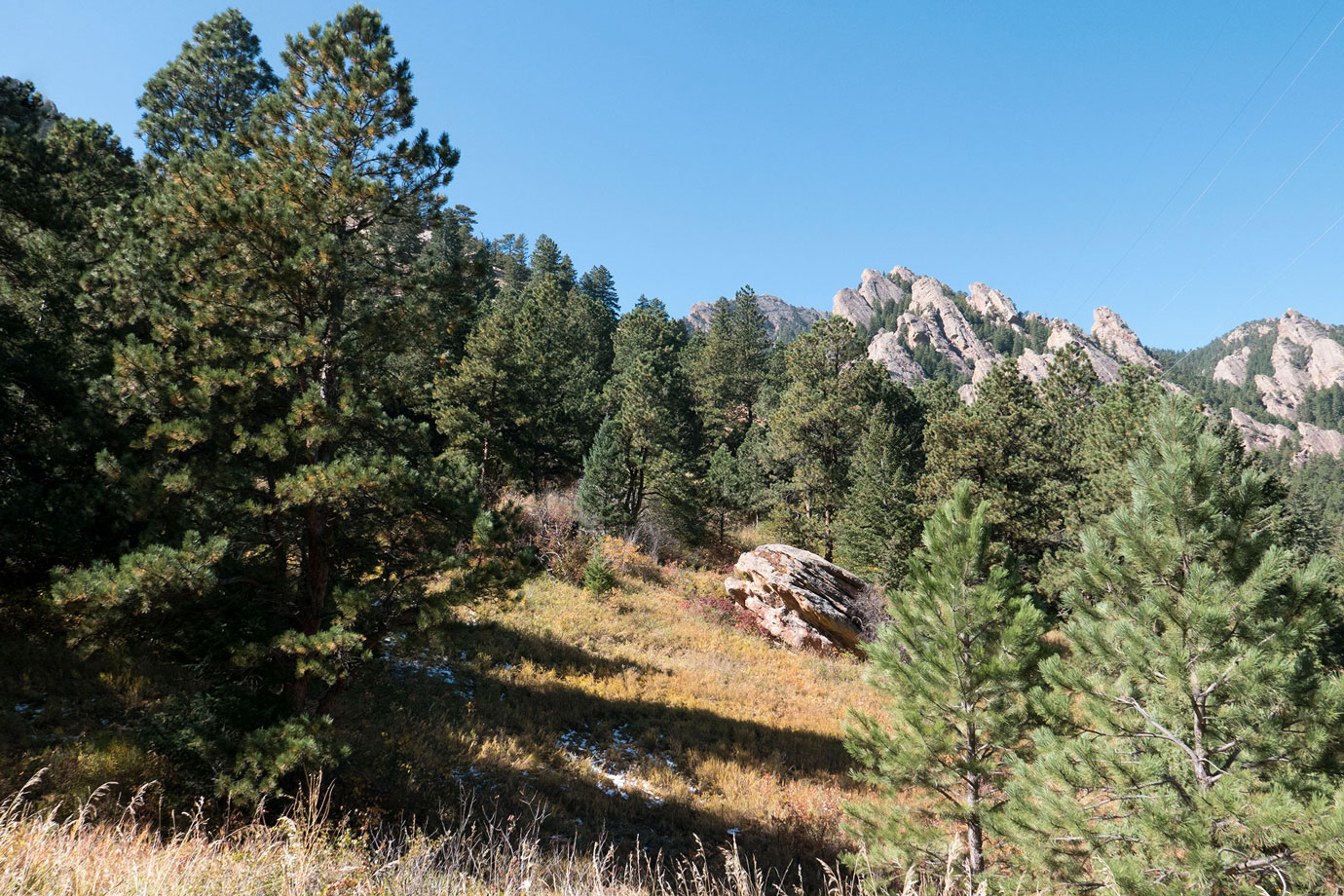 Today, it topped sixty-five degrees for the first time in two weeks. After a morning spent tackling chores, I snuck away for several hours of much-needed trail time. A late start meant I couldn’t drive to a distant trailhead, so I went to my favorite local standby: the Mesa Trail. It did not disappoint. The weather was perfect and the trail was in top condition despite the recent rain and flurries. The few puddles I encountered were easy to step over. The only snow patches that lingered were in the cool shadows cast by large boulders and clusters of ponderosa pines (Pinus ponderosa).

The sudden burst of warm weather, though enjoyable, brought with it one sobering challenge: rattlesnakes. They were out in droves. Fortunately, other hikers pointed out where they had heard rattles or sighted snakes along the trail. I wasn’t too worried at first. But then, when the trail meandered through a stand of tall grass, I heard a loud rattle over my right shoulder. I stopped cold and scanned the area. Not a snake in sight. Despite my best attempts, I couldn’t spot the rattler (not surprising). Which left me in a predicament. I didn’t know whether to step forward or turn back. After standing frozen for a long minute, I shrugged off my fear and continued on. What else was there to do? Levitation wasn’t an option. Luckily, the snake (wherever it was) let me go. 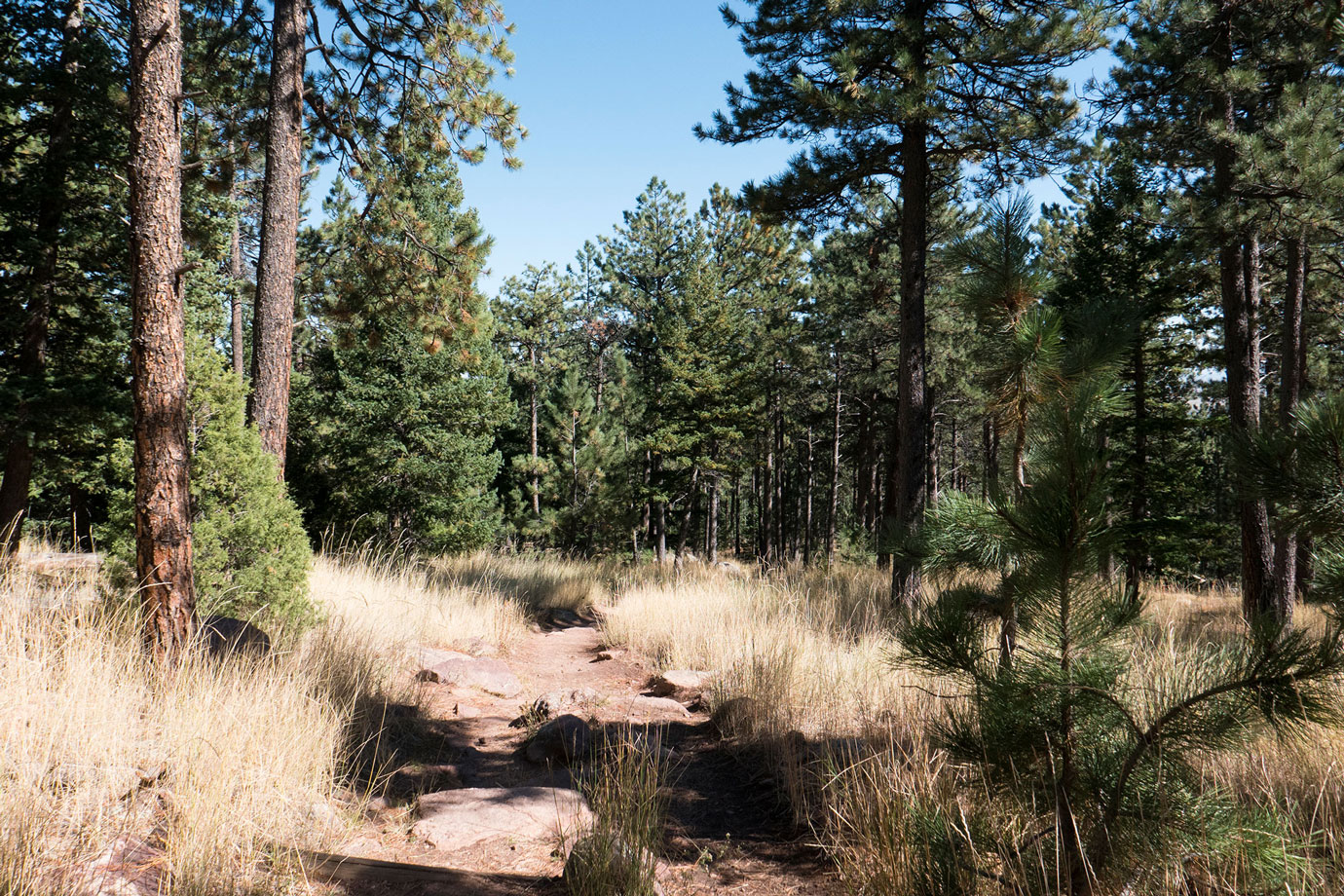 I followed the Mesa Trail for about a mile and then turned onto the Fern Canyon Trail. Once in the canyon, the air was lovely and cool but the trail was steep. My thighs burned and my heart pounded. I stopped to remove a layer of Smartwool and to catch my breath. As I rested, I surveyed my surroundings. I noticed numerous shaggy pine cones scattered on the ground. A quick web search (once home) revealed that these cones were likely shed by Douglas fir (Pseudotsuga menziesii) trees.

After resting, I continued on to the top of the ridge. When I reached the Shanahan Ridge spur, I followed it down to where it rejoins with the Mesa Trail. As I approached the trailhead, fellow hikers once again shared warnings of the numerous rattlesnakes they had heard and seen. Thus cautioned, I resumed my tiptoeing while scanning for vipers (which was ridiculous really, considering how superbly camouflaged they are). Thankfully, I escaped their detection and made it back to the parking lot without provoking any additional rattles.

Tags for this entry:   autumn · foothills · hiking · rattlesnakes
« Previous · The Beauty of Plan B
Emerald Lake Overlook · Next »

Today’s forecast was chock-full of snow flurries and grim temperatures which meant that many hikes in Rocky Mountain National Park were likely to be treacherous.

During the winter, Many Parks Curve is the end of the line for anyone driving eastward through Rocky Mountain National Park along Trailridge Road.