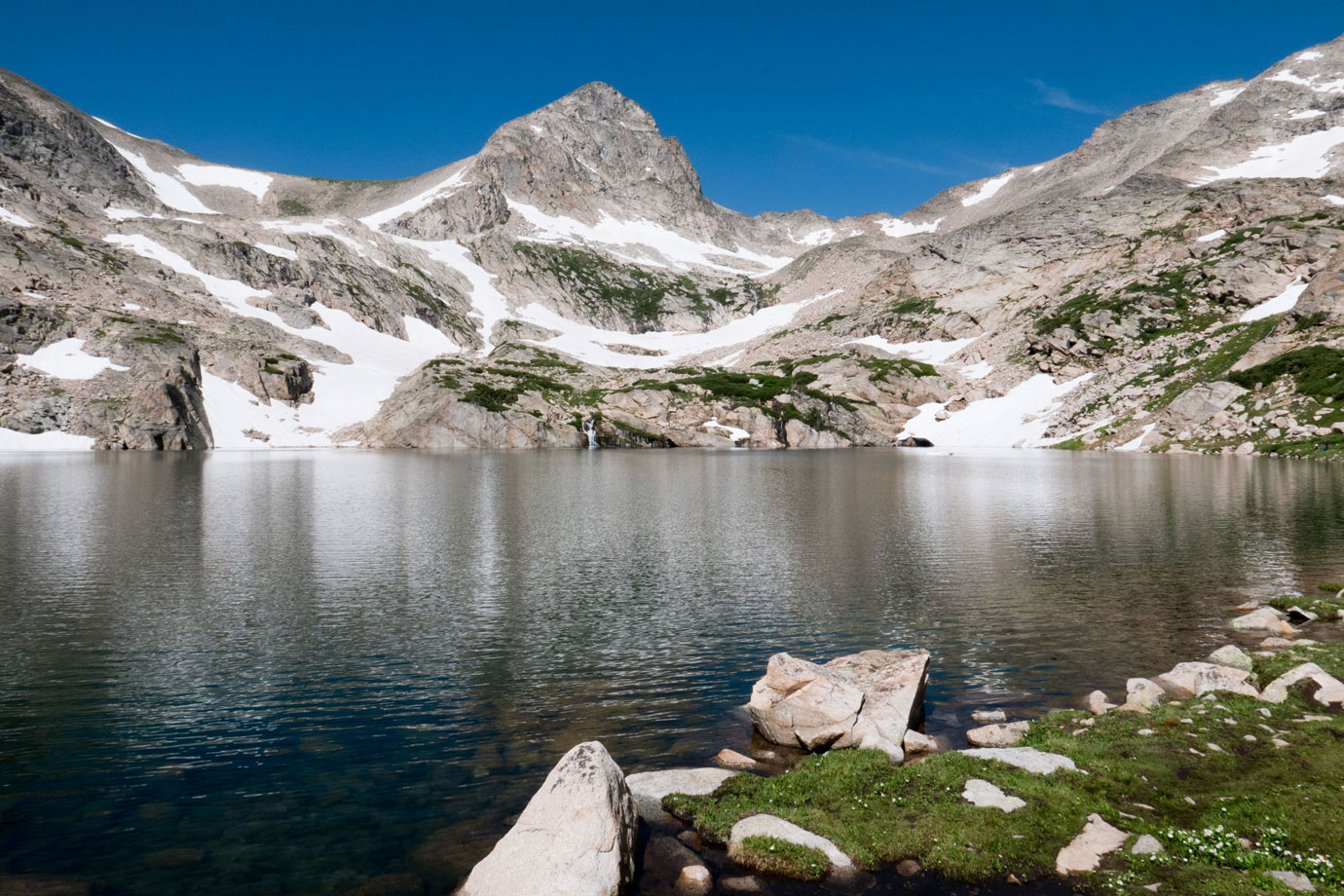 Today I continued my exploration of Indian Peaks Wilderness with a hike to Blue Lake, a gorgeous alpine lake situated in the cirque beneath Pawnee Peak, Mount Audubon, Paiute Peak, and Mount Toll. I took this photo about a mile before reaching the lake. It shows some of the abundant wildflowers that line the trail for most of its length.

Farther along the trail is this rock formation, which borders the hanging valley just below Blue Lake. The air is noticeably thinner by this point, as it is now above 11,000 feet.

And finally … Blue Lake! That’s Mount Toll in the distance. Another smaller tarn, Little Blue Lake, rests on the terrace above Blue Lake but that’s a trek for another day. 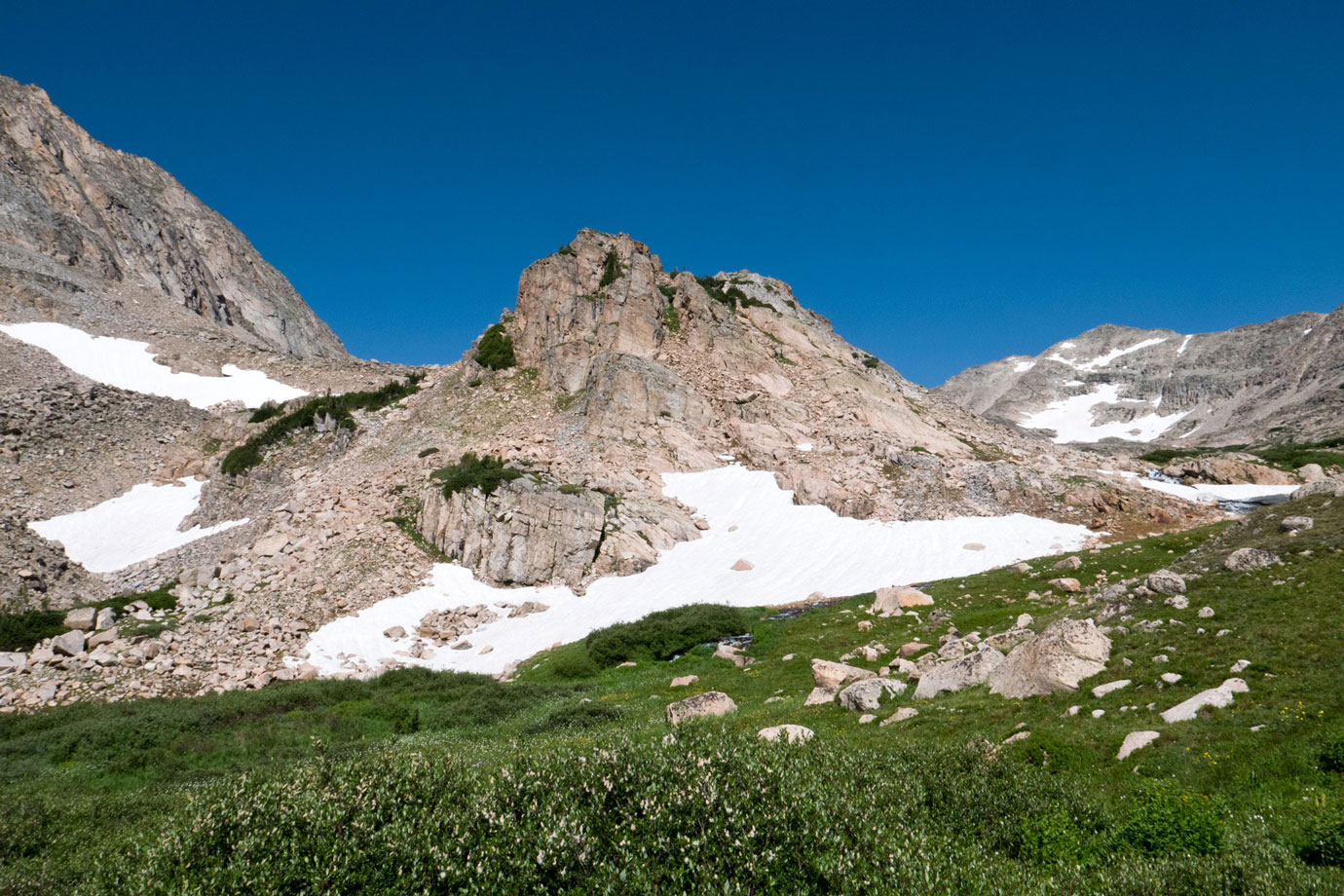 On Sunday we get a slow start. We eat a leisurely breakfast and then wander around Flagstaff for a while, exploring a few places we have yet to see.