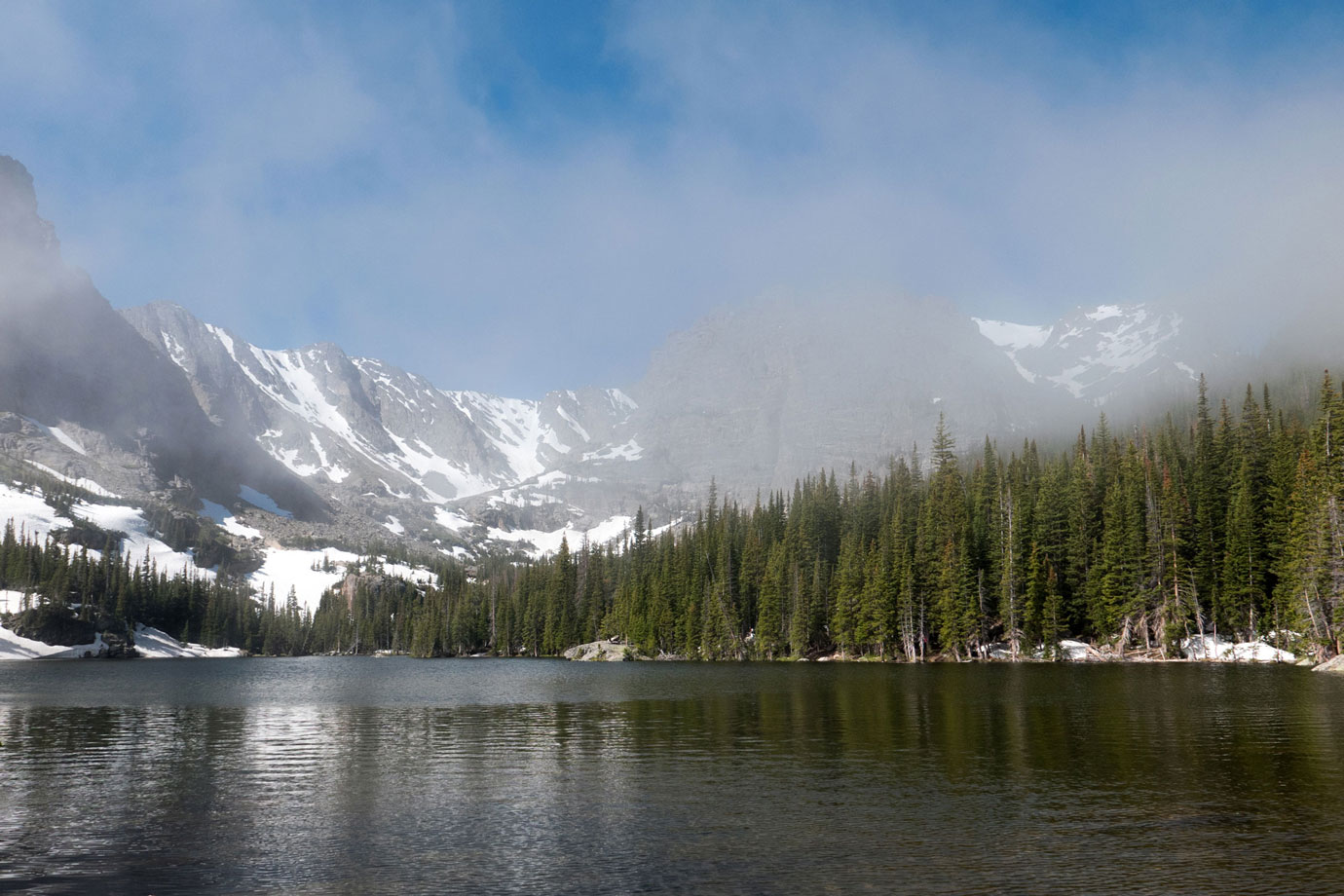 After two weeks of work-related turmoil, I find myself in desperate need of a break. I take the day off and venture up to the Glacier Gorge area for a day of hiking. It being late June, I expect the trail to be snow covered at higher elevations. I plan only to hike to The Loch, so I leave my microspikes at home. 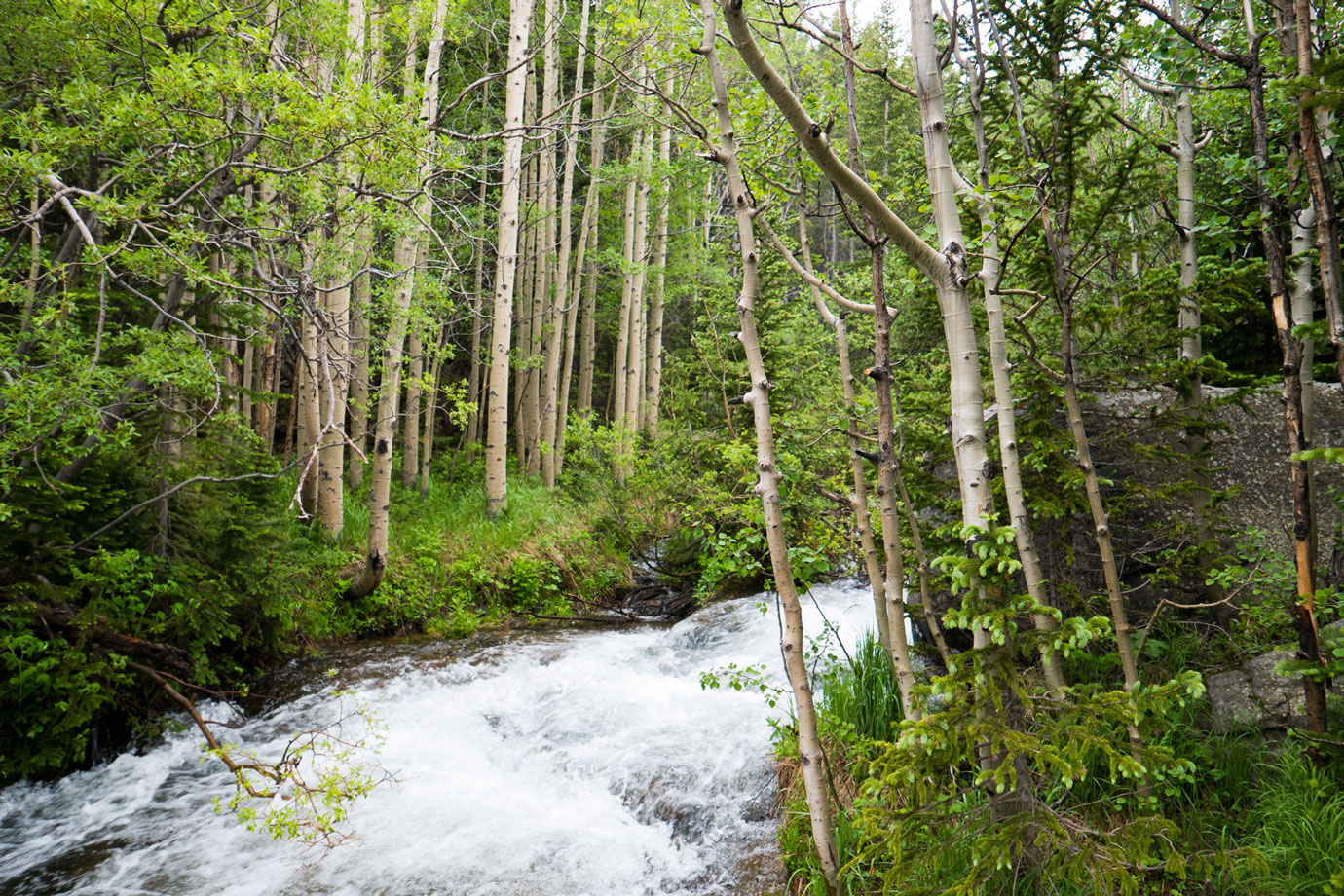 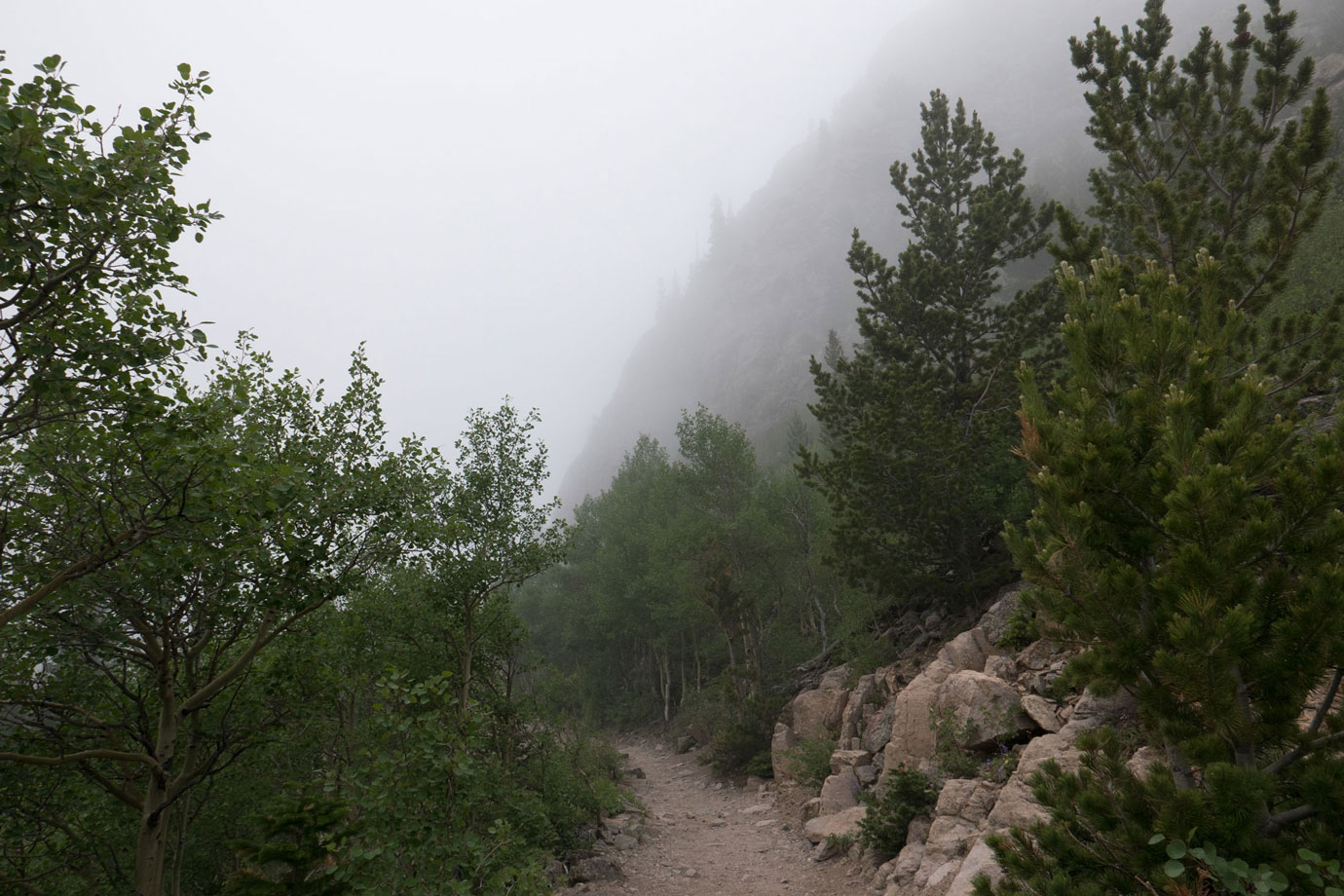 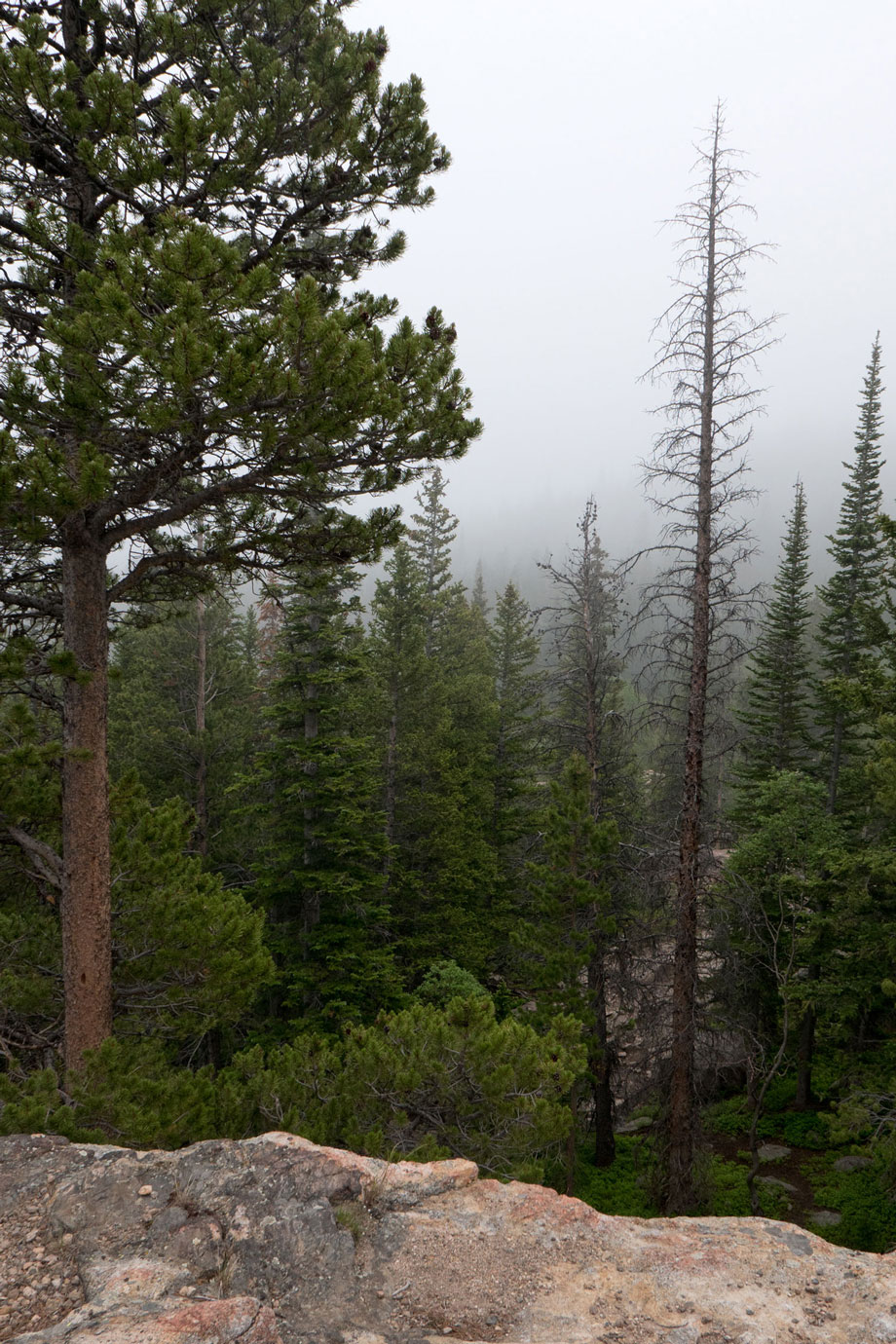 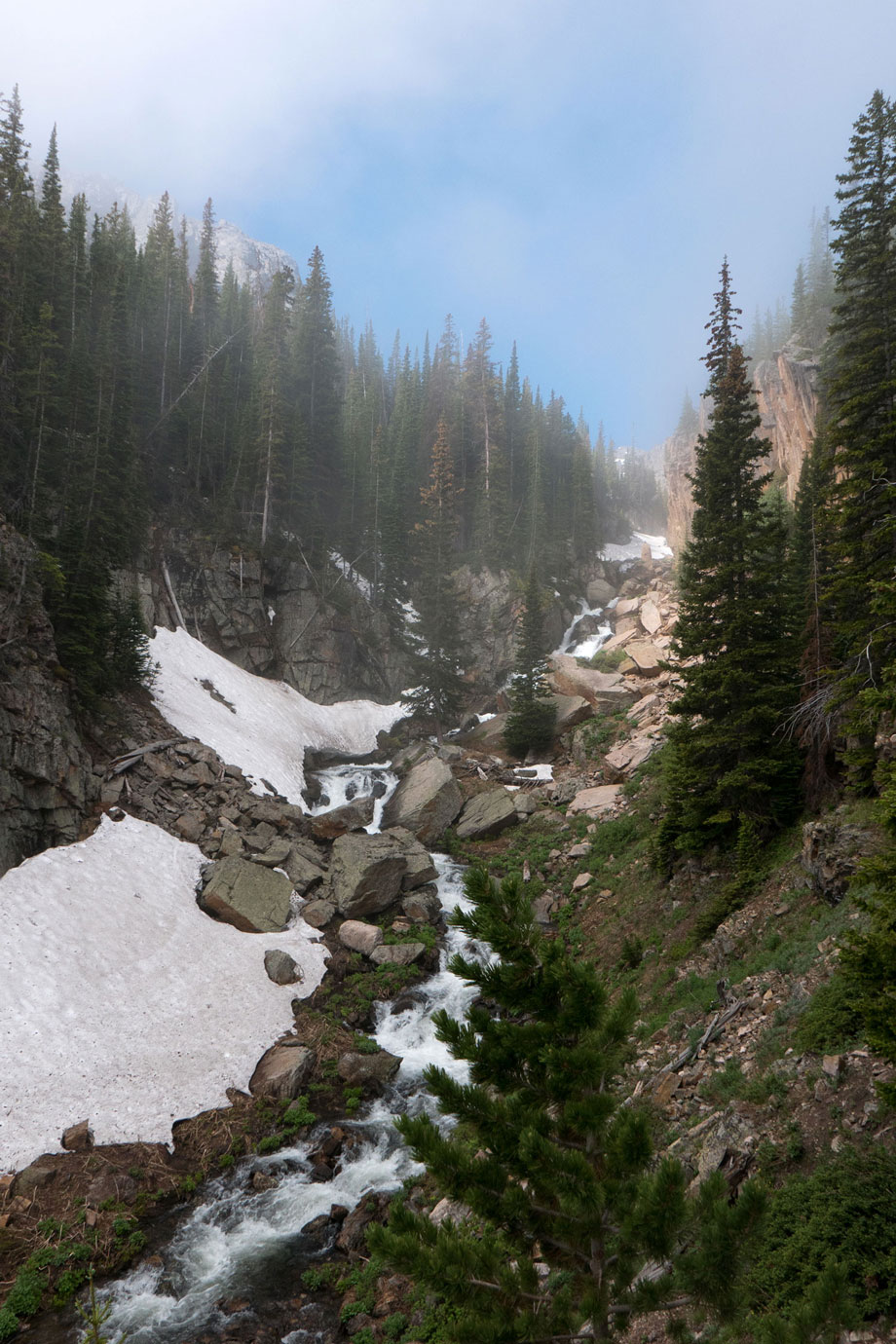 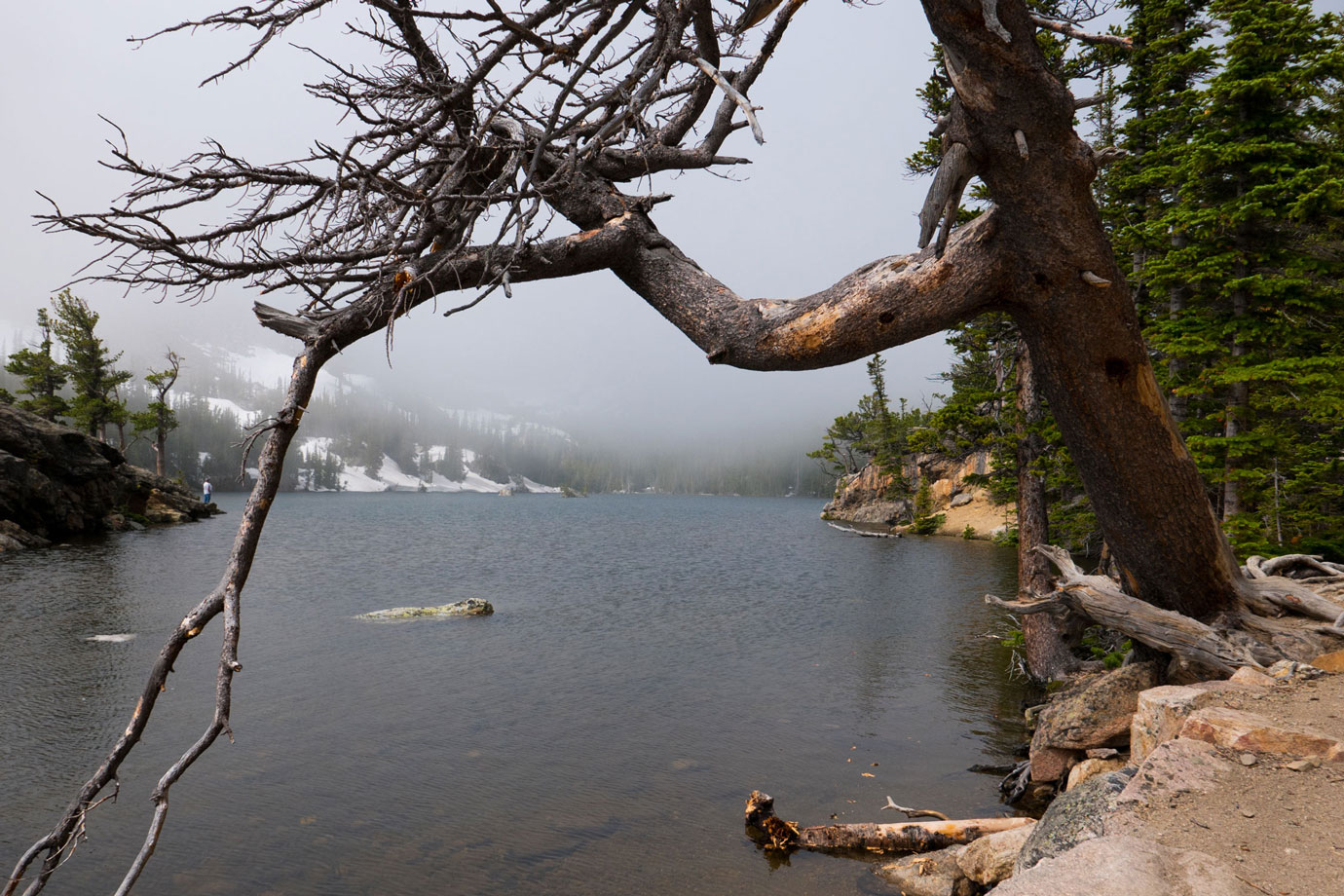 A short video clip I took while watching the fog drift through Loch Vale. 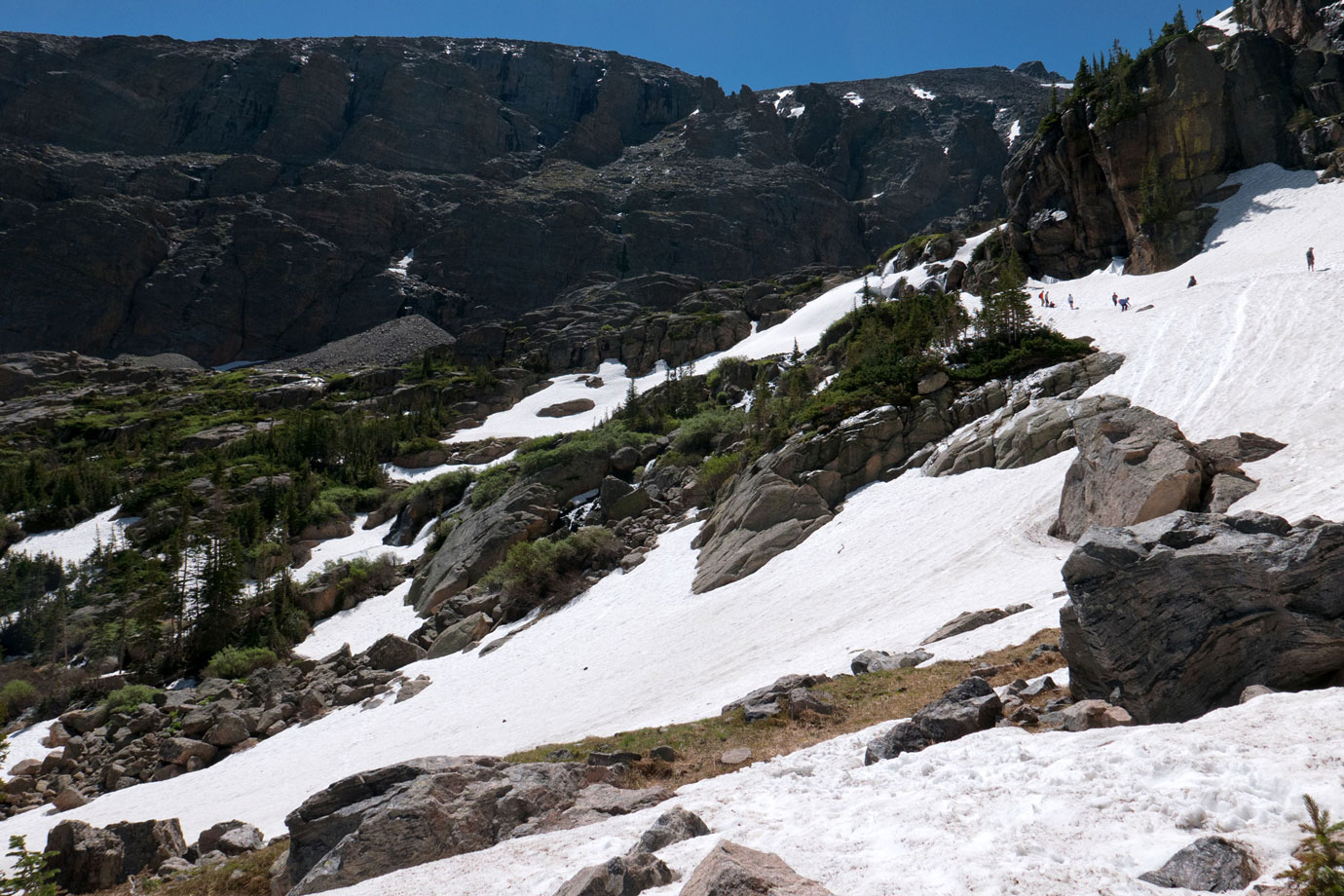 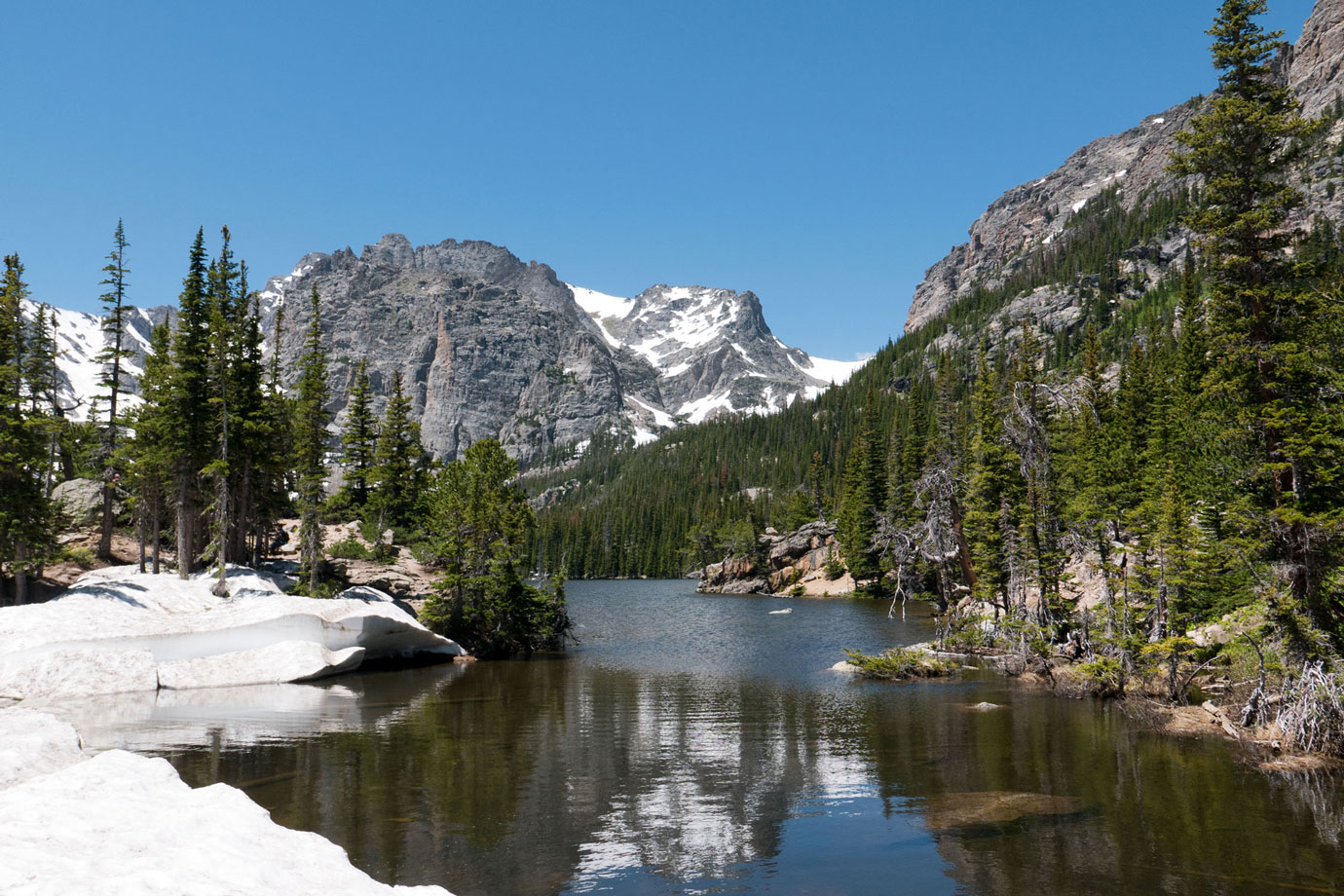 Tags for this entry:   alpine lakes · hiking
« Previous · On the Trail Again
Sourdough Trail · Next »