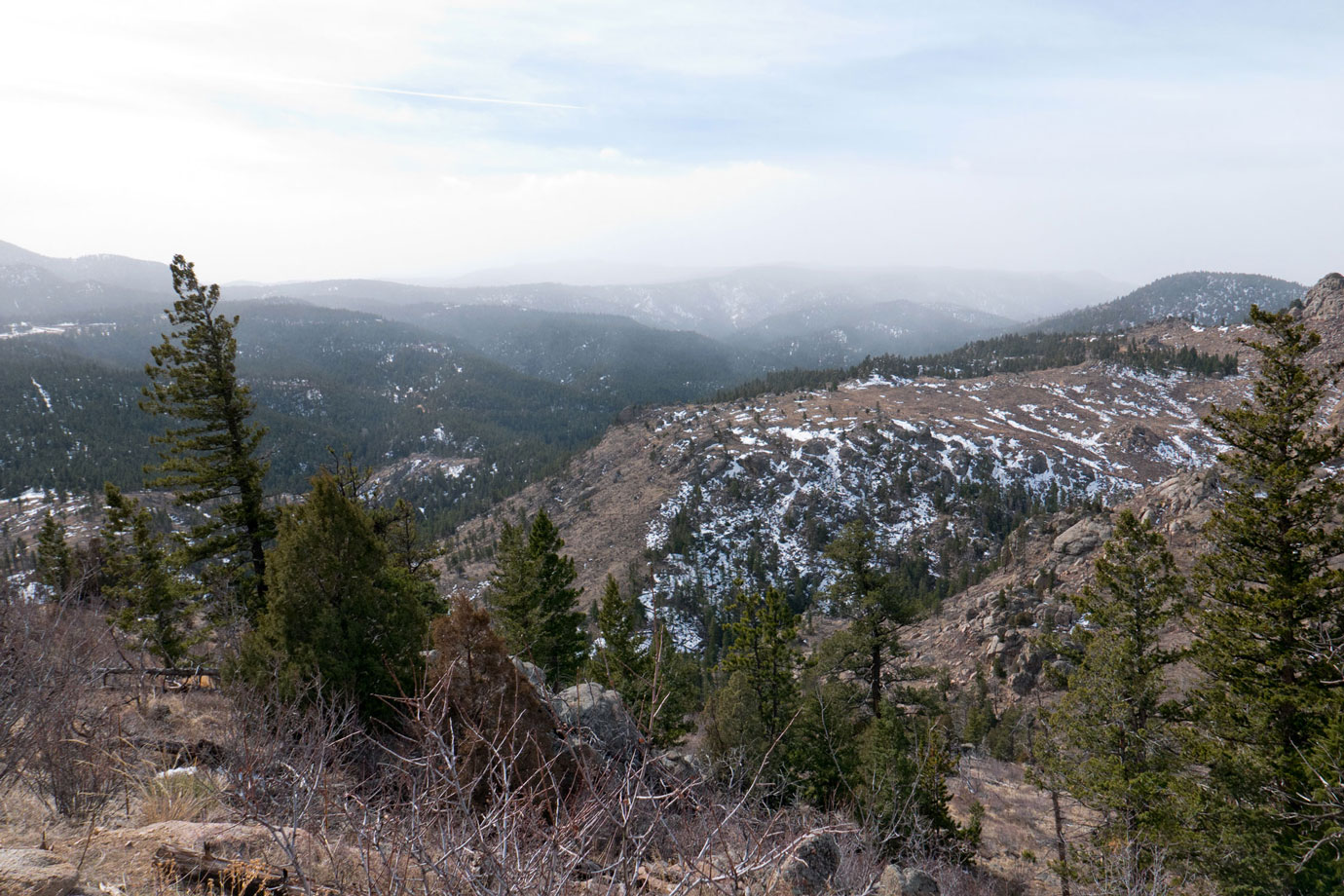 Since moving to Colorado several years ago, I have been trying to explore all of Boulder County’s trails, parks, and open spaces. There are just so many such places that it’s taking a long time. Fortunately, today, I add a new open space to list of those I’ve visited: Walker Ranch. During this initial visit, I hike only a short distance. I make a quick reconnaissance-style amble along the Walker Ranch Loop Trail for about a mile. This first trip serves as a find the place, wander around enough to know how to plan a proper visit trip.

One thing immediately apparent to me is that Walker Ranch rests in a corridor that can be very windy. I drive along Flagstaff Road, around and over the northern flanks of Green Mountain. Gusty bursts of wind jolt and rattle the car. By the time I arrive at Walker Ranch, the wind intensifies. Instead of being intermittent it now blows constant. It reminds me of the gales we encountered in Cornwall back in December. 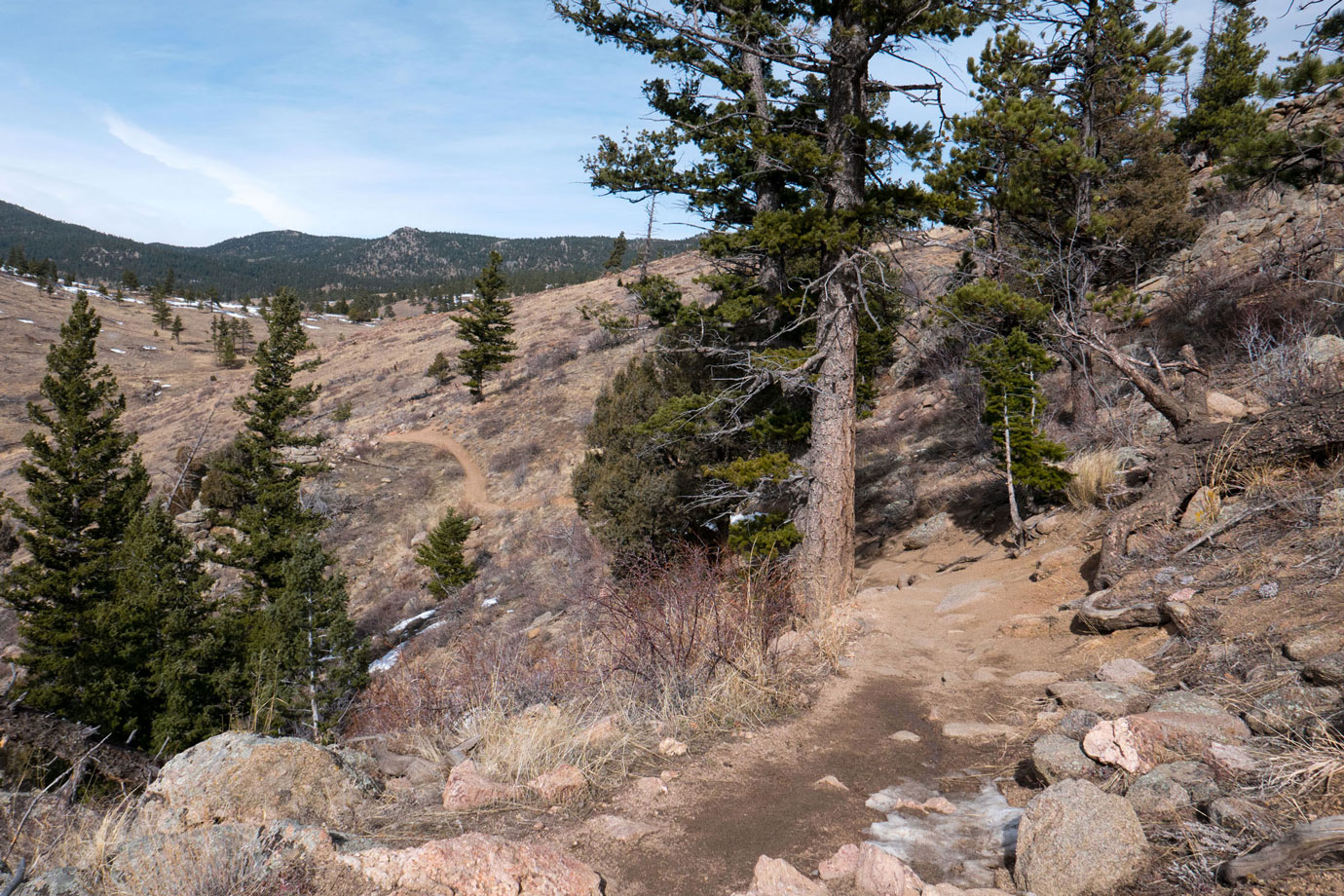 The wind at Walker Ranch originates in higher elevations to the west. It brings with it a sparse, frozen mist and tiny ice pellets that float on the air currents. In the distance, the higher ranges remain obscured by what appears to be a frozen fog. Despite this frosty, airborne mix, the wind is not particularly cold. It’s more unsettling than bone-chilling. I’m pushed and shoved as I make my way along the trail. This must be a chinook wind, I think to myself.

Chinook winds frequent the Boulder area most often in the month of January, though they can occur at any time of year. Such winds form when atmospheric circulation encounters high mountain barriers—in this case, the Rockies. The mountains push the air upward as it moves according to the prevailing west-to-east weather pattern. When the air currents reach the eastern edge of the Rockies, they ripple and tumble down the slope to lower ground.

Chinook winds carry with them warm, dry air that melts as much as a foot of snow in an hour. The airflow that produces a Chinook also creates unique cloud formations called lenticular clouds. These lens-shaped clouds float adjacent to the mountains, above the foothills on the leeward slope.

Chinook winds are not unique to the Boulder area. They occur wherever mountains obstruct the path of strong currents of air. In the European Alps, locals call them the foehn, in Argentina the zonda, in Poland the haley wiatr, in Java the koembang, and in California the Santa Ana. Meteorologists simply refer to all as downslope winds.

In addition to the intensity of the wind at Walker Ranch, I also notice that the area is parched. The trails are dusty and only a few patches of snow remain. Muddy, mucky puddles, that so often form on the Hall Ranch and Rabbit Mountain trails this time of year, are not present here. Instead, the melting patches of snow quickly evaporate under the constant, swirling breezes.

I snap a handful of photos and consider my next visit. The Walker Ranch Loop Trail is about 7 miles long, a perfect distance for early spring workouts. I might even try to mix hiking and trail running here, as the trails are relatively clear and should provide a novice trail runner like myself some excellent training ground that isn’t strewn with rocky rubble to trip over. 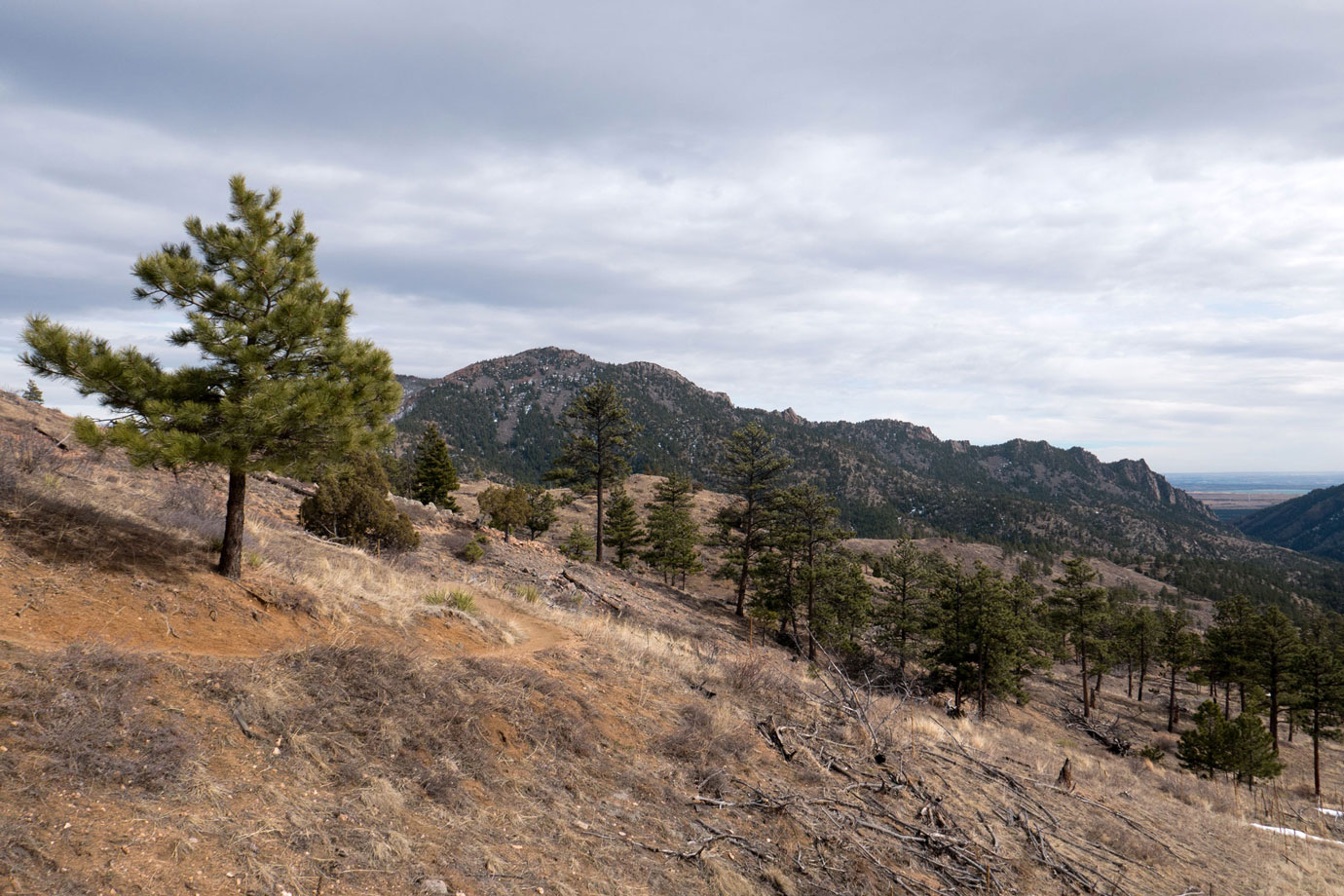 My gear selection and backpack loading is improving with each little adventure I embark upon. This weekend I discovered that, in some ways, I’ve become rather efficient at packing for a hike.