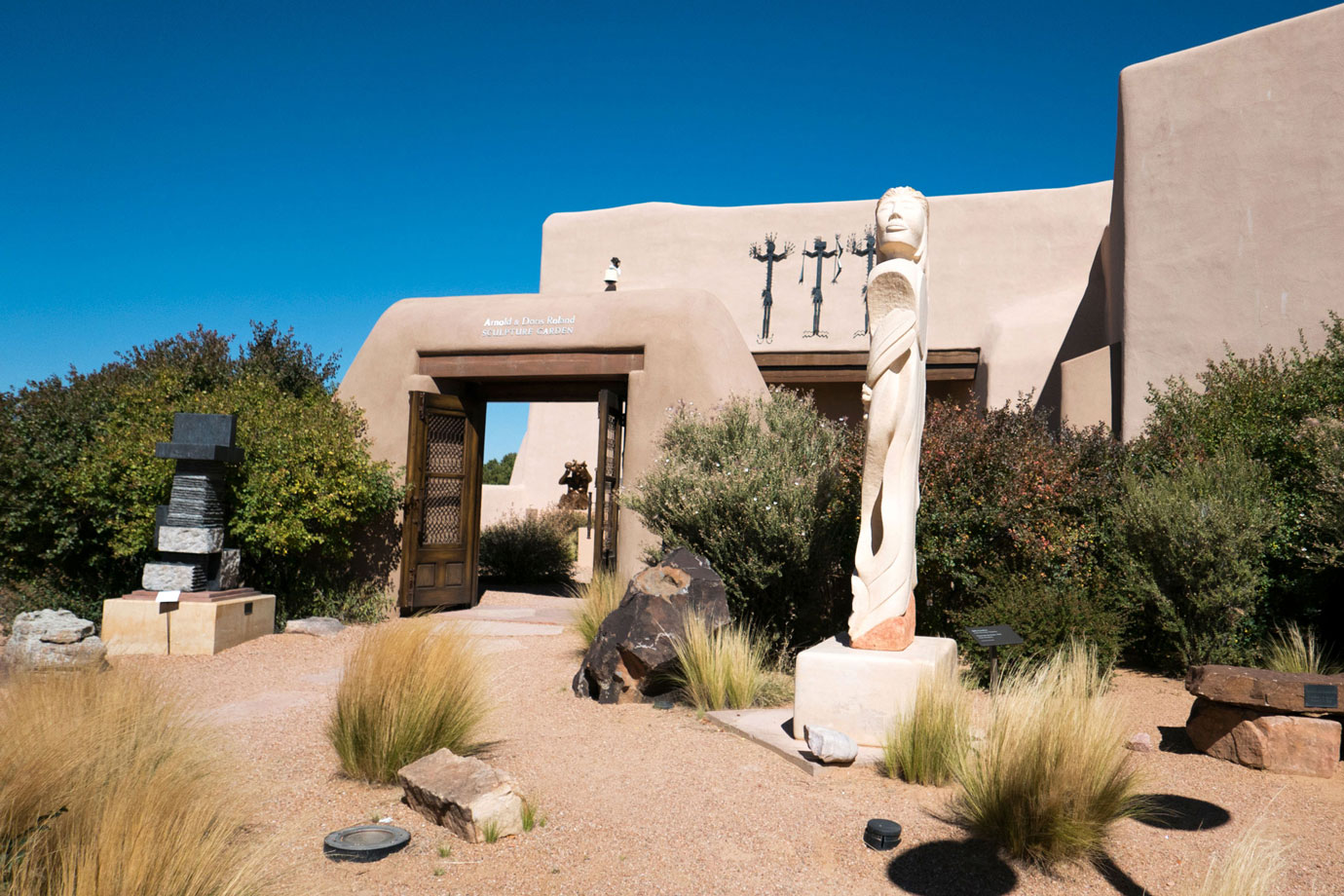 This past weekend, I made a brief roadtrip to Santa Fe to visit a former high school classmate of mine who moved there several years ago. On my journey southward, I followed US 285 instead of I-25, the more traditional thoroughfare from Denver to Santa Fe.

The US 285 route heads west out of Denver into the mountains where it first transects Pike National Forest, then San Isabel National Forest. After hundred miles or so, the road turns south and flattens out onto a high plateau where it is flanked on either side by the Rio Grande National Forest. Somewhere north of Alamosa, US 285 passes by Great Sand Dunes National Park and for a few miles I resisted the temptation to turn in and have a look around. The sand dunes, however great, would have to wait: they were not on my itinerary. Instead, I continued southward until mountains and plateaus yielded to mesas, volcanic cones, and pinyon pines. 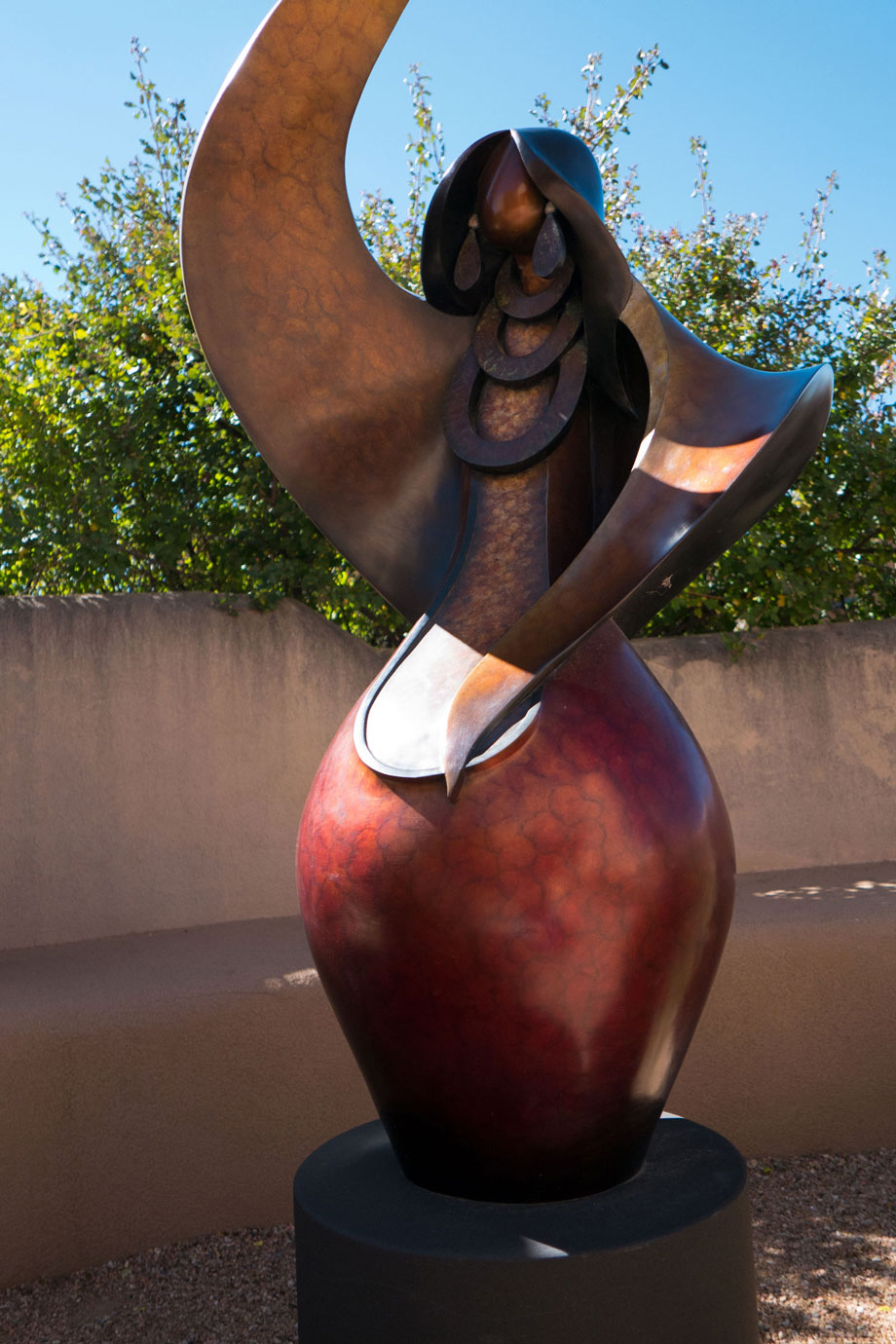 A lovely sculpture at Museum Hill … 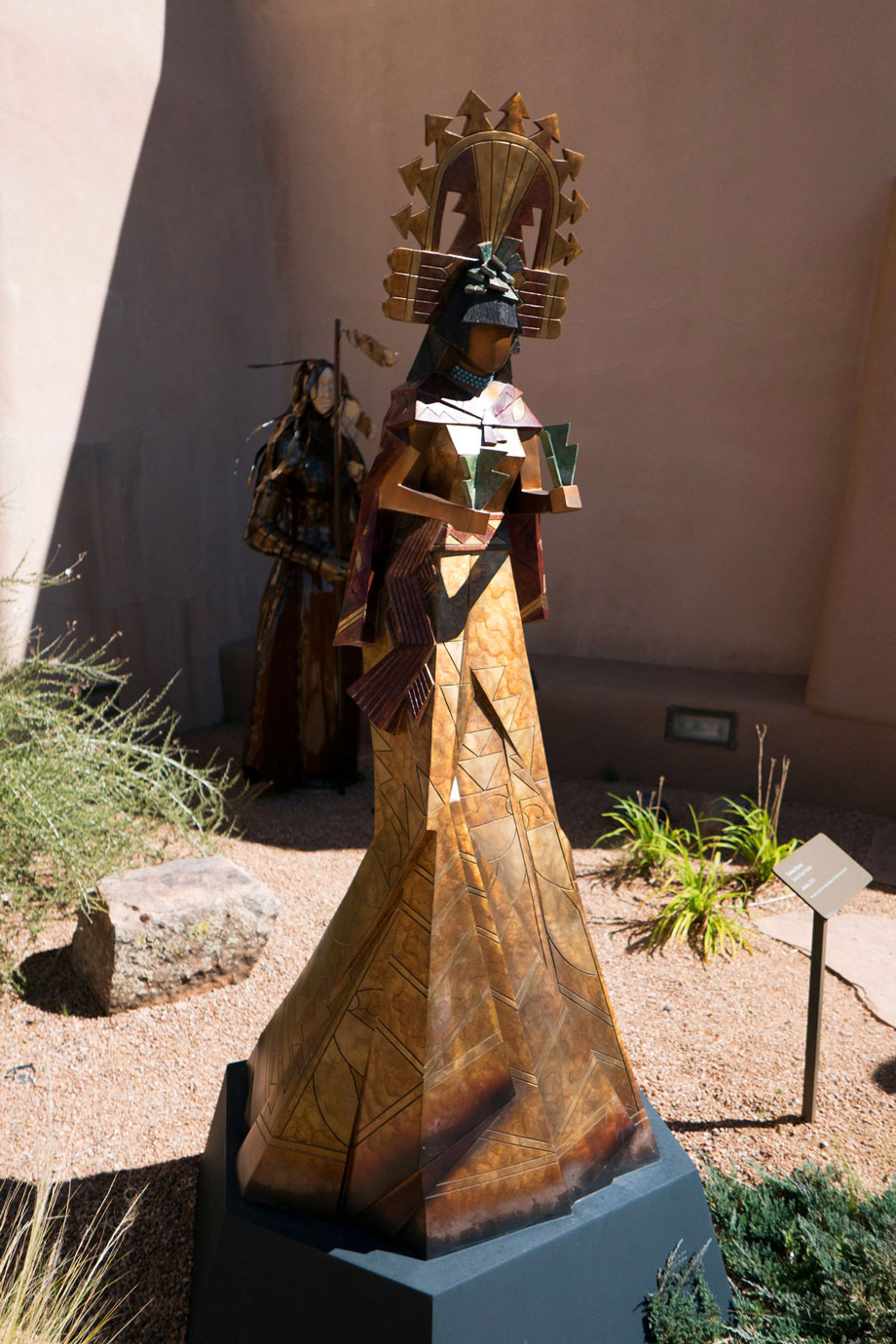 South of the Colorado-New Mexico boarder, US 285 enters the Rio Grande del Norte National Monument, a stunning region that includes parts of the Taos Plateau. One of the world’s greatest bird migratory routes passes through this region: the Rio Grande Migratory Flyway. Sandhill cranes, hummingbirds, avocets, willers, ospreys, and merlins are among the species that follow this flyway as they commute between wintering and breeding grounds each spring and fall.

I was pressed for time so regrettably I didn’t stop to take any photos during my southbound drive. Perhaps next summer I’ll follow this route again to photograph its immense beauty and, perhaps, do some birdwatching. 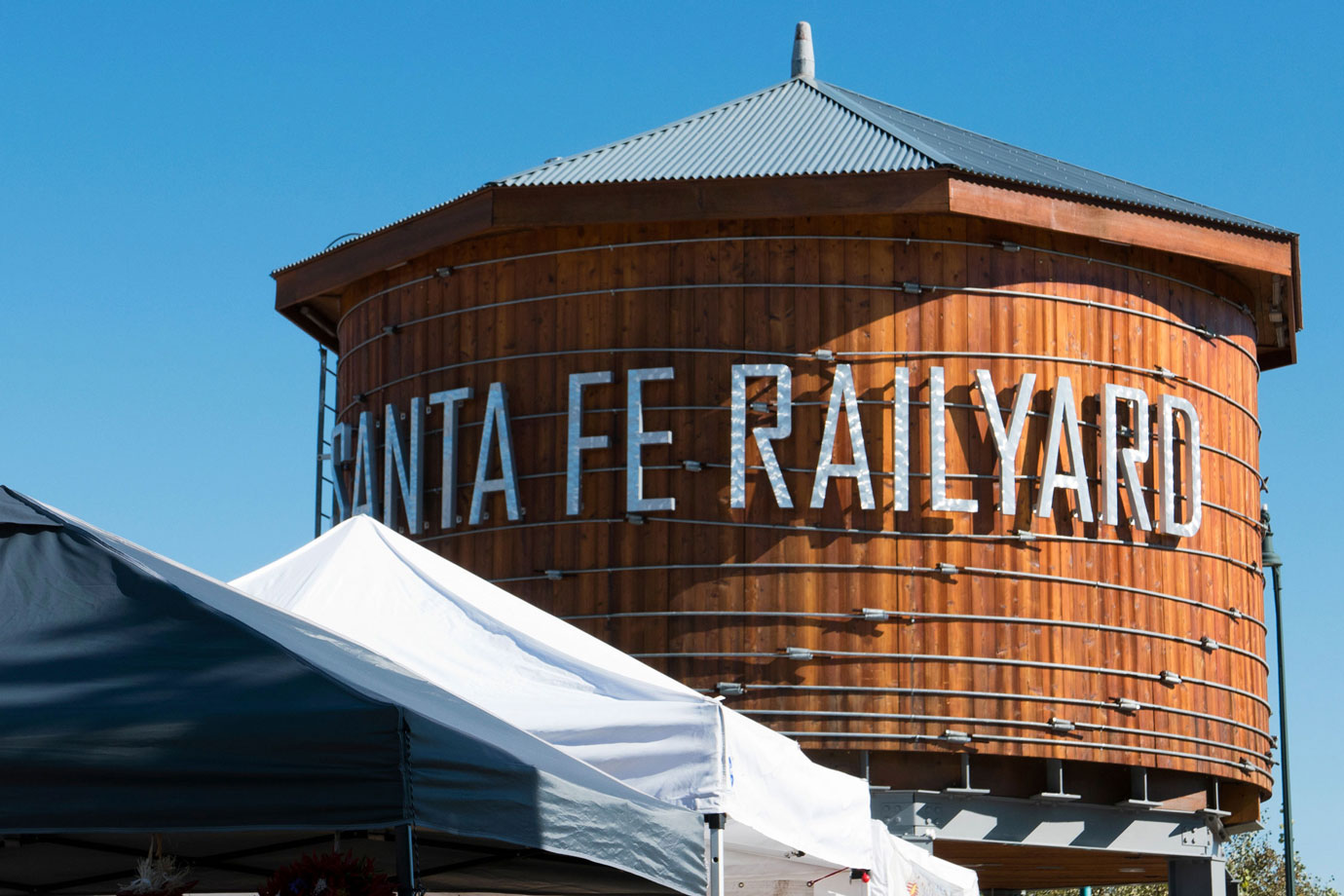 The water tower at the Santa Fe Railyard Park and Plaza.

I arrived at my friend’s house in the early evening. She lives about a half-hour outside of Santa Fe proper, so we dined at her house and enjoyed a low-key evening in. On Saturday, we spent the day exploring a handful of Santa Fe’s many attractions. We visited Museum Hill and wandered the Museum of International Folk Art and the Museum of Indian Arts and Culture. We also went to the Santa Fe Farmers’ Market, a truly remarkable market in terms of both the quality and variety of foods that were available. In the evening, we had dinner at Restaurant Martin, which serves up platefuls of award-winning progressive American cuisine. It was delicious. 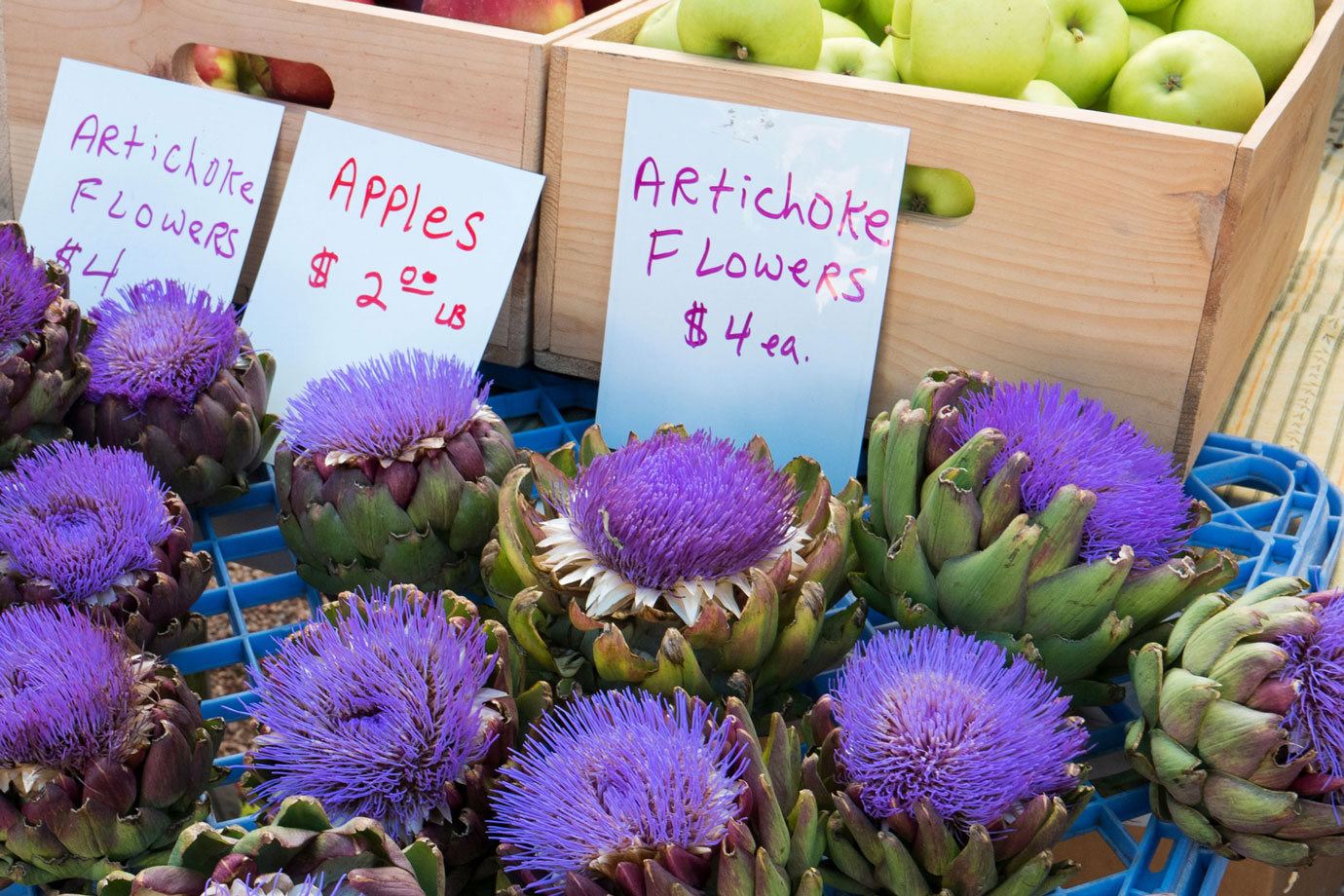 On Sunday after breakfast, I bid goodbye to my friend and generous host. I then started my long drive back to Denver. As I headed northward along I-25, I thought about Santa Fe. I realized that during this visit, as with my previous visit in 2013, I sensed a unique atmosphere there, a mixture of natural beauty and fragility. But it’s more than that, Santa Fe is an old city with a deep and complex human history. It’s a very special, moving place where the echoes of its past linger in the air today. 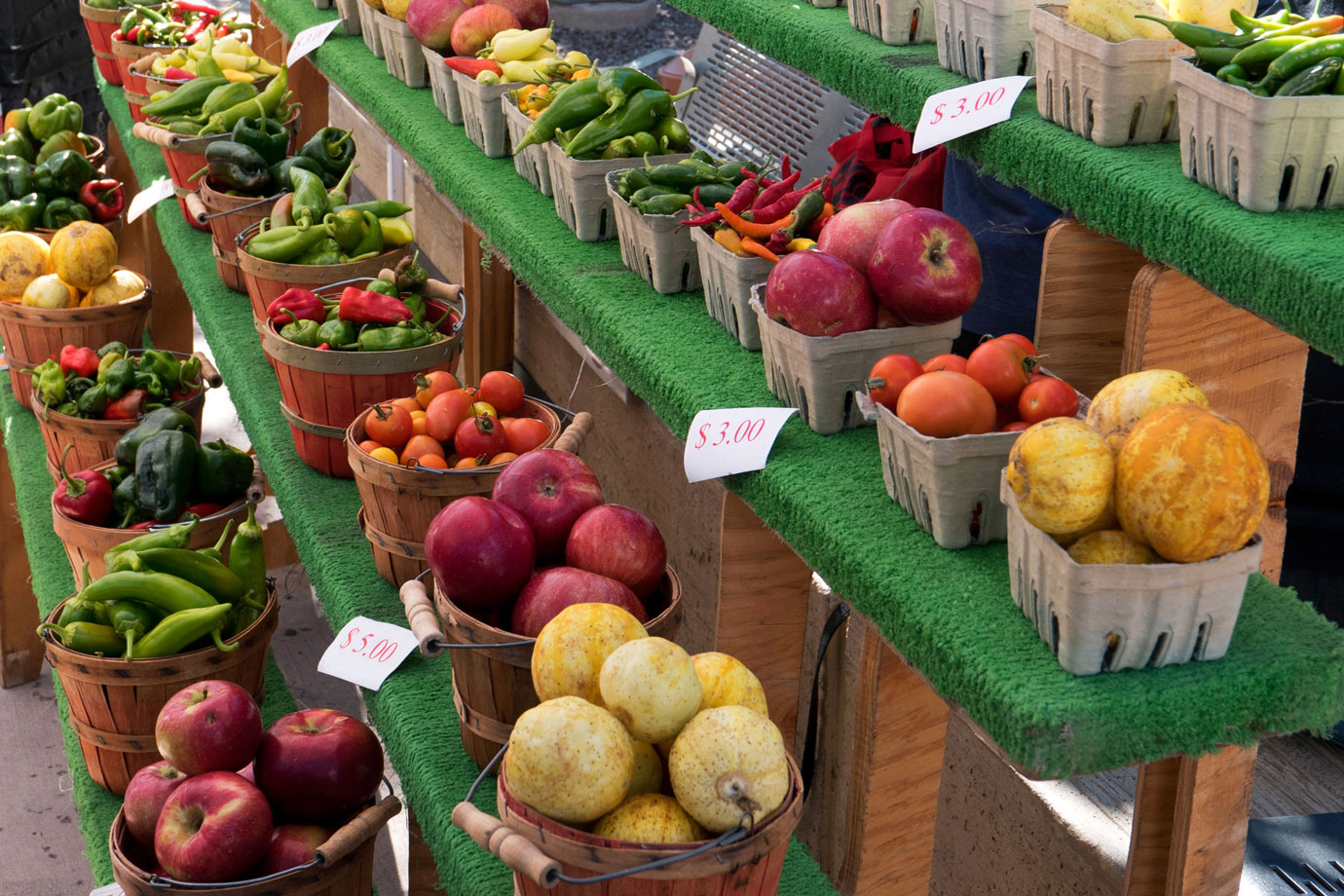 There’s plenty of produce, even in October, at the Santa Fe Farmers’ Market.
Tags for this entry:   road trips · santa fe
« Previous · Altitudinal Attitude Adjustment
Snow At Elevation · Next »