An Explosion of Wildflowers 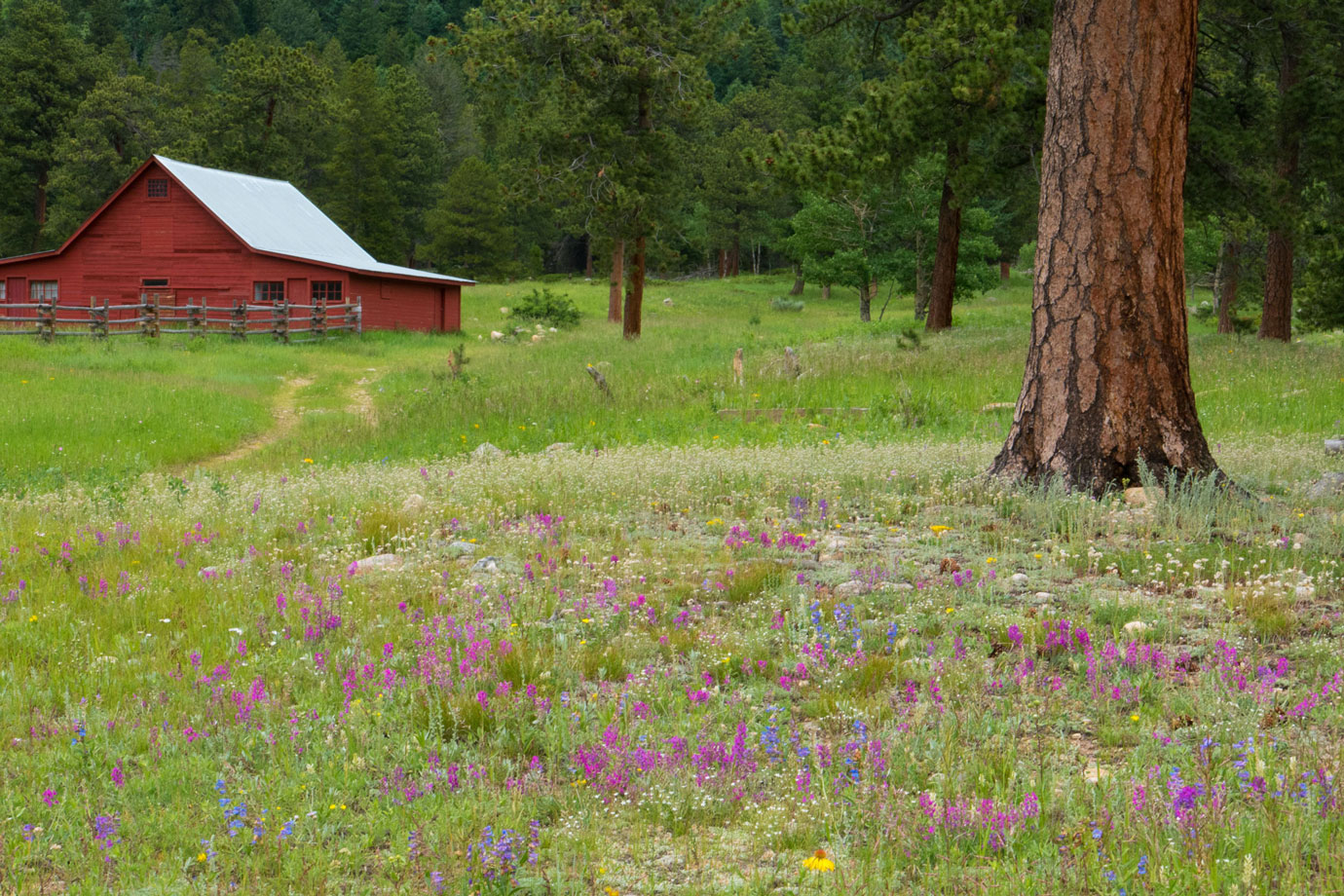 The 4th of July weekend caught me by surprise. Where did June go? A whole month—gone in the blink of an eye. And one of my favorite months of the year, no less! This is not excellent. Sometime back in May I must have shifted into high gear and not realized it. I have a vague recollection that it all began as a minor ripple at work—a new project that snowballed into a rat’s nest of new responsibilities and then mutated into a shit-storm of paranoia, blame, and hidden agendas. Consequently, I’ve been in overdrive for weeks and have only now noticed the accelerating rush of this wonderful summer, as the first half of it fades out of sight. 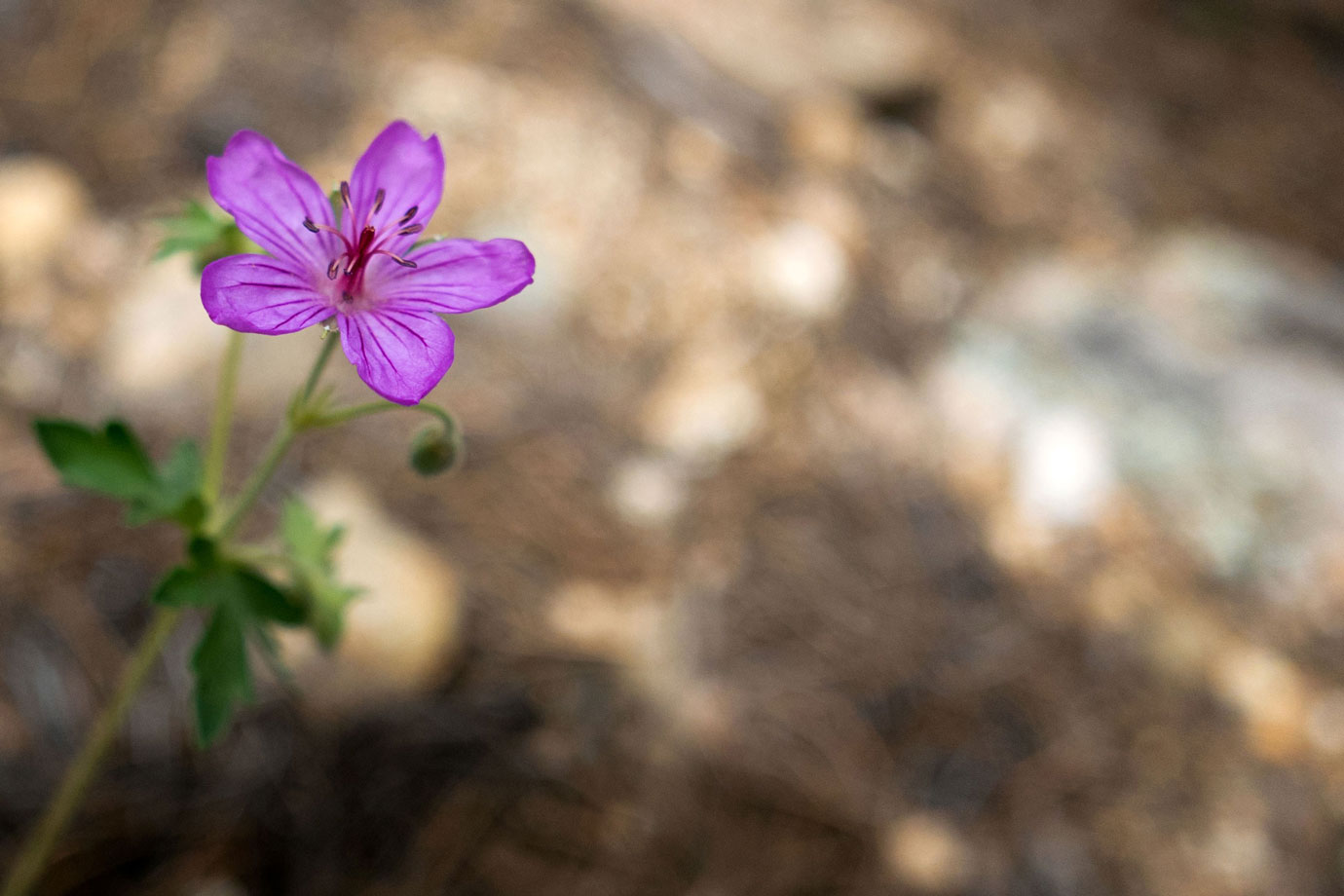 This is no way to spend my days. It’s time to downshift. 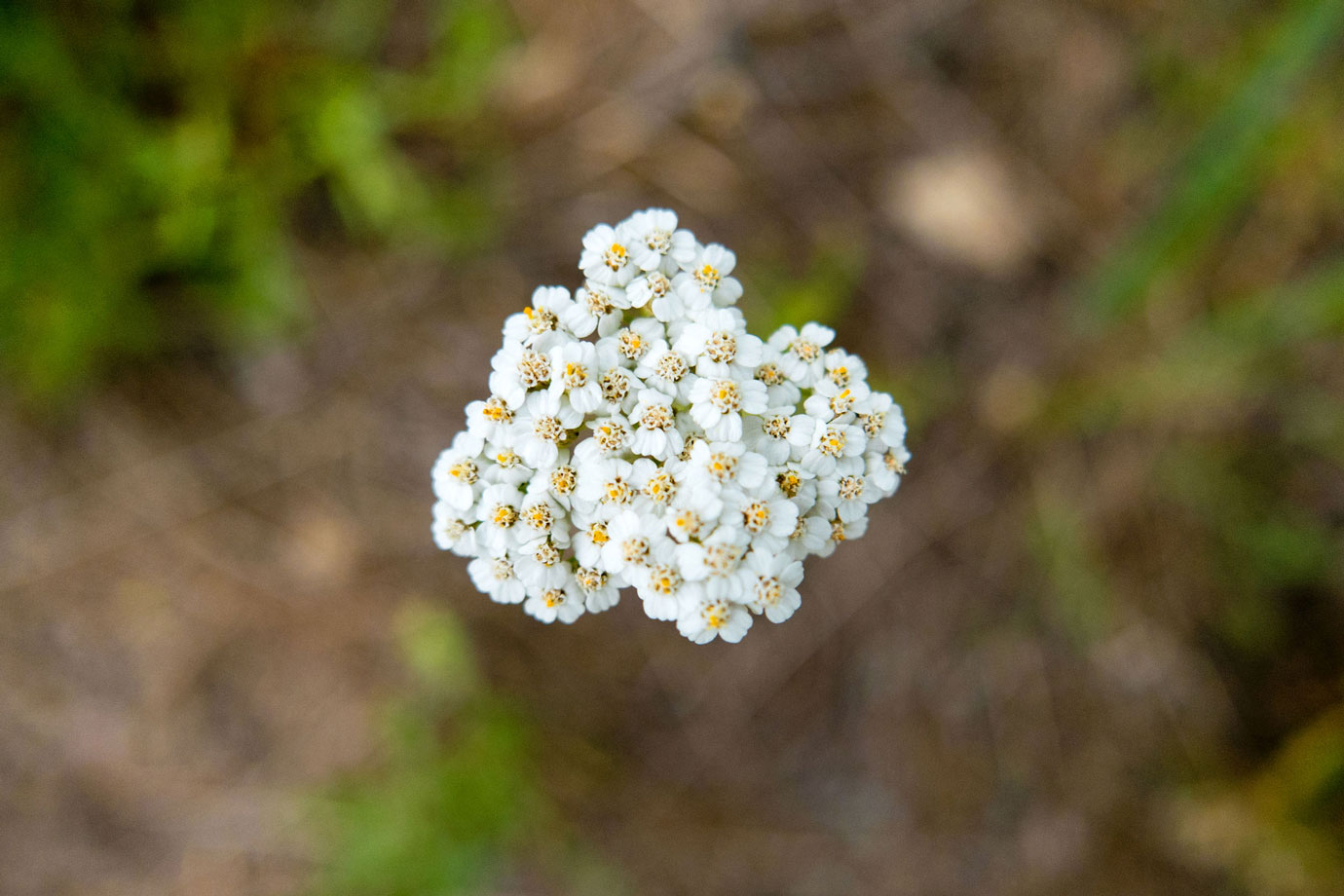 It’s also time to get outdoors and smell the wildflowers. 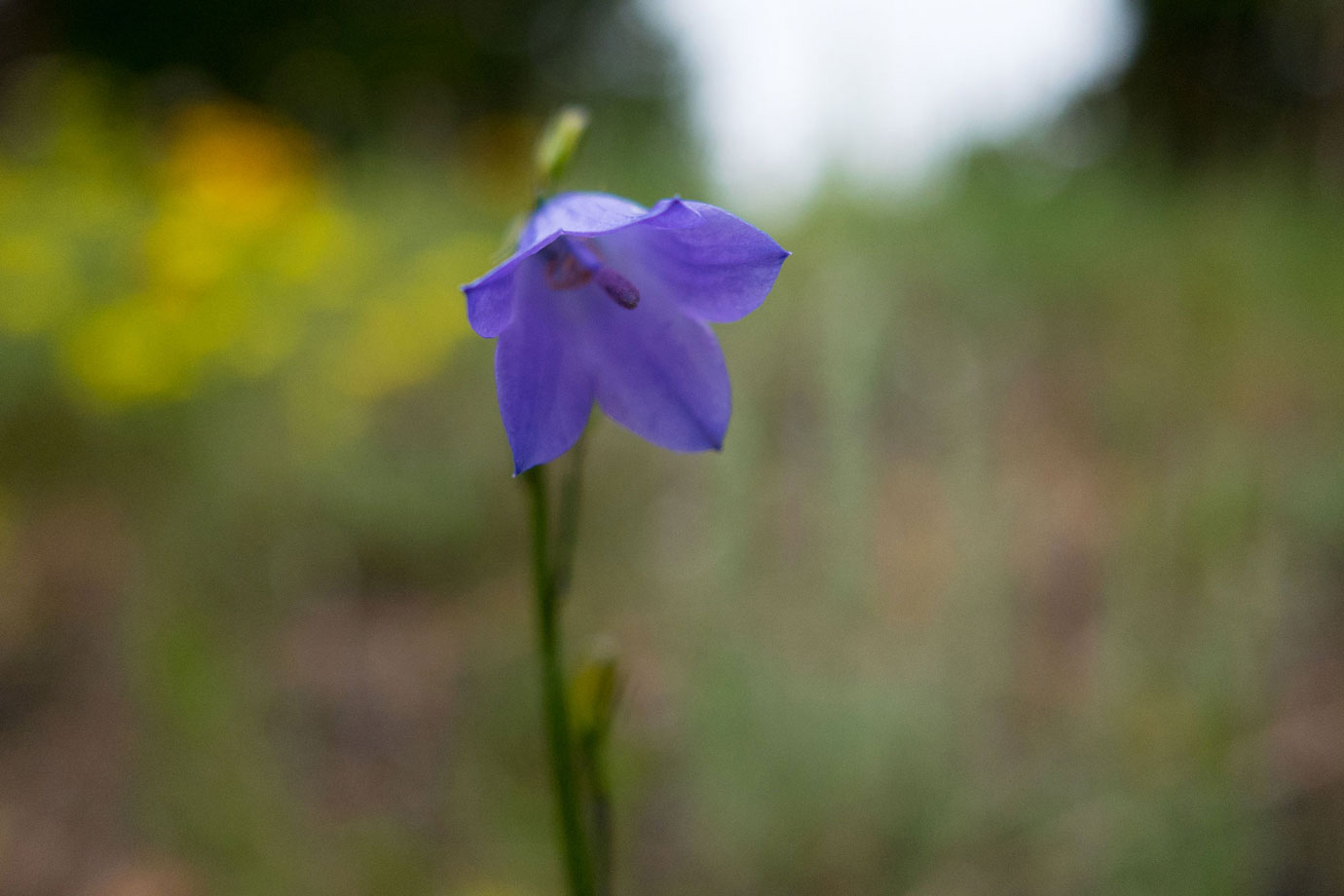 Have you seen Colorado’s wildflowers when they are in full, riotous bloom? 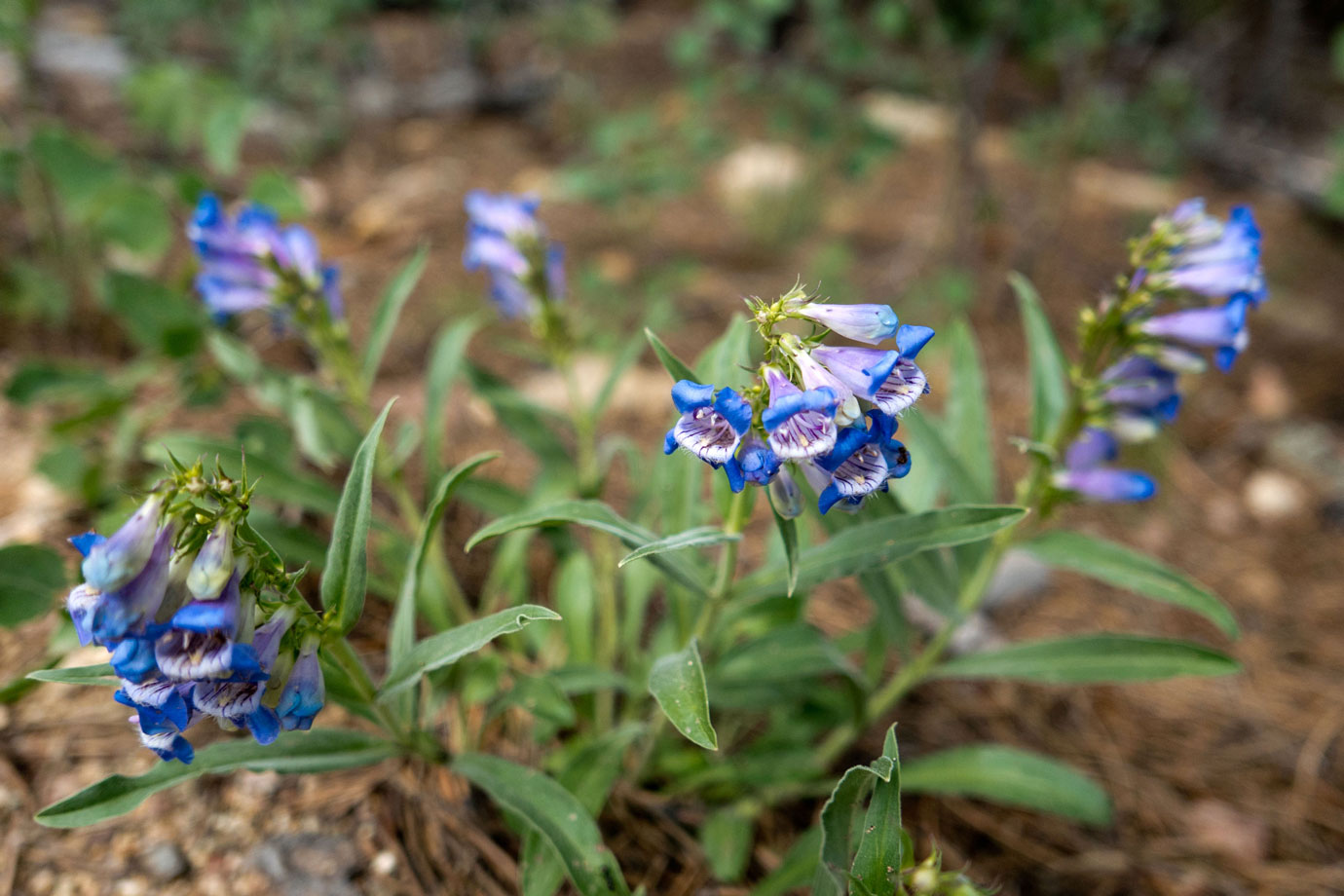 It’s a sight to behold: the stuff of paintings and poems. 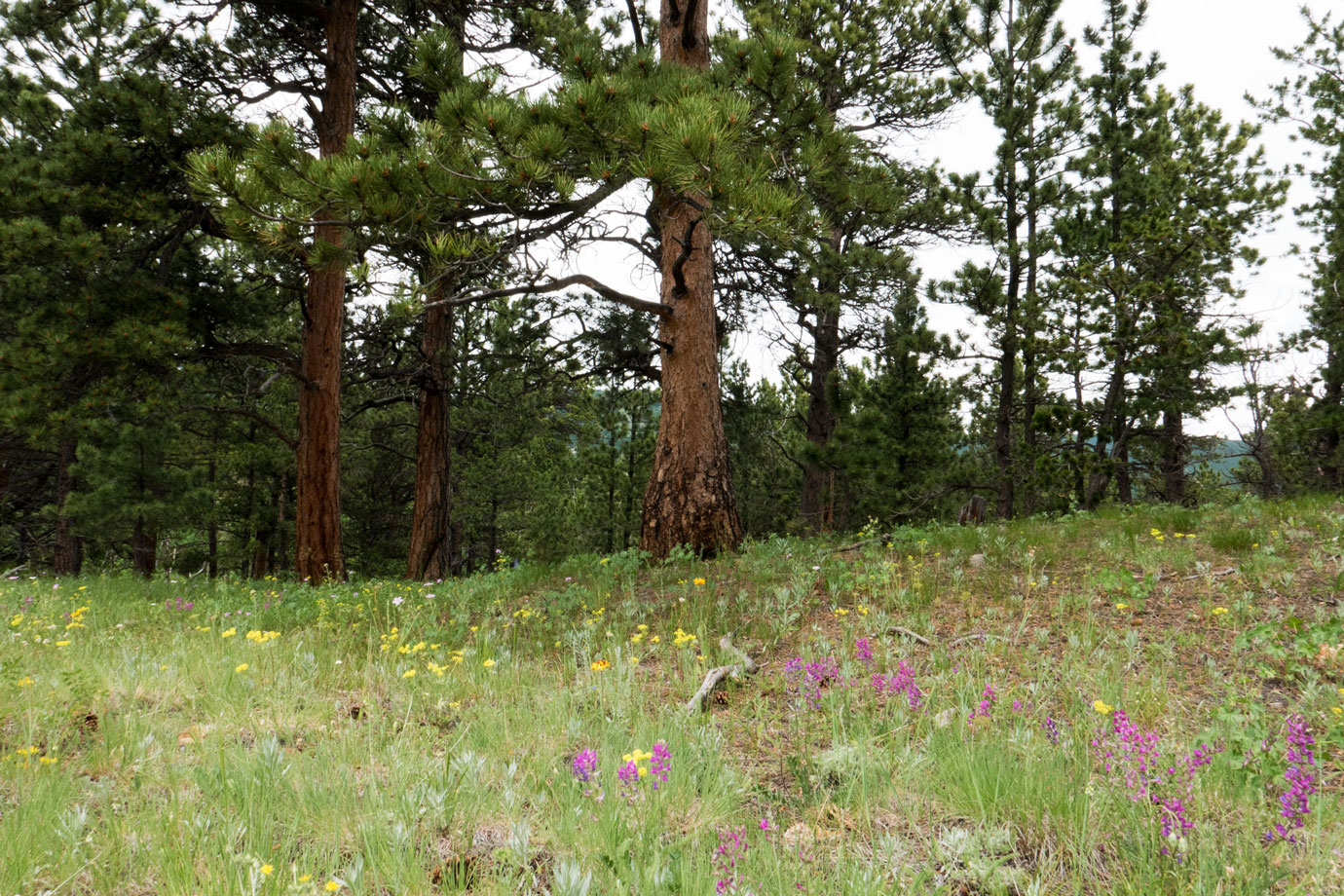 I wanted to avoid the crowds in the Estes Park area, so I decided to go instead to Caribou Ranch Open Space, a Boulder County park that lies just a few miles northwest of Nederland along Highway 72. The park is closed each year from April through June, to ensure that migratory birds and calving elk are able to enjoy a bit of quietude during these critical spring months. It re-opens each July 1st.

I was among this year’s first summer visitors and as such I was one of the first to view the explosion of wildflowers throughout the park. This year, the mountain bloom was especially lush thanks to ample early summer rains and frequent bouts of mild-but-not-hot temperatures. It was splendid and my pictures don’t capture its full beauty. 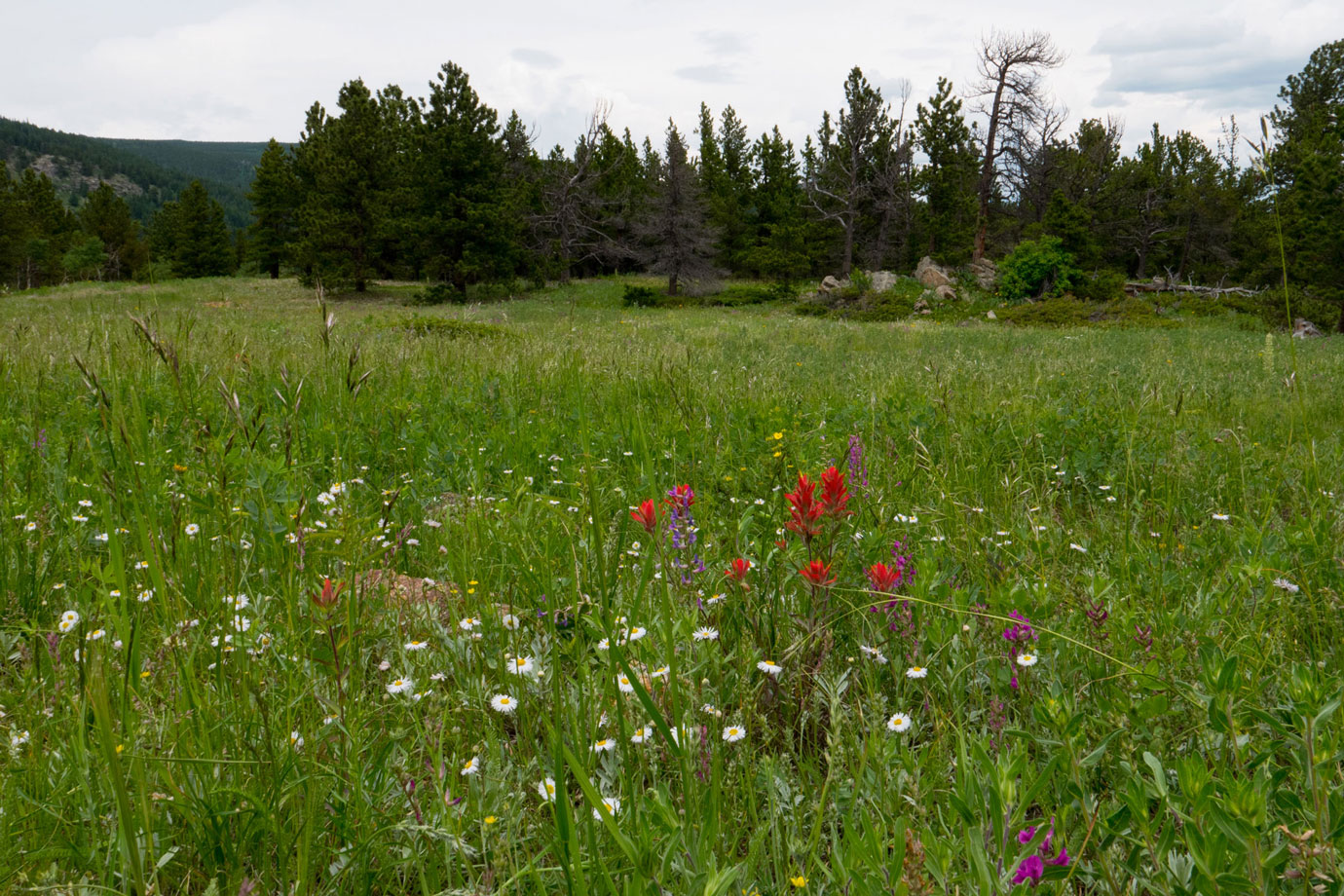 Some of the wildflower species I saw today included:

There were many others but I didn’t have my field guide on hand. These were just the ones I remembered well or took pictures of, to identify later. Anyway, after a couple of hours of hiking, I noticed a gathering of gloomy clouds on the horizon. Not long after, the rumble of thunder rolled across the sky. I didn’t mind. I obeyed the signs and turned back towards the trailhead. 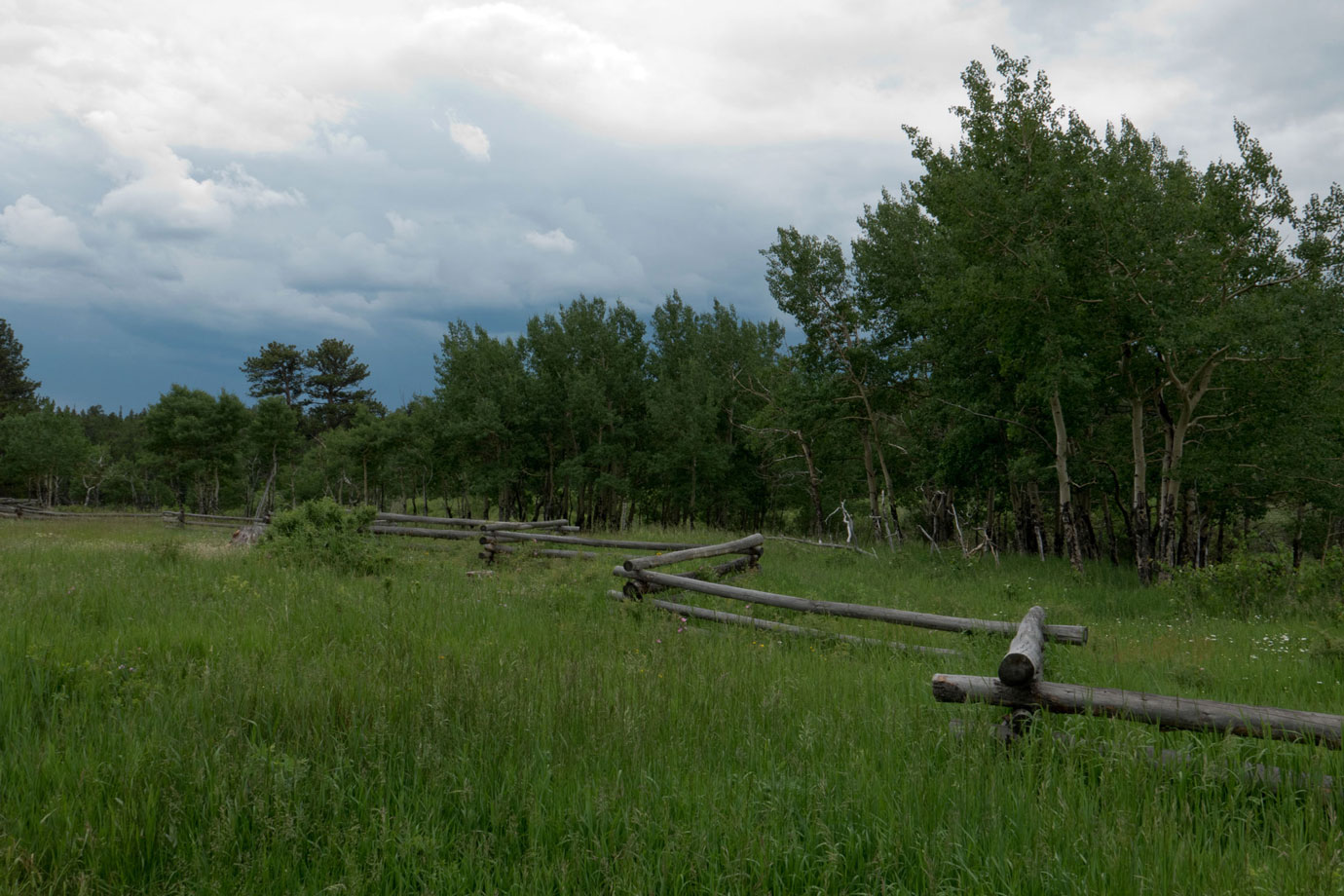 A light rain started to fall. So very refreshing. By the time I had made it back to my car, the storm was gaining strength. As I drove down the mountain, the raindrops merged into vast sheets of water. The wildflowers and green meadows of Caribou Ranch will be pleased. 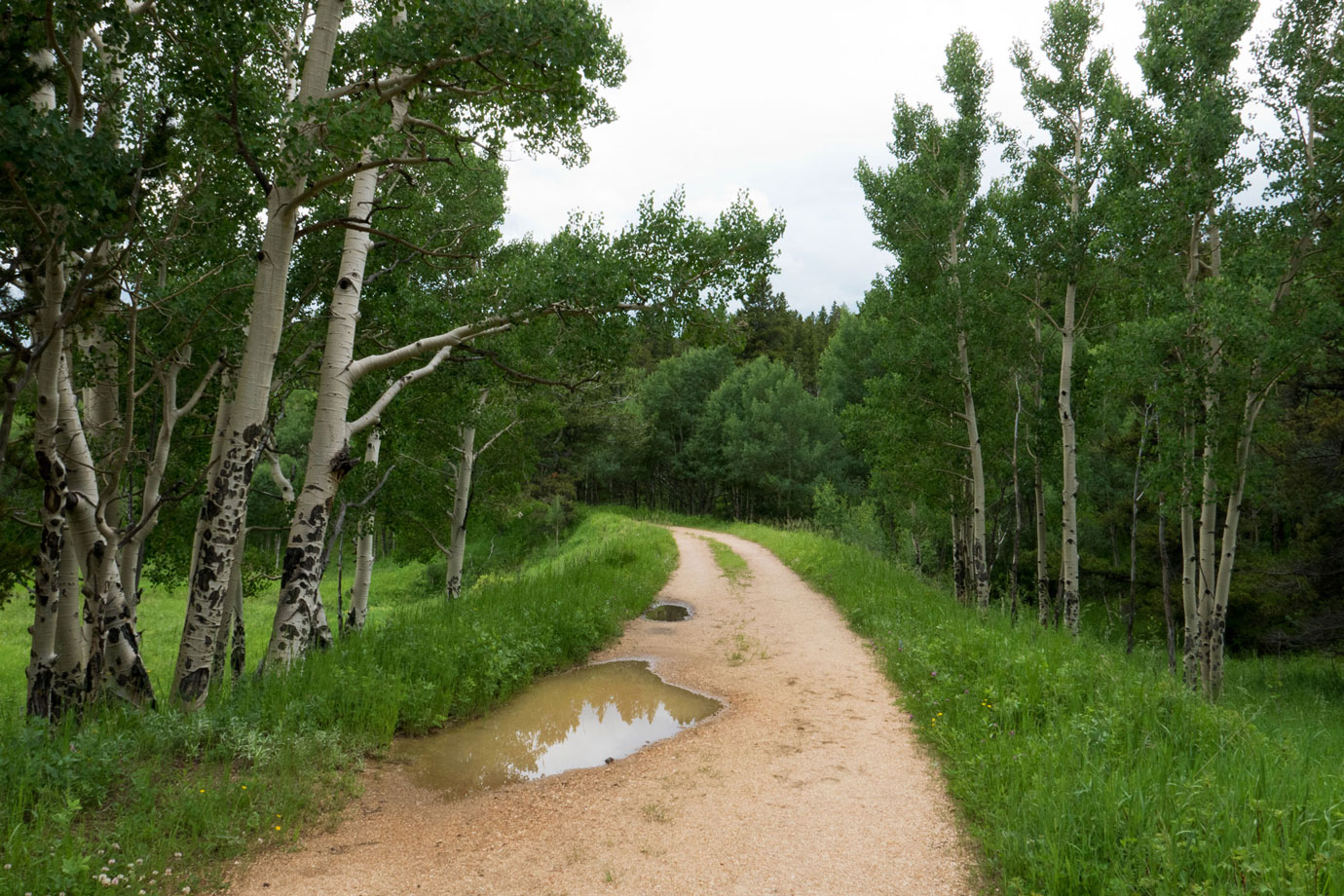