This past week, a large, slow-moving storm system passed through the Front Range. At lower elevations it started out as snow, but the temperatures warmed and the snow gave way to copious amounts of rain. Higher up though, the snow remained snow for the duration. By the end of the storm, there was a fresh blanket of white stuff several feet deep in places. 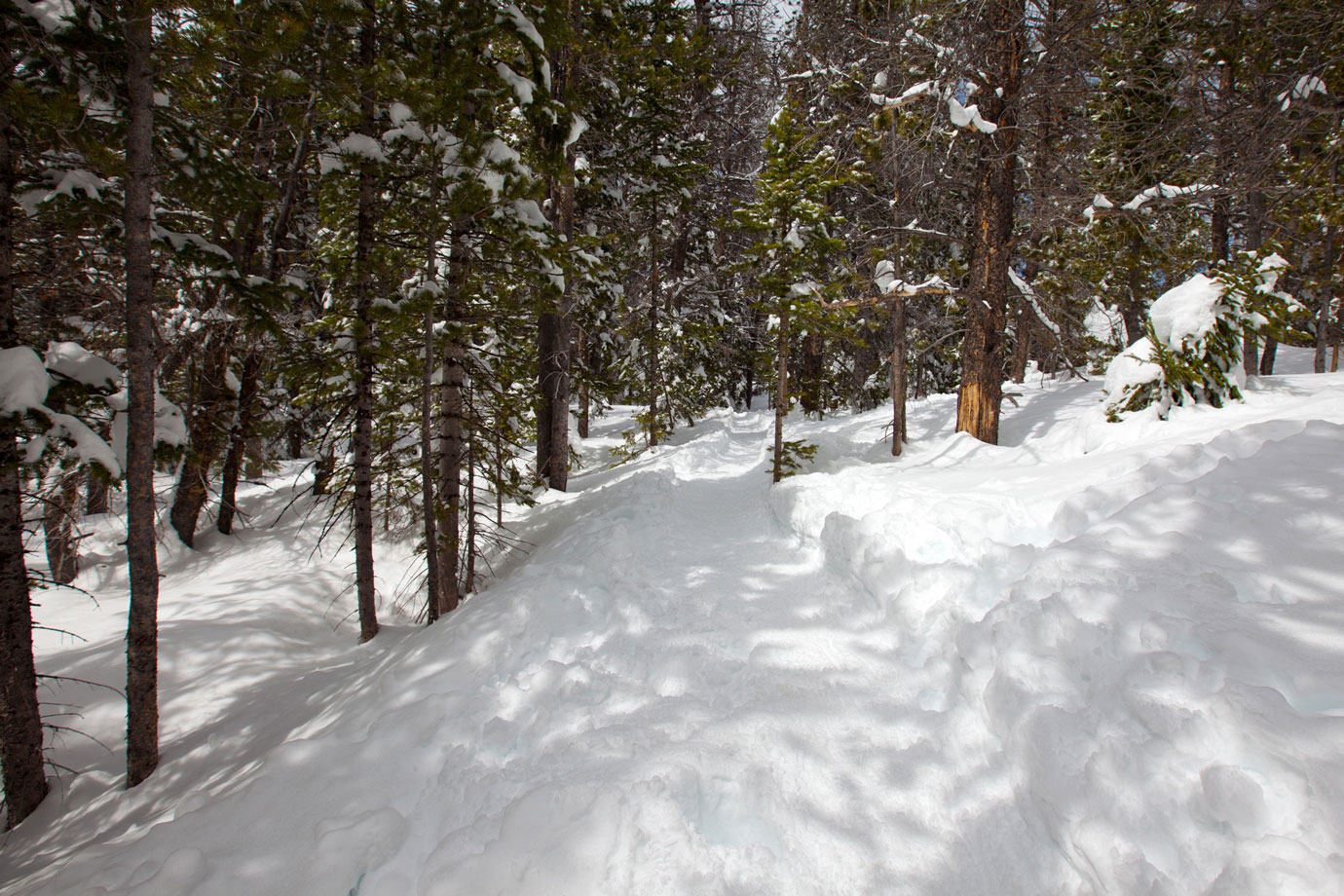 Now, lest you think I’ve lost my mind, I will acknowledge that when I lived in Chicago, even the slightest hint of snow in April would have hurled me headlong into a state of unmitigated despair. But I have discovered that here in Colorado, snow in April is a very different thing—it is magical, it is transient, it stays mostly in the mountains. And it’s worth seeking out because more than anything else it’s breathtaking. 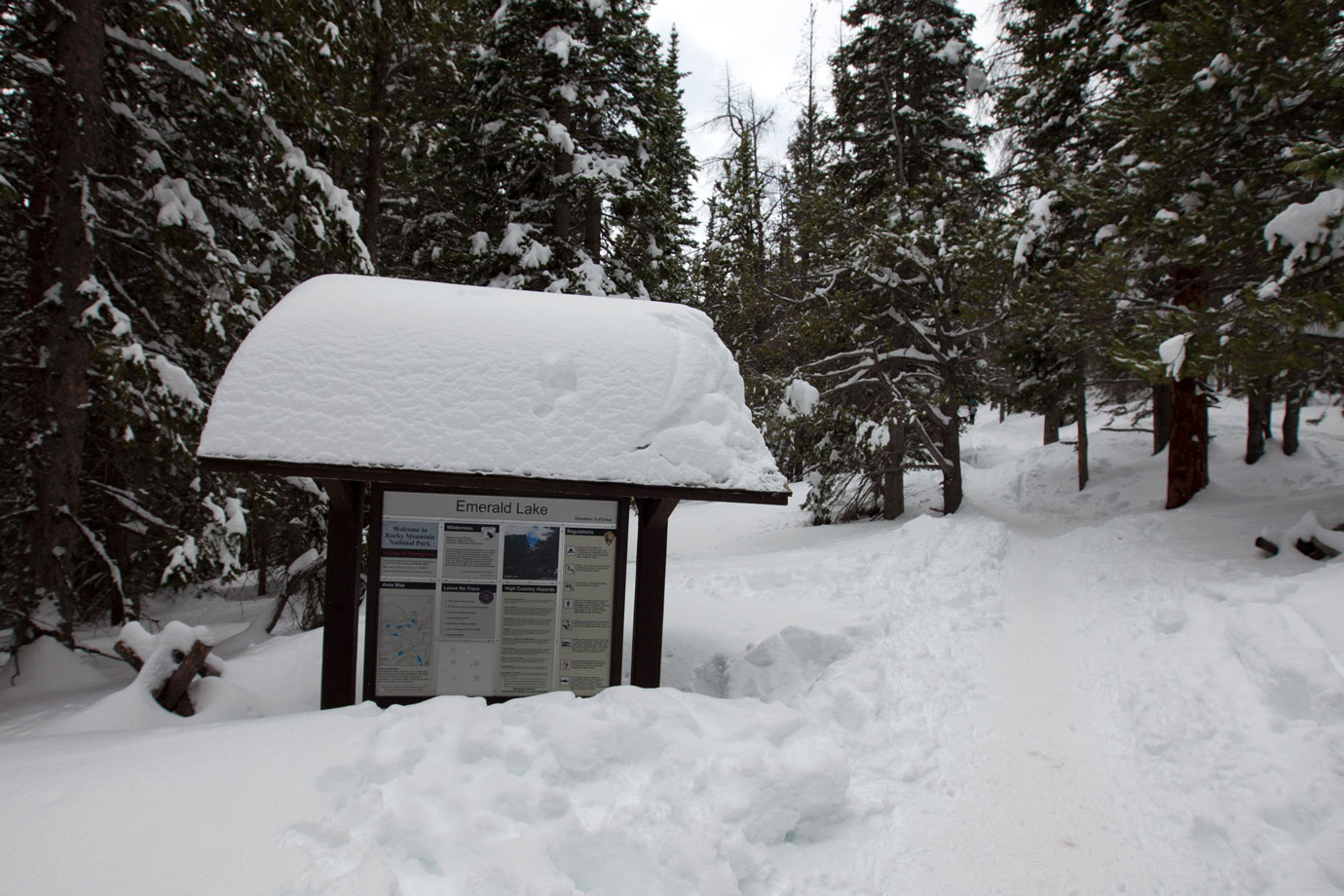 A covering of snow on a mountain landscape muffles sound in an already quiet place. As hikers pass by, their voices sound close and soft—as if you’re all politely wandering around in one big, white-carpeted living room. Hiking in such conditions has the rare ability to slow time and entices you to be hyper-aware. You can hear the snow, first as it slips from tree branches and then again as it hits the powdery ground below. If you accidentally step off the carefully groomed trail, you sink fast: you’re ankle-deep, knee-deep, waist-deep. You’ve postholed. But you don’t mind because it’s the lightest, driest, most cotton-like snow you’ve ever encountered.

Of course, you should use snowshoes in such conditions. I was poorly prepared today because I never thought I would get this far—I didn’t think the roads would be clear up to Bear Lake. I didn’t check the avalanche conditions. I failed to bring my snowshoes and hiking poles. Consequently, I made a short, careful hike from Bear Lake to Nymph Lake in my bare-naked Merrell Moab Ventilators. Had I know better, I would have been properly-equipped and ready to hike all the way to Dream Lake. Ah well, next time. 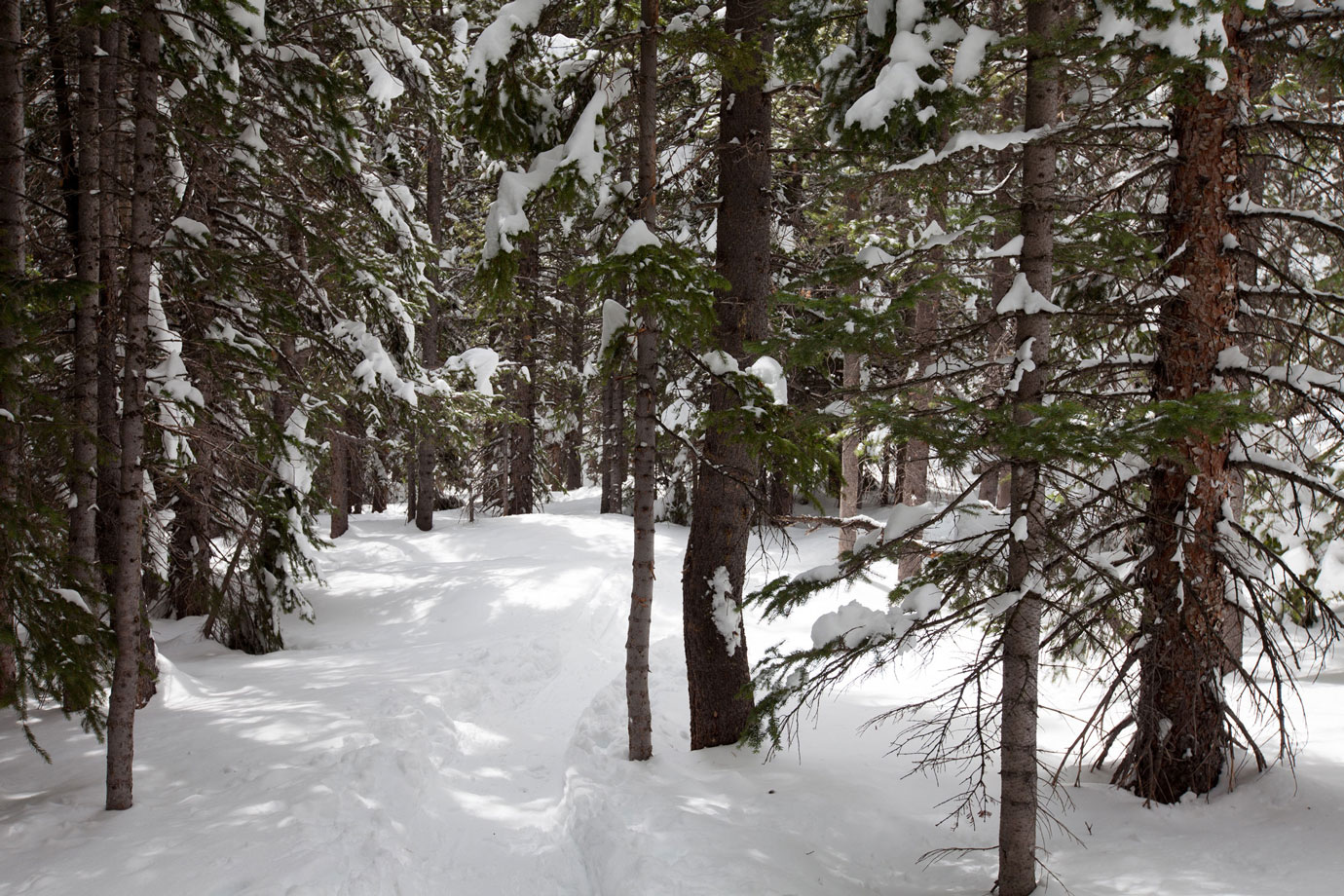 Tags for this entry:
« Previous · Nighthawk Trail
Gem Lake · Next »

The Beauty of Plan B

This year, the seasons are changing fast and early above 7,000 feet. I realized that if I wanted to squeeze in one more high elevation hike before winter, I had better do it sooner rather than later.