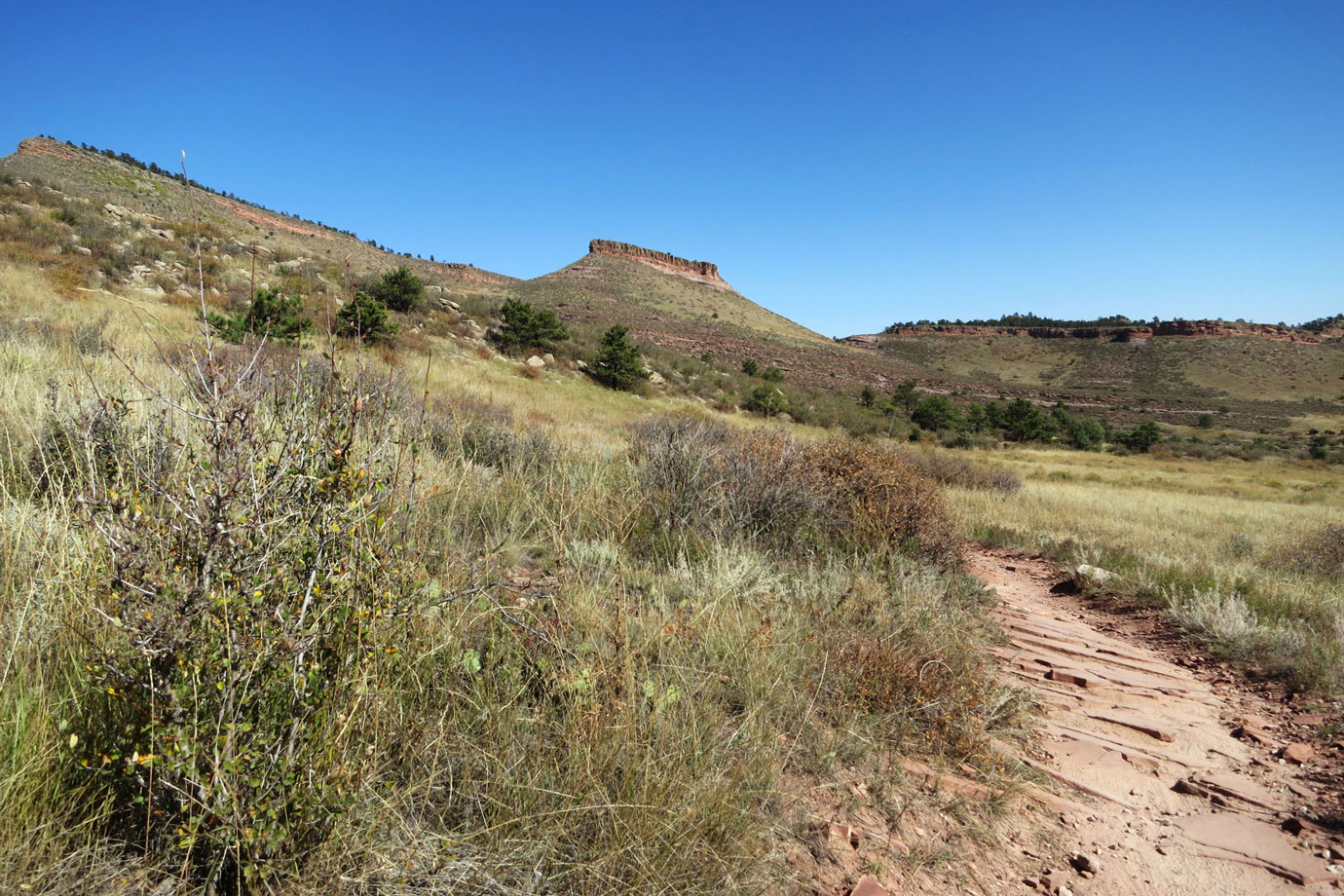 Today I wanted to go on a hike but since I didn’t have a lot of free time, I had to stay close to home. I decided to go to Hall Ranch, a park that lies just a mile outside of Lyons, Colorado. Hall Ranch belongs to Boulder County’s collection of Open Space and Mountain Parks, and because I’ve been making it my priority to explore some of Boulder County’s parks before winter sets in, a visit to Hall Ranch today is well-timed.

Although I have not previuosly hiked at Hall Ranch, I did stop there a few weeks ago to pick up a trail map and park brochure. While I enjoyed a cup of tea this morning, I studied the park’s literature. I was surprised to discover how expansive Hall Ranch is. It extends over a sprawling 3,205 acres and boasts five trails of varying length and difficulty. The park is also a great place for wildlife—it provides habitat for all sorts of creatures, the most impressive of which include coyotes, mountain lions, and prairie rattlesnakes. Oh my. 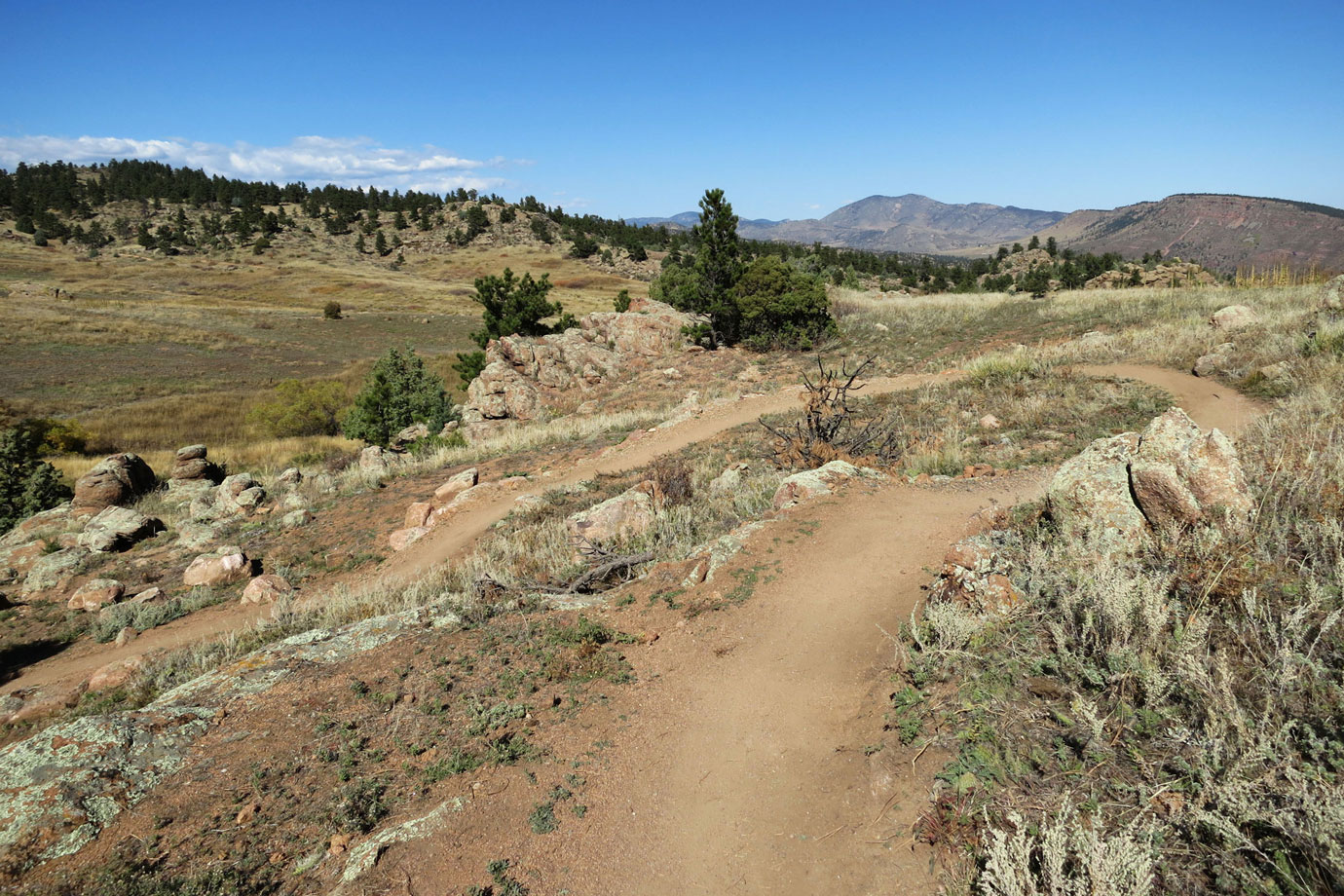 The terrain of Hall Ranch rambles between 5,440 and 6,820 feet in elevation and the views are wonderful. Rolling grasslands give way to clusters of trees—Ponderosa pines, Rocky Mountain junipers, Douglas fir. Tilted buttes dominate much of the landscape. The geology of the area is rather complex and I hope to read more about it in the near future. Hall Ranch has within its boundaries evidence of various geological formations, including the Fountain, Lyons and Ingleside Formations. The Lyons Formation is particularly interesting, in that it was used to construct many of the buildings throughout Boulder (including those of the University of Colorado’s Boulder campus).

I chose to hike the Bitterbrush Trail. This out-and-back trail is named after a shrub (its common name is, of course ‘bitterbrush’ and its scientific name is Purshia tridentata). The bitterbrush shrub is a member of the rose family and was one of the many plants that Lewis and Clark cataloged during their Corps of Discovery expedition. The bitterbrush was prized by Native Americans, who used it for various medical treatments. They mashed bitterbrush leaves into a poultice that was used to treat ailments such as itches, rashes, insect bites, measles, and chickenpox. Native Americans also brewed teas made from bitterbrush leaves and roots to treat colds, pneumonia, liver disease, stomach aches, and constipation. Pretty useful little shrub, that bitterbrush. 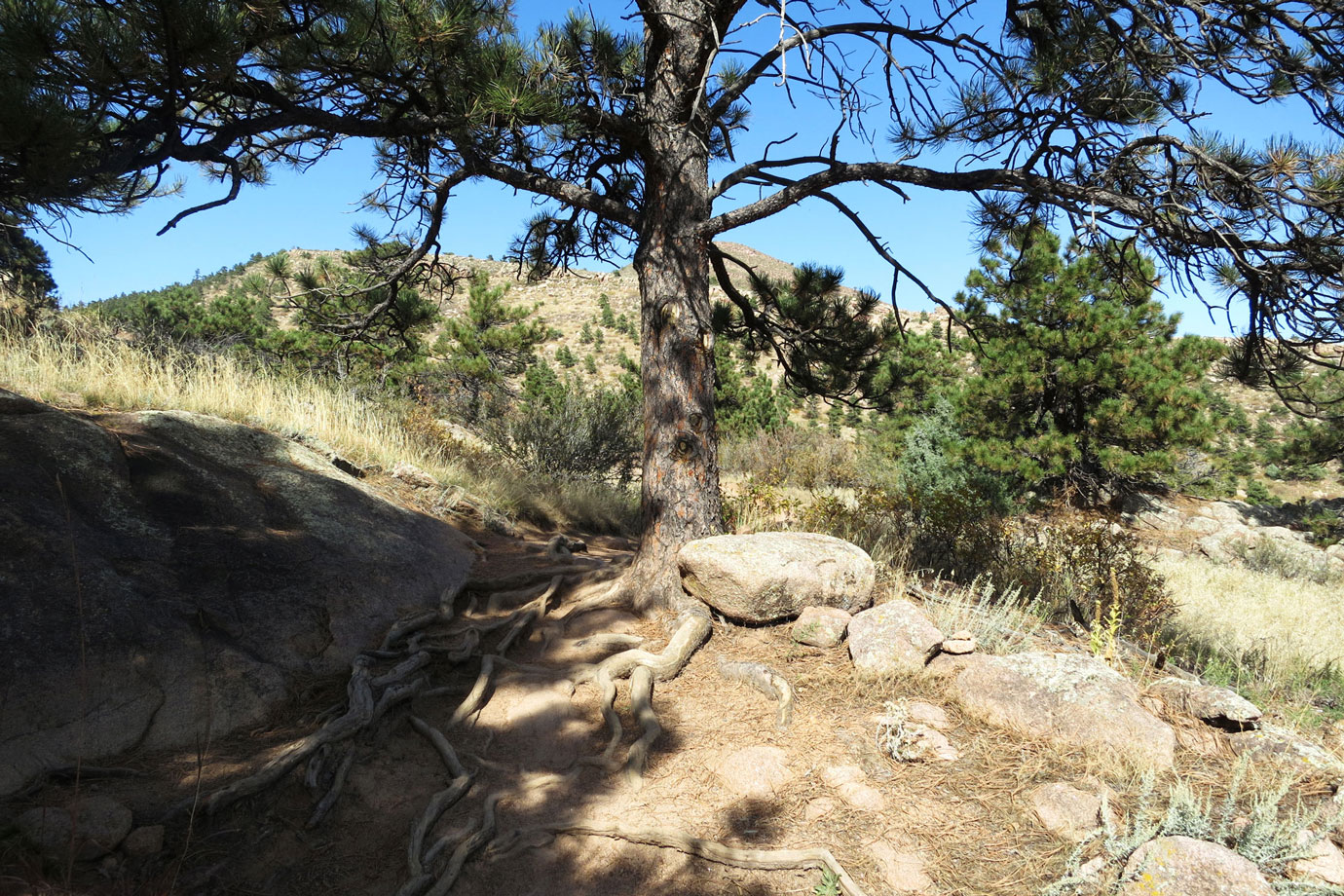 The Bitterbrush Trail turned out to be a great workout: not too difficult, but not too easy either. By the end of my hike, my calves were burning and I felt both comfortably tired and reinvigorated. The nice thing about the Bitterbrush Trail is you can easily extend it if you have the time and energy for a longer hike. It connects to the Nelson Loop Trail and the Antelope Trail at the top of the butte. And from those trails, there is a spectacular view of the other side of Hall Ranch, where it descends down towards North Saint Vrain Drive, also known as Highway 36. 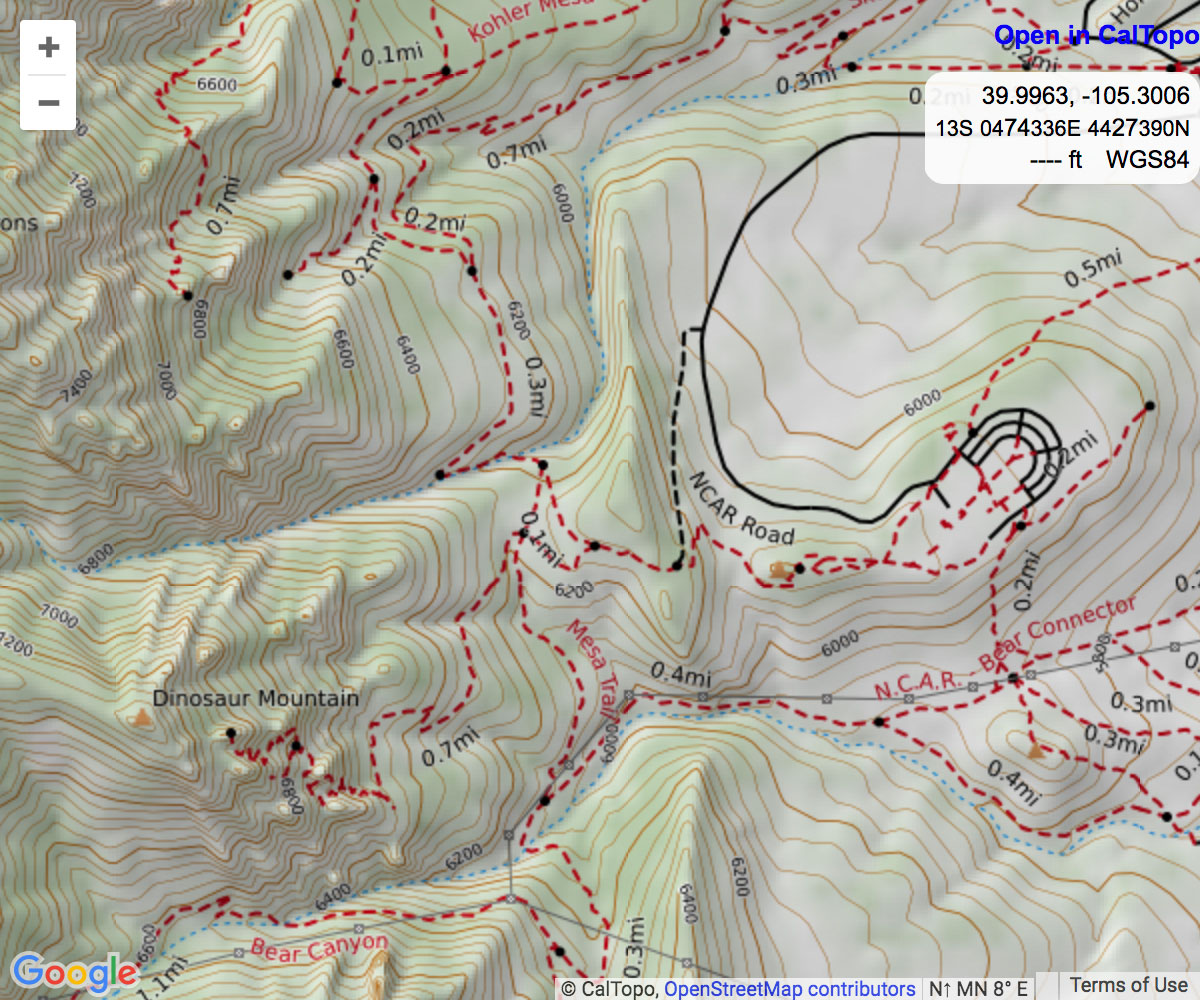 Tags for this entry:   hiking
« Previous · Flattop Mountain
A New Year · Next »

Because Mesa Verde is slanted to the south, the proper geological term is cuesta, not mesa. Far View Lodge

The Art of Moving On

Change can be at once unsettling and rejuvenating, and moving often brings with it a landslide of changes and emotions. That’s why knowing when it’s time to move on is the key to weathering the ups and downs that a move unleashes.