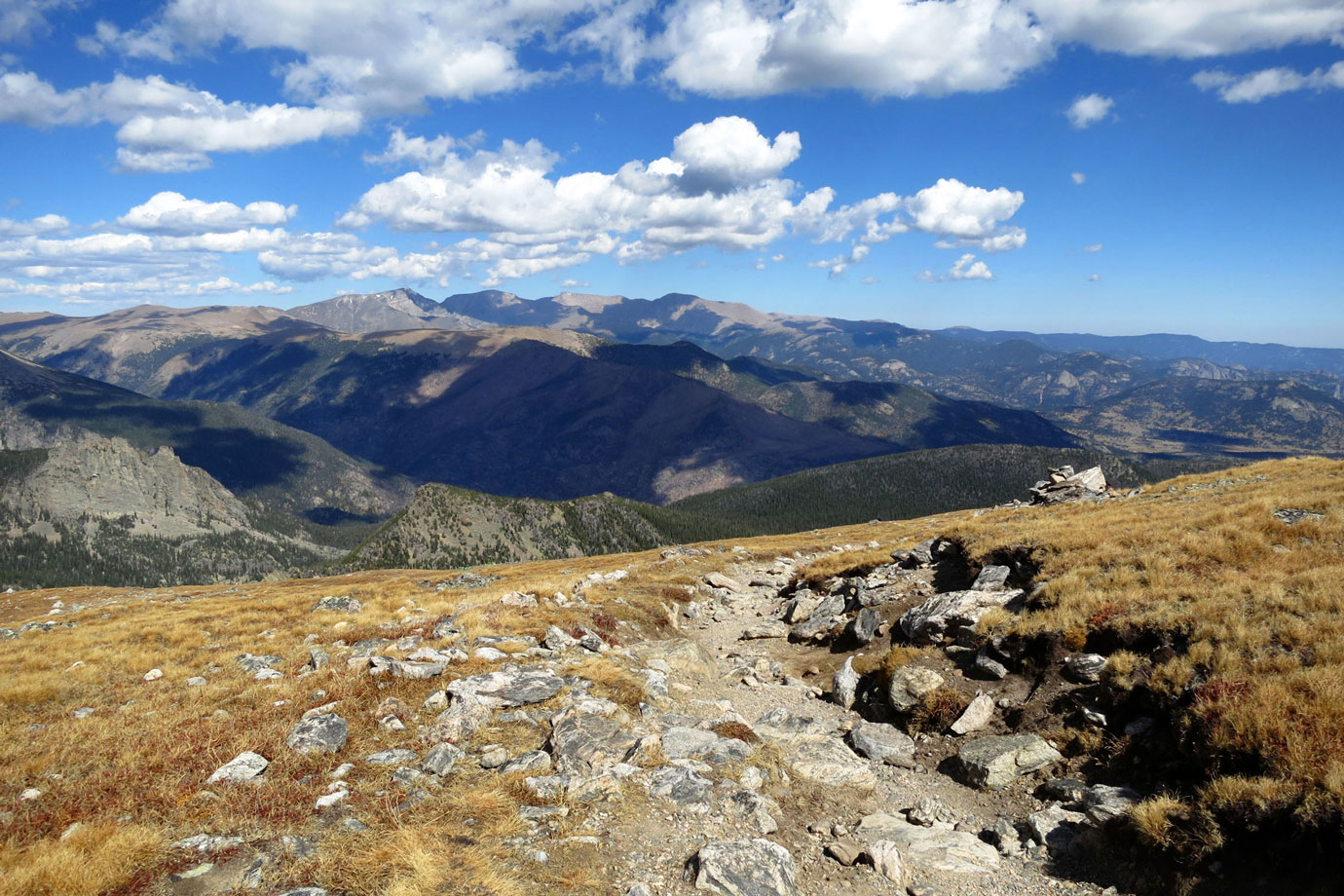 Winter is just around the corner at high elevations. Every day of sunshine and warmth feels like a gift. When I discovered that Saturday’s forecast was expected to remain clear and mild, I decide to make the most of it and to hike the Flattop Mountain Trail. I knew it might well be the last opportunity I was going to get this season to hike a high-elevation trail without a significant risk of snowstorms.

The round-trip distance for the trail is close to nine miles so I decided I needed to get an early start. I made it to the trailhead by seven in the morning. One of the advantages of getting on the trail early in the morning is that if you happen to come upon a lake at that time, it is often as still and reflective as glass. I paused at the edge of Bear Lake for a long moment and thought what a crime it is not to start every day with a view like this. 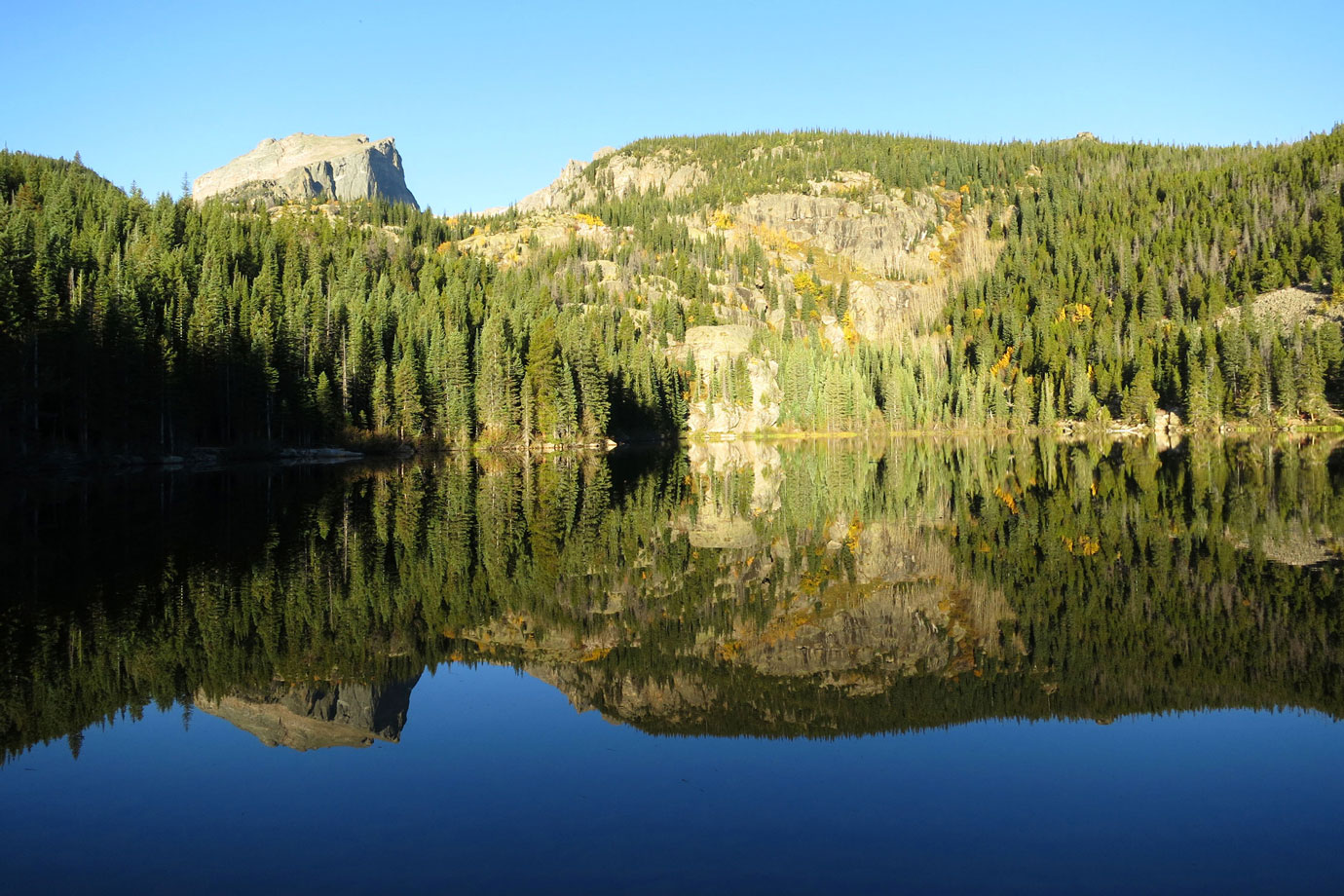 The surface of Bear Lake was as smooth as glass. In the distance, Hallett Peak glows in the early morning light.

As soon as I started the climb up and away from Bear Lake, I knew this was going to be a tough hike. I was quickly winded and realized that I have a long way to go to being fit and fast at this altitude. For the first hour I trudged along the path feeling heavy and lethargic. It wasn’t long before I realized I should have eaten a bigger breakfast. I had a couple of energy bars with me, but I had eaten them within the first mile of hiking.

Looking down on Emerald Lake.

As I made my way (slowly) to higher elevations, I seemed to find my pace. I remembered reading that it’s best to keep an even pace when you hike, that it’s better to move slowly and consistently than to speed up and then have to stop. I wish I could say that meant I didn’t stop at all along the way, but that was not the case. I walked for about twenty minutes at a time and then took short breaks to rest and rehydrate. 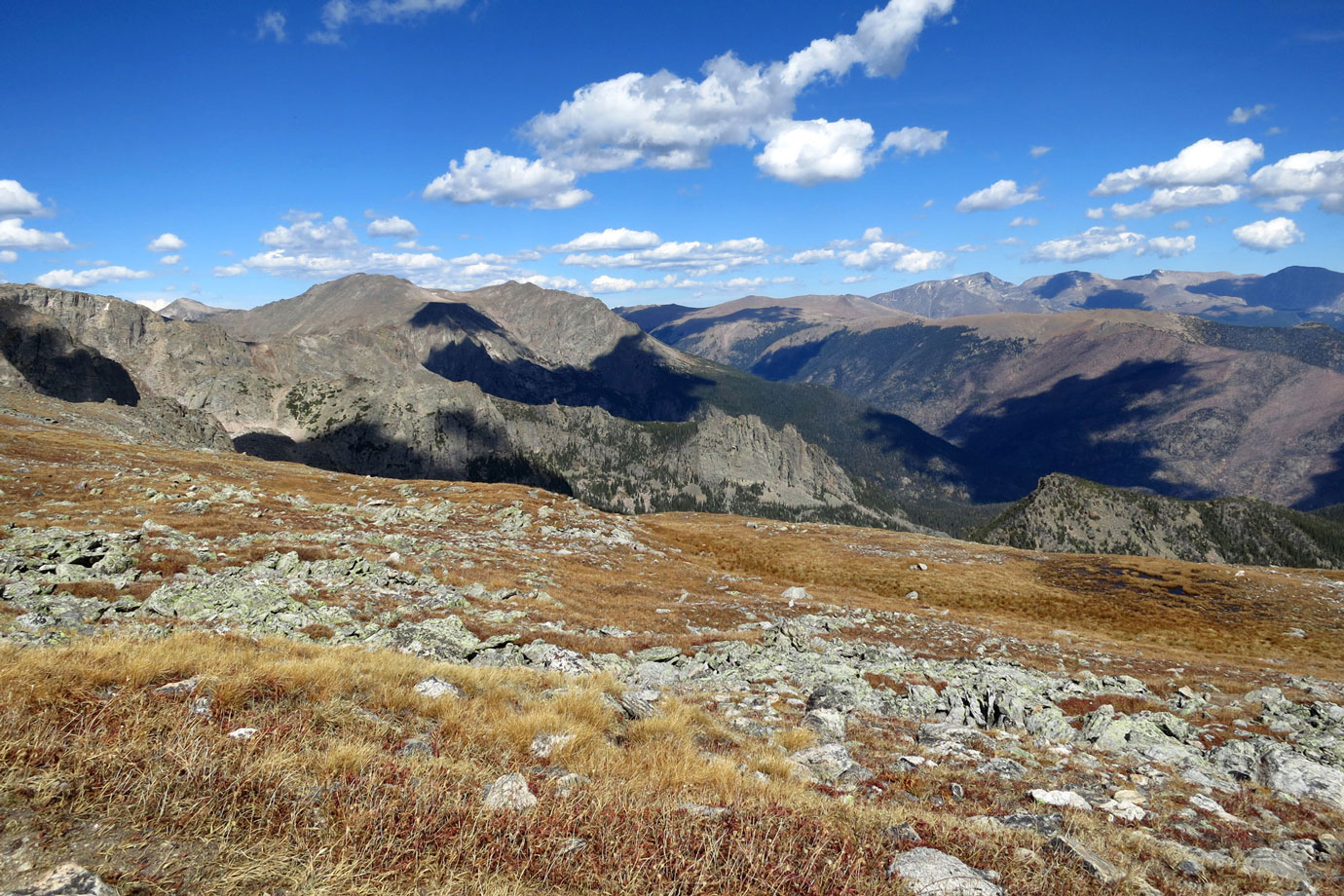 I made it above the tree line and felt pretty good. But at about 11,500 feet I hit some kind of a wall. I had met several other hikers throughout the morning and we had all been going at about the same pace. At times, they would pass me and then a little while later, I would pass them. I realised though, after 11,500 feet, I was no longer keeping up with them. I was being passed up by hikers that had started long after me. 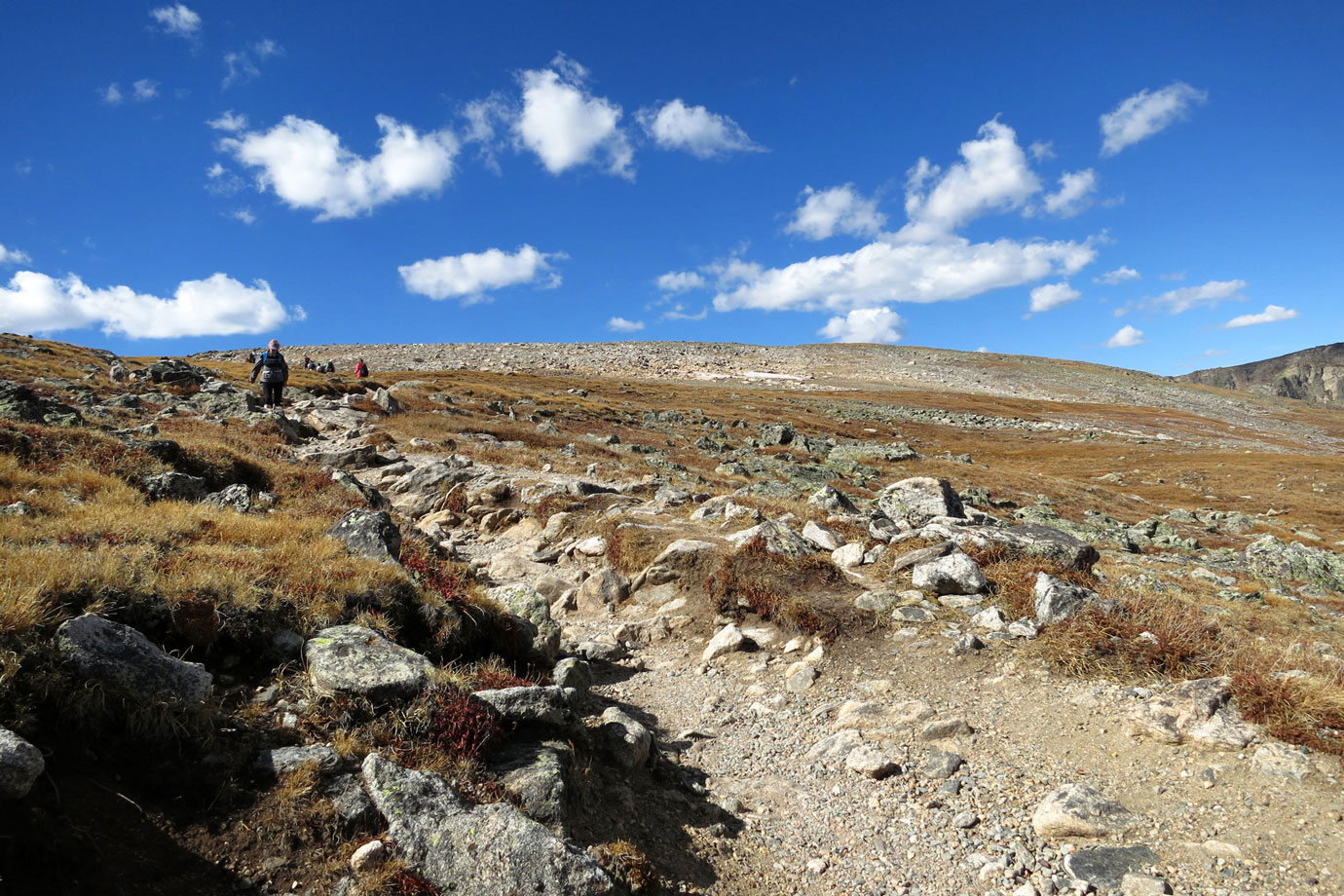 A morning of bold March sunshine, bluebird skies, and mild temperatures coaxes me outdoors in search of new places to wander. Loveland for me remains rather unexplored, so I choose to visit a park on the western outskirts of town.

Today is the second day in a row of cool mist, light showers, and autumnal temperatures. I venture out mid-morning hoping to log a quick local hike before the trails turn too slop.