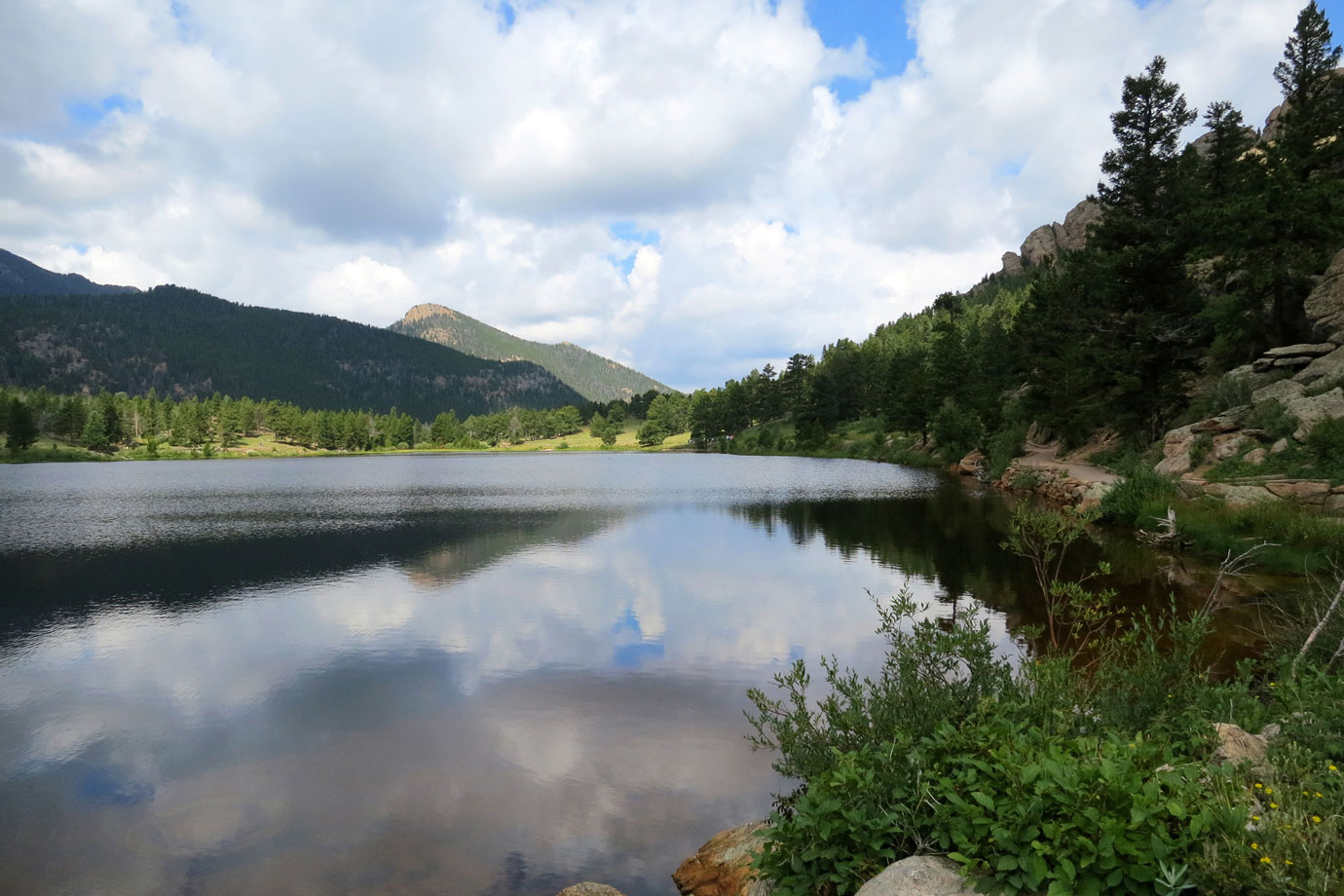 The last time I wrote about Lily Lake was in early May of 2013. At that time, a sprinkling of snow covered the surrounding landscape and the air was as icy and it was thin. But today, that day was a distant recollection—today Lily Lake was in full summer mode. I arrived at the lake early in the morning pleased to find the parking lot nearly empty. I’m not one to pass up a quiet trailhead with available parking spaces, so I decided to stop for a hike. As I started out, it was cool and overcast but that soon changed. The hot August sun soon burned its way through a puffy layer of clouds and quickly warmed the landscape below. The air was remarkably still and as a result the reflections on the lake were glassy and smooth. Perfect picture making conditions. 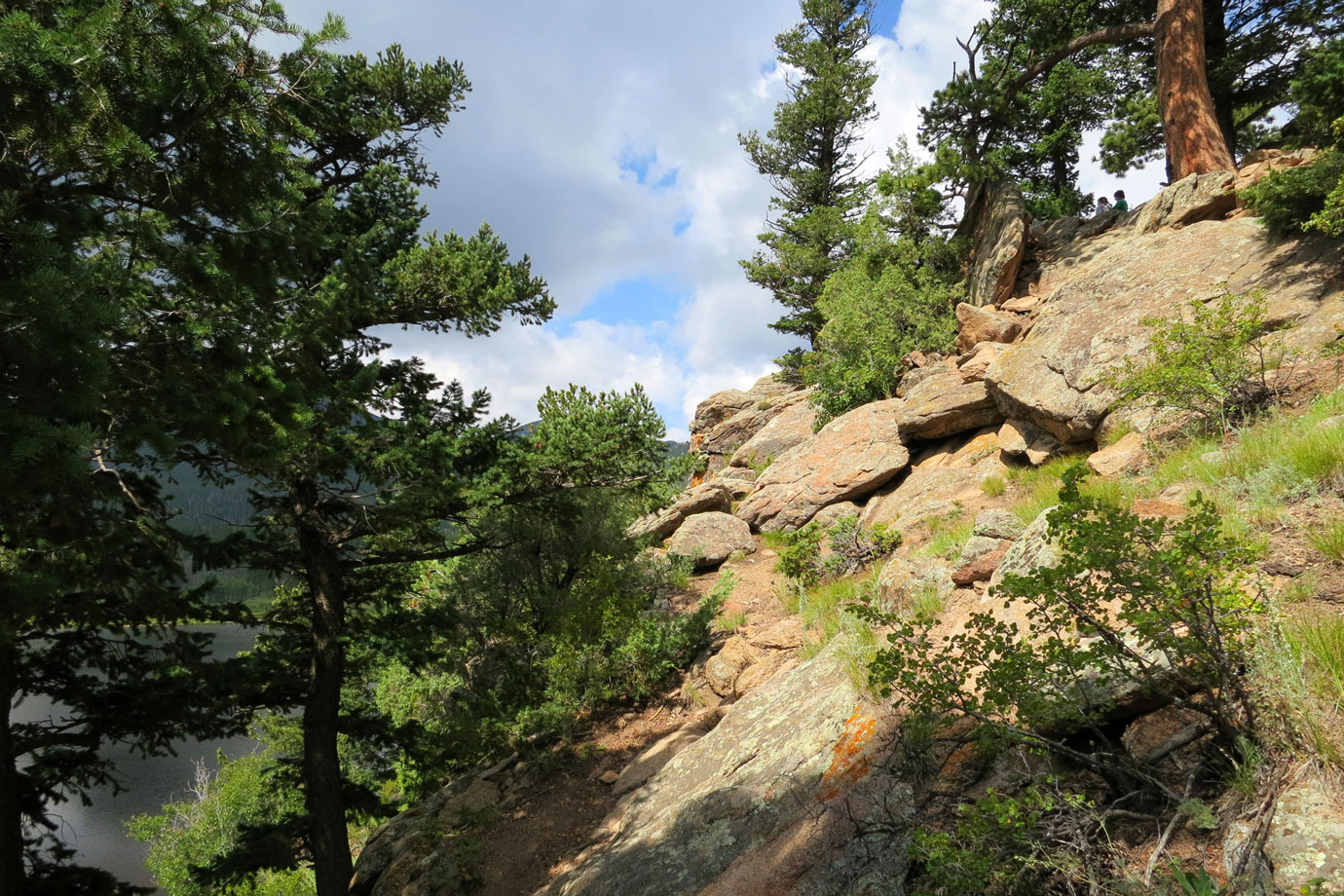 I hiked slowly around the lake, stopping for about ten minutes to let a family of ducks walk on the path in front of me. They created a traffic jam, stopping hikers in both directions. 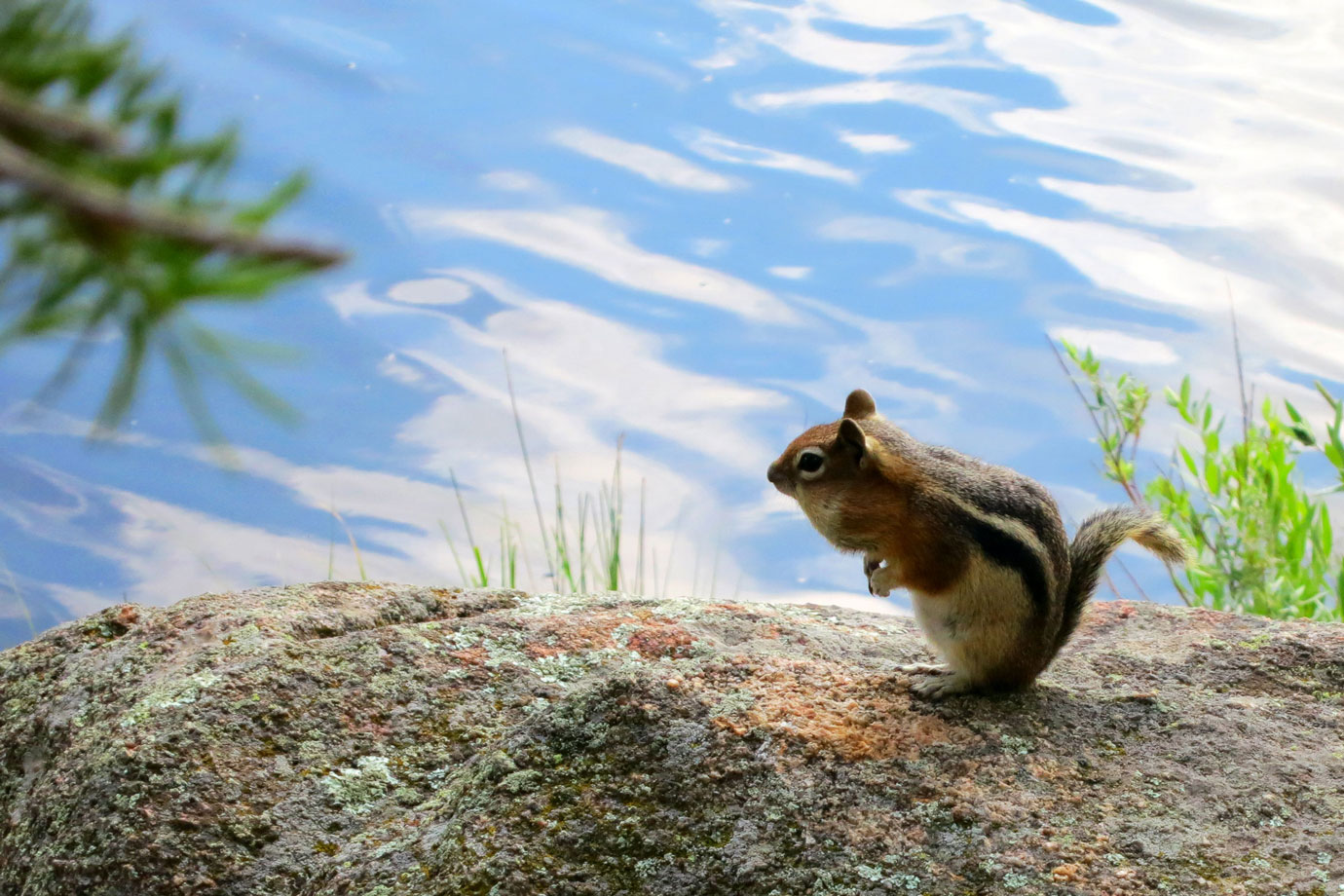 I also came across several of these golden-mantled ground squirrels. 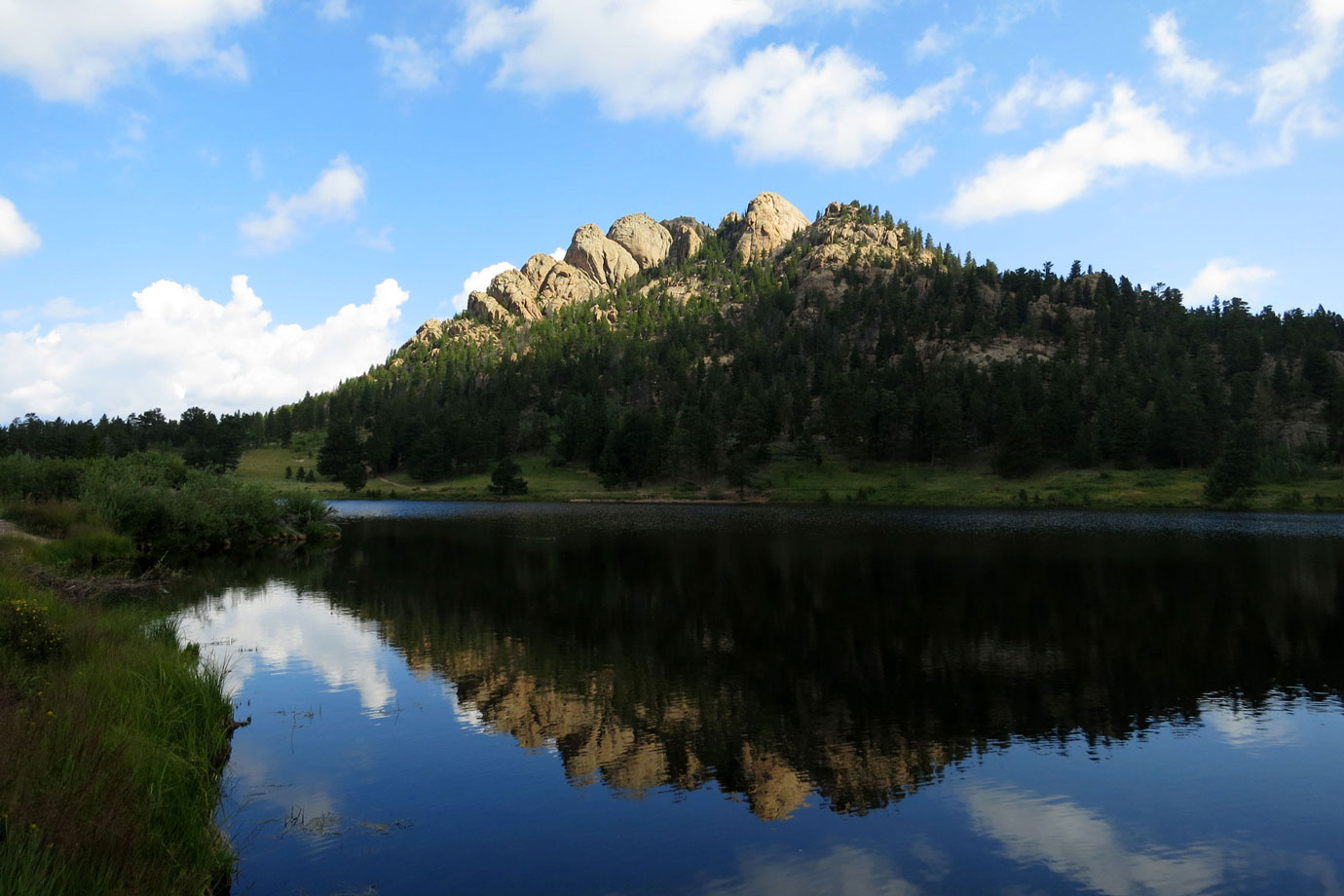