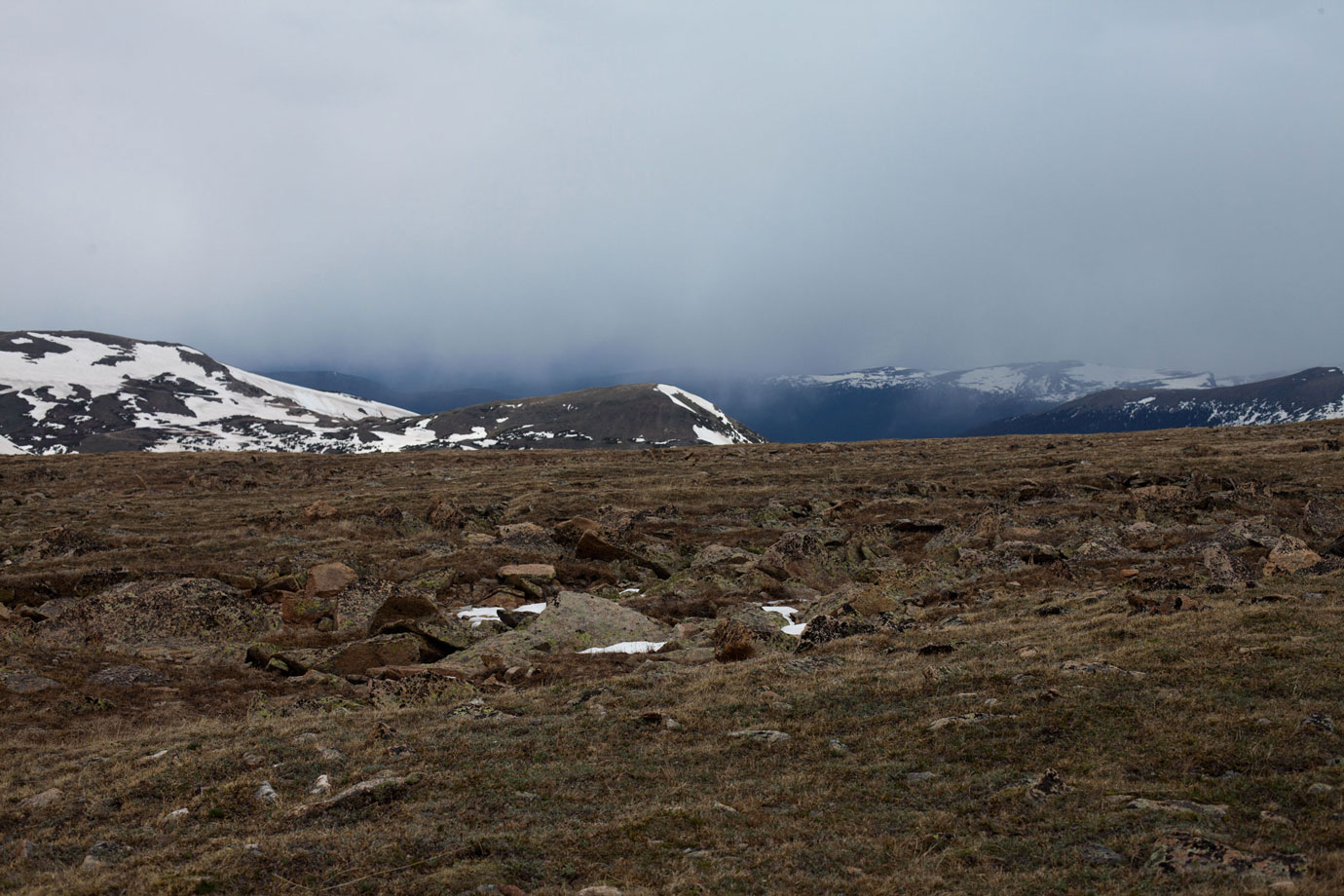 On Sunday morning, I decided to drive up into the mountains despite a gloomy forecast. My reasoning was that any day in the mountains is a beautiful day, and gloomy weather serves to lessen the crowds and traffic, but not the quality of the views.

I arrived at Rock Mountain National Park to find empty roads and plenty of parking at trailheads. Since I hadn’t planned a hike for the day, I decided to head towards the higher elevations and get as close as I could to those gloomy clouds. I turned onto Trail Ridge Road and drove to the top of the park. 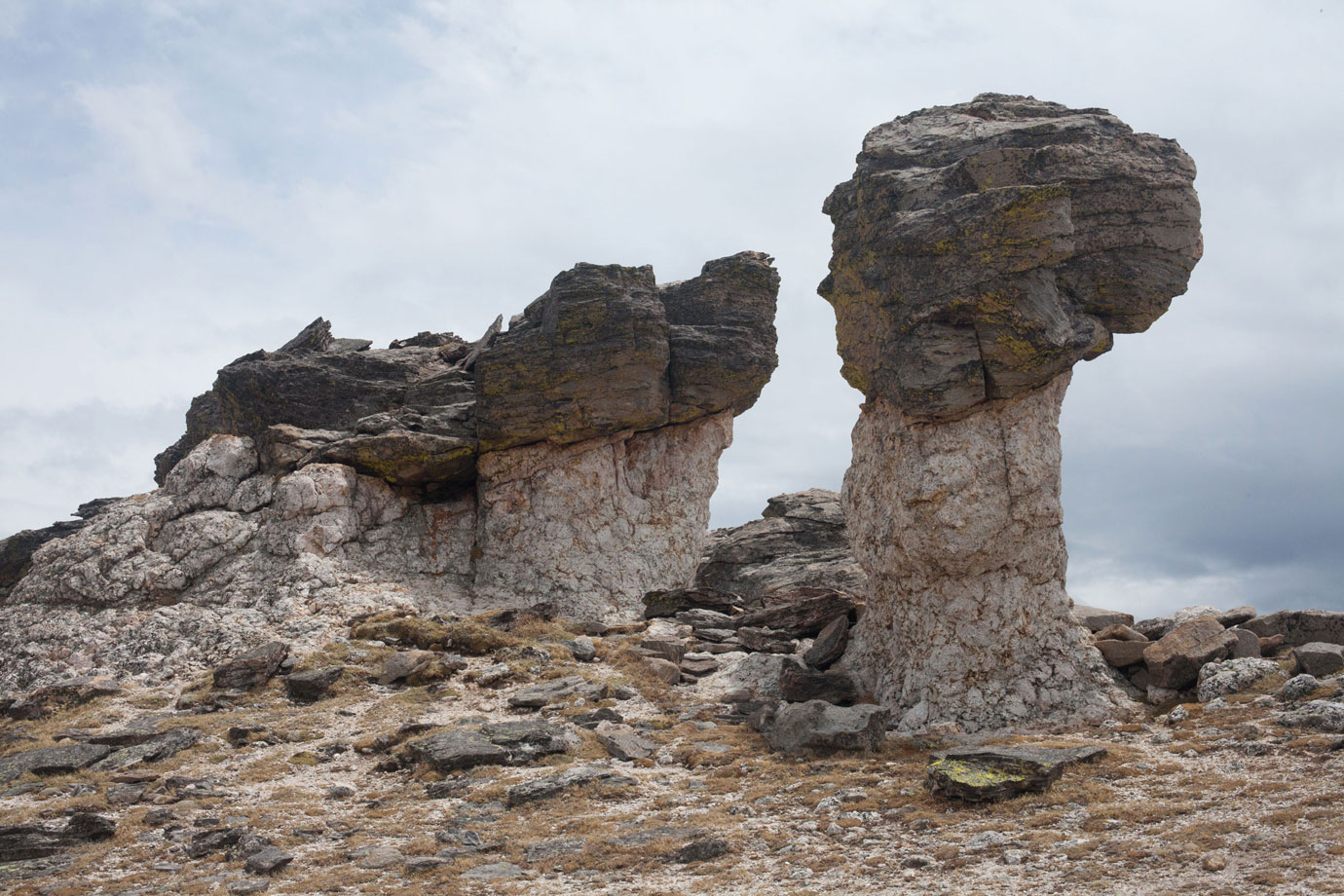 I stopped just past Rock Cut and parked my car at the Toll Memorial Trailhead parking lot. I walked along the half-mile Toll Memorial trail until it came to an end at a clump of rocks that peer out over Endovalley and the Fall River. In the distance you can see Mount Chapin and some of the other peaks that make up the Mummy Range.

The wind grew stronger while I was hiking and it swiftly sculpted the clouds over and against the terrain. Thick banks of clouds drifted over the landscape and brought a light mist and a cool blast of air from distant snow-capped peaks. In places, the sky became a deep blue-grey color. A fluffy white clump of a cloud glowed brightly against the dark backdrop as it floated along a ridge. At times, the clouds parted to let the afternoon sunlight wash over the landscape but that usually lasted only a few seconds. The wind quickly pushed new clouds in that darkened the skies once again. 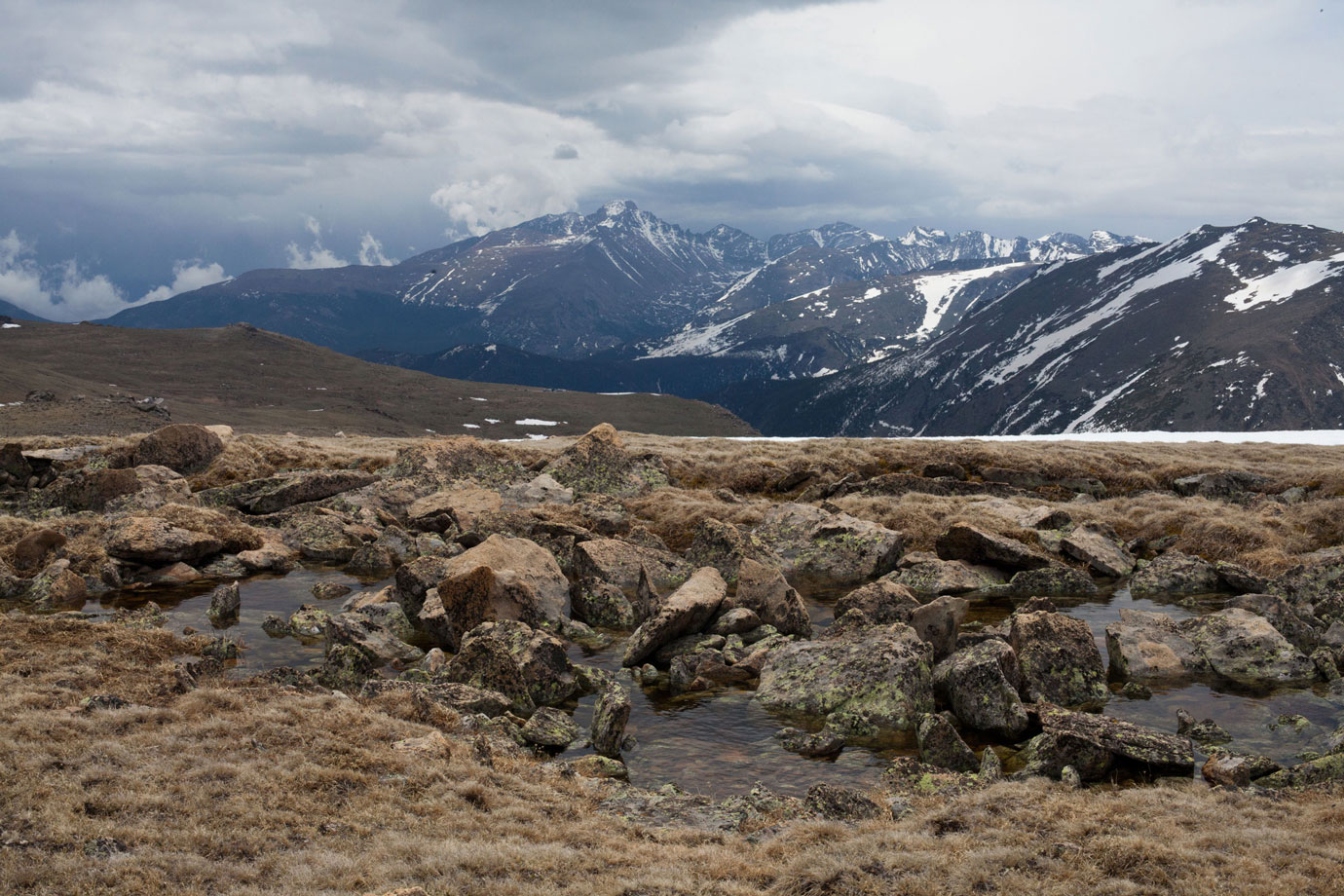 In this cold and arid environment, a pool of water must be a welcome resource for pikas, marmots, and tundra birds.

Spring has yet to revive the alpine landscape. The plants are dull shades of olives, and ochres. But the wintry dullness of the sleeping tundra is breathtaking in its own way. The wind was sharp, cold—the kind of wind that turns you around fast when you’re tired and hungry. So I did not linger long at the end point of the trail. Instead I snapped a few photographs and headed back to the car. On the way back, I stopped to visit with a marmot that didn’t see me coming. I surprised him as much as he surprised me. As I walked past Mushroom Rocks the marmot popped his head up and then froze at the sight of me. I took his photo. He stared at me, sizing me up. When he determined I posed no threat, he continued about his business, doing whatever marmots do this time of year.

I finished my hike and drove to the Alpine Visitor’s Center before starting my drive back down to Estes Park. When I had descended to about 10,000 feet, it started to rain properly and clouds drifted in and out, all around me. The steady rain continued for the remainder of my drive out of the park. 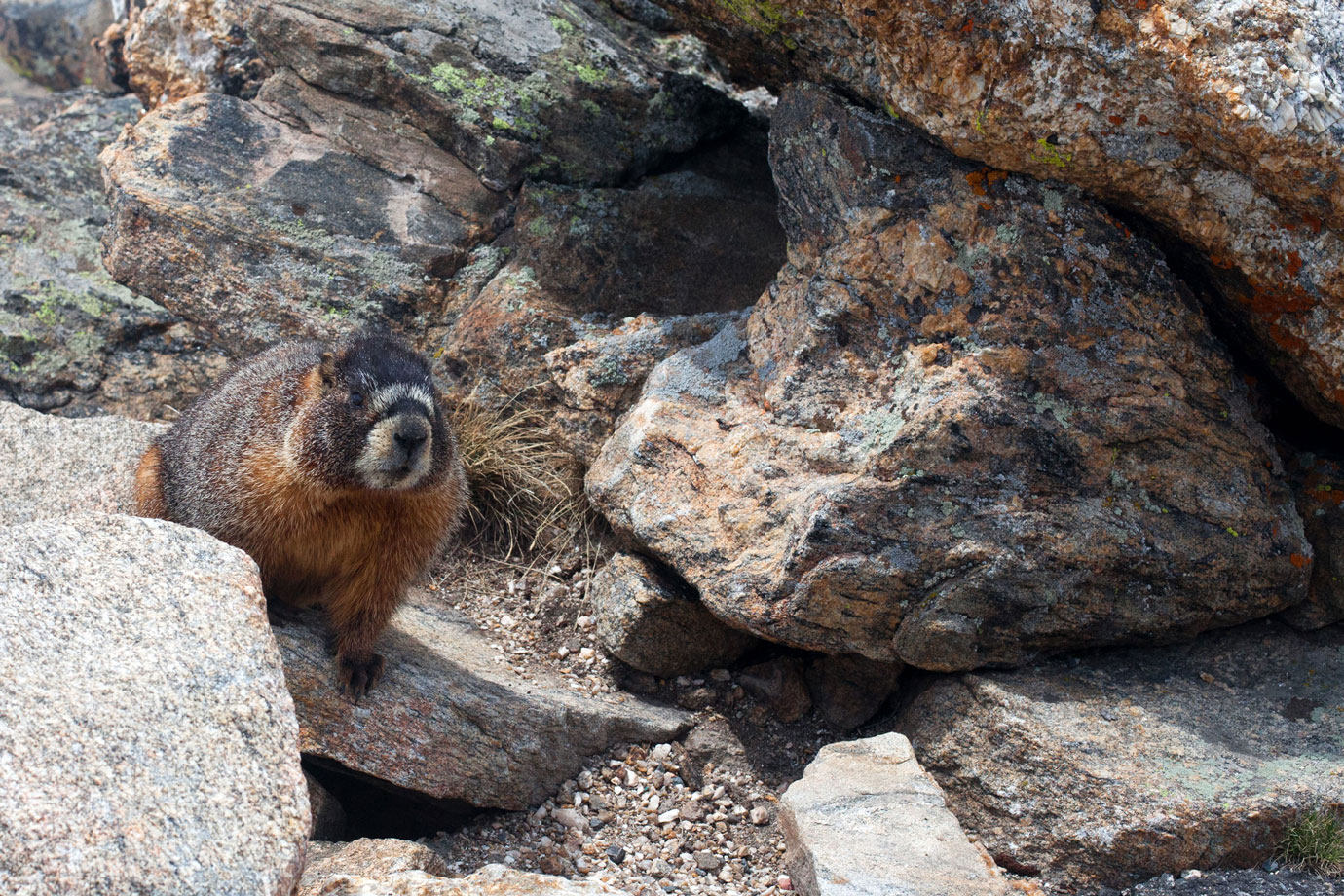 So far on this vacation, I’ve done little more than sit in the car, play Wasabi Sudoku on my iPad and hobble from one gallery to the next along the length of Canyon Road.

This past weekend, I was driving south on Route 45 near the Wisconsin border when I noticed a sign for Raven Glen Forest Preserve.