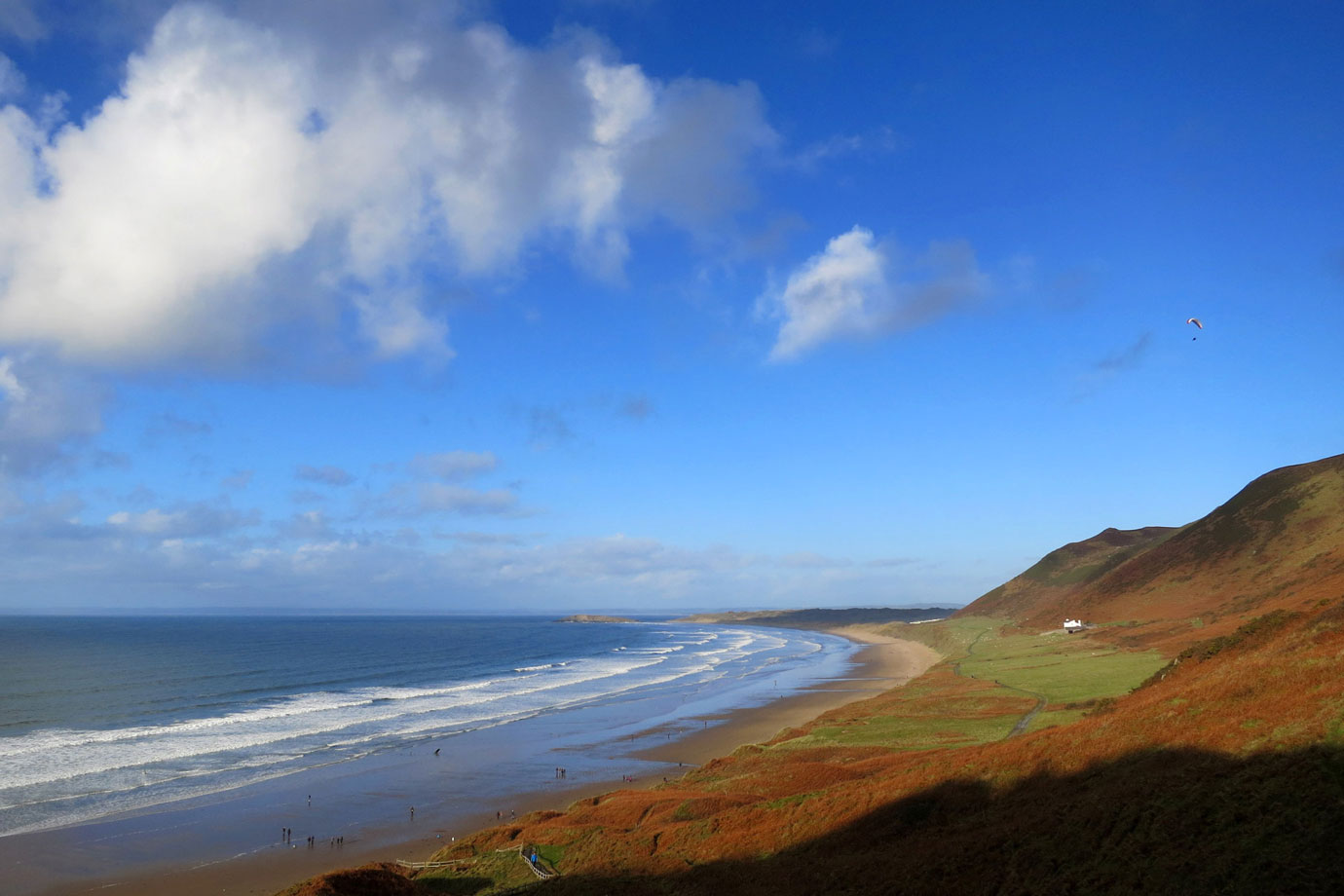 We celebrated Christmas in Wales this year. On Boxing Day, we bowed out of the usual festivities to spend the afternoon at Rhossili Bay. It was wonderful to soak up the sunshine and breath in the fresh sea air. The weather was tremendously cooperative for most of the day and it felt as if it were a proper holiday at the beach—even if that beach happened to be on the chilly North Atlantic coast of Britain in the merry month of December. I’m not really complaining, because just look at that view. What a beach it is! Absolutely stunning. 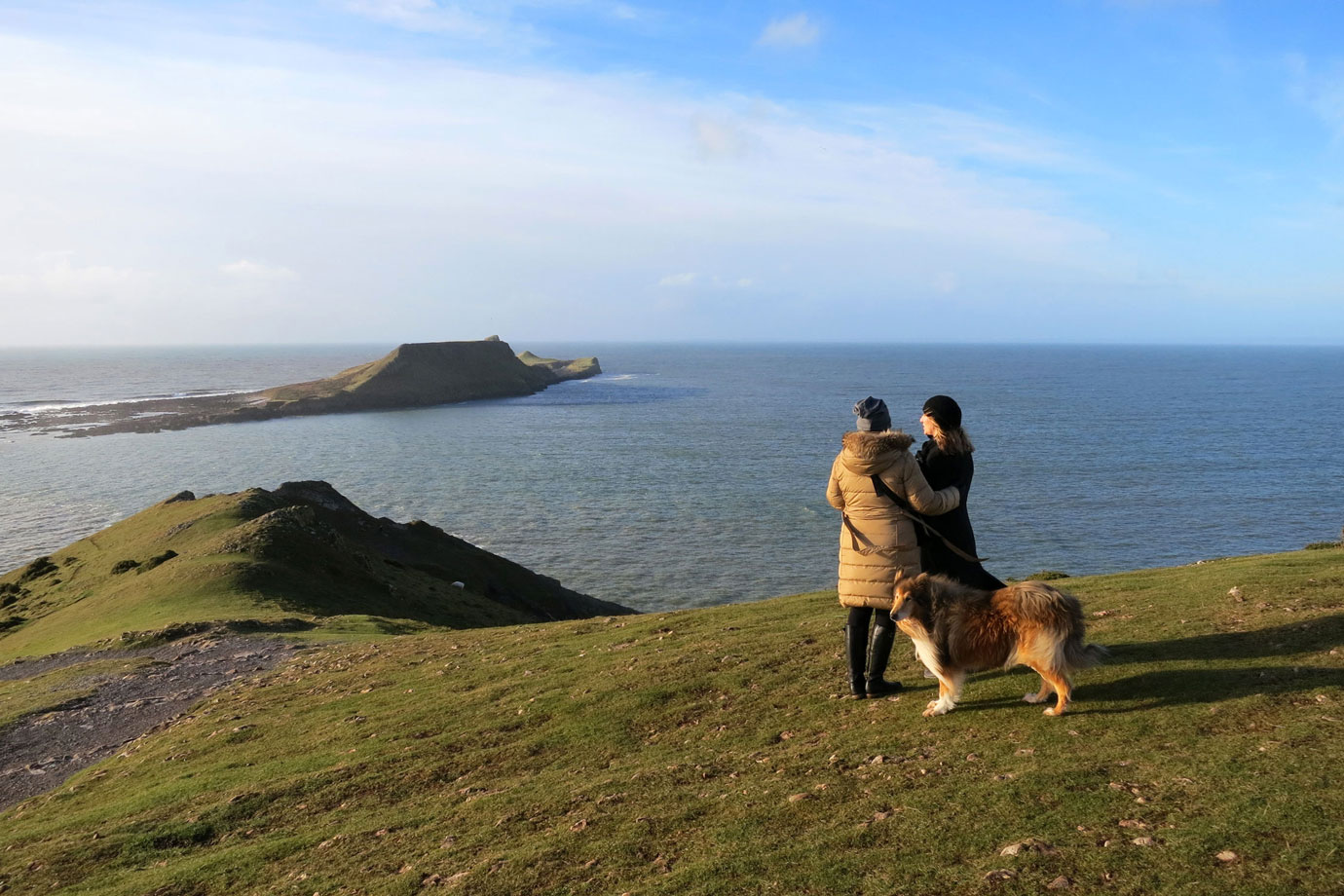 We weren’t the only ones that had the bright idea of walking along the coastal paths and sandy shores of Rhossili Bay today. There were plenty of others taking in the splendid views and walking off the after effects of one to many puddings. 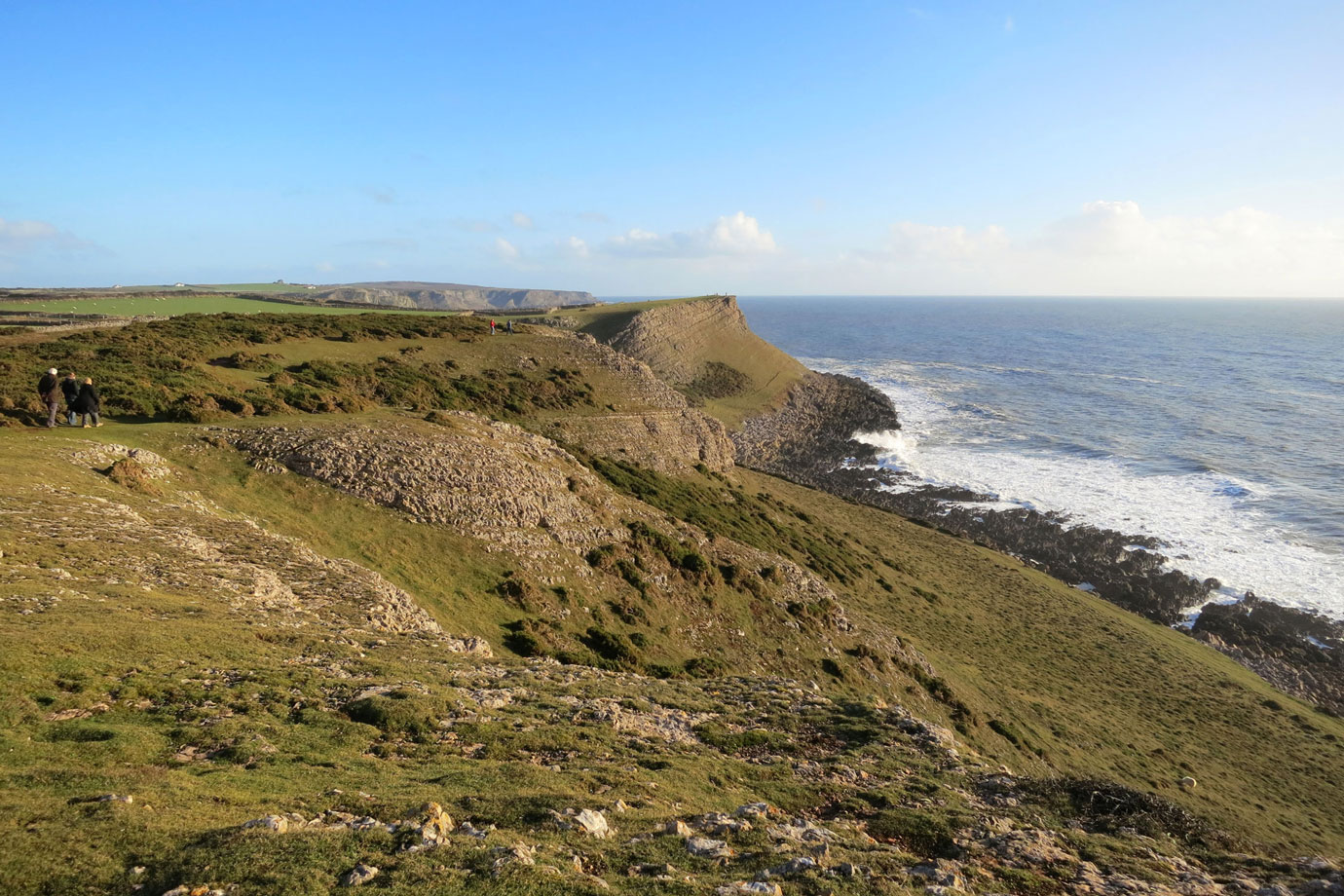 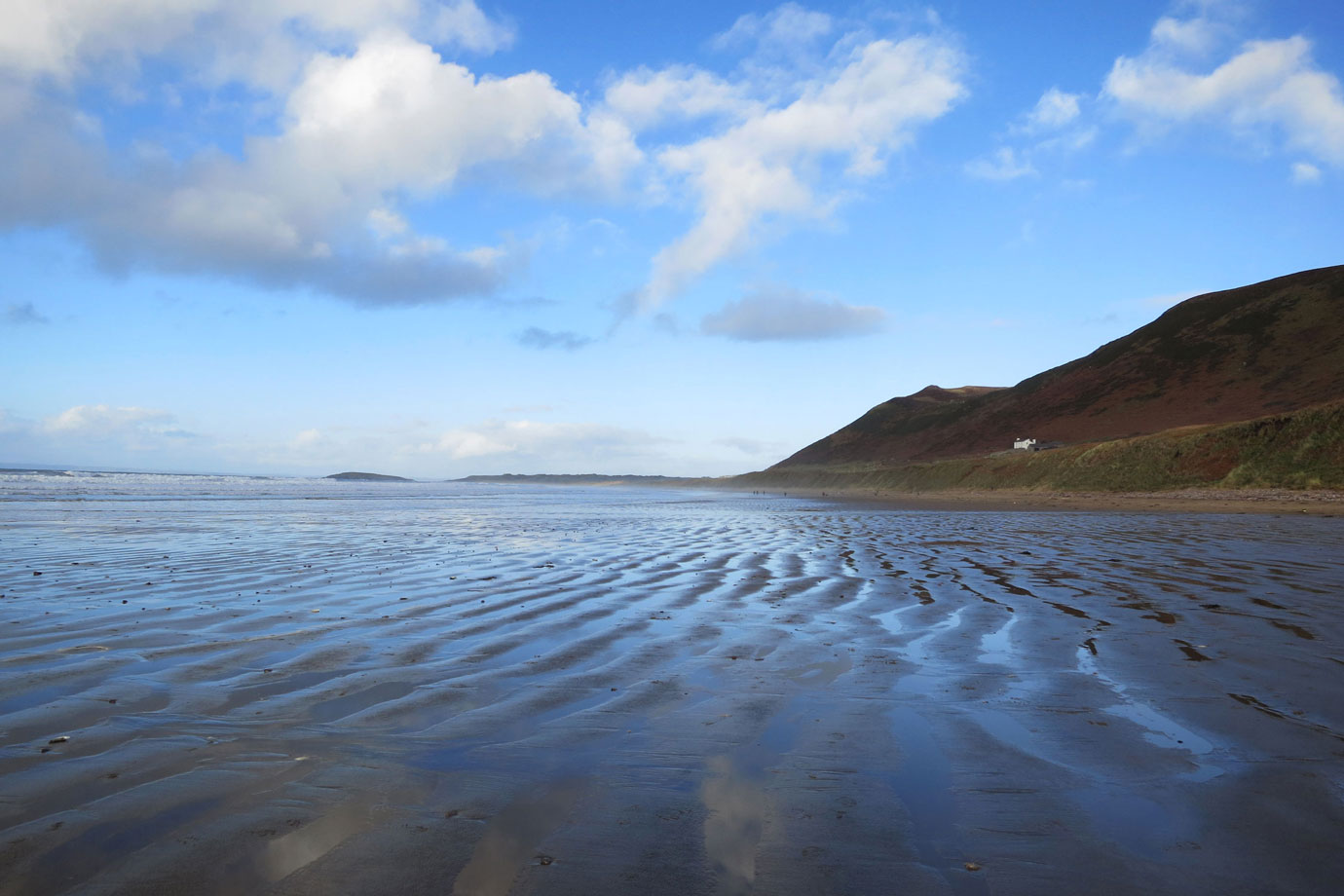