A few weeks ago, Nemo dumped about six inches of snow on the Chicago area before it ganged up with a Nor’easter to sucker-punch the East Coast. Ever since then, the temperatures around here have alternated between freezing and thawing so quickly that the snow formed large puddles and slush piles that froze again before they had a chance to soak into the ground.

The thawing and freezing cycles left forest preserve paths in a treacherous state. Although maintenance crews plowed a few of the more popular trails, most were left buried beneath six inches of snow. Hikers who walked the unplowed paths left footprints that froze into slippery uneven mounds and potholes. Any attempt at walking on the paths quickly turned into a poorly choreographed sequence of slipping, sliding, tripping and backtracking to avoid the worst patches. 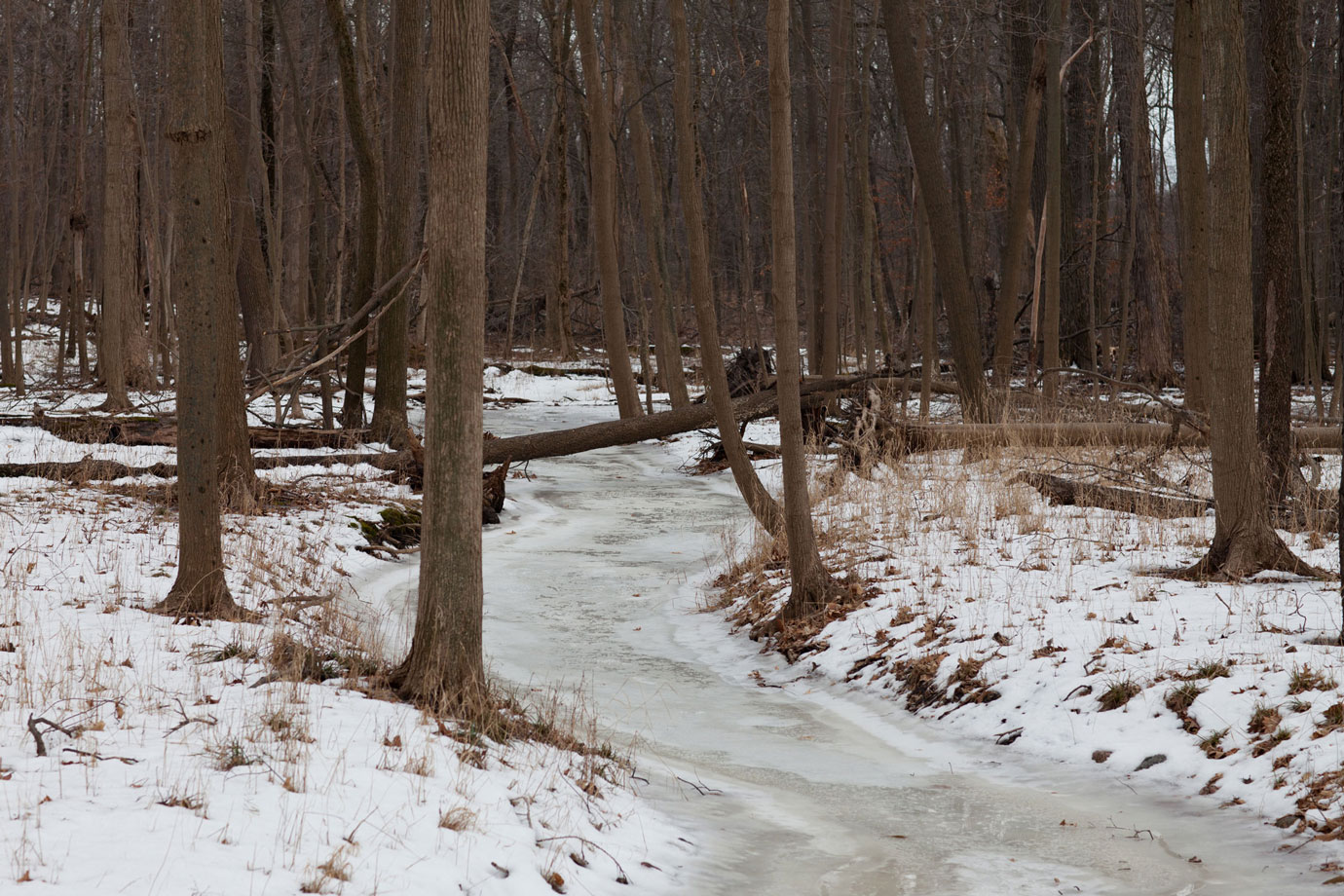 This is not a path, it is a creek.

Despite the dire conditions I knew awaited me, I was determined to hike in Ryerson Woods today. I parked at the lot in front of Brushwood and from there hiked to Ryerson Cabin, Smith Cabin and back. By some miracle, I did this without doing a face-plant onto the ice. Although my hike was short—at most two miles—I got a good workout from all the effort required of me to retain my balance as I slipped and slided my way along the path. At one point, I noticed a small frozen creek and found it rather amusing that it looked smoother and less troublesome than the icy, lumpy, slick path I was trying to follow. 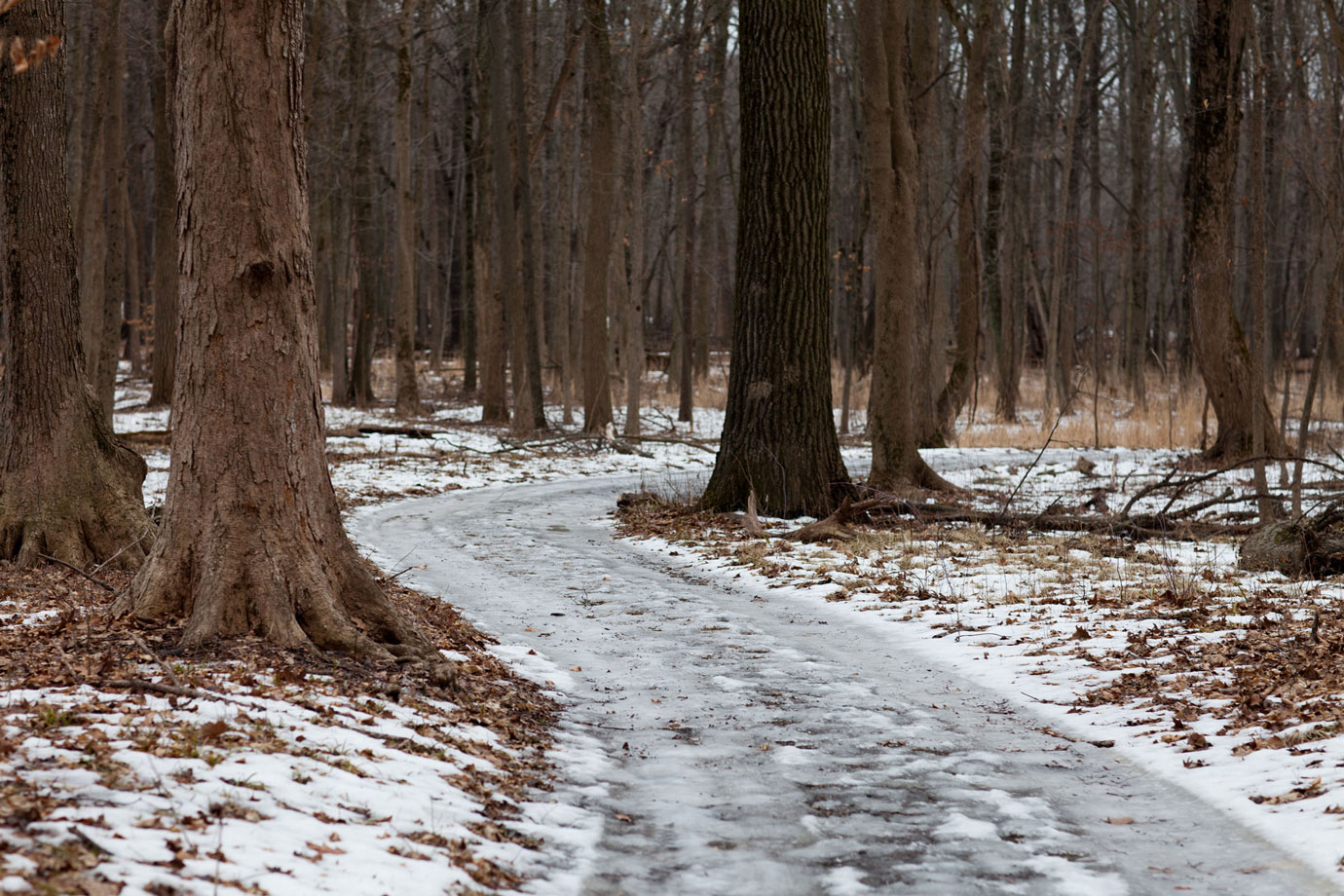 This is not a creek, it is a path.
Tags for this entry:   hiking · winter
« Previous · Woodcut at the Garden
Sprague Lake · Next »

Just thought I’d share a few more pictures of spring, that lovely several weeks that happens across the globe in places that are not Chicago.