This year, The Weather Channel started naming winter storms in an attempt to grant blizzards a degree of meteorological grit previously reserved for tropical cyclones. It also gave The Weather Channel a simple way to package, present and publicize a storm in an easy-to-assimilate manner. They declared their foray into snowstorm nomenclature last November on their website:

During the upcoming 2012-13 winter season The Weather Channel will name noteworthy winter storms. Our goal is to better communicate the threat and the timing of the significant impacts that accompany these events. The fact is, a storm with a name is easier to follow, which will mean fewer surprises and more preparation.

The announcement was rather poorly received by some meteorologists. Among those who disliked the idea was Chicago’s very own Tom Skilling, who according to the Chicago Tribune posted the following on his Facebook page:

It seems a solution to a non-existent problem. Is anyone in this day and age unaware we have a major storm headed this way? I seriously doubt it. And would naming the storms really address this situation?

I agree. The reason why tropical cyclones are given names is to enable forecasters to keep track of multiple concurrent storms that are all floating around in the same area, developing at different rates and presenting various threats. But this doesn’t happen with winter storms, at least not on this planet. It’s unheard of to see multiple winter storms so close together that they risk being confused with one another. But that hasn’t deterred The Weather Channel.

So far this year, despite this season’s widespread snow drought, The Weather Channel has named its way through more than half an alphabet’s worth of winter storms: Athena, Brutus, Ceasar, Draco, Euclid, Freyr, Gandolf, Helen, Iago, Jove, Khan, Luna and Mangus.

Which brings us to our current storm: Nemo.

Nemo is the first storm this winter to really show some muster around here. Right now, Nemo is dumping wet, heavy, white stuff all over the Chicago area. But we’re not going to see all of Nemo’s might. We’re just experiencing the prelude to Nemo. The main act is over on the East Coast where Nemo is expected to team up with a Nor’easter and deposit up to two feet of snow on a wide swatch of coastal territory from Long Island to the Bay of Fundy. It will likely be a record breaker of a storm. Thank Heaven it has a name. 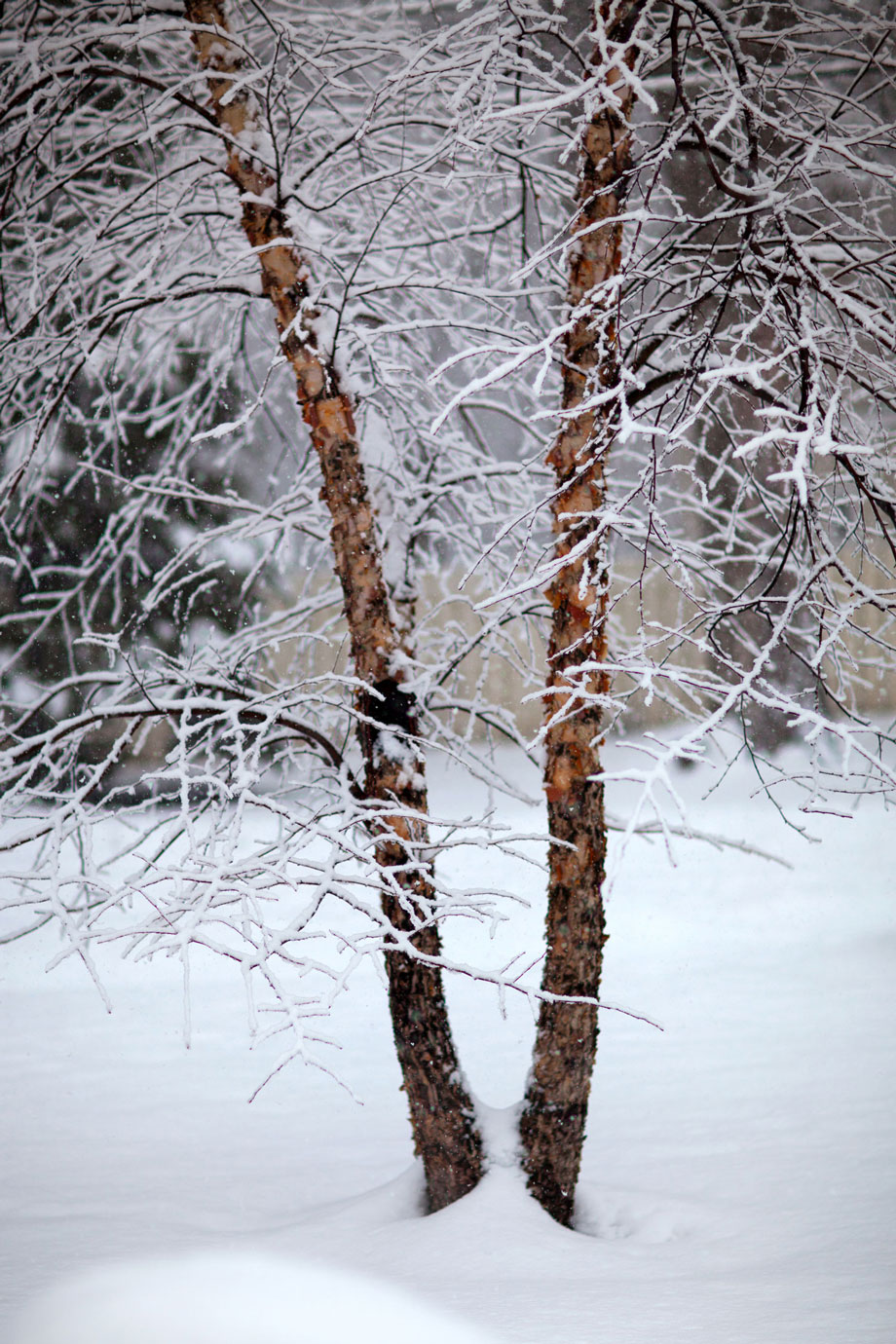 Another photograph of my snow-laden river birch.
Tags for this entry:   snow · weather
« Previous · Warwick Castle
Woodcut at the Garden · Next »

All the Way to Chasm Lake

I wake at 3:45 AM and make final preparations for a hike to Chasm Lake. I toss my gear in the car and set off. At this time of the morning, the drive is easy, the sky clear, the stars bright, the landscape vast.