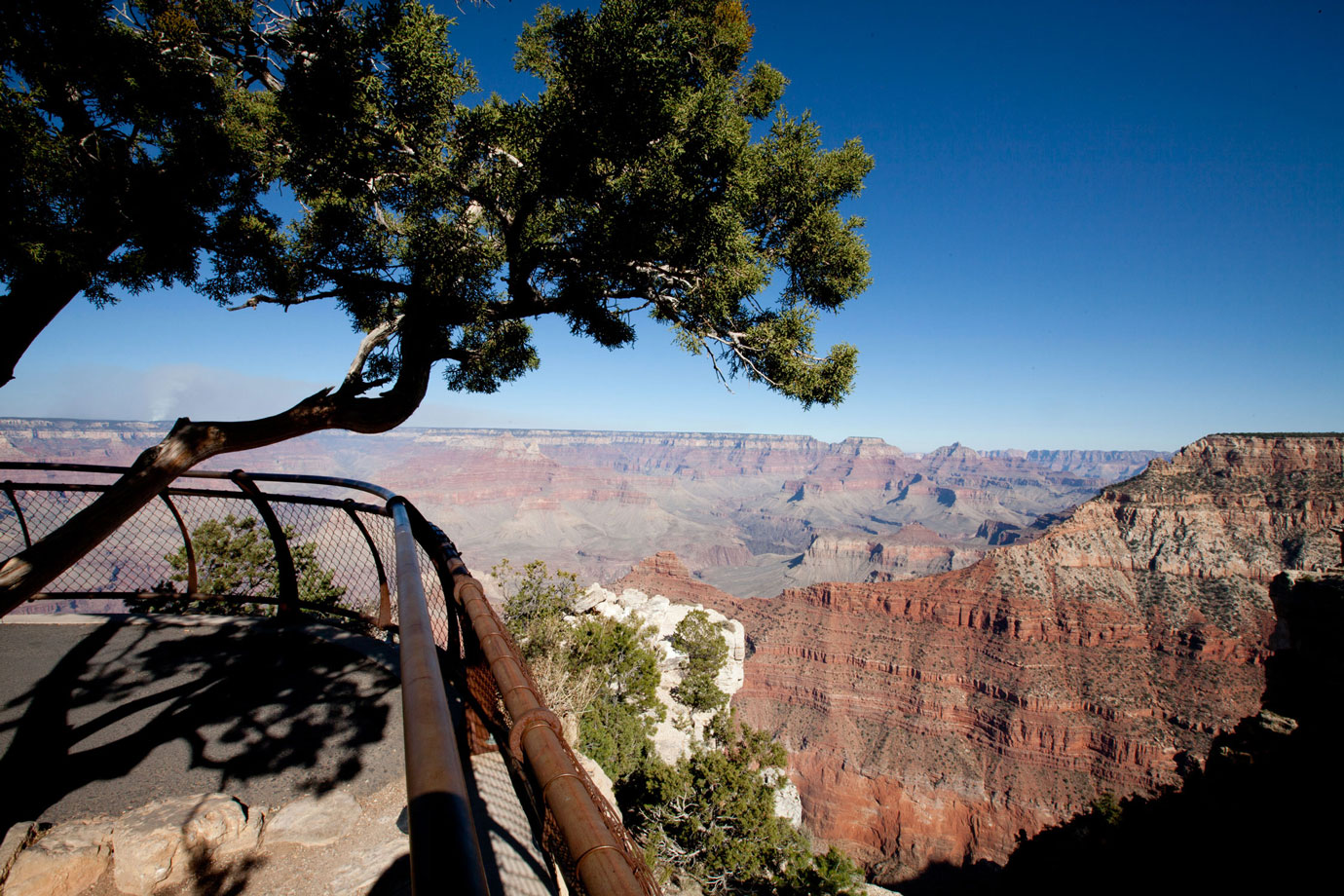 So far on this vacation, I’ve done little more than sit in the car, play Wasabi Sudoku on my iPad and hobble from one gallery to the next along the length of Canyon Road. Today’s trip to the Grand Canyon involved the first real hike since my surgery and it was a knockout. In a good way. I wasn’t prepared for how tiring it would be to walk Rim Trail. It’s almost completely level for crying out loud. But I had to stop and rest every few minutes. I used my camera as a crutch, pausing to take a picture every time I felt the sudden urge to lie down on the path and go to sleep. 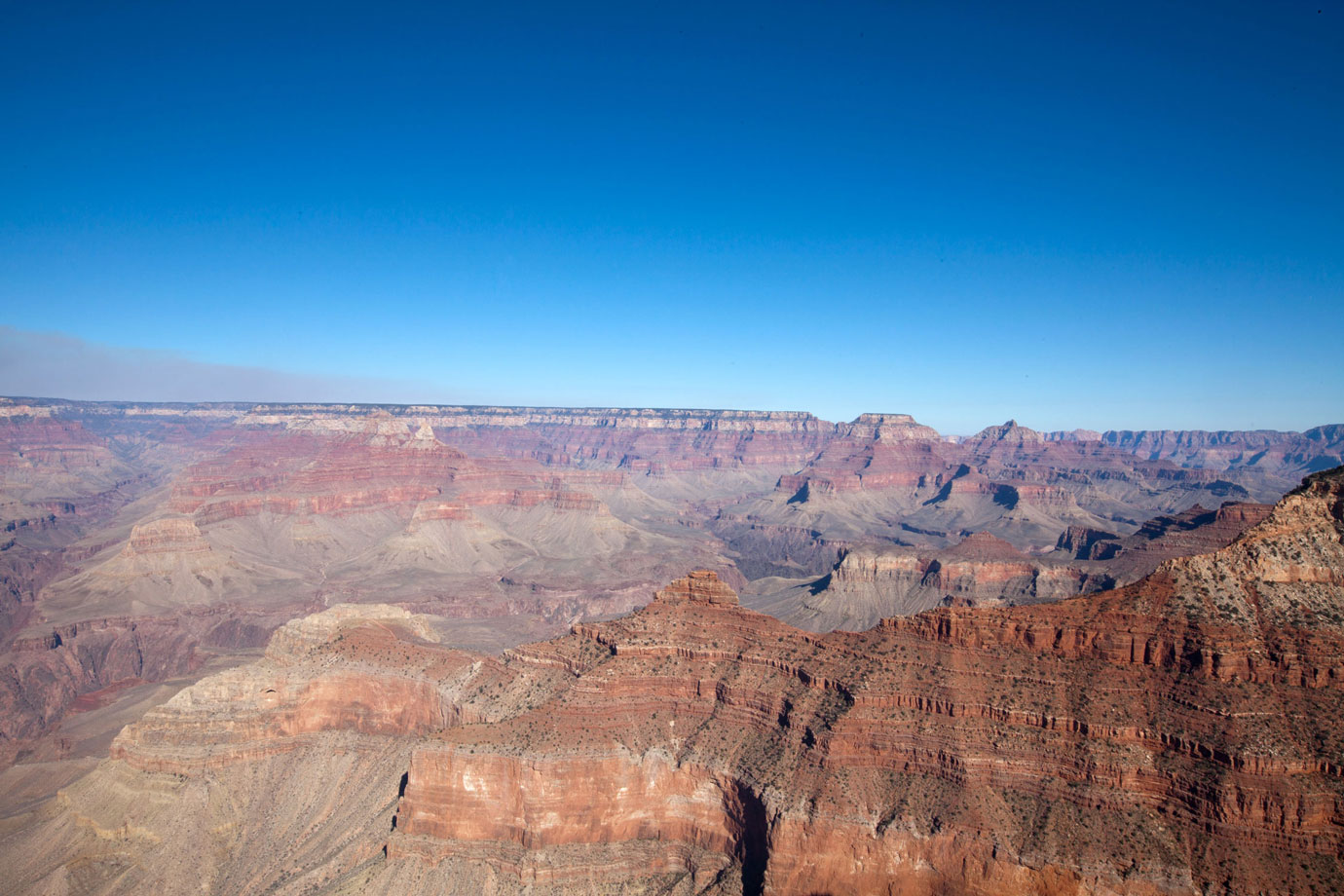 Normally, I’d be all excited about the geology of a place like this. I’d be trying to identify every layer in the canyon wall—the Kaibab Formation at the top, the Redwall Limestone in the middle, the Bright Angel Shale further down, and the Vishnu basement rock at the deepest depths. But from behind a fog of synthetic analgesics, the Grand Canyon looked to me like a very large and surprisingly colorful ditch. I soon discovered that on pain killers, I had the attention span of a golden retriever and the intellect of a rock hammer. 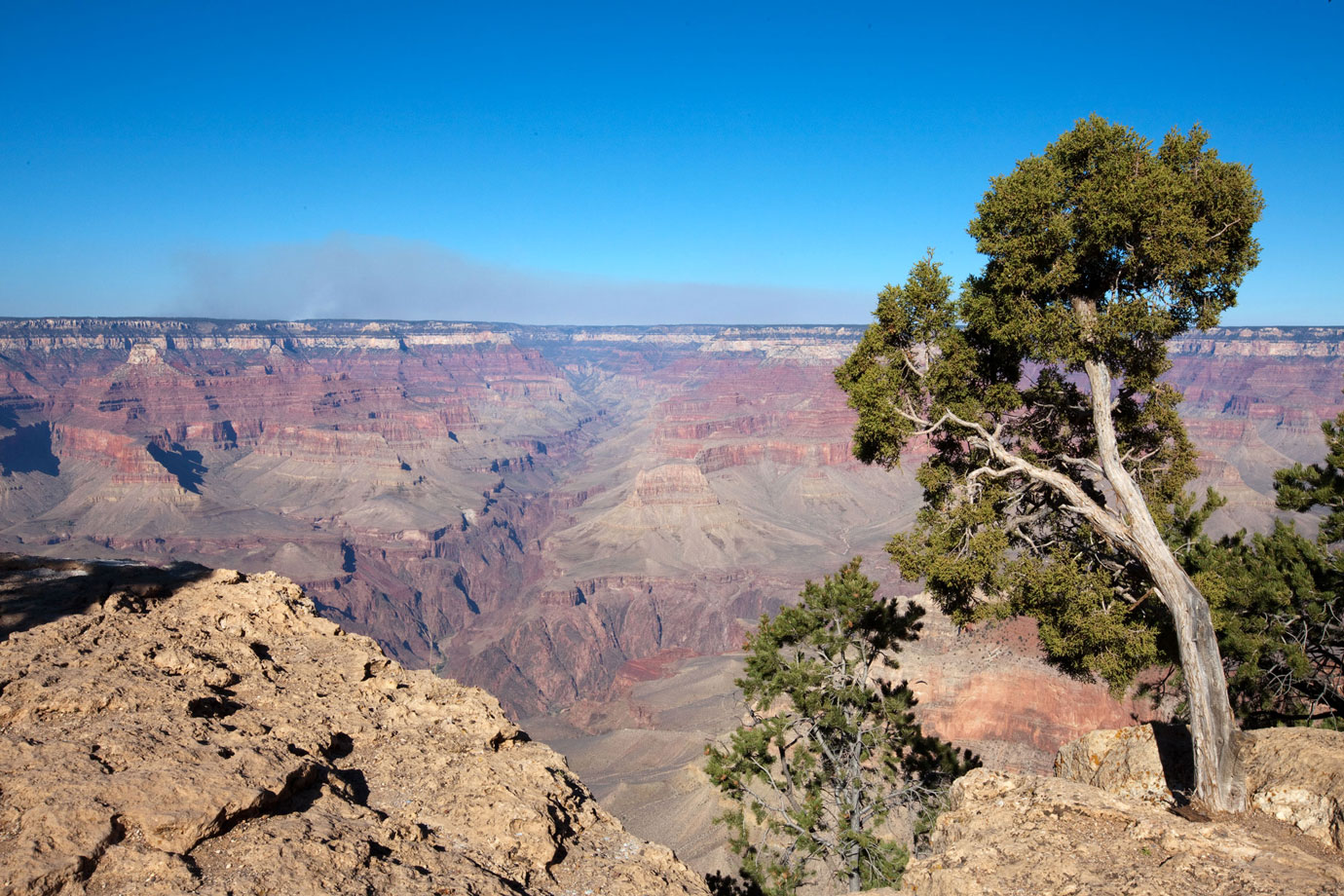 Despite how tiring it was for me to hike along Rim Trail, it gave me new strength. I had been needing to increase my activity level and what better place is there to do so than right here? Yes, I was exhausted. Yes, recovering from surgery is challenging. But I was hiking in the southwestern sunshine astride one of the seven natural wonders of the world. Beat that. 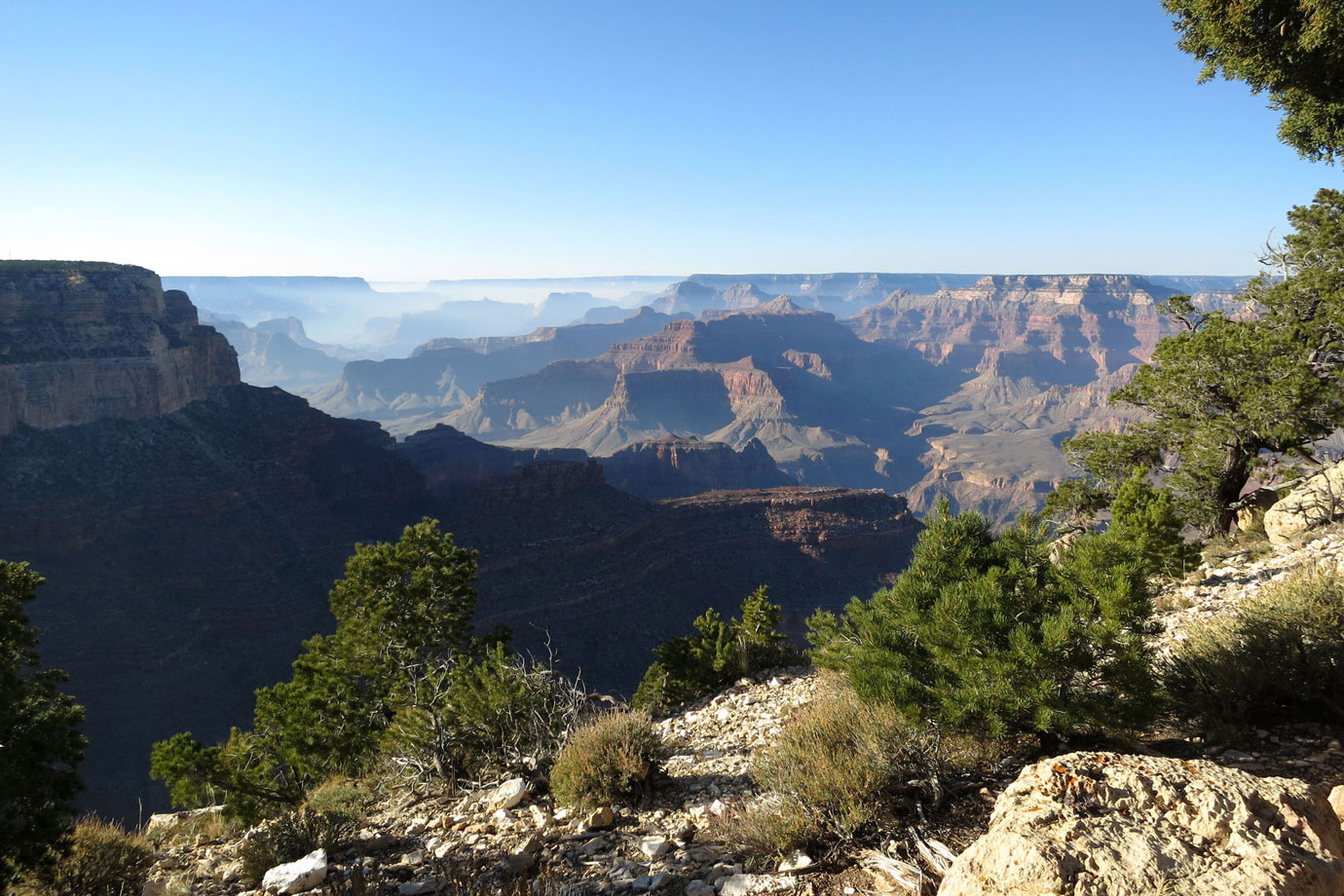 Tags for this entry:   canyons · hiking
« Previous · Boulder to Santa Fe
Sedona · Next »