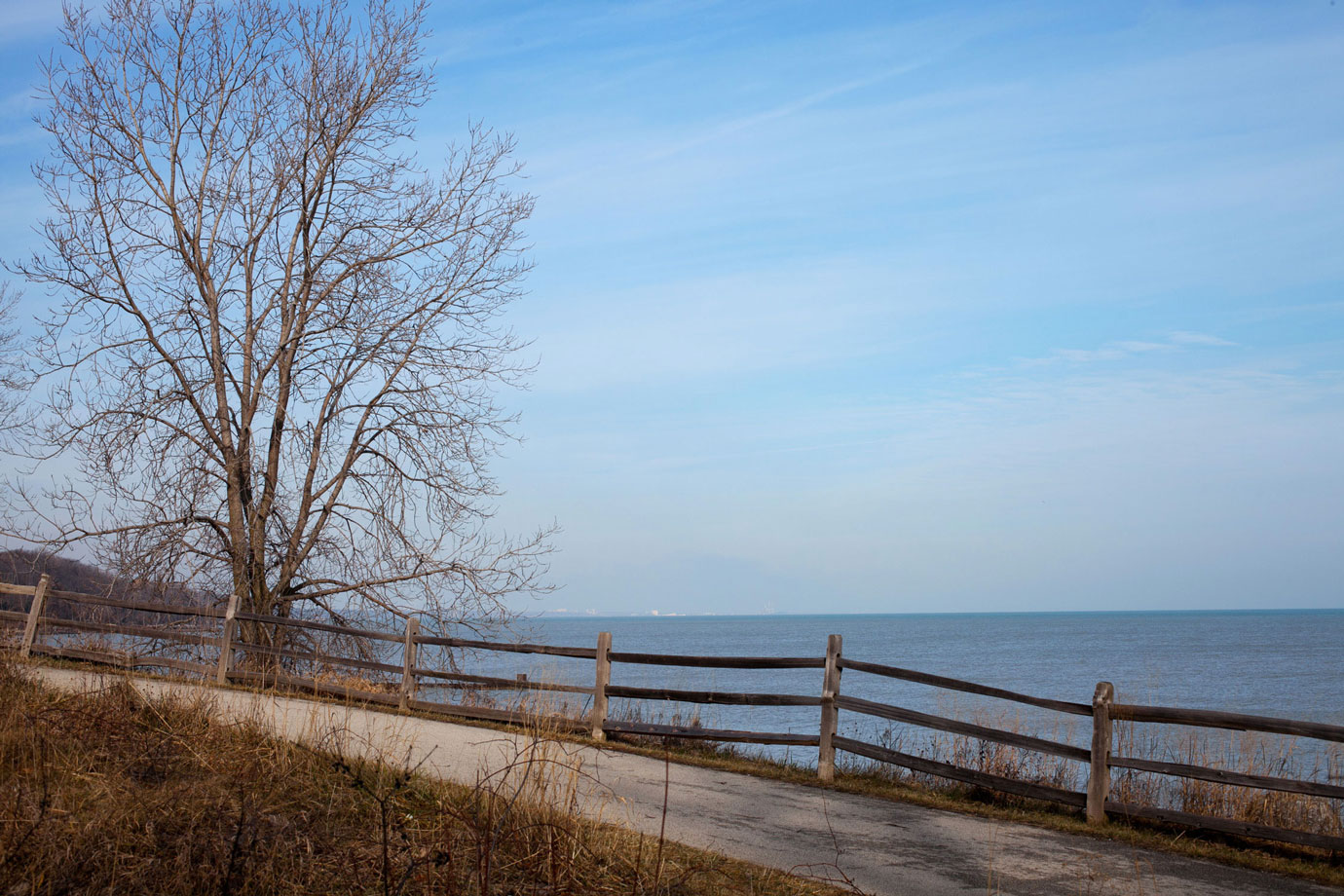 Each New Year’s Eve, I try to make a point of going for a long walk. It’s become a wonderful annual meditation ritual for me—a great way to wind down and reflect before the bustle of the New Year sets in and sweeps me away.

I’m pretty stubborn about my year-end walks, meaning I don’t ever let the weather stop me. If the weather is dismal or fierce I convince myself that it adds to the effectiveness of the walk—the more inhospitable the conditions, the more focused I become. Granted, if the weather is mild (as it was today), I take it as a New Year’s gift and I thank Mother Nature for being so kind as to hold the snow and cold at bay. 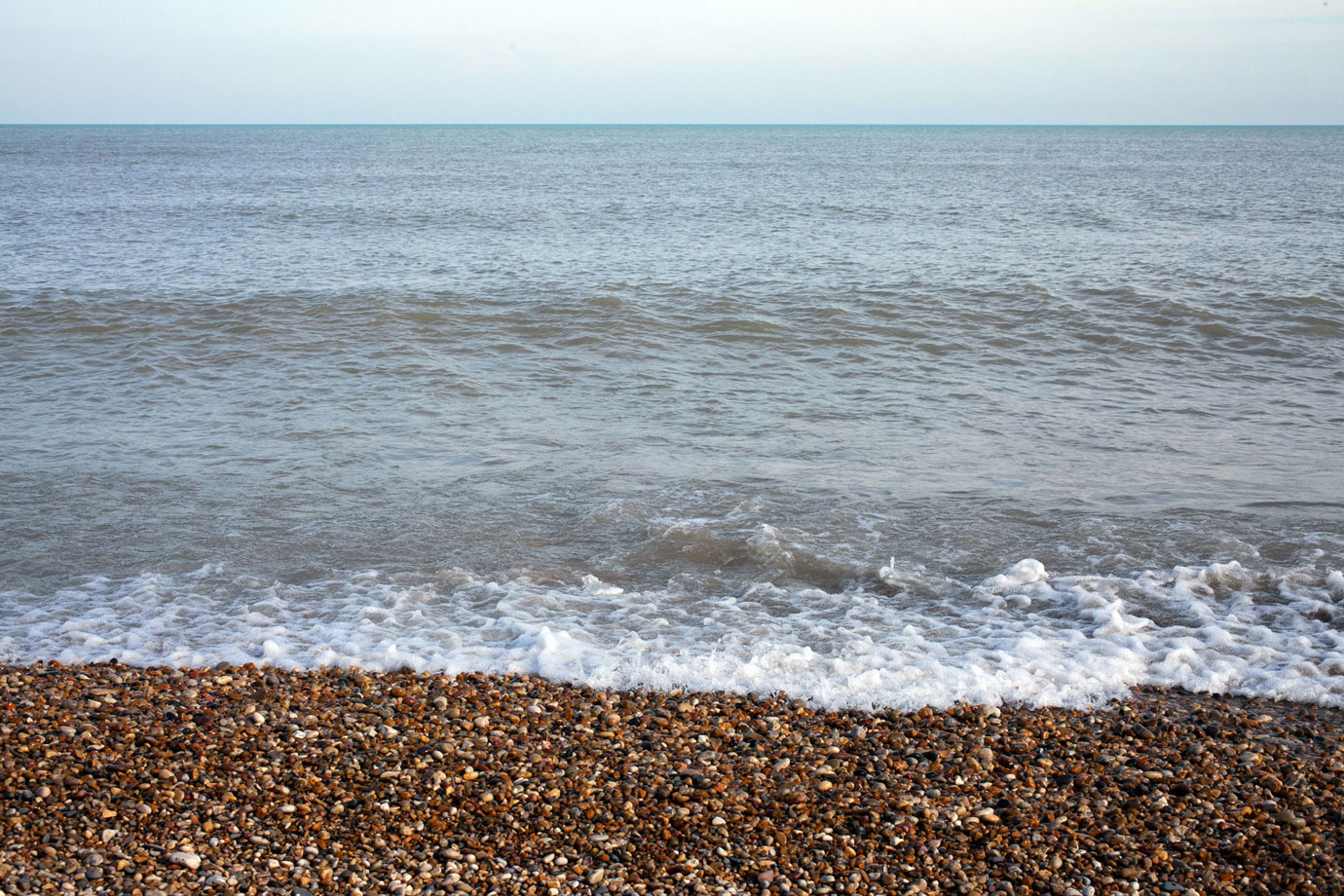 The method of my walk is straightforward. I pick a location that lies well beyond the rumble of traffic and where there are miles of trails to wander. I walk at a slow pace and I think—first about the past year, then about the coming year. I try to recall the resolutions I made the previous January and evaluate whether or not I stuck to any of them. I then contemplate my resolutions for the next twelve months. I try to pinpoint some things I want to achive. I try to be practical, but often I’m not. I also like to identify some things I’m going to avoid doing—bad habits I’d like to break. 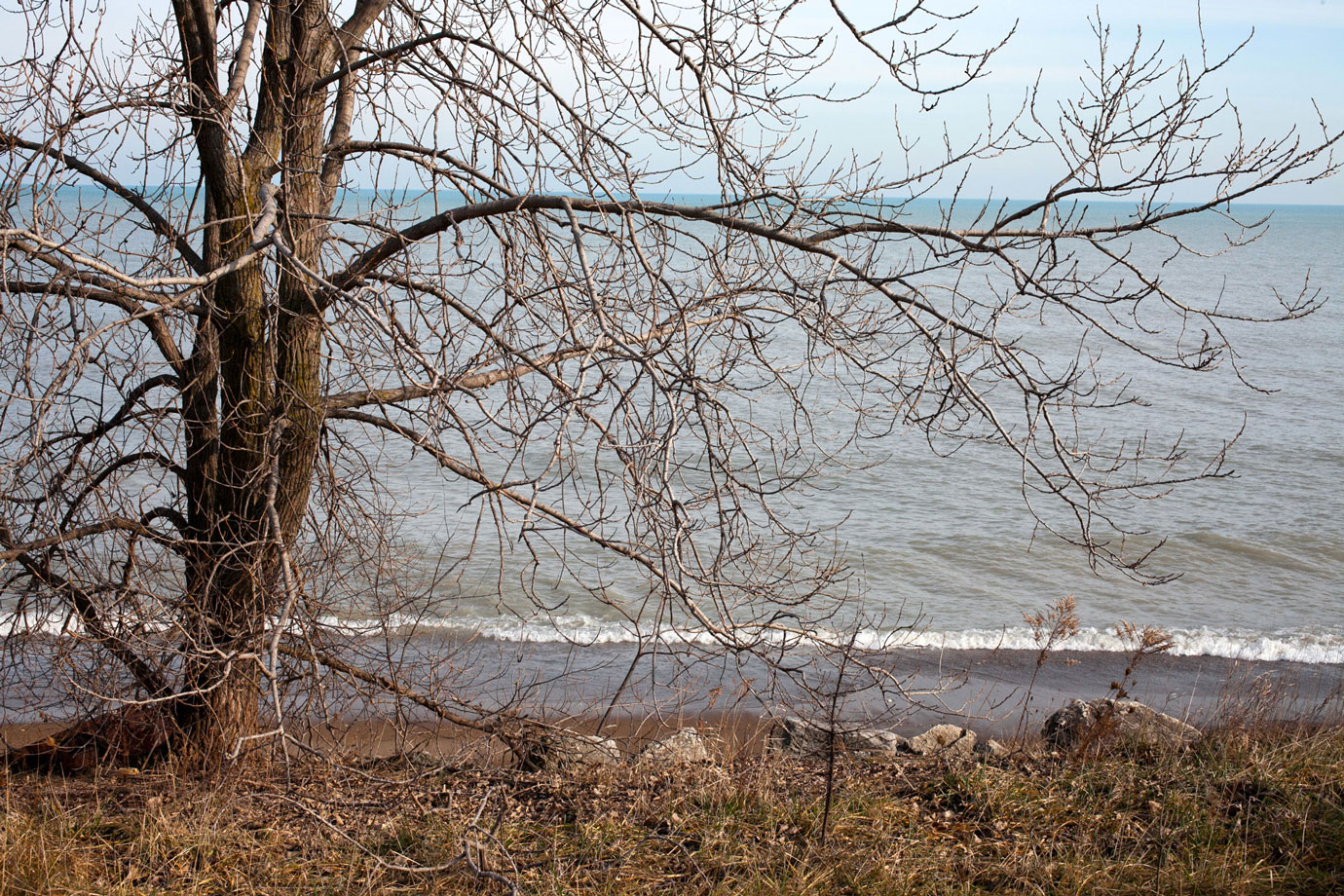 Then at some point during my walk, my mind tires of the whole resolution thing and I start to relax and just enjoy the scenery. My mental clutter clears. That’s the best part of the walk.

This year, I decided it would be nice to walk somewhere new. This presented me with a challenge—I didn’t have time to drive far, so I had to find an unfamiliar patch of ground that was close to home. 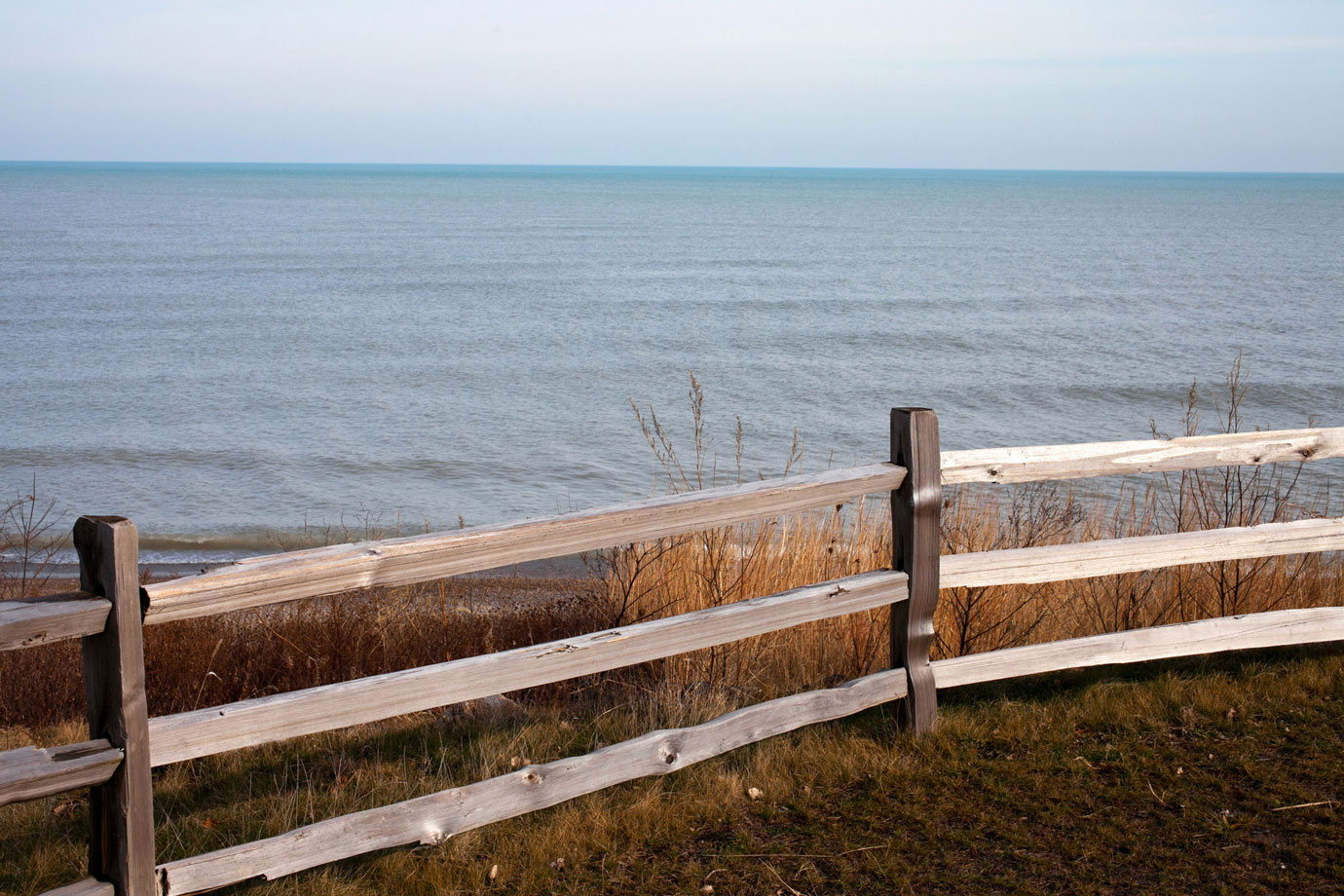 I unfolded my Lake County Forest Preserve map and spread it across the kitchen table. I studied it inch-by-inch until I located a notch of greenery I had yet to explore. Tucked away between Green Bay Road and the lakefront was the Fort Sheridan Forest Preserve. Although I’ve been to Fort Sheridan many times, I’ve never walked the nearby forest preserve paths. It was the perfect new place to explore. 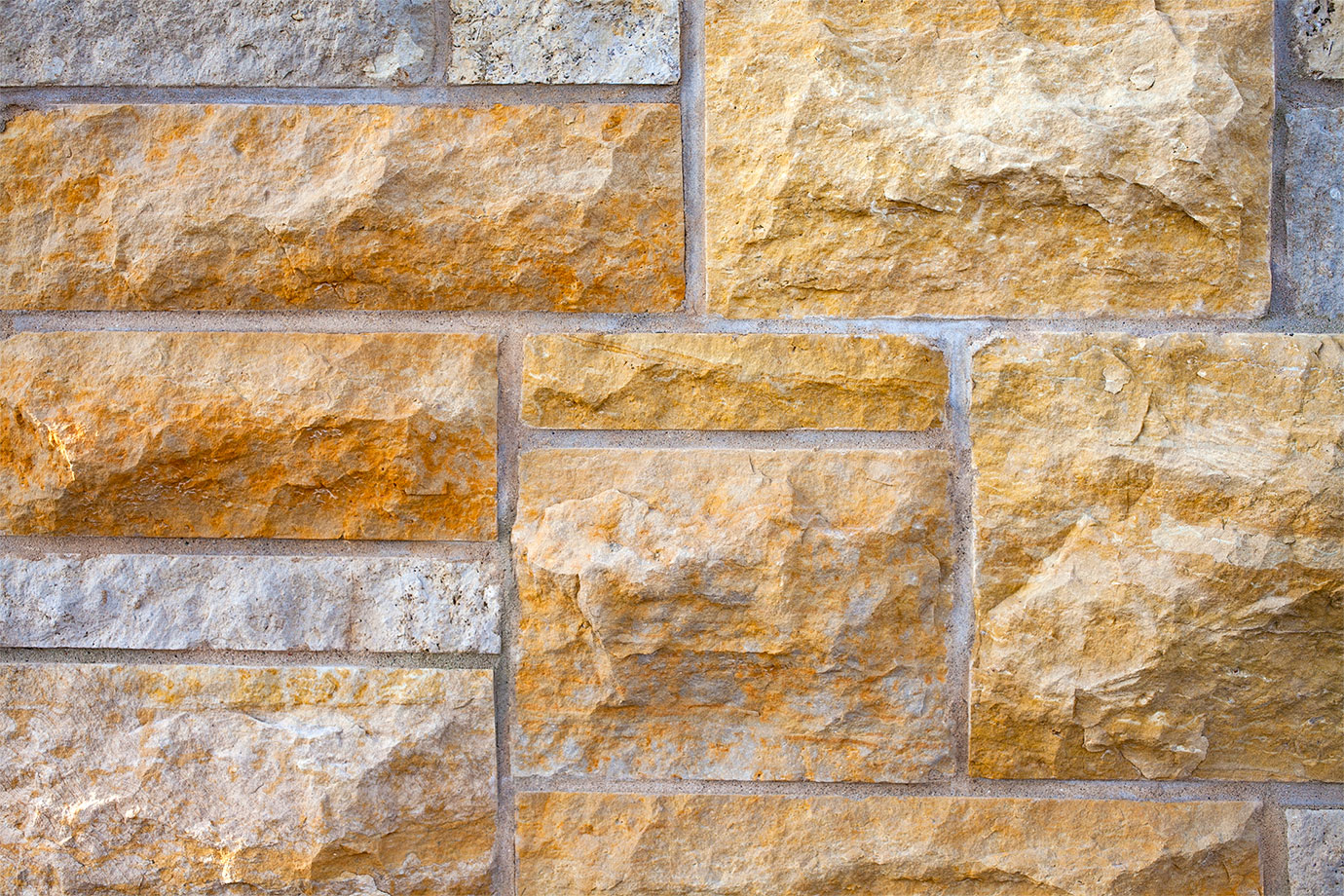 So, the decision made, I set off for Fort Sheridan Forest Preserve. When I arrived, the skies were pale blue. A thin layer of clouds was building, gradually blocking the already soft sunlight. An icy lake breeze cut through my coat. I walked briskly along the path to the lake where it descended a series of limestone steps that opened out onto the narrow beach. Several other people wandered leisurely along the shore. The lake was turquoise and calm. Small waves tumbled and crashed over the pebble beach. 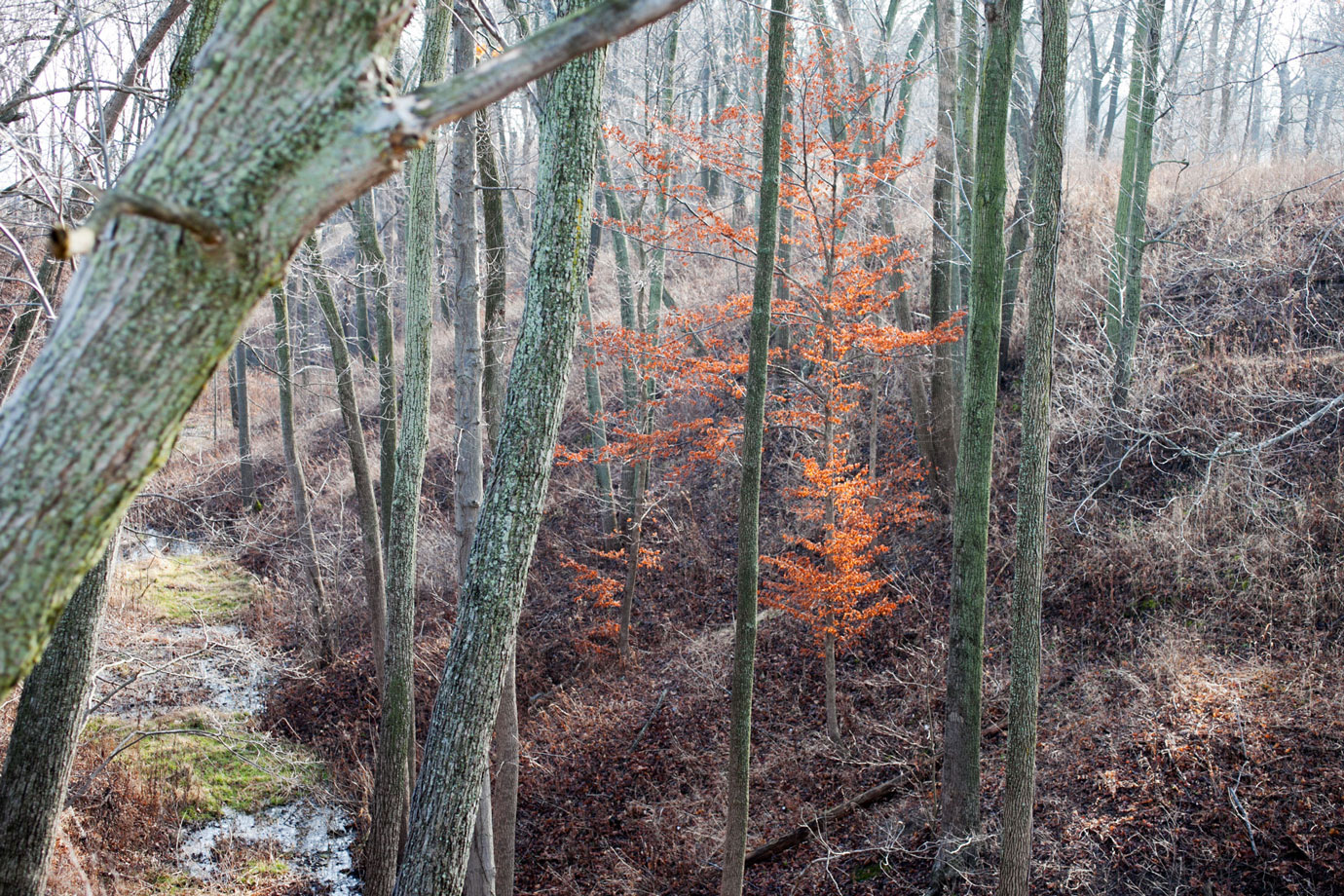 I strolled for a while up and down the beach pondering my resolutions, then I climbed back up to the top of the bluff. I followed the path along a deep ravine until it turned and topped off at the edge of a large field. An hour of walking passed like five minutes. But I was refreshed and ready to go home. Although I am still working on my resolutions (so far, they resemble the resolutions I wrote seven years ago), my walk was nonetheless productive. I am certain of one thing—I intend to revisit Fort Sheridan Forest Preserve in 2012 to see what it’s like in other seasons. It’s certainly a gem in winter. 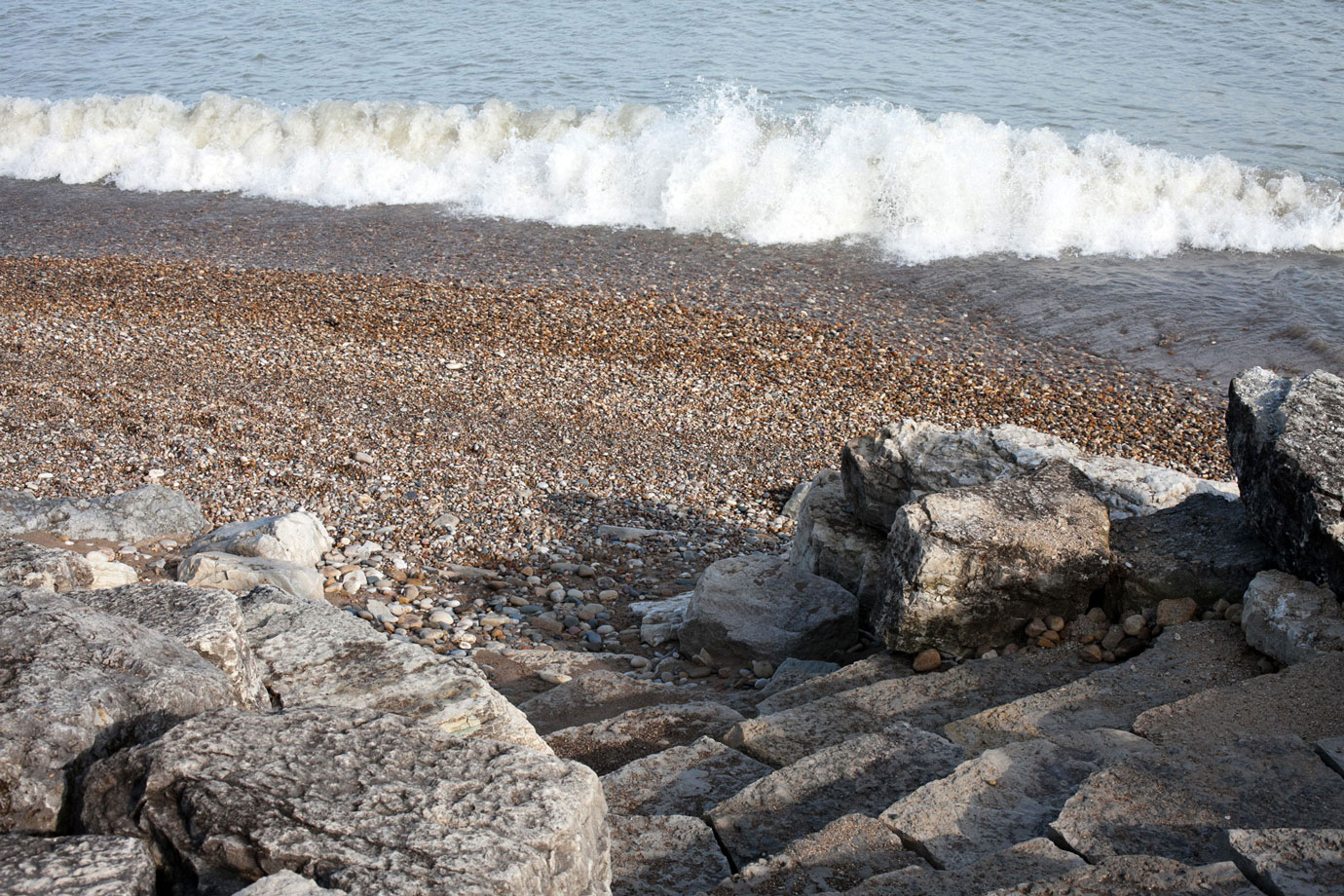