I simply have no idea how this rock remains perched atop what appears to be a crumbly bit of rubble. Had I been the one to name this geological treasure, it would not be known as Balanced Rock as it is today, but instead as Mindbogglingly Precarious Rock. It’s a good thing someone else is in charge of such nomenclature.

There’s a path around Balanced Rock that is all fine and dandy when you’re on the one side, which I shall here refer to as the Sunny, Balanced Side. Simply put, Sunny, Balanced Side is the side toward which the rock isn’t leaning. It’s all breathtakingly lovely from that side. I took five calm minutes to set up each photo I took on that side of the rock. But then, as you follow the path in a circle around the rock, you get to a point at which you step into the murky shadow of the thing. This is the side that I shall refer to as Distressingly Large Shadow Side. Yes, it is a distressing shadow. It’s a large shadow. It’s the type of shadow that could be cast by a large thunderstorm. Or a small planet. You choose. 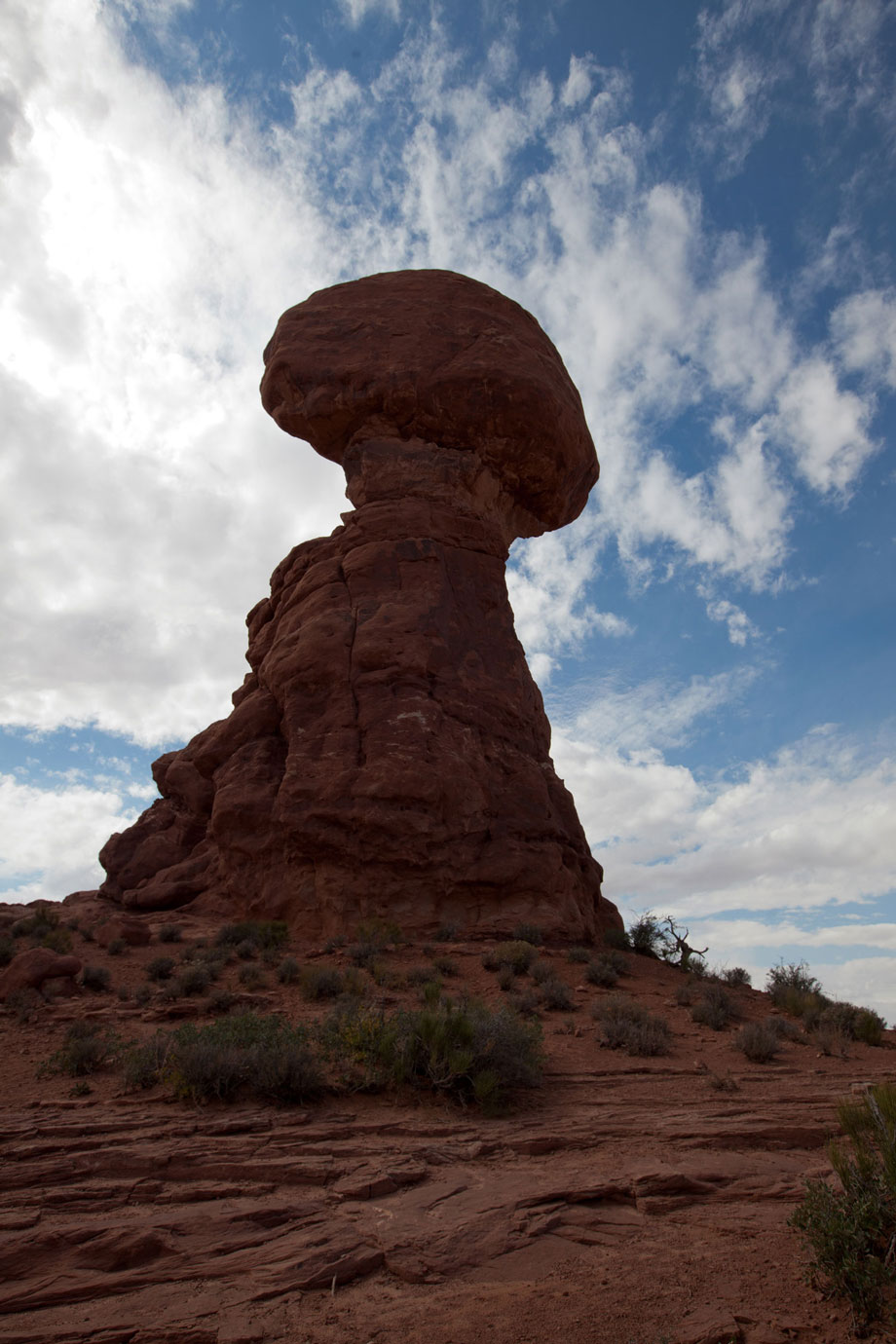 Anyway, as you step into Distressingly Large Shadow Side, that’s when you begin to get a little bit nervous. Especially when your hiking partner asks you to Stand Right Here while he takes your photo from Way Over There (which, as it happens, is located on Sunny, Balanced Side).

As you wait for the shutter to click, your mind starts to clatter like loose bits in a broken wristwatch. You remember that in some guide book you read earlier, Balanced Rock (or Mindbogglingly Precarious Rock, depending on your state of mind) was estimated to weigh-in at around 7 million pounds. Could that be right? You wonder how such a rock would bounce and tumble as it hit the ground. Can 7 million pounds bounce?

Fortunately, despite your concerns, Balanced Rock somehow remains perched atop its tower of rubble long enough for you to scamper out of its shadow like a startled land crab. 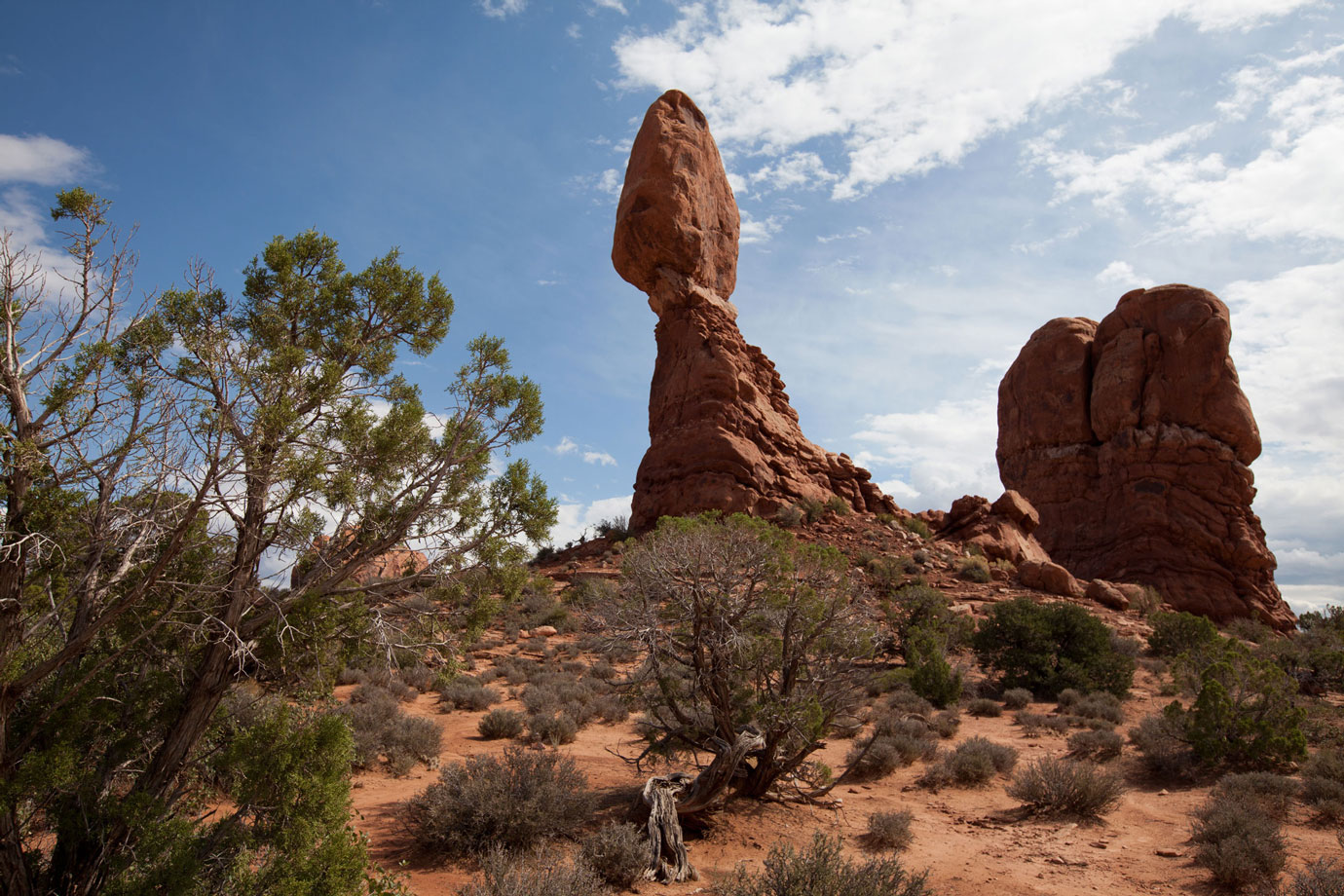 Way Over There
Tags for this entry:   hiking · vacations
« Previous · International Crane Foundation
Devil's Garden · Next »

My best attempts to stay acclimated to the cold are being ambushed by a heat wave. Today it got up to 47° in the Chicago area and tomorrow temperatures are expected to inch even closer to 50 degrees Farenheit.

A few days ago I started going for walks again. Let me be precise: outdoor walks, in the cold. This is an accomplishment considering I usually let January’s subfreezing temperatures and meager daylight confine me to the couch.

My gear selection and backpack loading is improving with each little adventure I embark upon. This weekend I discovered that, in some ways, I’ve become rather efficient at packing for a hike.