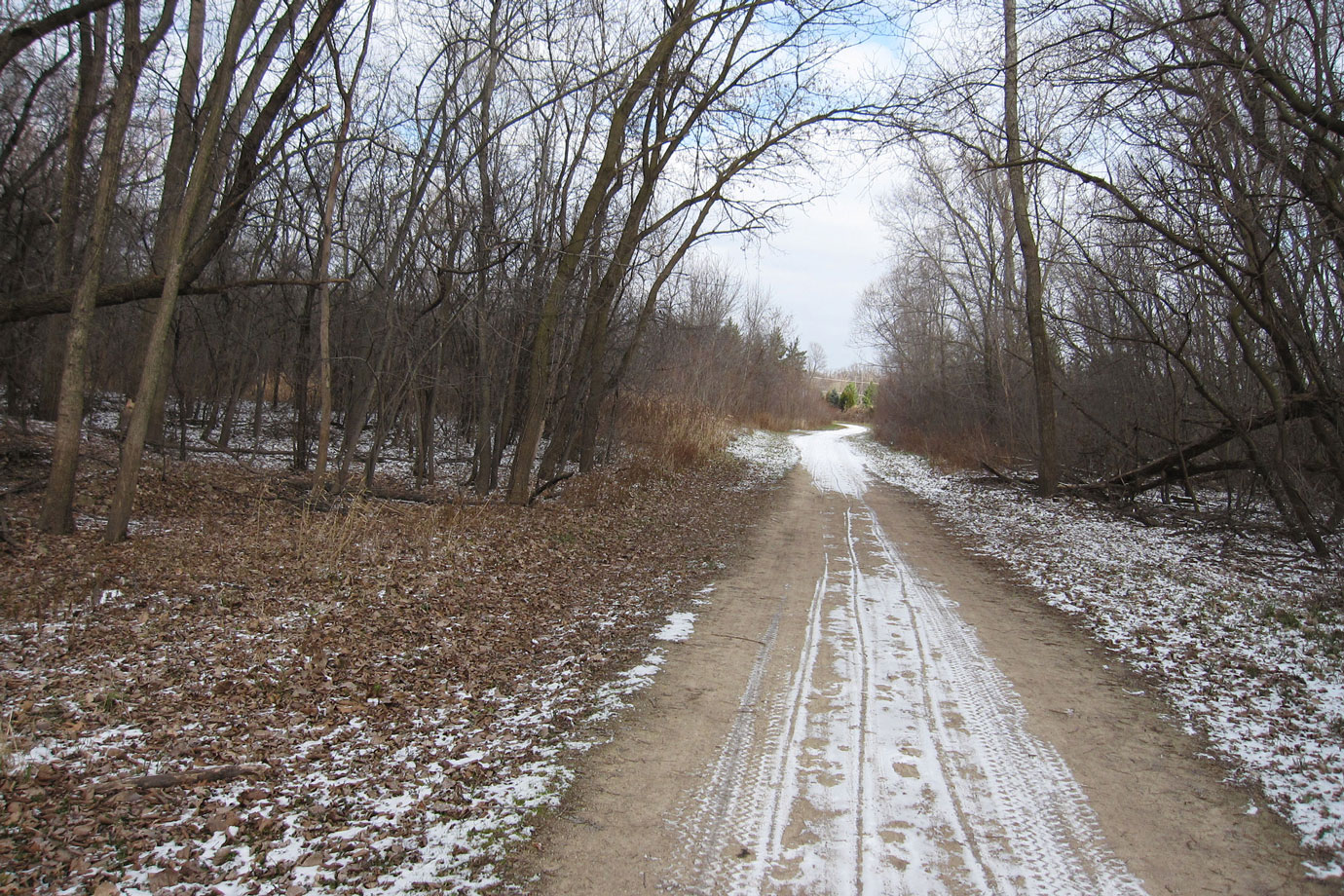 It’s been a real treat to be able to bike outside for so long this fall. I mean, it’s December for crying out loud and I can still ride the 12-mile loop to Old School Forest Preserve and back without risking frostbite or snow blindness. Normally by this time of year, if I’m pedaling at all I’m spinning wheels on a stationary bike at my health club. But instead I’m on the trails where the weather is mild and the crushed limestone paths are in top condition: dry and fast. To top it all off, there’s still a touch of green in places—mixed with a dappling of snow and the golden remains of last summer’s prairie grasses, it makes for some beautiful scenery. 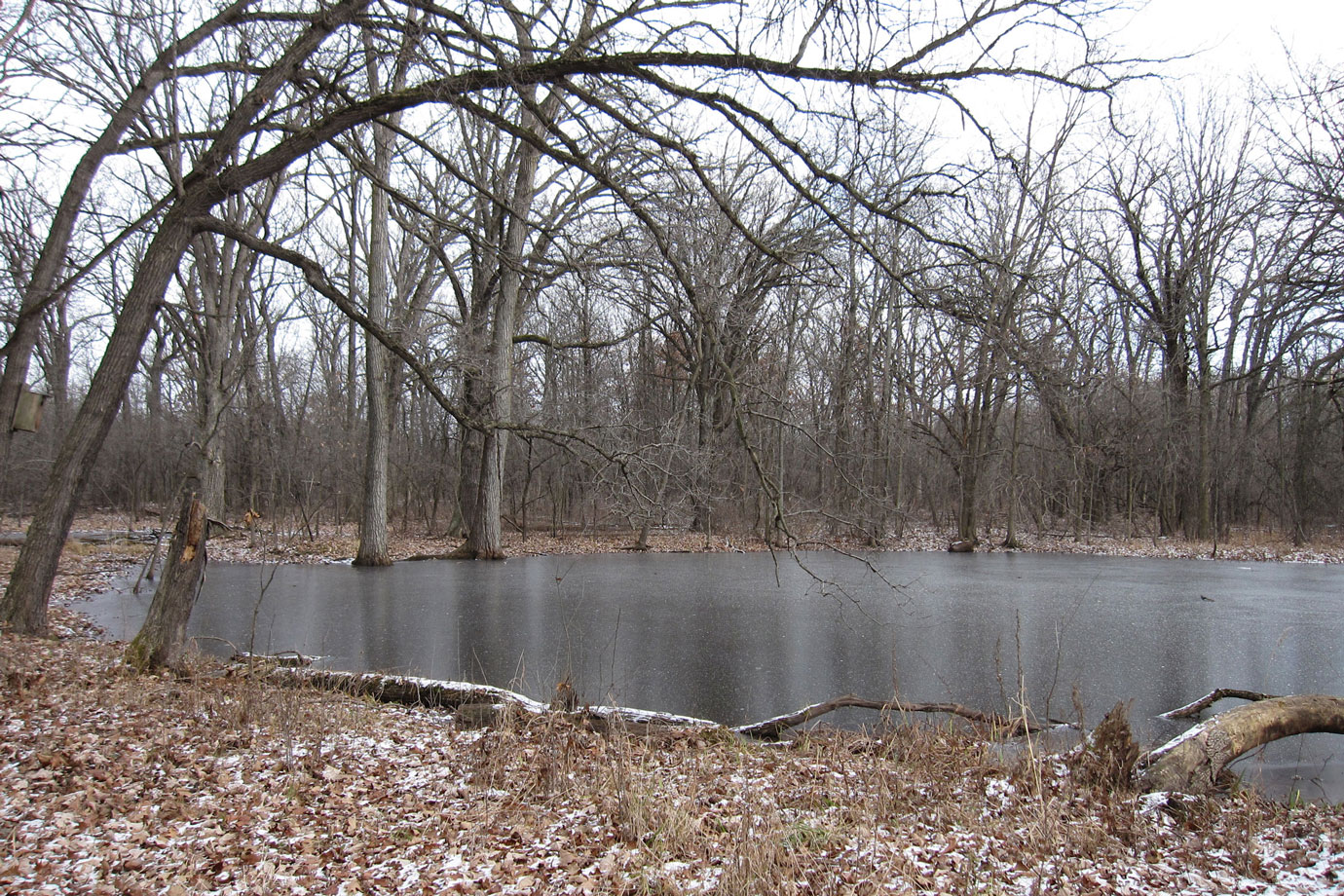 Along my route, there are pockets of places where winter seems to be taking root, just waiting for a chance to break free and run riot across the rest of the land. Shady places, windswept places, the north faces of hills and the bottoms of gullies—that’s where you can find hints of a coming cold. 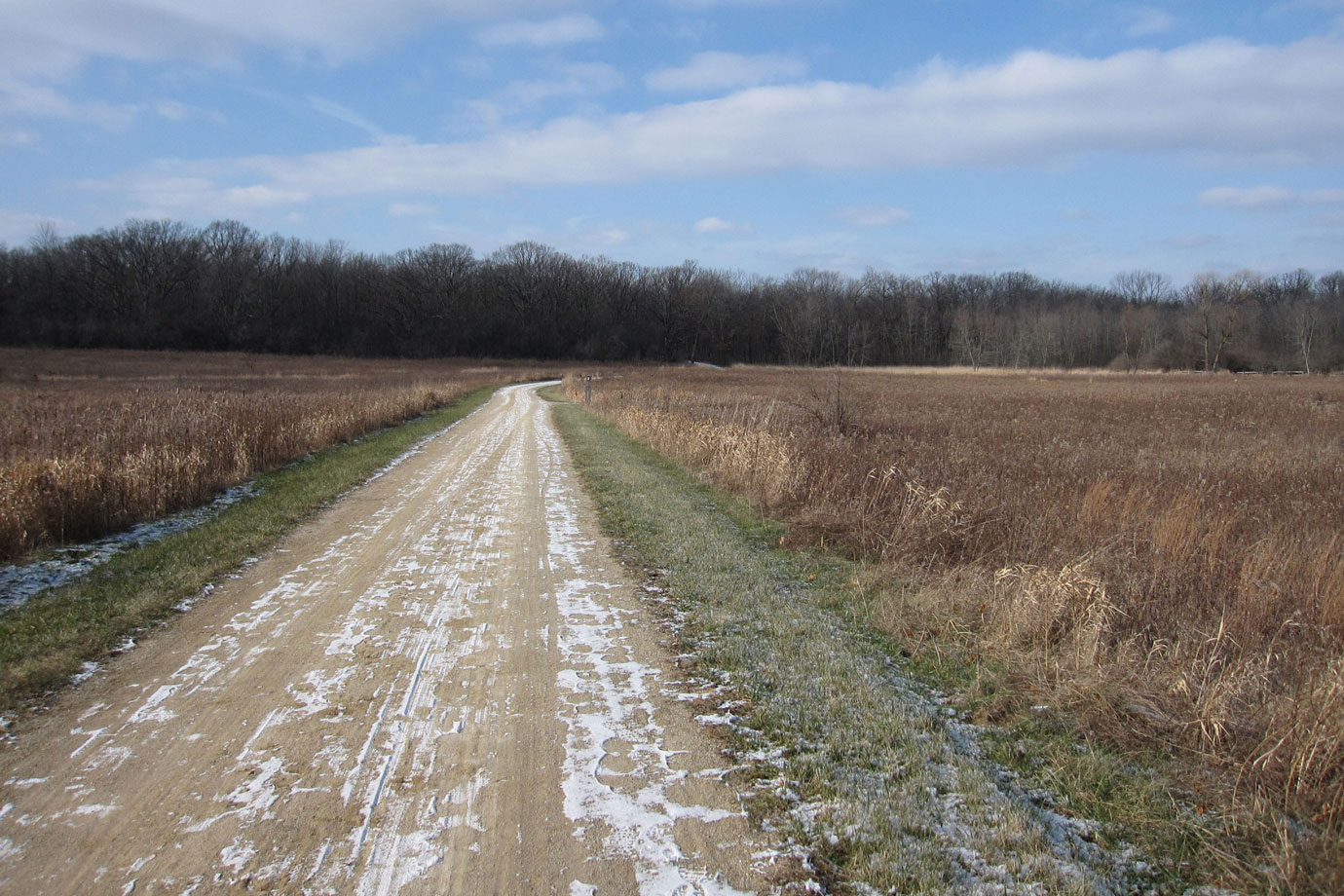 At the halfway point in my loop around Old School Forest Preserve, I pass a small pond. It sits in a low spot in the land and as a result is often the coldest part of my journey. The pond is slate-colored, silent and still. The water is not yet frozen, but it looks like it might crystalize at any moment. 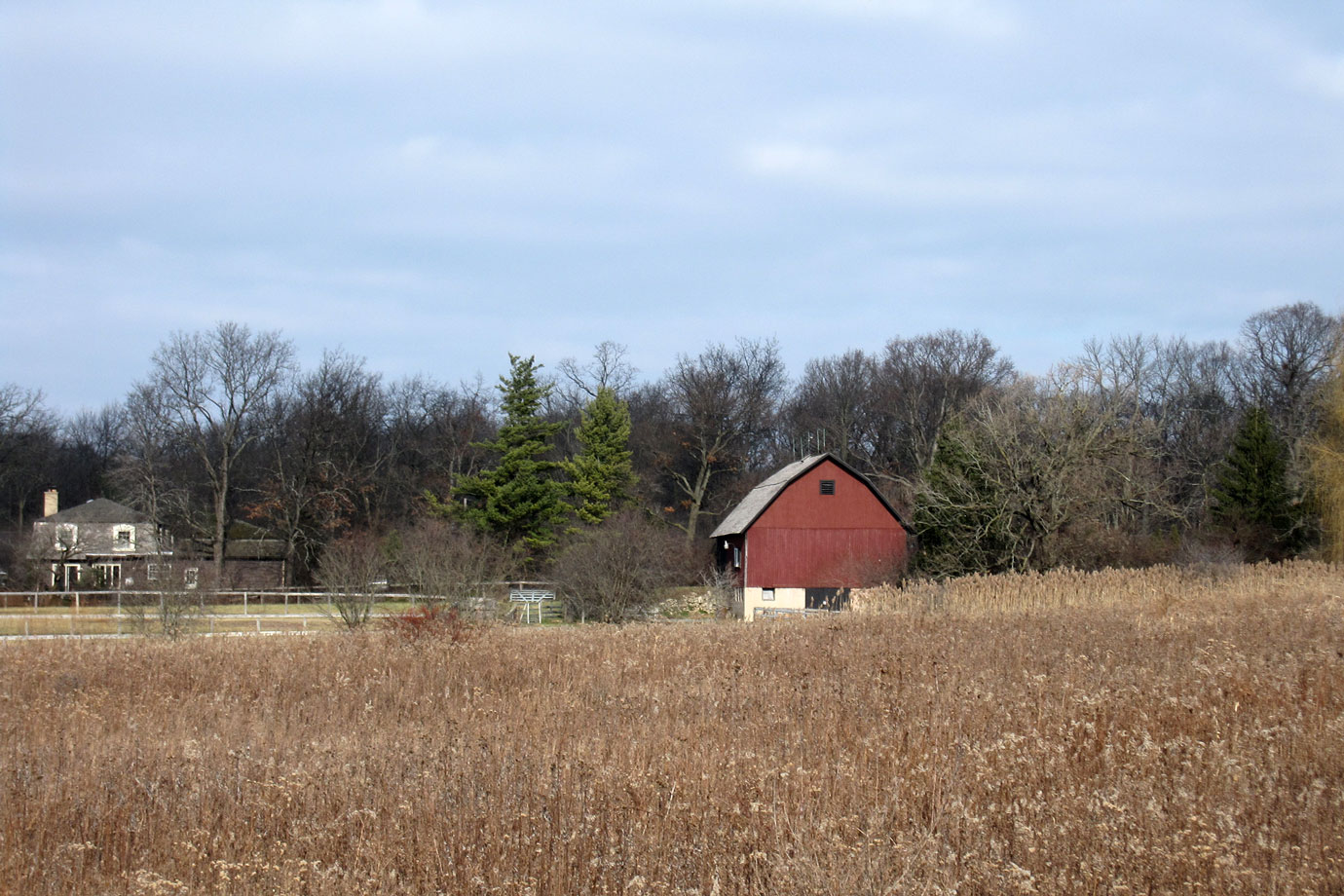 One of the reasons I love the bike ride around Old School Forest Preserve is that it passes through a variety of habitats. On one stretch, you ride through a dense oak forest. These woodlands give way to small stretches of prairie that in late summer glow with the blooms of golden alexanders and purple milkweed. Also, if you’re patient, most times of year you can catch a glimpse of some local wildlife here—bluebirds, foxes, white-tailed deer, coyotes or screech owls. 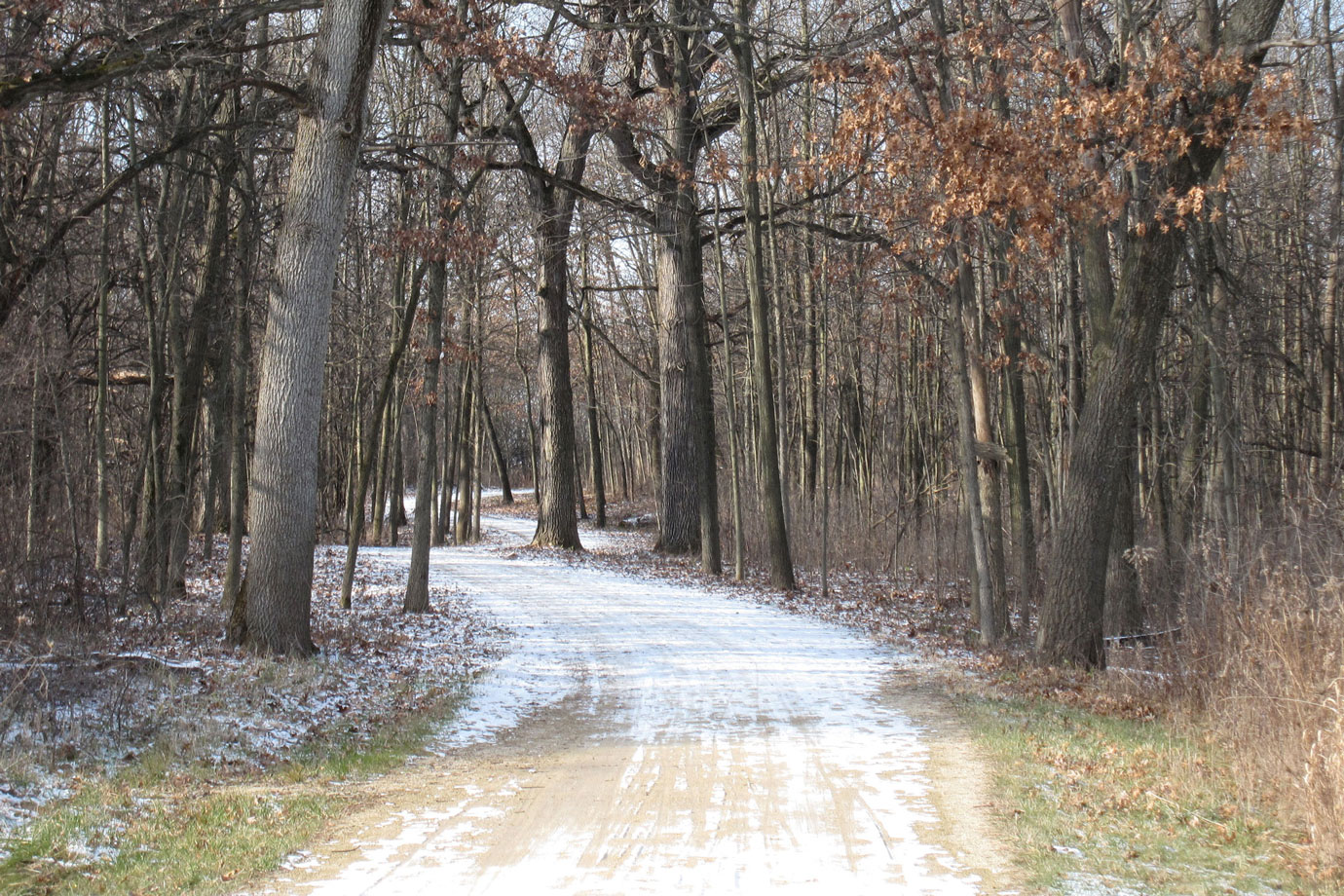 There are suddenly hints of fall everywhere. The morning air is dewy and condenses in the early hours of the day, forming tiny droplets on windshields and rear view mirrors.

A few days ago, I decided I need a weekend away. The dismal Chicago weather was getting to me as to so often does these days. So I headed south to St. Louis and by Saturday morning found myself at the Missouri Botanical Garden.