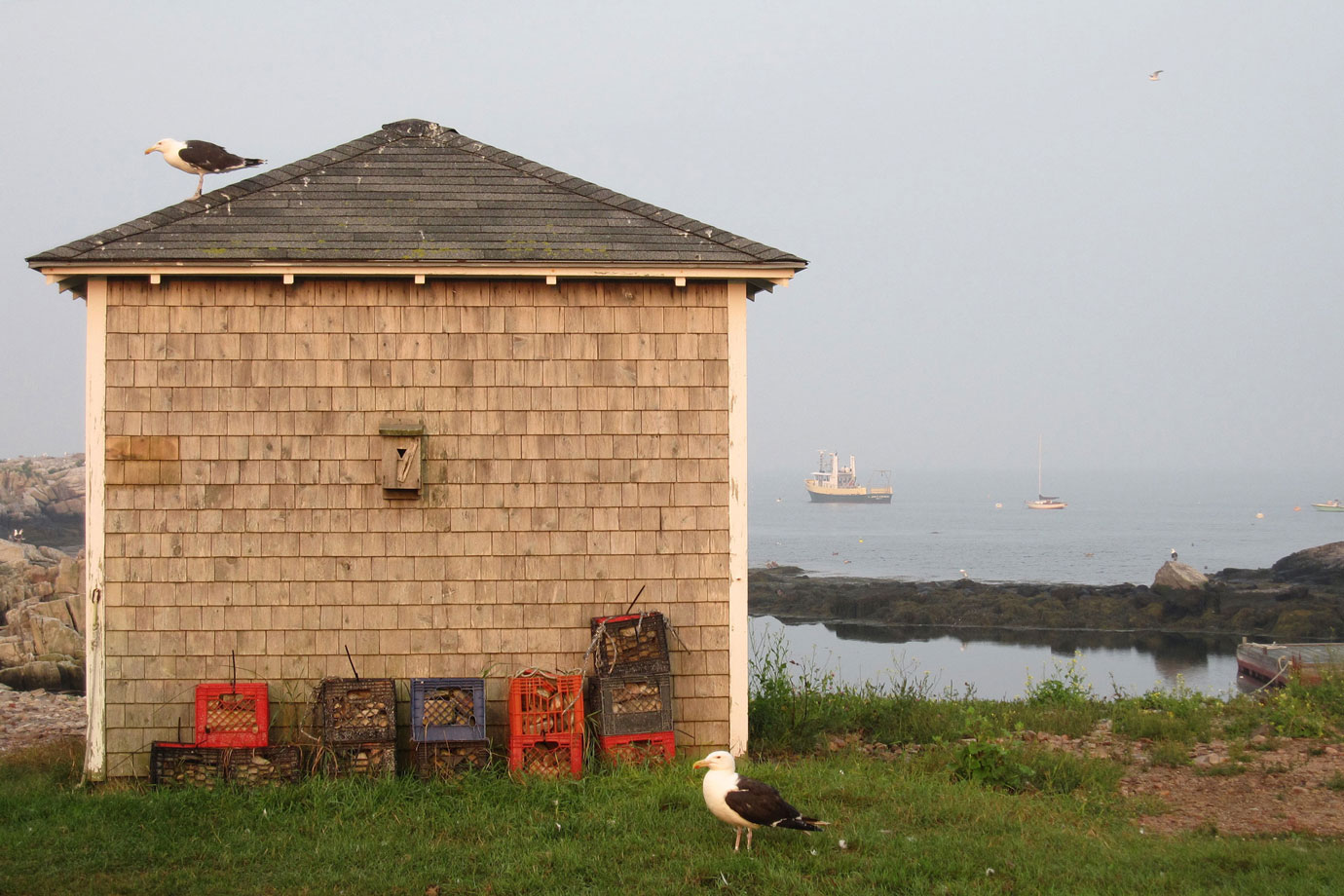 The gulls rule the island. They stand guard over every inch of ground Appledore has to offer—every rock, every patch of grass, even every rooftop tile.

I arrived on Appledore Island in the Gulf of Maine on the tenth of August to attend a week-long science writing course held by the island’s most prominent non-gull inhabitant, the Shoals Marine Laboratory. The course instructor was a successful science writer who had authored numerous books and articles of the kind I wanted to write. I hoped that taking a course like this would boost my science writing abilities. Thus, it was a rare opportunity to be snatched up without hesitation. 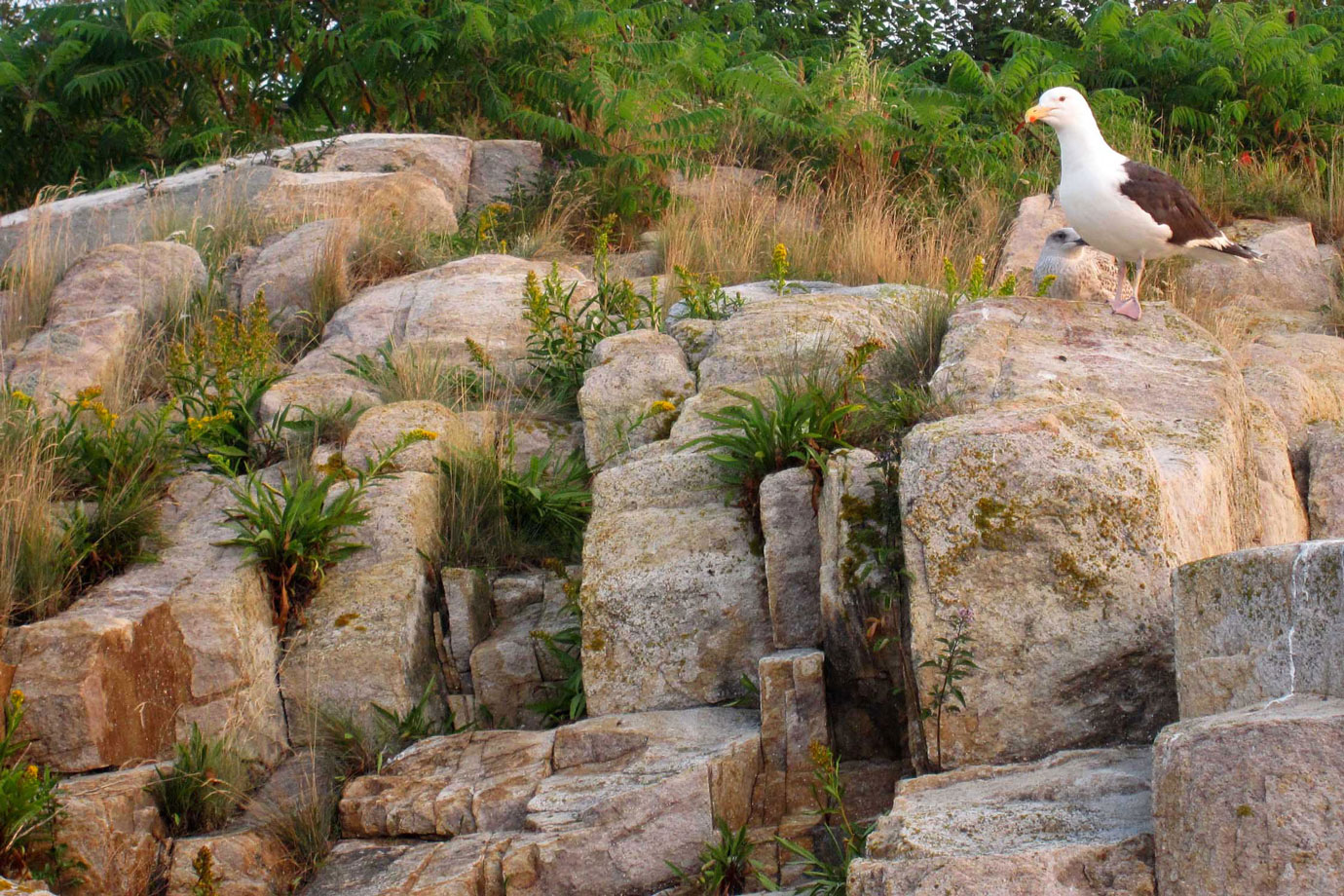 So for seven days and the better part of three thousand dollars, I slept in a dilapidated dormitory that wreaked of damp hiking sandals and stale salt air. I woke at sunrise to light streaming in through disintegrated curtains and to the wild cacophony of the resident seabirds.

Like all students on Appledore, I restricted myself to one shower every third day and refrained from flushing the toilet unless it was essential. Water was in scarce supply. Showers and flushes were costly luxuries. 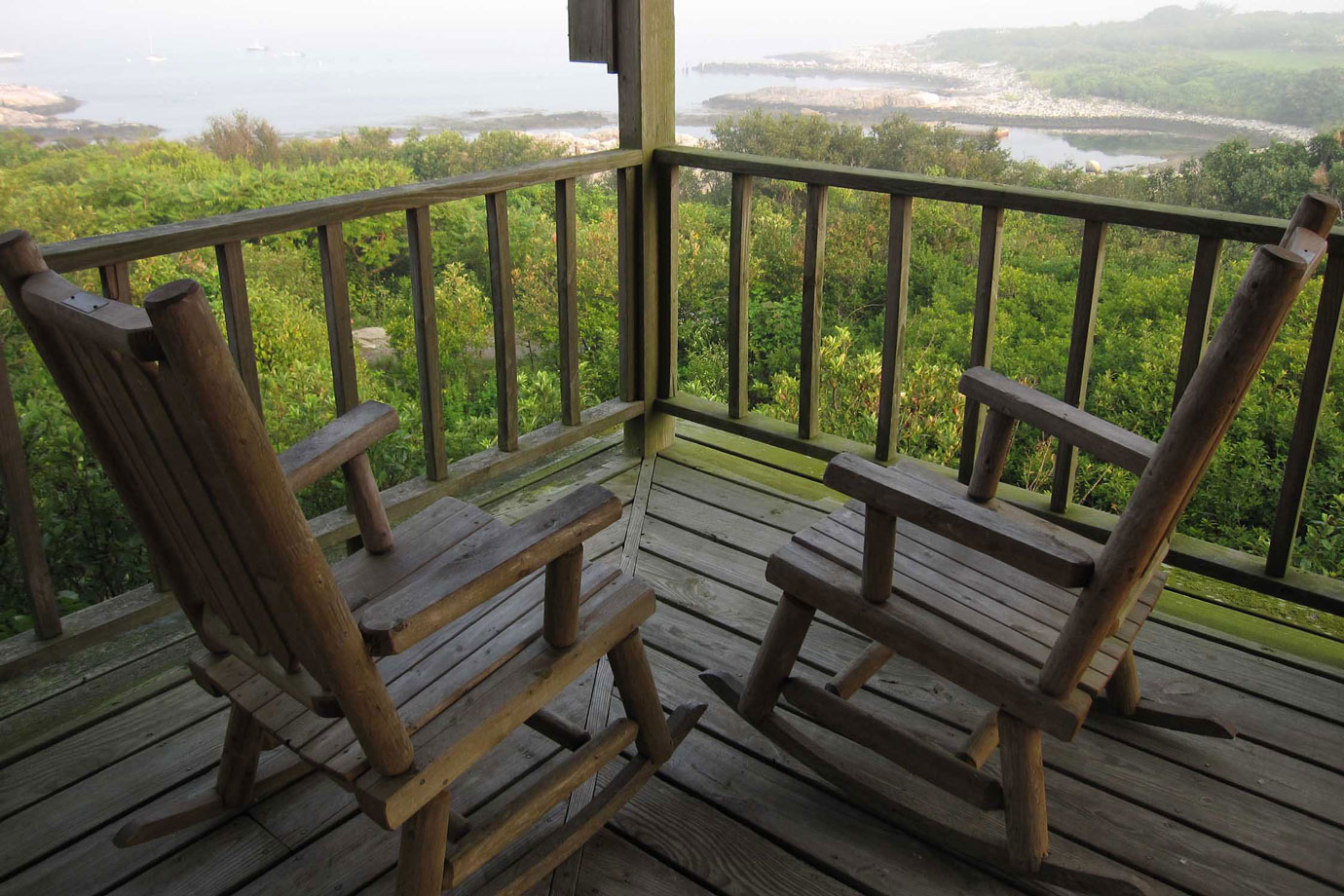 The class consisted of about fifteen students. Each day we ventured out to watch as various Shoals Marine Lab scientists went about their research. Our task was to write an article describing the science we witnessed each day. Our daily dispatches were due the following morning by nine sharp.

Thus we fell into a routine. We spent our days following scientists around like ducklings and our nights hammering out word after word on laptops powered by the island’s single Bergey wind turbine. 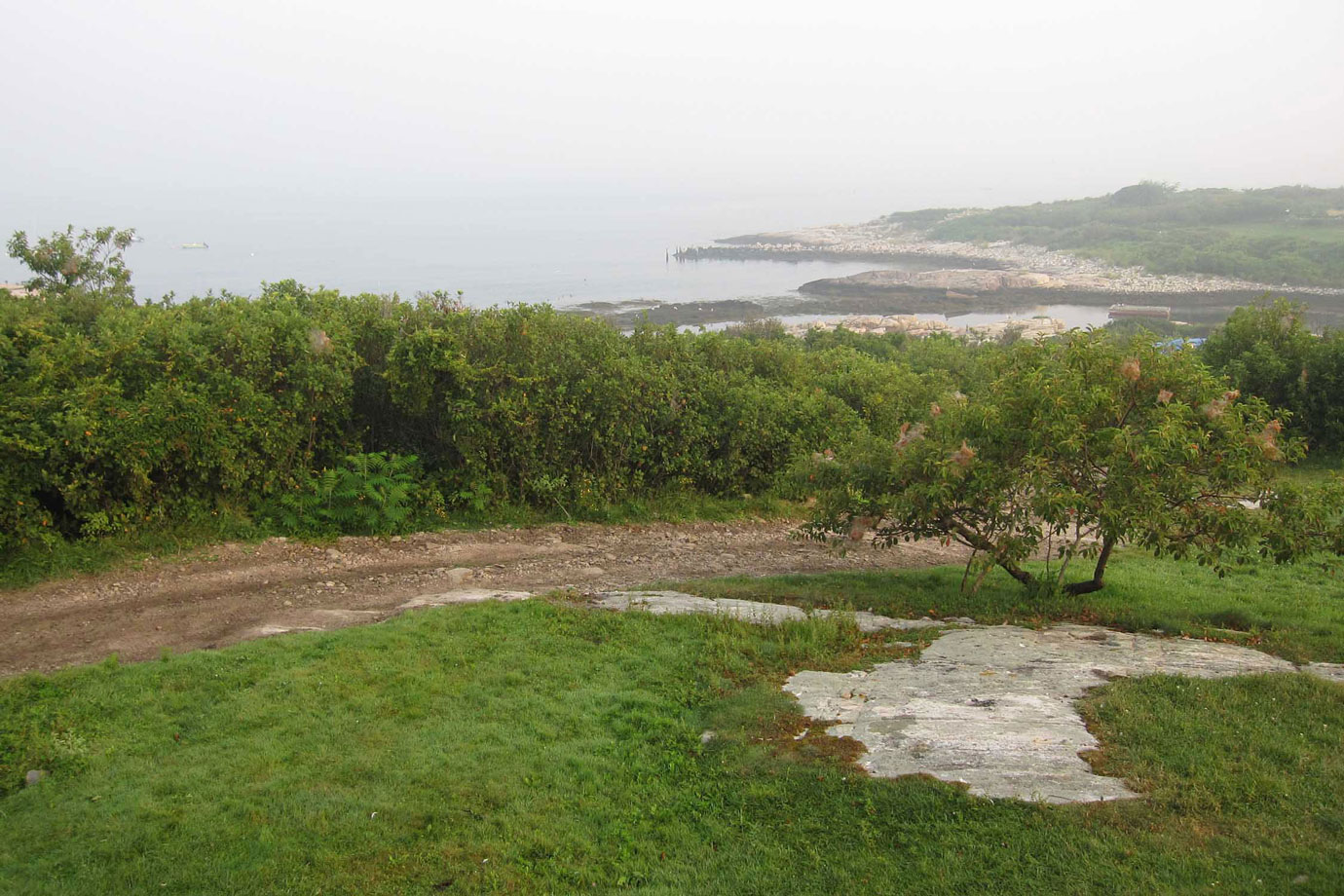 The field trips were interesting and varied. We waded out into the intertidal zone to listen to biologists tell us about snails and seaweed and parasites. We visited nearby Smuttynose Island to learn about the archeological research going on there. We bobbed for hours on a boat with the hope of catching a hagfish. No such luck. 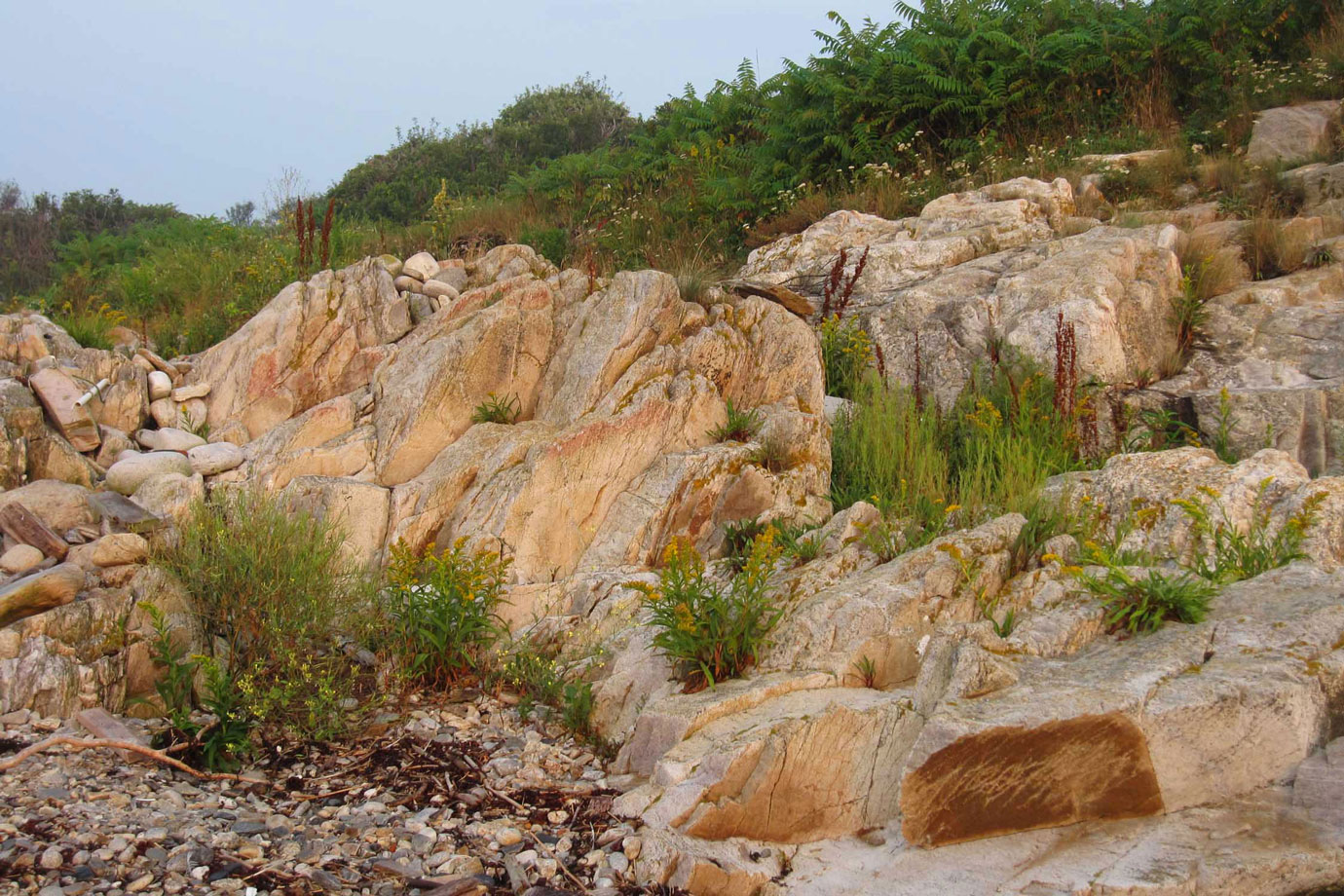 And of course, during any free time we had, we wrote. The clatter and squawking of gulls became the soundtrack to my writing. The cry of a gull is a sound that if you’re relaxed seems pastoral and comforting. It sounds like you’re on vacation. But if you’re stressed, it sounds like a thousand babies screaming. It sounds like a scene from a Hitchcock movie. It is the sound of madness. And on Appledore it does not stop, day or night.

The workload was ridiculous, I felt out of place, and I had a bad case of writer’s block. What was supposed to be a course to rekindle my love of science writing turned out to be a demoralizing endurance test.

Reading my writing to classmates (and the brutal critiques that followed) became my daily bane. It was the classic sink or swim approach to teaching writing, one that doesn’t sit well with me. And so, I did the only thing I could think of to do: I tried my best to swim. 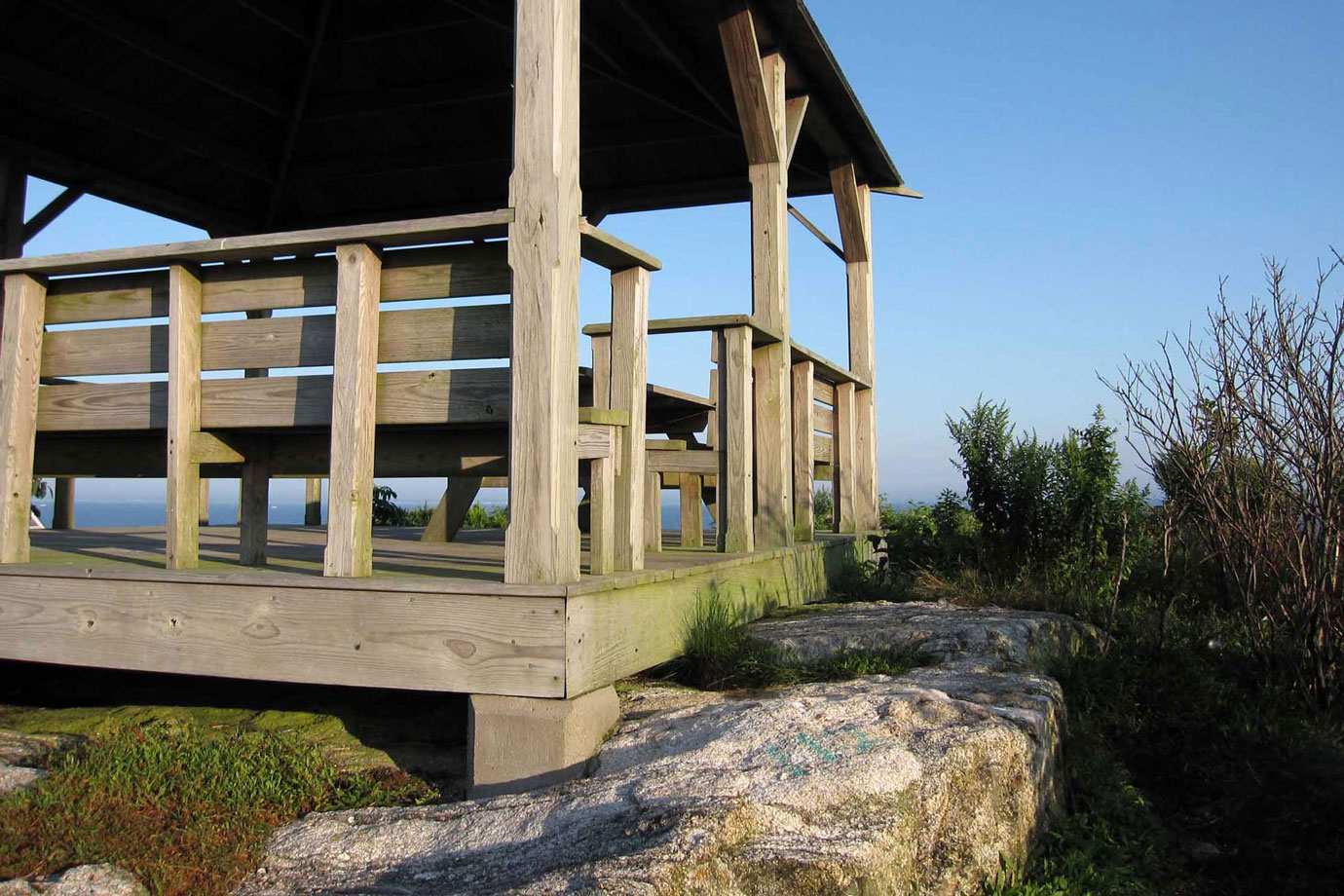 This is where I went to make my daily phone calls to Phil who gave me the mental support I needed to keep writing and keep concentrating despite the screaming of gulls.

I wrote a bunch of awful first drafts with high hopes of rewrites. But hopes they remained, because—as I soon found out—time for rewrites on Appledore was as scarce as water. Most of the work I handed in was in desperate need of either a shredder or a match. I’m still amazed that I actually passed the course. Amazed that I was able to construct the sentence after sentence, paragraph after paragraph needed to complete the assignments. Amazed that I managed to get a B in the course. But I somehow did it and here is the evidence. 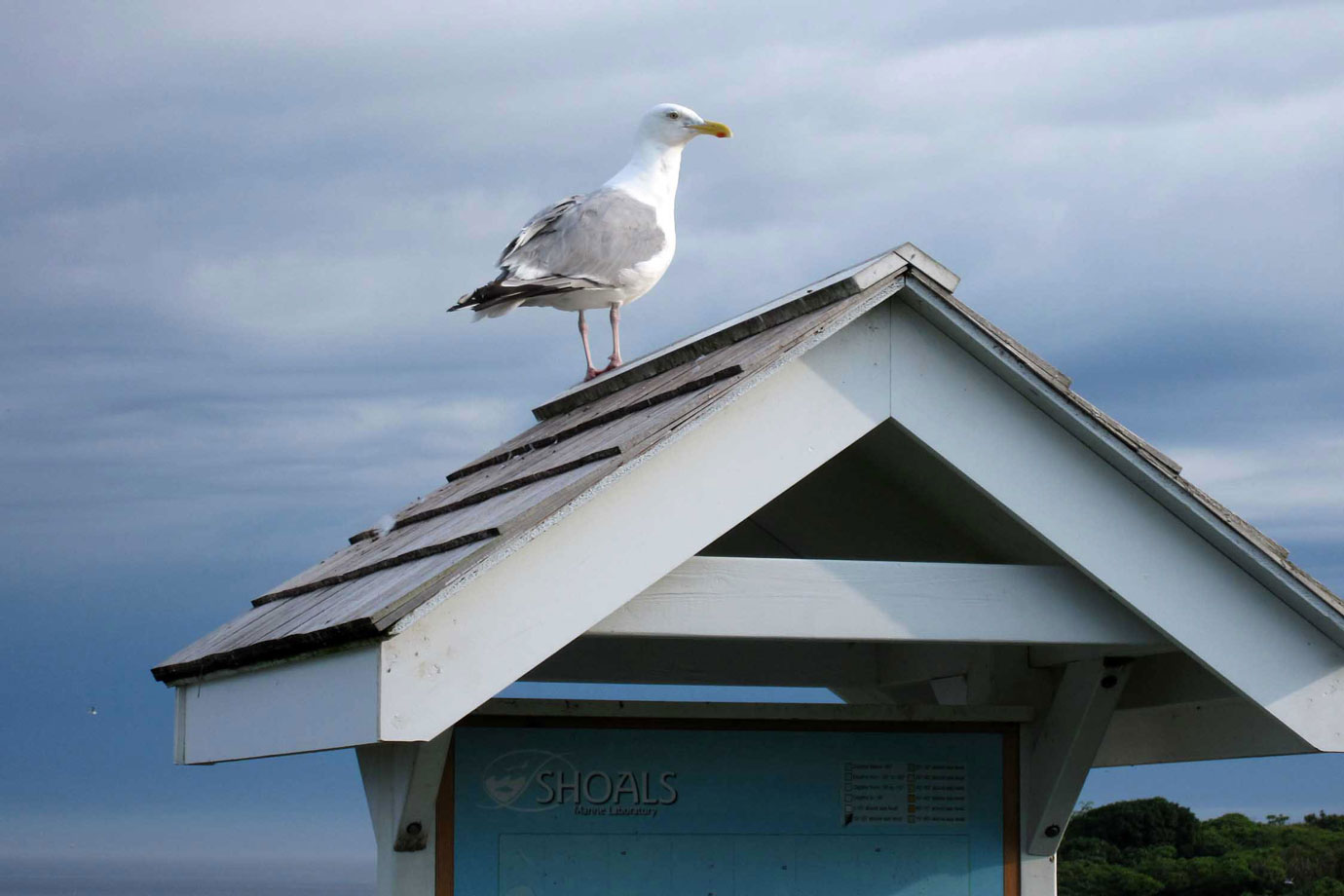 I suppose what I learned from the course was not how to write but what kind of writer I am. It turns out I’m a fair-weather writer—I can write if I have basic comforts and a calm environment. But I cannot write if the clatter of seagulls is ringing in my ears or I’m constantly daydreaming about having enough water to take a shower or flush the toilet after I pee.

In the end, I was relieved to leave Appledore—an island that under other circumstances I might have loved for its granite-grounded beauty and its charismatic avifauna. I was happy to abandon that little clump of rock to the gulls that adore it so.

Tags for this entry:   gulls · writing
« Previous · These Old Houses
Around Appledore Island · Next »