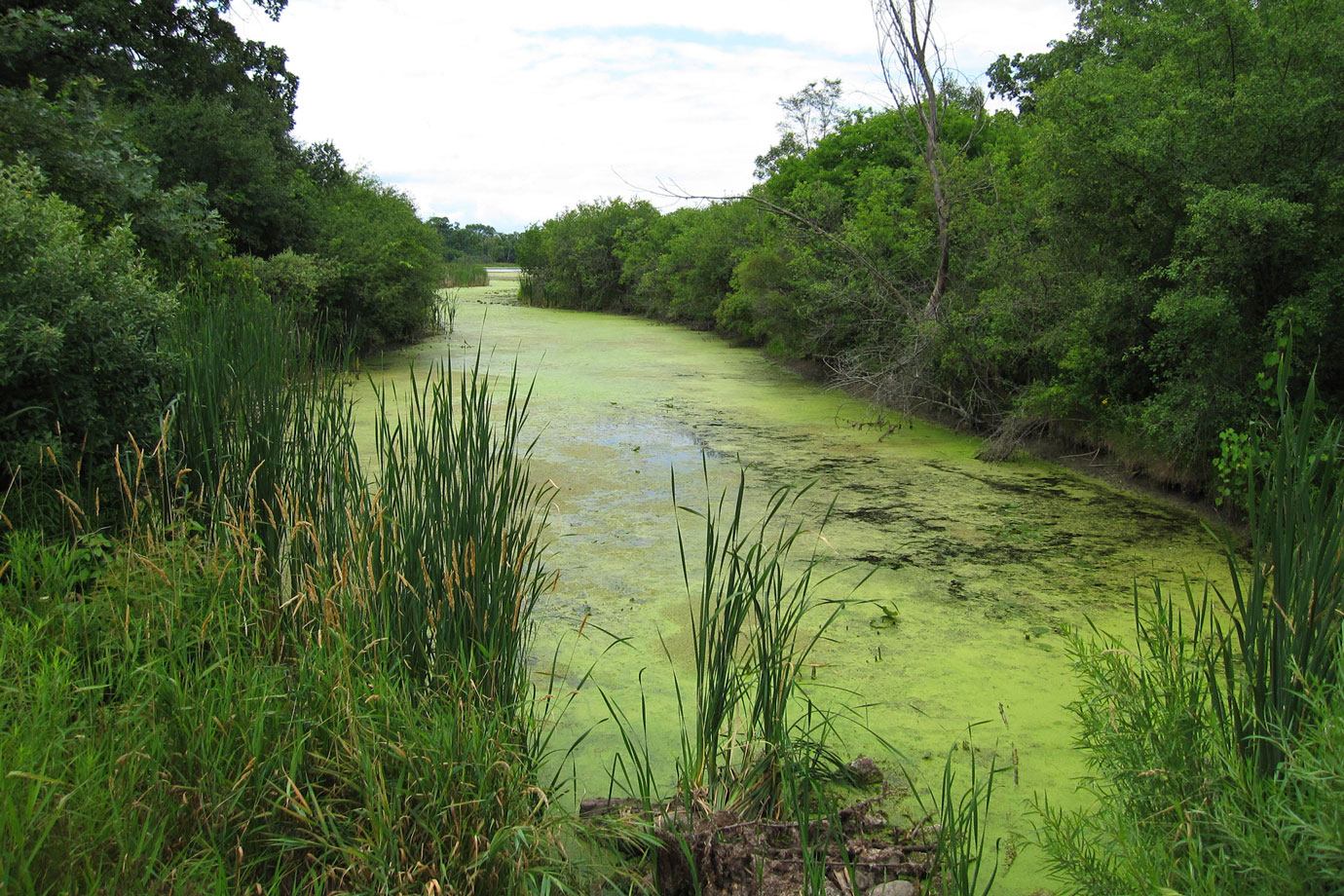 After three months of biking eastward along the North Shore Bike Path, it was time to venture in the opposite direction. The only westbound bike path within reasonable distance of my house was the Millenium Path. I wasn’t sure where it went, but if I could find the trailhead, the “where it would take me” part would work itself out if I just kept pedaling.

Near the end of July, I bought a bike rack and a bag that was big enough to carry a decent amount of supplies—food, bug spray, sun glasses, a raincoat, extra water, and a cell phone. This meant I could go on longer rides and cart with me all the supplies needed to ensure my safe, self-powered return after two or more hours of riding. This enabled me to break through the twenty-mile barrier that had been looming over me since mid-April. 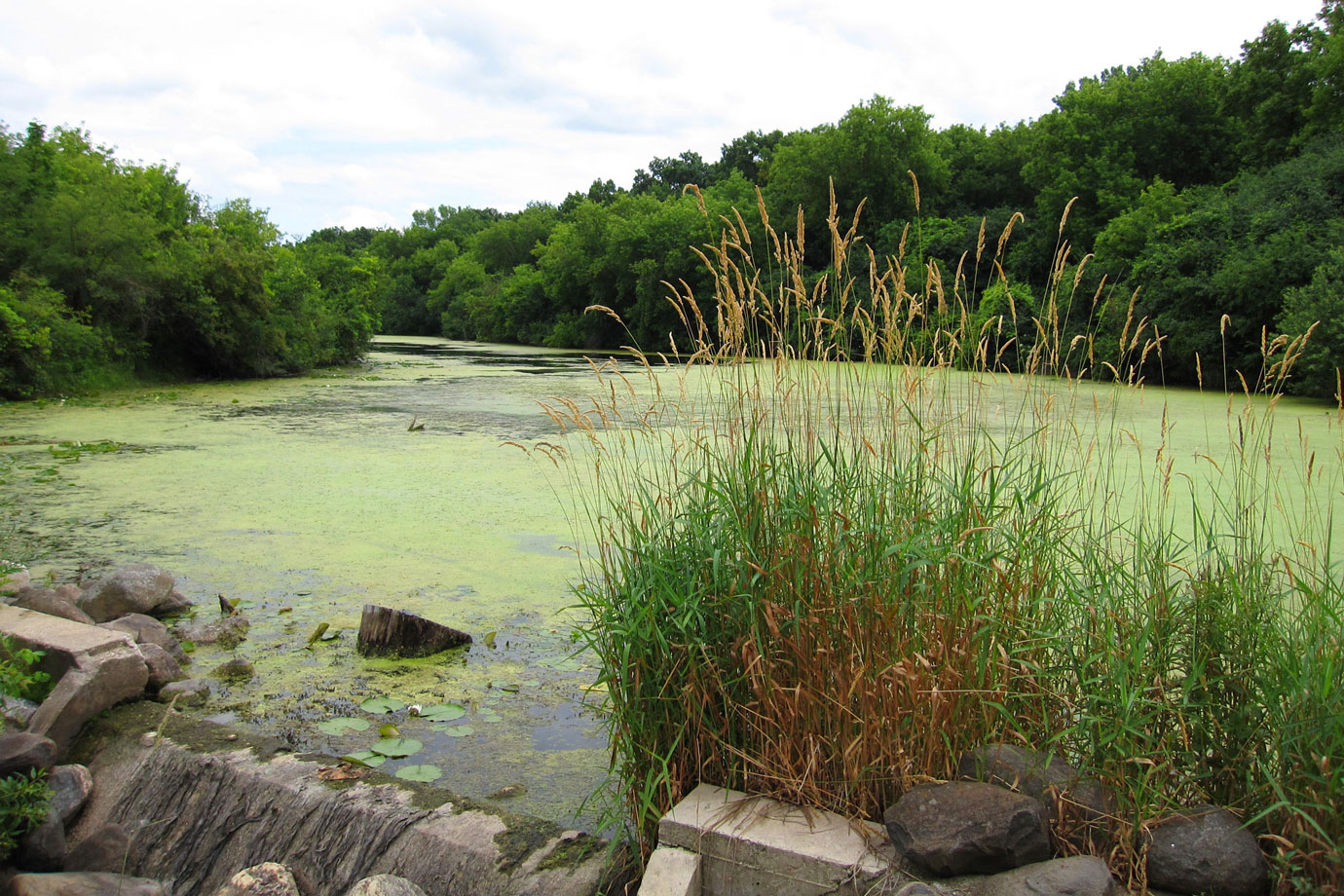 Any ride on the Millenium Path that was worth riding was quite likely going to be a long one. The only thing I did know about the path was that the first five miles paralleled Hawley Street. Since I had to ride those five miles on the way out and on the way home, that’s ten miles of dull riding, guaranteed. I hoped the trail would get better when it turned away from the roadside and into the surrounding countryside. 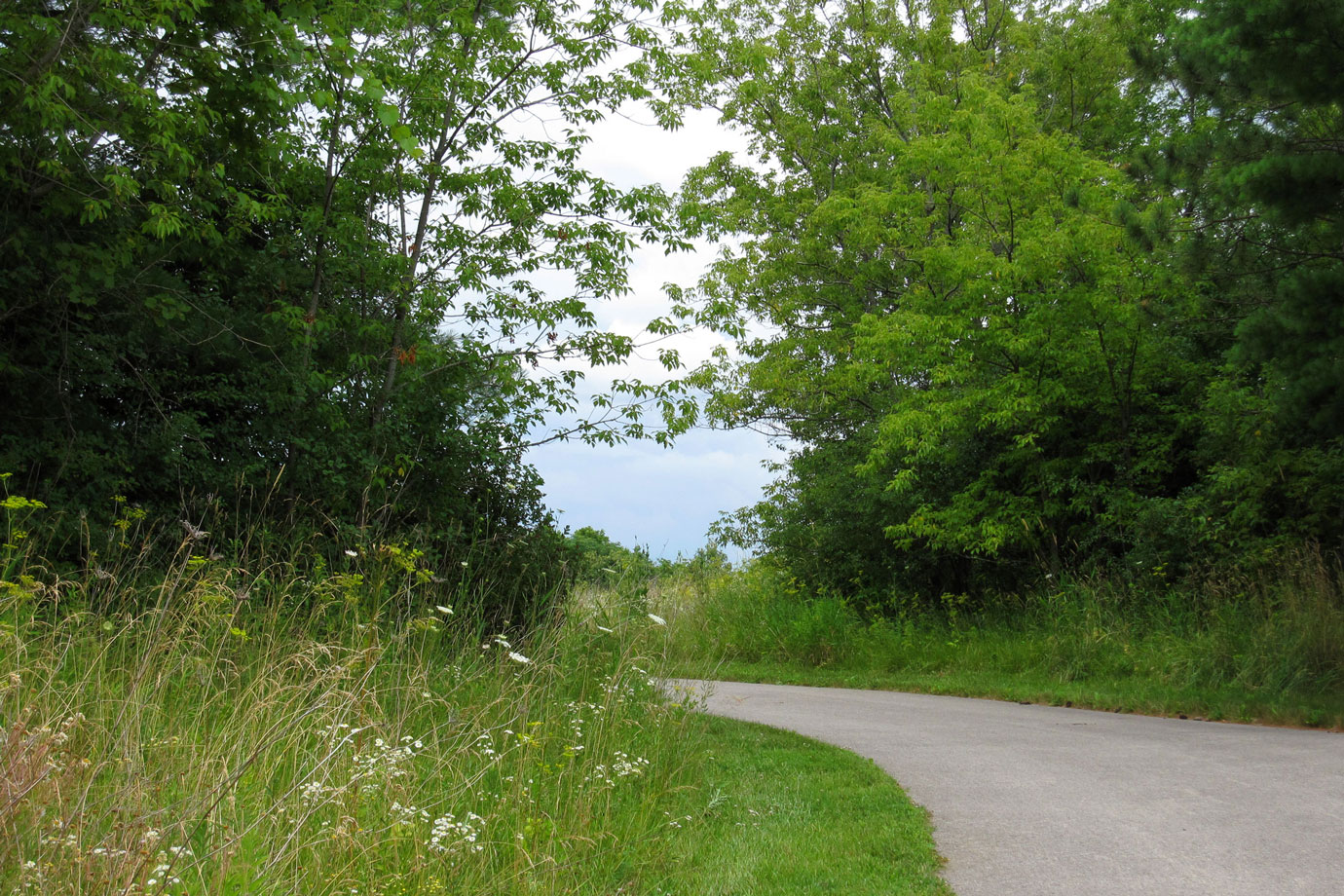 I was pleasantly surprised. Everthing the North Shore Bike Path lacked, the Millenium Trail had: lakes, swamps and wide open rides across multi-acre fields. There was more wildlife, more wildflowers and fewer road crossings. On the downside, there were also more mosquitoes. 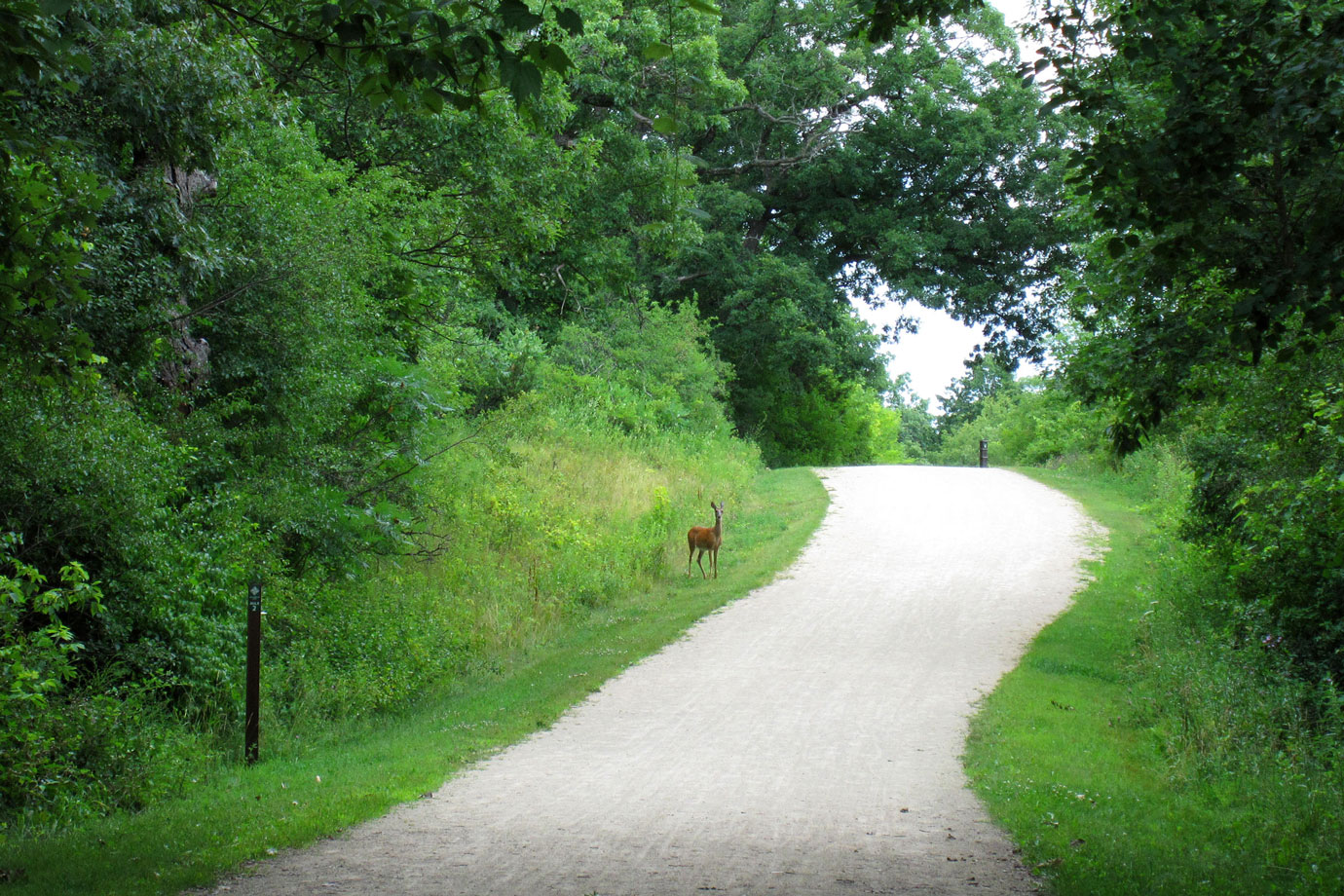 The first time I rode the Millenium Path I clocked two and a half hours pedaling time and twenty-six miles. I saw several deer, a couple of blue herons, turtles, and frogs. I was so bent on getting photos of the scenery that I managed to crash the bike while attempting to take a photo while moving. I guess I was hoping to get some nice motion blur. Instead I got a scrapped shin and a dented camera body. Despite the fall, I was sure I would return to the Millenium Path to explore more. 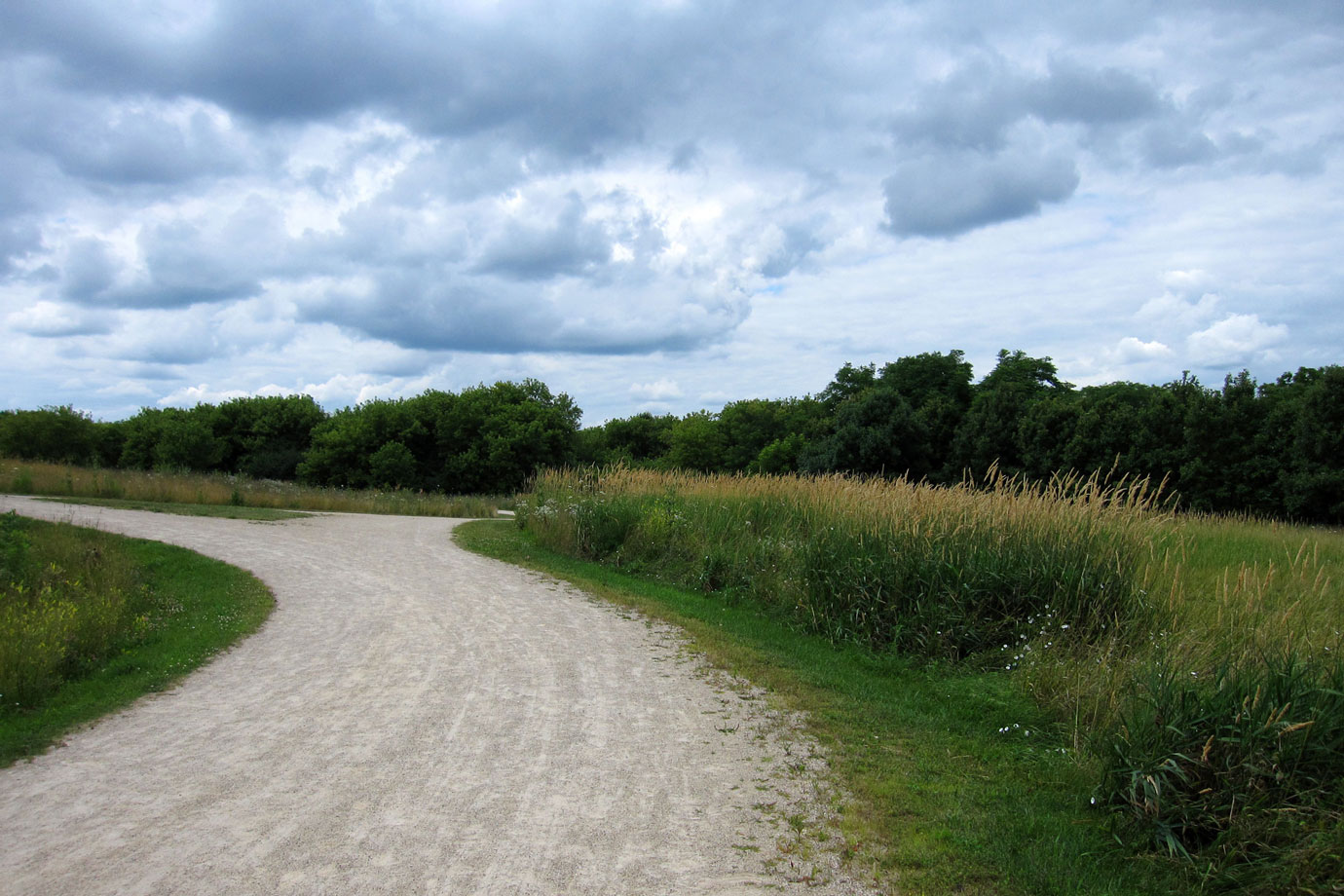 Tags for this entry:   biking
« Previous · Whitnall Park
These Old Houses · Next »

Looking across the still waters of Bear Lake to the landscape beyond, I admire the golden aspen leaves fluttering in the breeze. Although today marks the very first day of fall, the colorful leaves I enjoy now will soon be on the ground.