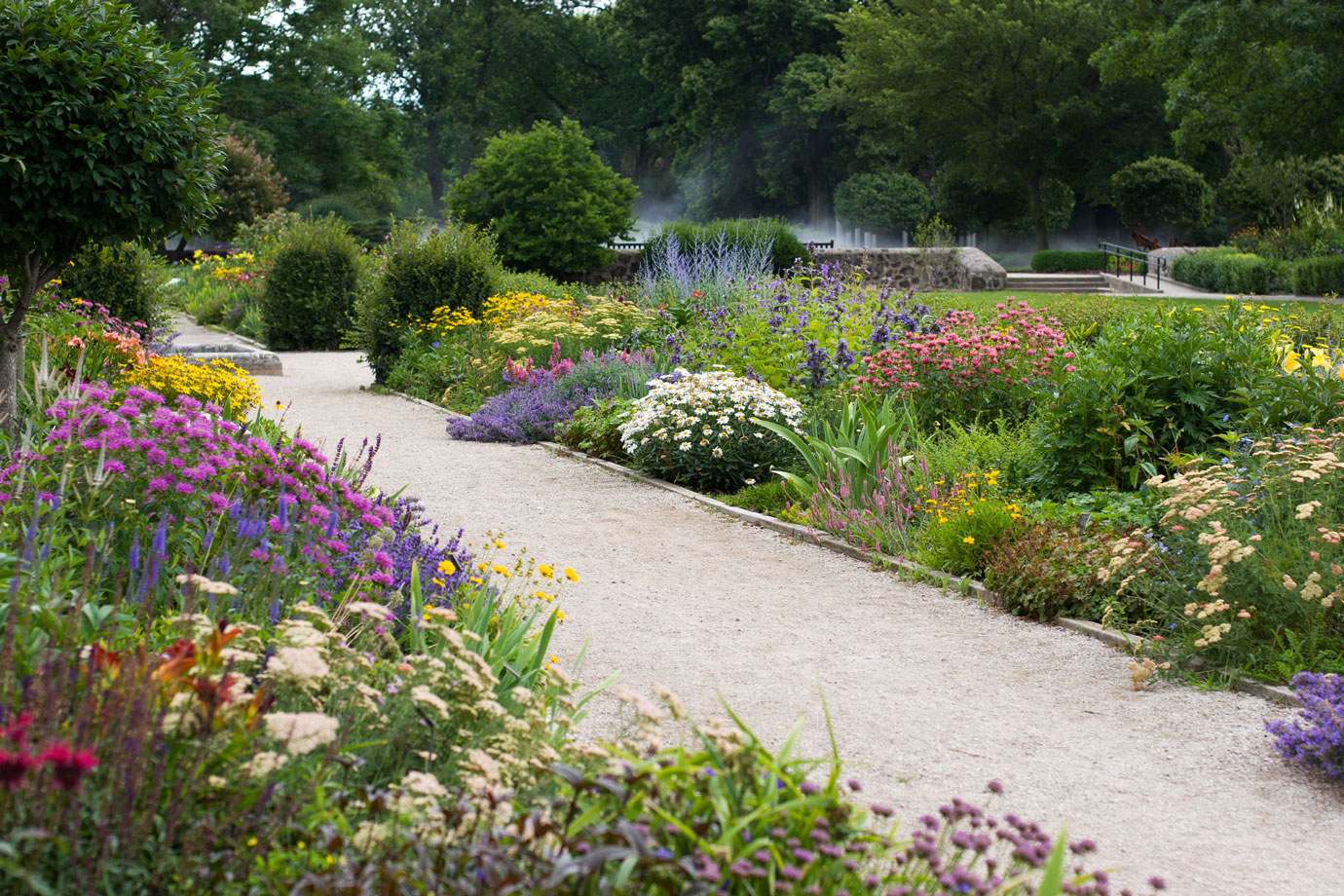 All of a sudden, I decided I had had enough of biking for a while. It was high-time I hoofed-it and there’s no better place for a walk this time of year than a botanic garden. I set a course for Whitnall Park, also known as Boerner Botanical Gardens. This lovely collection of gardens lies hidden in Hales Corners, a small town nestled amongst acres of woodlands on the outskirts of Milwaukee.

Whitnall Park is a well-kept secret. I’ve been going there since I was a kid and in all that time, I never remember it being crowded. It’s always a wonderful, quiet escape from the bustle of Chicagoland—an escape I seem to be needing more often all the time. 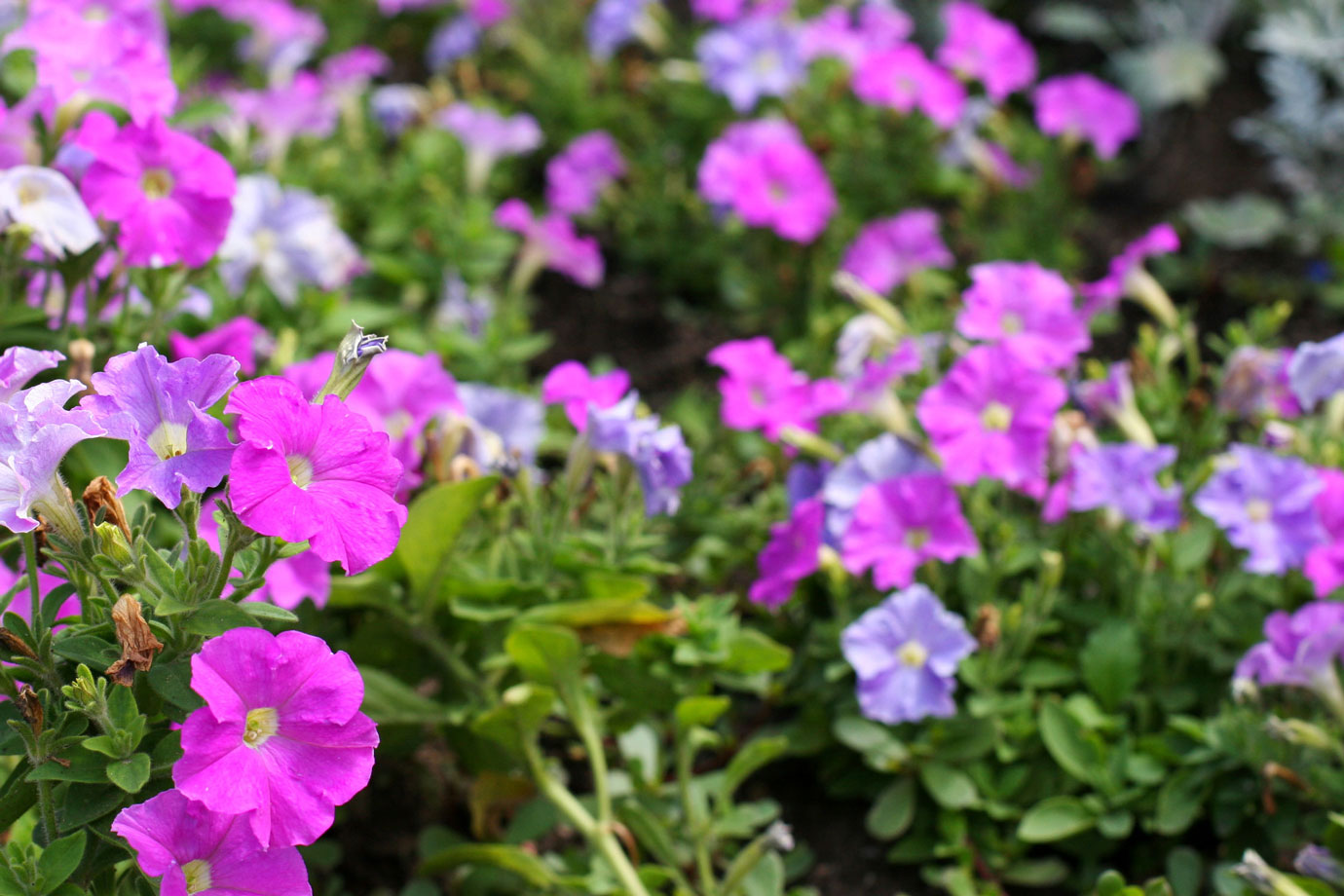 I arrived at the park mid-morning. It was a mild summer day but muggy enough to tempt a healthy swarm of mosquitoes into the air. I doused myself in deep-woods deet and headed for the main entrance.

My initial plan was to walk around the gardens taking photos of flowers. For the first hour, that’s what I did. After a lap of the central garden I wandered in a direction I had not explored on previous visits. Just past the peony display there was an open grassy area sprinkled with ornamental trees. A ginko here and a japanese maple there. 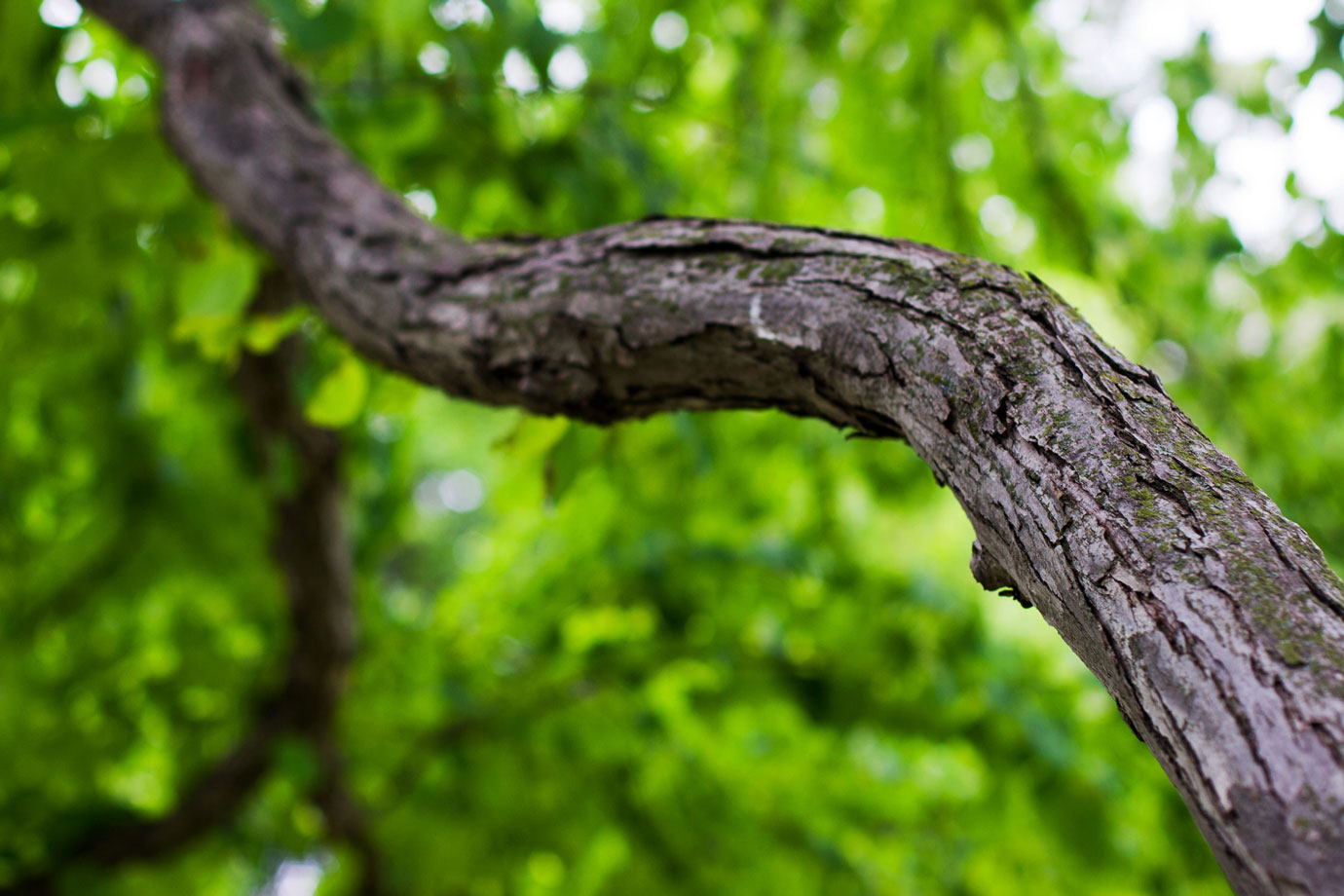 I wandered the sprawling lawn taking close-ups of the unique twisted branches and exotic leaves. After ten minutes of strolling, I realized there seemed to be no limit to the place. I crested a small hill and was greeted by yet more greenery begging to be explored. The lawn finally gave way to a thick wooded area. In the distance I could see an opening in the understory—a trail led into the woods, a sight too tempting to pass up. 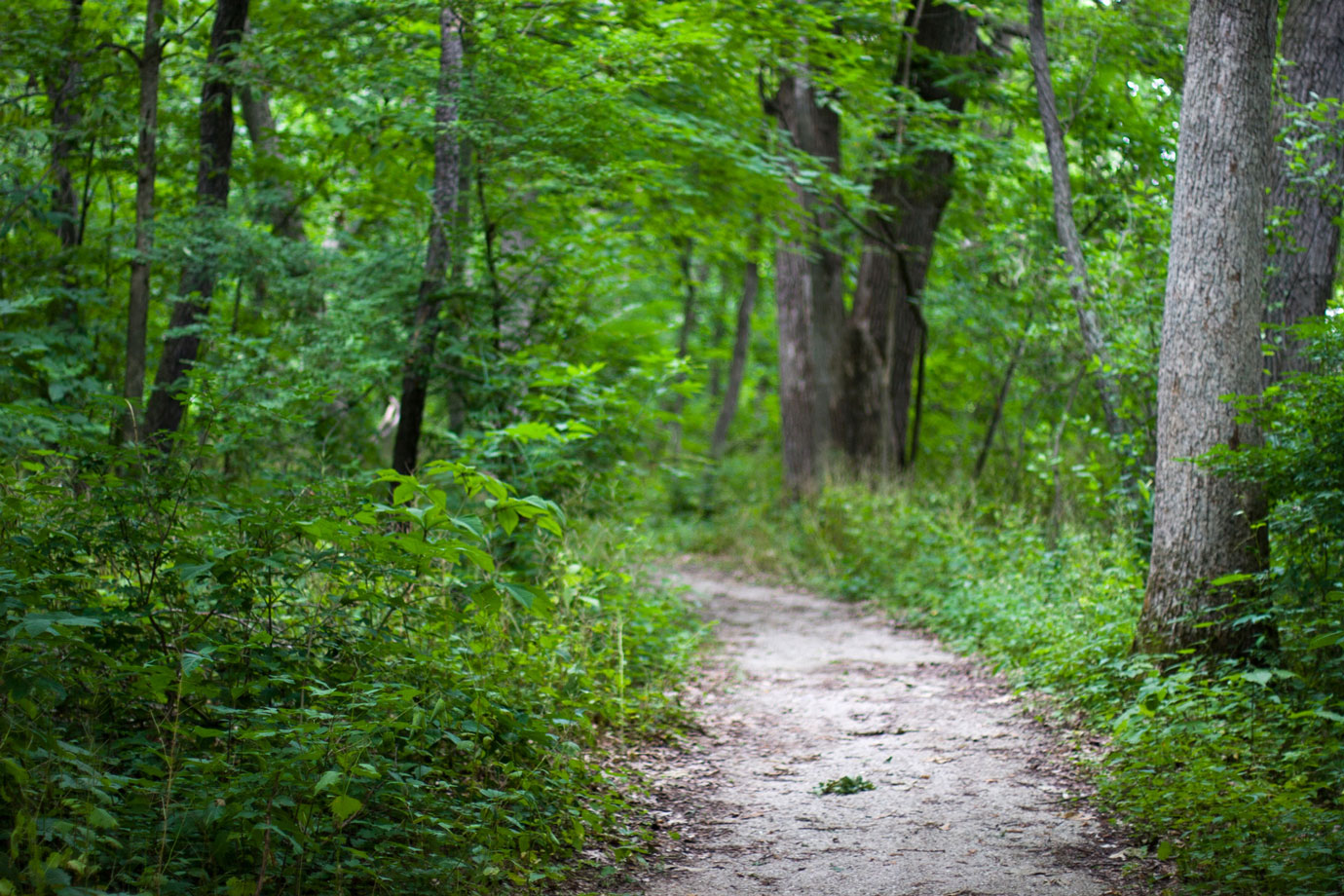 I followed the path for a quarter mile or so. The mosquitoes were forming a thick cloud around my head. They buzzed and tickled my ears. I swatted, I slapped. I itched all over. I thought maybe it’s time to turn back. But it was beautiful and (apart from the insect buzz) it was quiet—the kind of quiet you don’t often find on the outskirts of a midwestern city these days. So I kept walking despite the insect-borne irritations.

The light was soft and dappled under the dense canopy of leaves. I stood for a while taking in the calm (trying my best to ignore throbbing insect bites). Gradually, I noticed a pattern of sounds, a quiet crunching of twigs and leaves—it was the sound of footsteps. Suddenly a deer appeared in a small clearing not far from me. I snapped a few photographs. In a flash, it disappeared into the dense understory as fast as it had appeared. 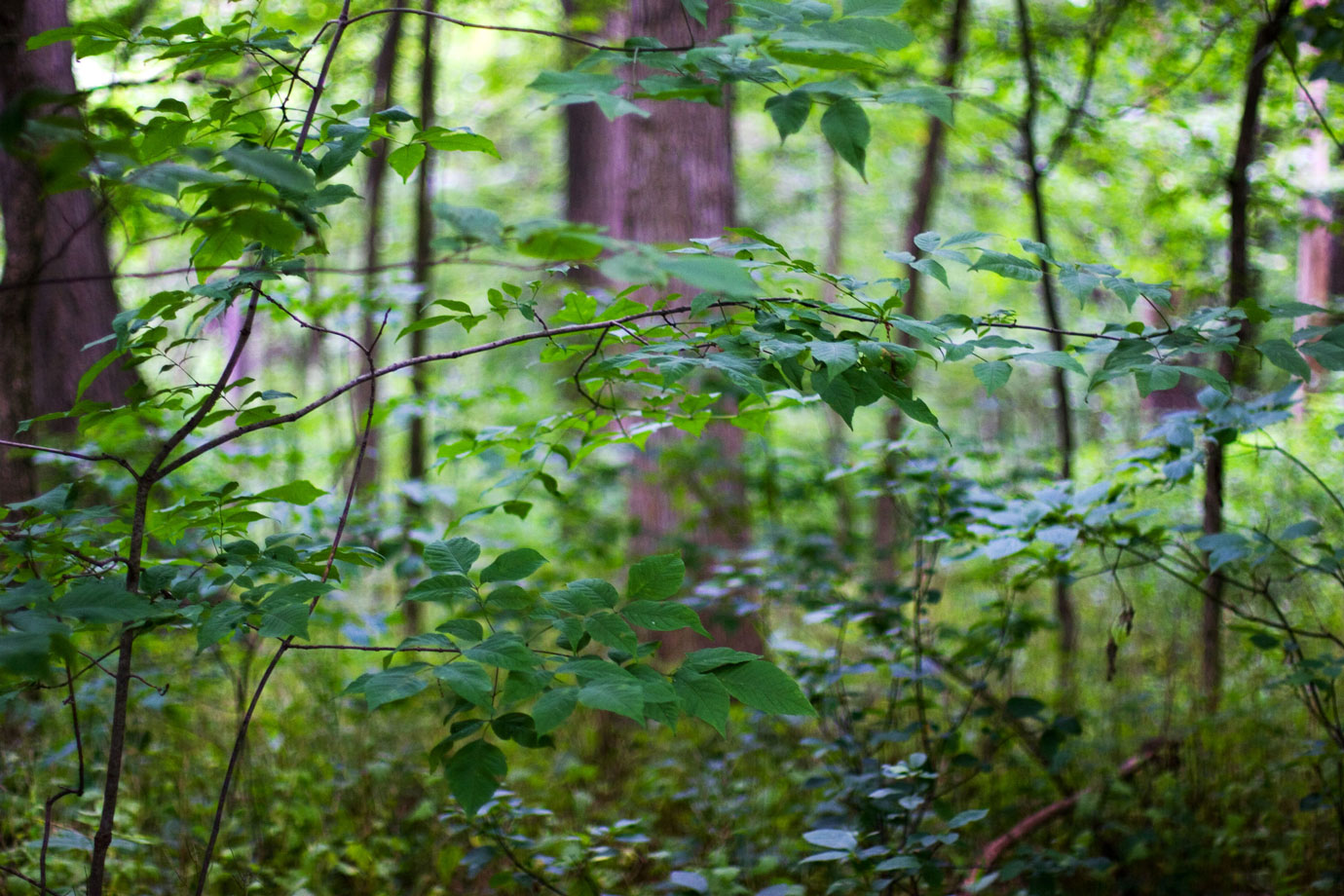 Deer spotting isn’t an uncommon thing for me. Deer pass through my back yard on a daily basis, following a well-worn trail from one house to the next as they feast on tulip bulbs, hosta leaves and flox flowerheads. But the deer in my yard are nothing like the one I saw at Whitnall Park that day.

The Whitnall Park deer was quieter, smaller, more cautious. It lacked the big-city brashness my backyard deer exude. This deer was humble, wild. Seeing it was a wonderful reward for enduring a fog of mosquitoes and the awful bites they unleashed. Seeing that deer made me glad I had decided to get off my bike and hoof-it for a while. 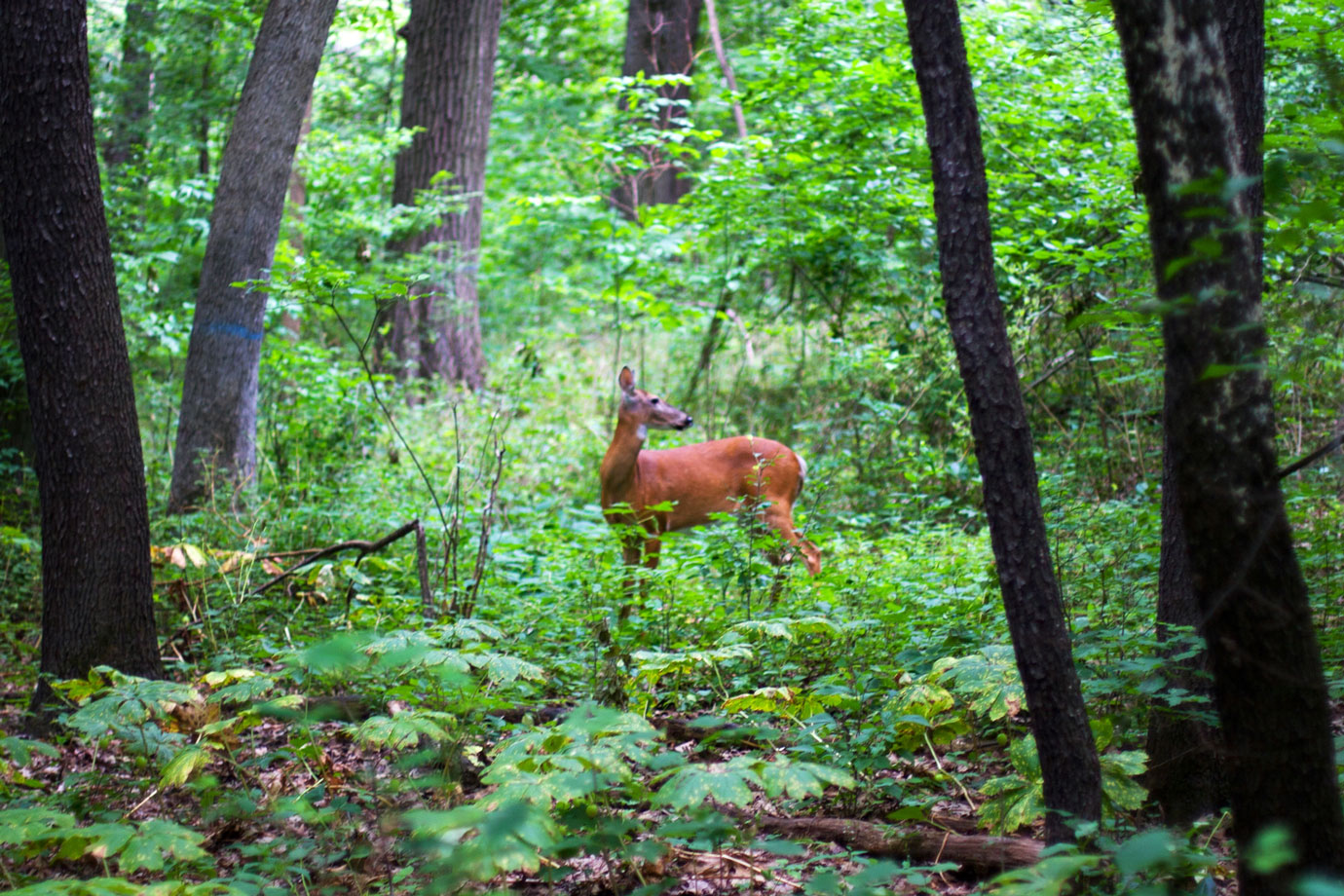 OK, so this is a good one. I had intended to call this post Chasm Lake but I must keep myself honest and call it instead Peacock Pool because at no point during my hike today did I ever actually make it to Chasm Lake.

It’s been a while. I suppose you could call my lack of blogging an intermission. A dry spell. A quite interlude. Writer’s block. Whatever label you give it, there’s no denying that the words around here have evaporated faster than dew drops in the Mohave.