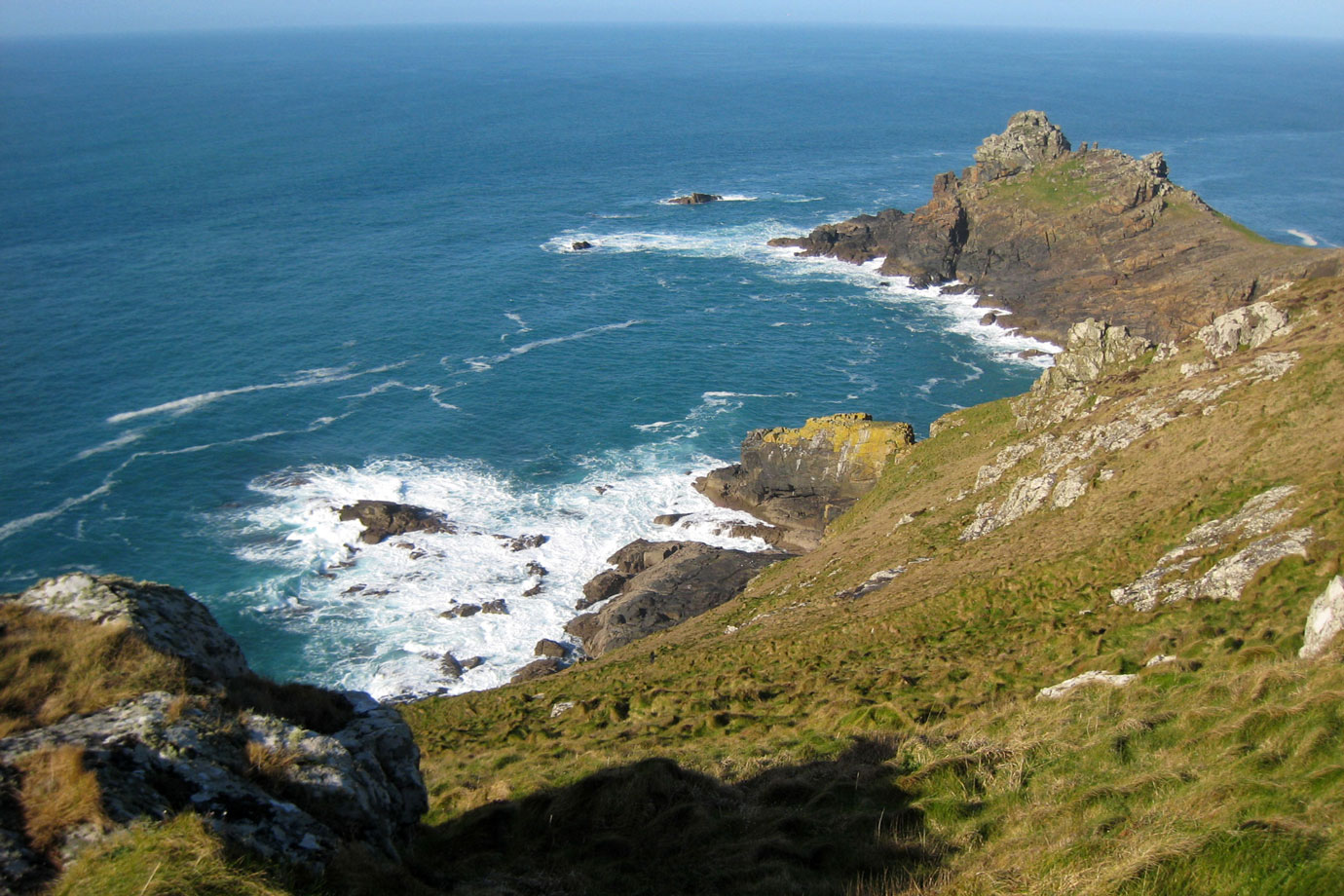 I don’t normally get all weak at the knees when hiking along the edge of a steep drop-off. But pretty much all the high-wire hiking I’ve done in the past was relegated to the mountains, where steep slopes offer downcast views of distant rock and miniature trees. Here, the cliff bottoms out in a chaos of churning seas. White water writhes and crashes against black rock. The bottom is close, in turmoil, and terribly hostile. Perhaps the unfamiliarity of the view is what unnerves me most at the edge of this seaside cliff. 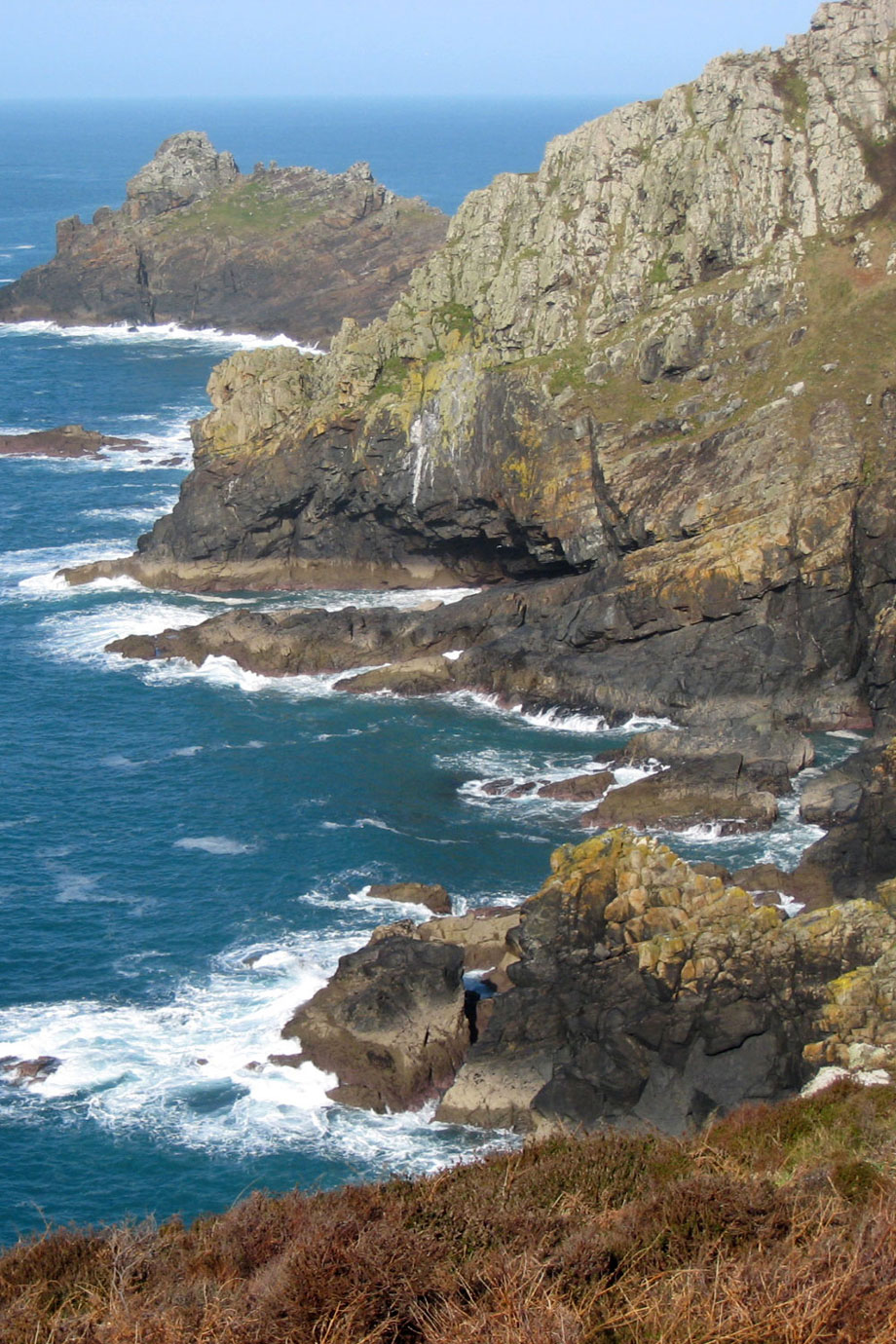 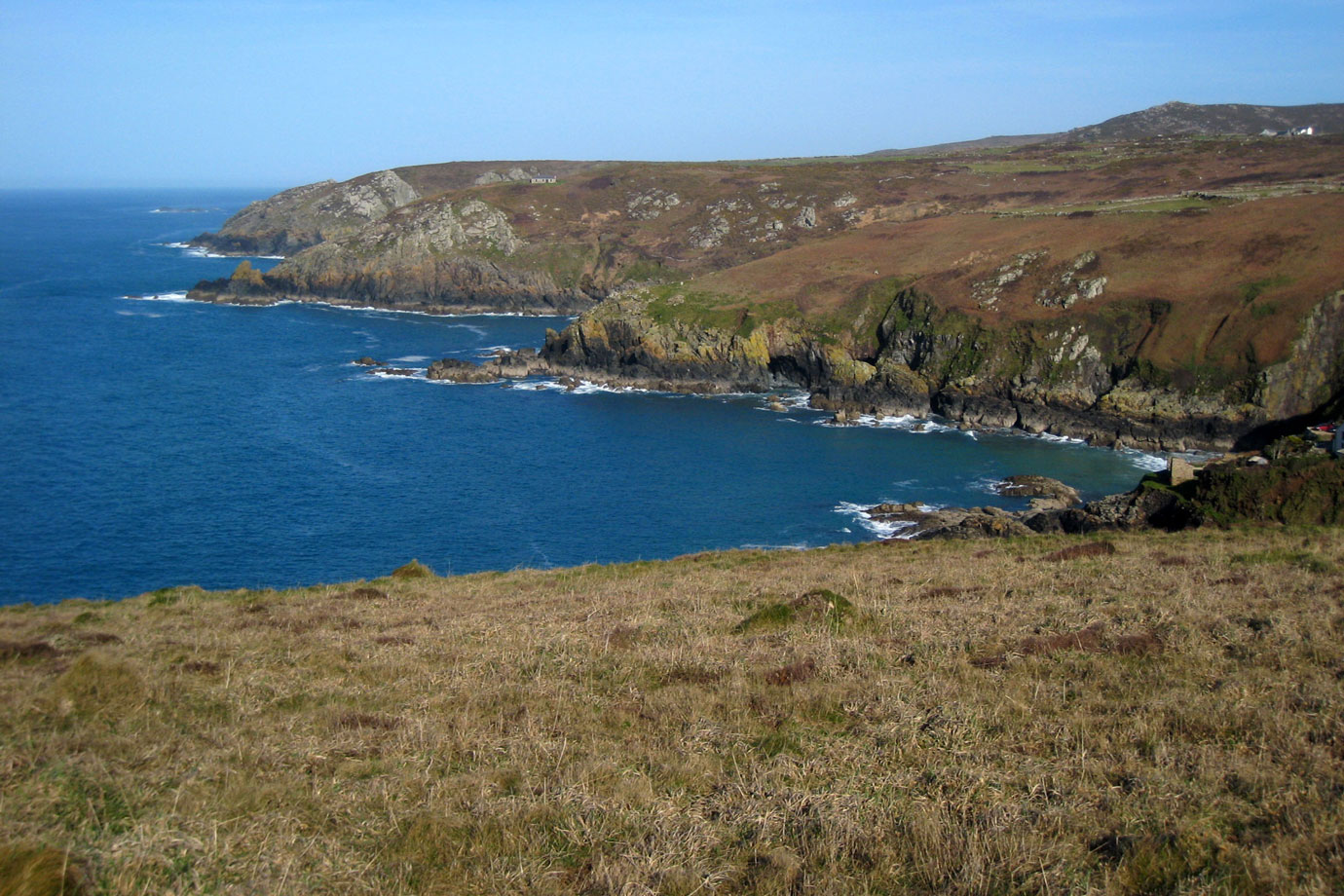