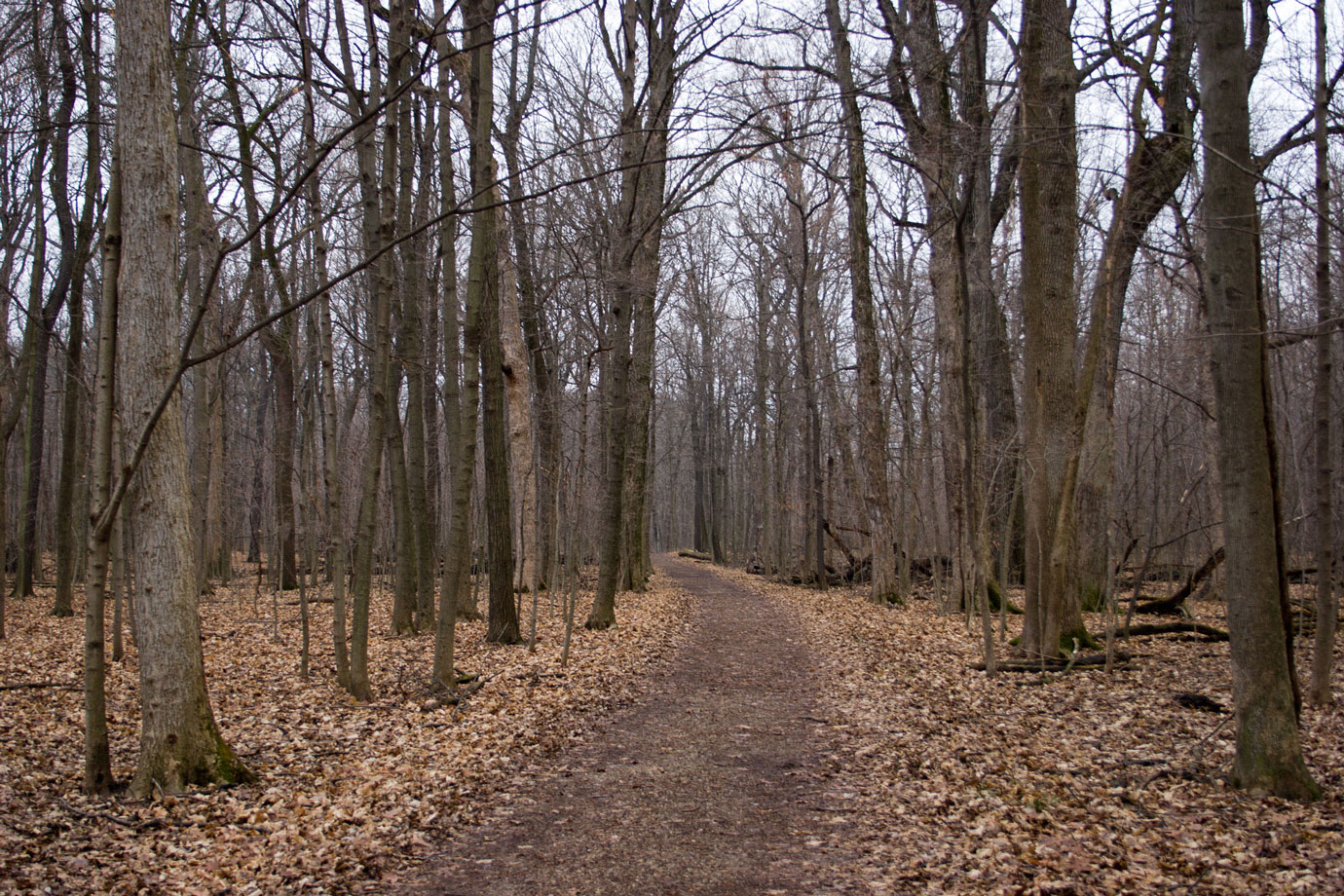 Ryerson Woods is among my favorite places to go for a walk—even in January. And considering how horrible January can be in Chicagoland, that says a lot. It says that the very worst Chicago’s January has to offer—dreariness, arctic winds, snow that falls white but fast degrades into an impenetrable, grey cruddy crust—all that can’t even ruin a place as nice as Ryerson Woods. 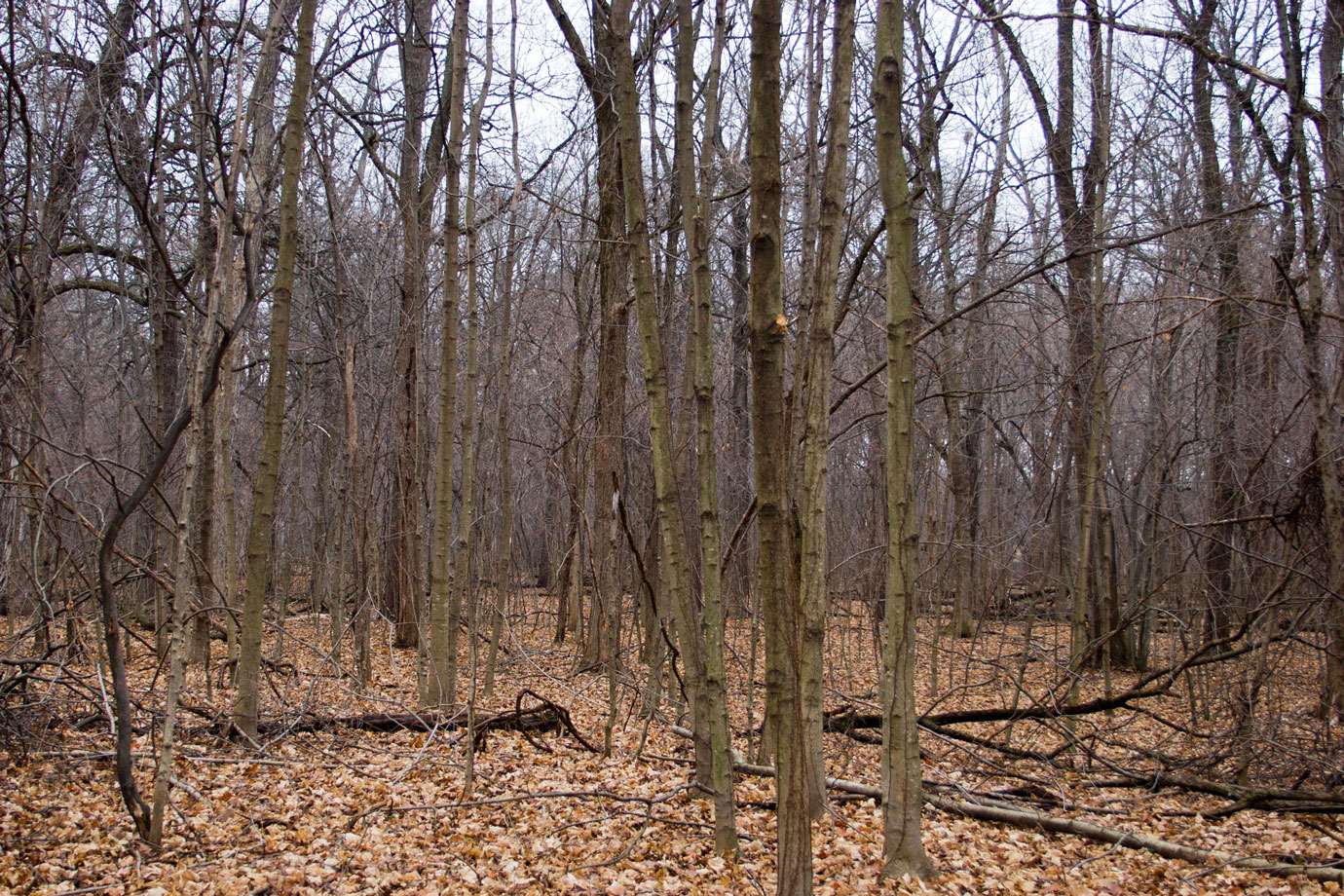 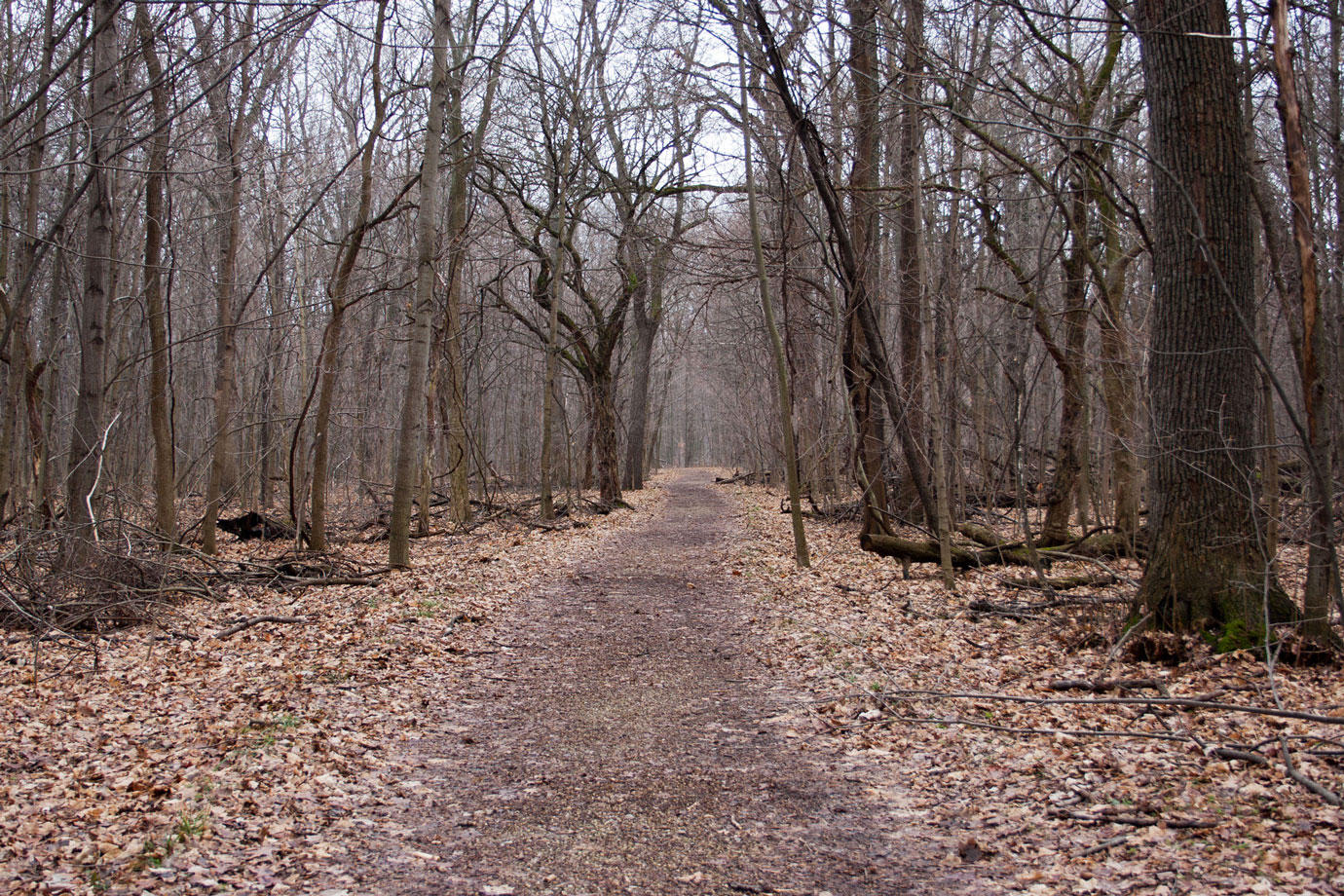 One thing I love about Ryerson Woods is that it’s big, so for most of the time you spend wandering the woods, you can’t see anything but trails and trees. Even when the trees have dropped their leaves and the trunks stand like bare, bent matchsticks against the grey-blue sky, there’s still just forest as far as the eye can see. In other nearby preserves, you can see houses and service roads and the backsides of strip malls through the trees. You never feel like you’re out in nature. But Ryerson Woods lets you fool yourself. You can imagine that you’re in the backwoods of some place really wild. Some place like Wisconsin. 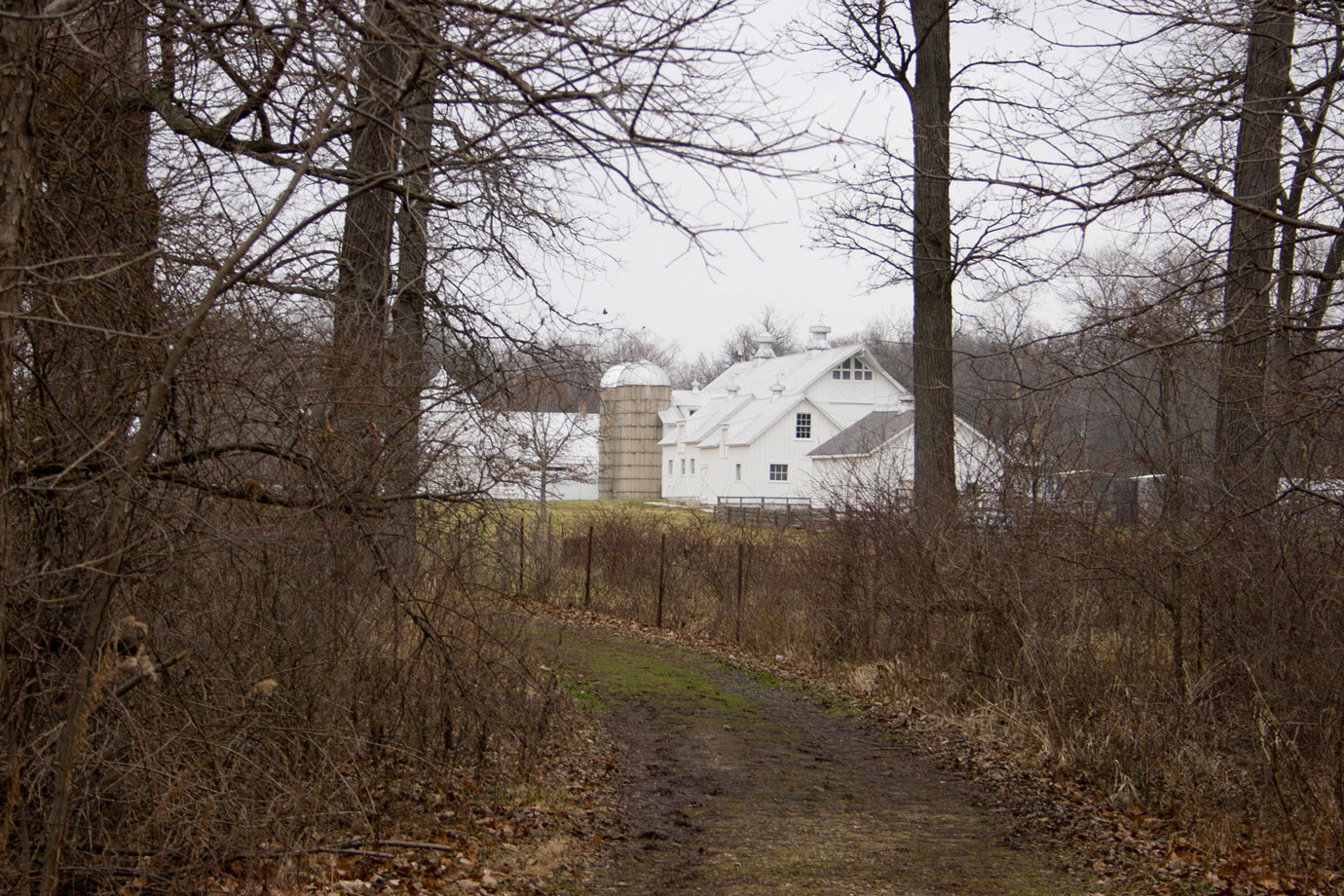 It’s only when you come to the end of your walk, when you have to return to your car, that you see signs of civilization. And even then you don’t mind, because what you see isn’t carved in concrete or swimming in blacktop or edged by wire fences. It’s a gorgeous farm nestled in a clearing in the woods.

Tags for this entry:   forest preserves · hiking
« Previous · Porthmeor Farm
January Then · Next »

Falmouth and The Lizard