A Day in Cambridge 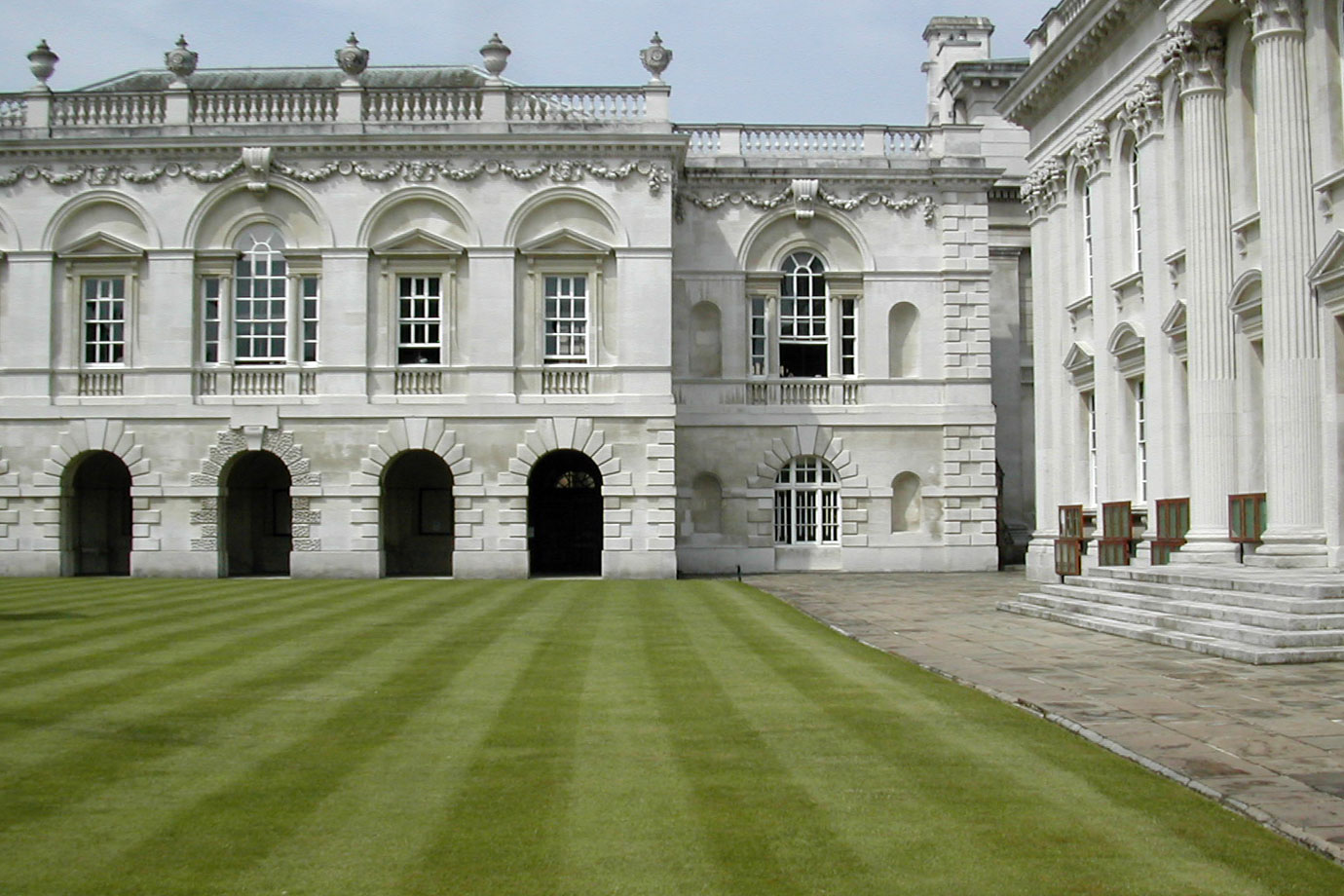 I went to Cambridge for the day to visit with a friend. We had a lovely lunch at La Tasca and then wandered town for a while dipping leisurely in and out of shops (such as Hotel Chocolat—heaven knows how I got out of the place without a hoggish handful of chocolate). We rounded out the afternoon with a stroll through the University of Cambridge campus.

I have a habit when strolling the campus of a renowned university, of thinking about all the really smart people who have walked the grounds I now tread. I think about which buildings they studied in, which steps they climbed, where they did their best thinking. Mostly I focus on famous scientists because I just happen to know of more scientists than, say, economists, historians, or poets. 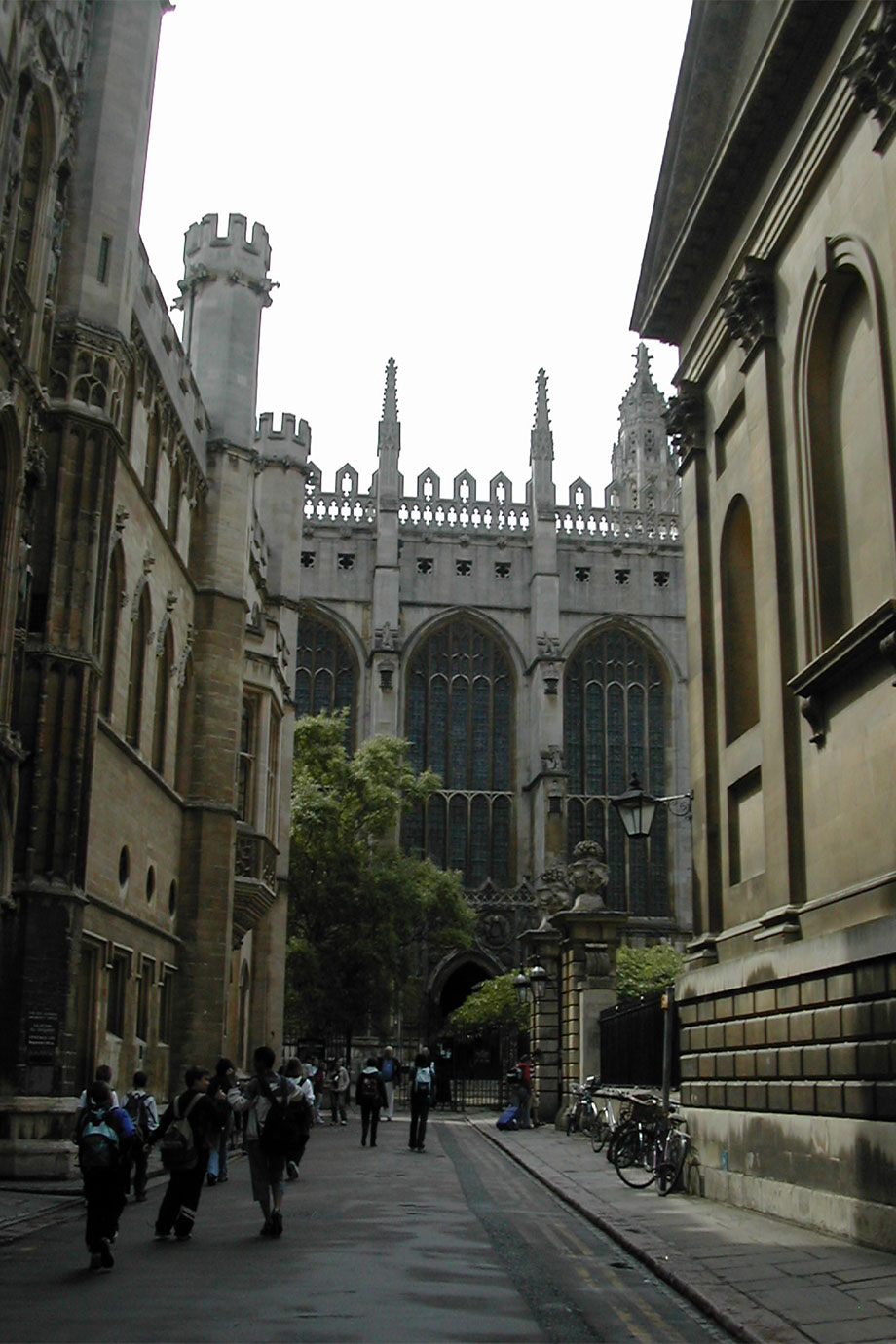 In this mental exercise, I picture myself traveling through time to see a young Charles Darwin walking across the green or Sir Isaac Newton heading to the lab. Of course, at University of Cambridge, this mental game can soon become overwhelming. Instead of wandering campus with one or two ghosts of scientists past, you end up in a bustling crowd of some of the greatest minds science has ever known.

The list of notable scientists who were Cambridge-educated is quite simply jaw-dropping. First there are the uber-scientists: Sir Isaac Newton, Charles Darwin, Francis Crick and James Watson. Those names are familiar far beyond the walls of science.

Then there are the scientists whose names may be obscure but their achievements are not. To begin, there’s Francis Bacon, the inventor of the scientific method. His name may not be as recognized as Darwin’s but his ideas formed the foundation of all the science that was to follow. Including that of Darwin. To continue, there’s the guy who discovered antimatter (Paul Dirac), the father of nuclear physics (Lord Rutherford), the pioneers of atom-splitting (Sir John Cockcroft and Ernest Walton), the inventor of modern computing (Alan Turing), the discoverer of the neutron (Sir James Chadwick), the formulator of classical electromagnetic theory (James Clerk Maxwell). There’s Niel Bohr and Lord Kelvin and Henry Cavendish (the structure of the atom, the Laws of Thermodynamics, and the discovery of hydrogen). At Cambridge, you’re chasing a crowd if you dare wander campus looking for ghosts of scientists past. 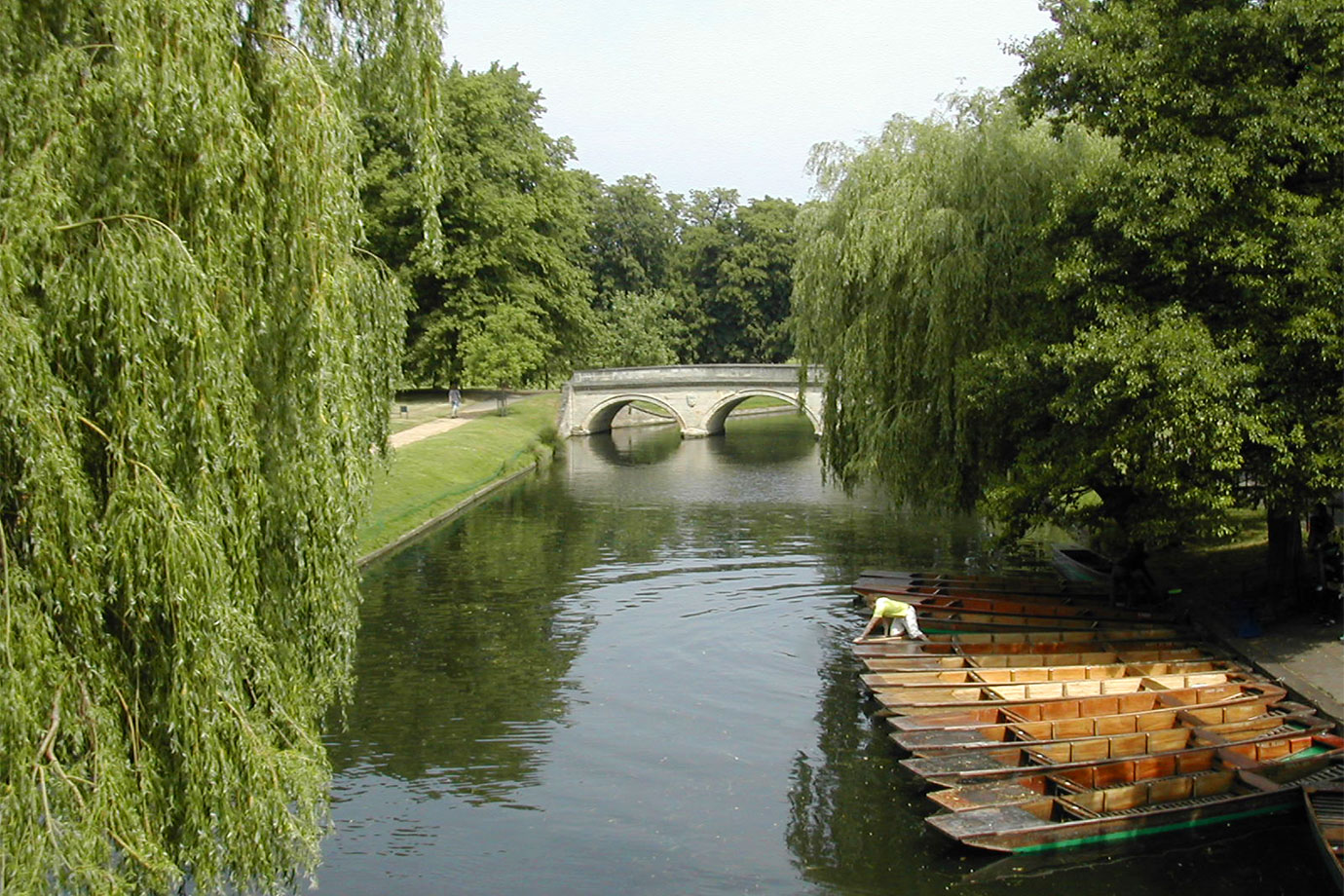 Looking along the River Cam towards Clare Bridge, with a dozen or so chauffer punts lined-up at the riverside.
Tags for this entry:   science · sightseeing
« Previous · Weekend in Cornwall
The Rains · Next »