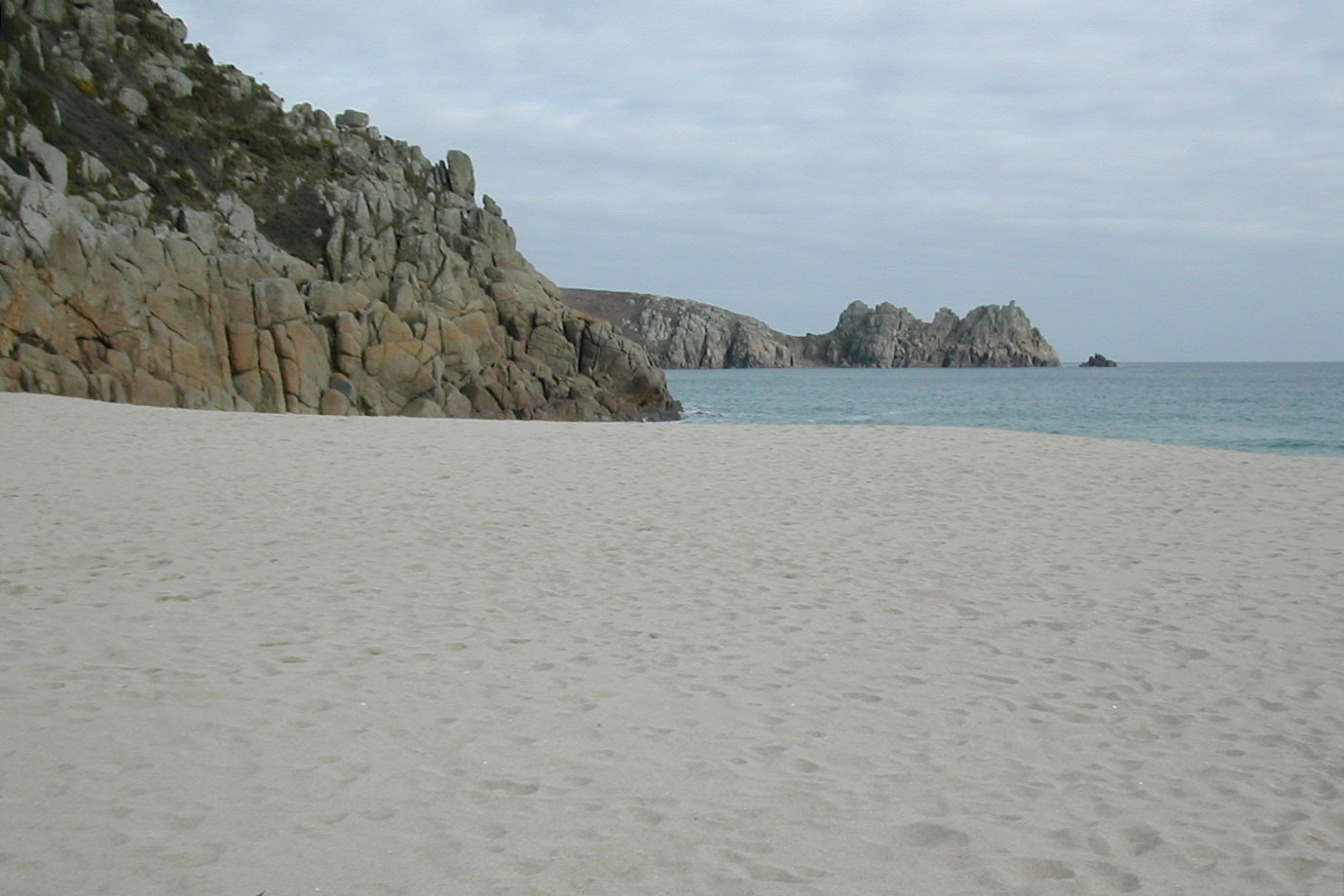 We booked a short holiday at a cottage on Porthmear Farm in Pendeen, Cornwall. On the day of our departure, it took us ages to get organized and out the door. We couldn’t decide what to bring and in the end didn’t decide at all.

We simply crammed as much stuff into the car as would fit, including several bulging suitcases, a comforter, a pile of hardcover books, and two boxes of food. Eight hours later, car bloated and swimming in darkness, we arrived at the cottage. 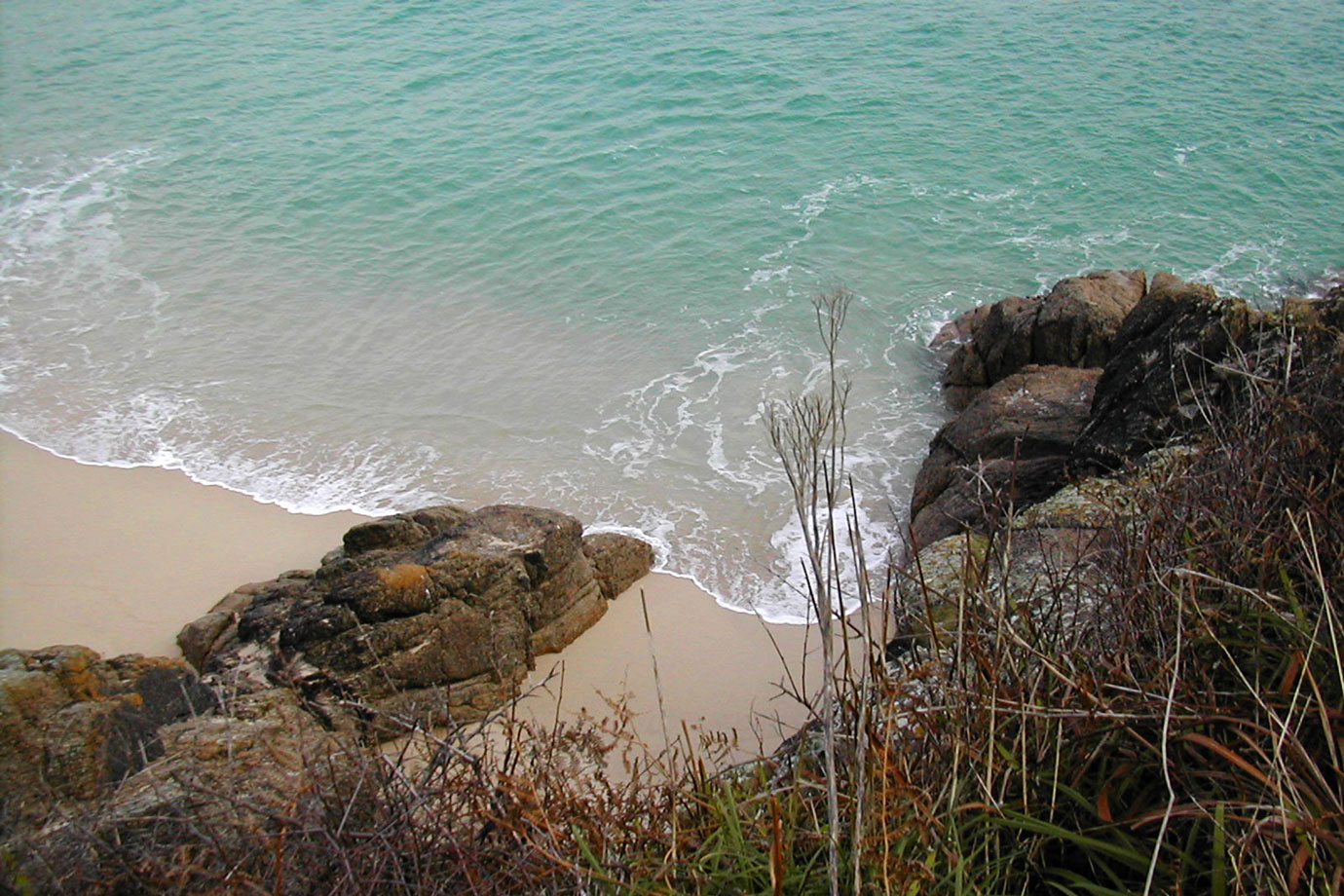 The cottage was warm and inviting when we arrived. Fresh scones, homemade strawberry jam, and clotted cream sat on the kitchen counter for us. We made several trips back and forth to the car to unload our trunk.

On one trip, we paused to look up at the sky. It could have been the night sky from another planet. There were so many clusters and sprinkles of stars that it was difficult to find familiar constellations. But the wind needled its way through our coats and we abandonned our gaze and we went inside. 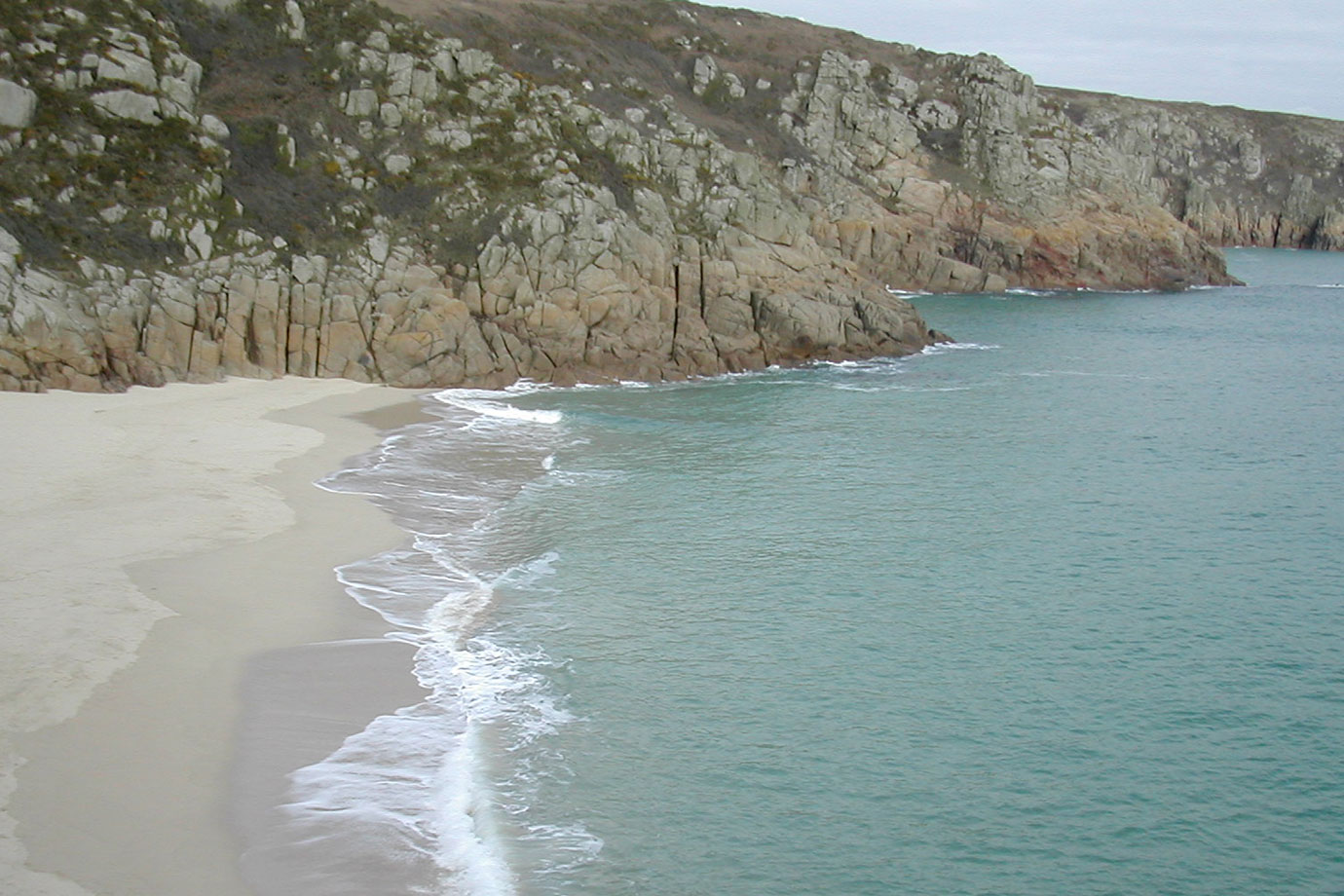 We drove into St. Ives the next day, parked at the top of a hill and walked down into the village. Again the sharp wind bit into us with icy teeth. The streets were empty. Tiny cottages and shops lined the streets, each one unique and many with colorful front doors of bright red, blue, yellow. The town was a maze of bakeries, Cornish pasty shops, gift boutiques, and art galleries. I was thrilled to find a few open, but most were closed until spring. We purchased two fine art prints and two pasties. A couple of pints of beer and some hot food rounded out the afternoon. 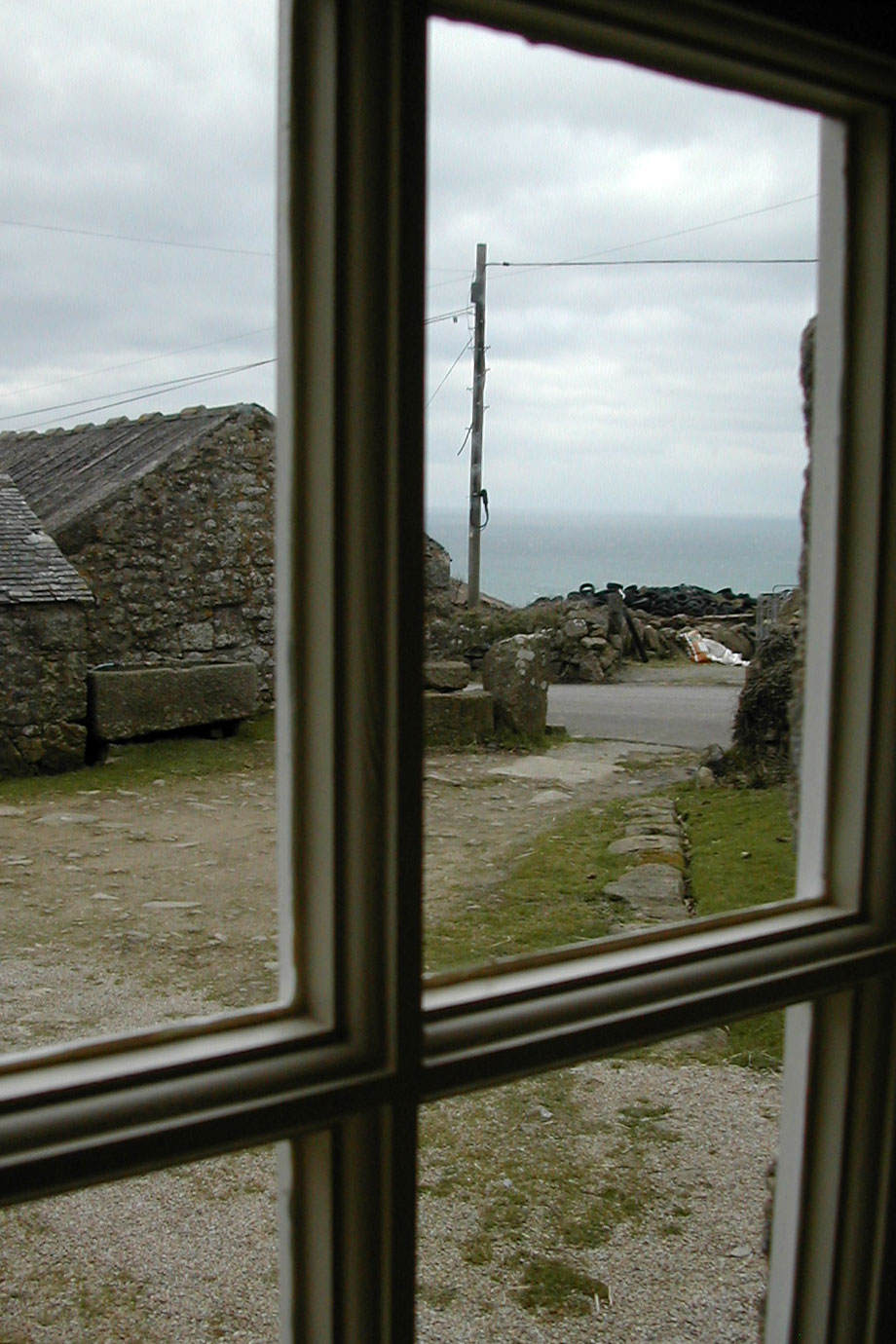 The view out our cottage window.

We went to Land’s End on Monday morning. Not surprisingly, we found that there’s plenty of warning as you approach Land’s End that, if you keep going, you’re in trouble. Take for instance the First and Last Inn in England. And the Last Postbox in England. And the flimsy little rope with the scribble of a sign that warns of the cliff and abysmal drop to the crisp waters of the Atlantic below. It’s all a bit apocolyptic for a Monday morning, but to our amazement, we were crafty enough to venture just far enough to see Land’s End without plummeting over it. 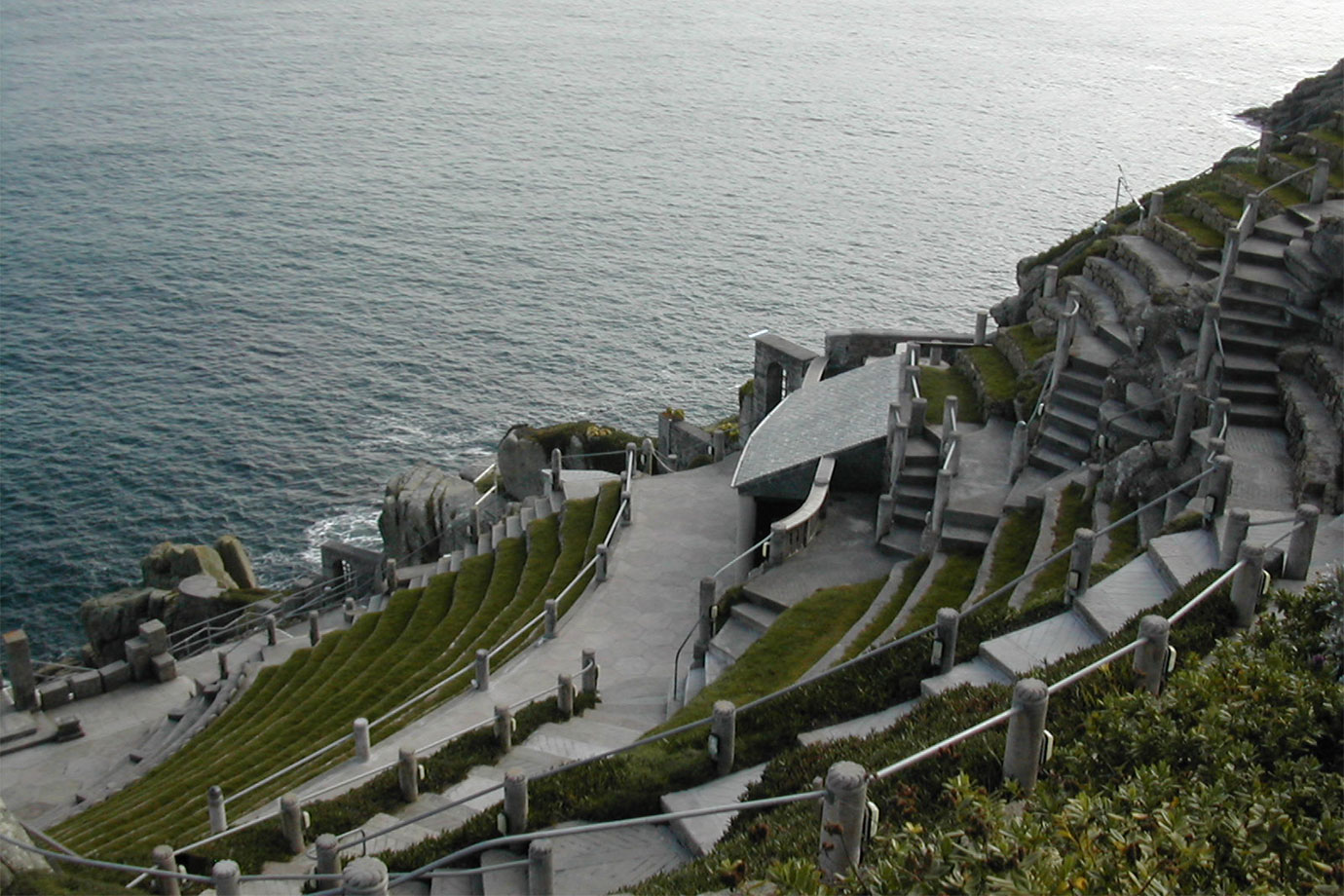 The Minack Theatre is a spectacular theatre carved into a seaside cliff face. I don’t know much about the Minack’s history (really, I need to do my research before I go to a place) but I must say it is stunning. In fact, if you do what we did which is to park at the public beach next to the theatre and climb the deceptively innocent looking path up the hill (which transforms into a shear face of barren vertical rock about half way up), you not only appreciate the grandeur of the Minack but also experience a flood of joy after simply surviving the ascent. Next time we’ll drive up to the Minack’s proper car park, which sits safely atop the sea cliff. 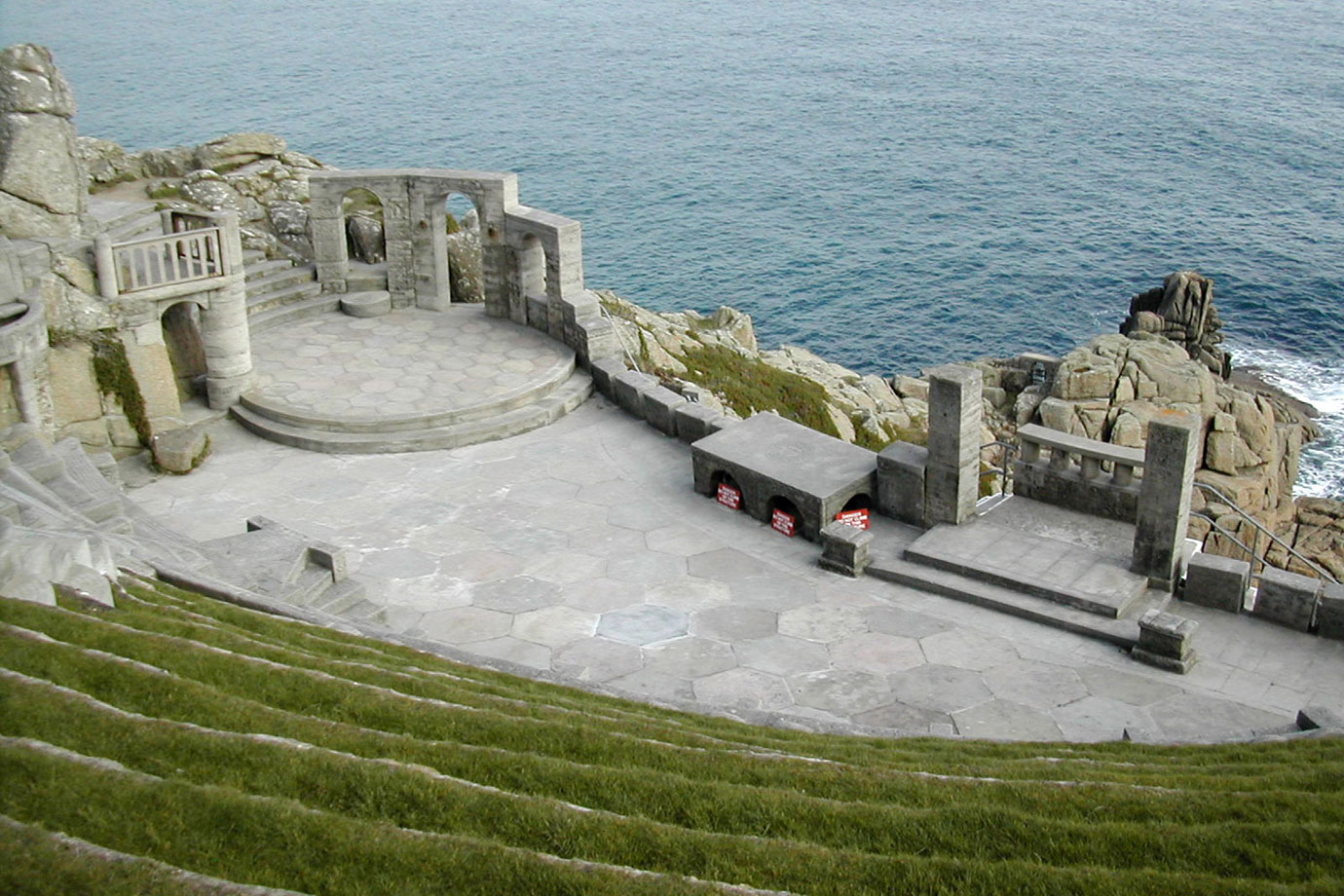 I’ve thoroughly enjoyed this cruise, but I harbor considerable guilt regarding the environmental impact of these huge ships.