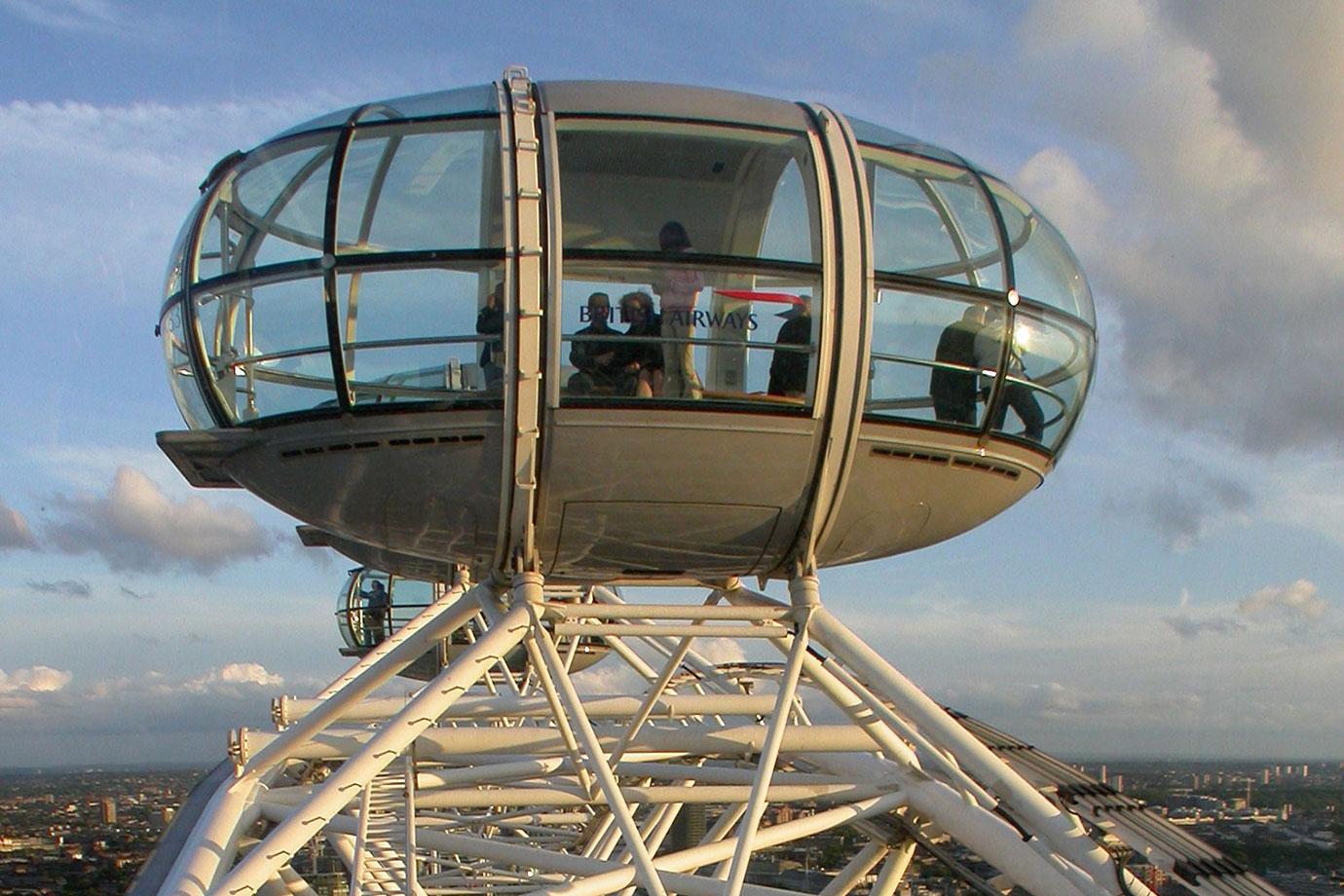 It’s been a lovely trip to London and our visit is almost over. One last thing we want to do before heading home is to take a spin on the London Eye. To avoid the daytime crowds, we schedule our ride for half-past eight Sunday evening. Scheduling a ride on the Eye is similar to booking a flight—you get a boarding time and show up at the gate to stand in line with your fellow passengers. It’s very well organized, no crowds at all. So I suppose that makes it quite a bit better than booking and taking a flight. The best thing was that it was such a quiet, crowd-less evening that we had a capsule almost to ourselves—there was only one other couple riding with us. 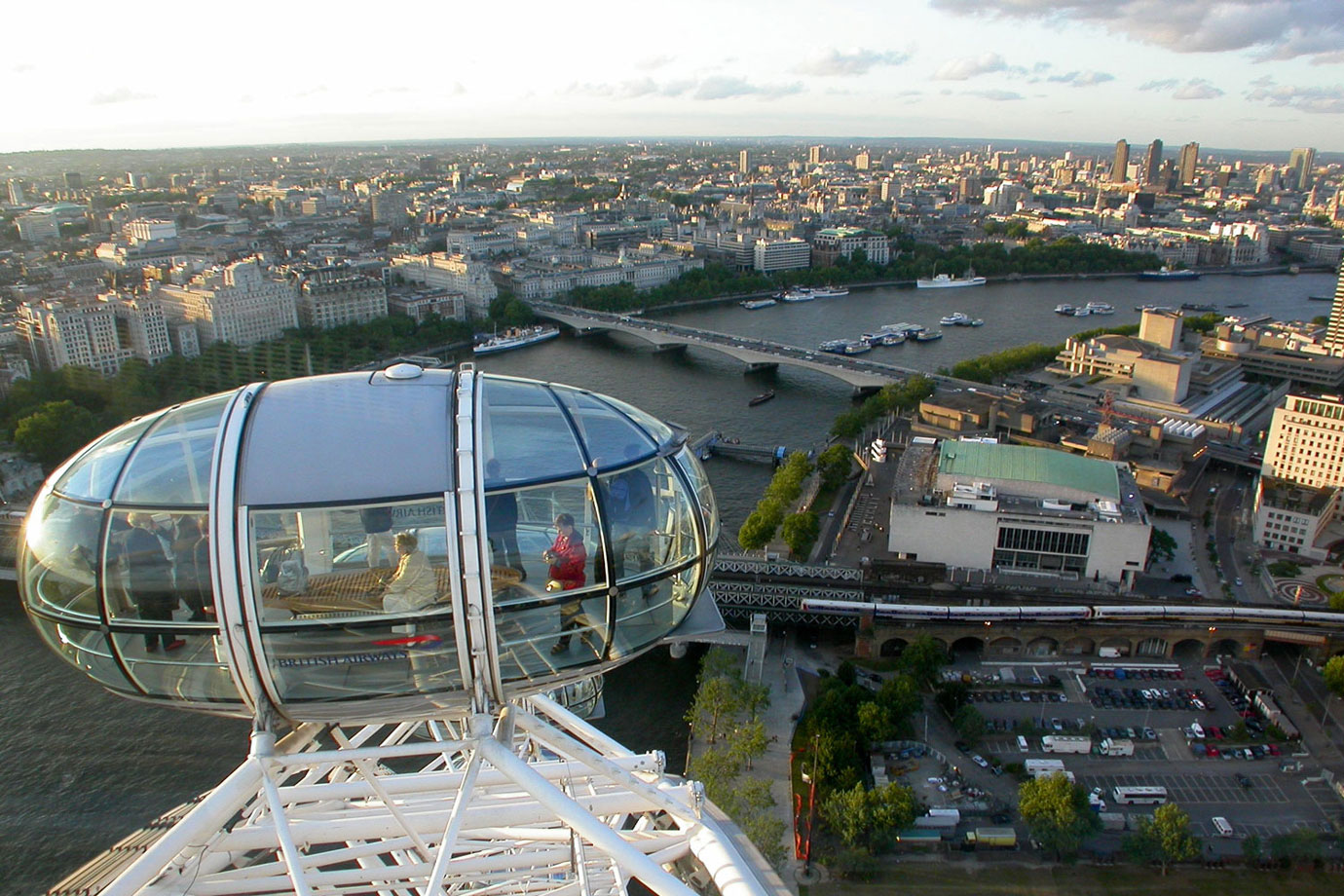 The views from the London Eye are spectacular. The evening light in London during the summer is beautiful. The sun fades below the horizon slowly so it gives a sense of relaxation, a sense of calm. It’s like time slows each evening during the British summer. 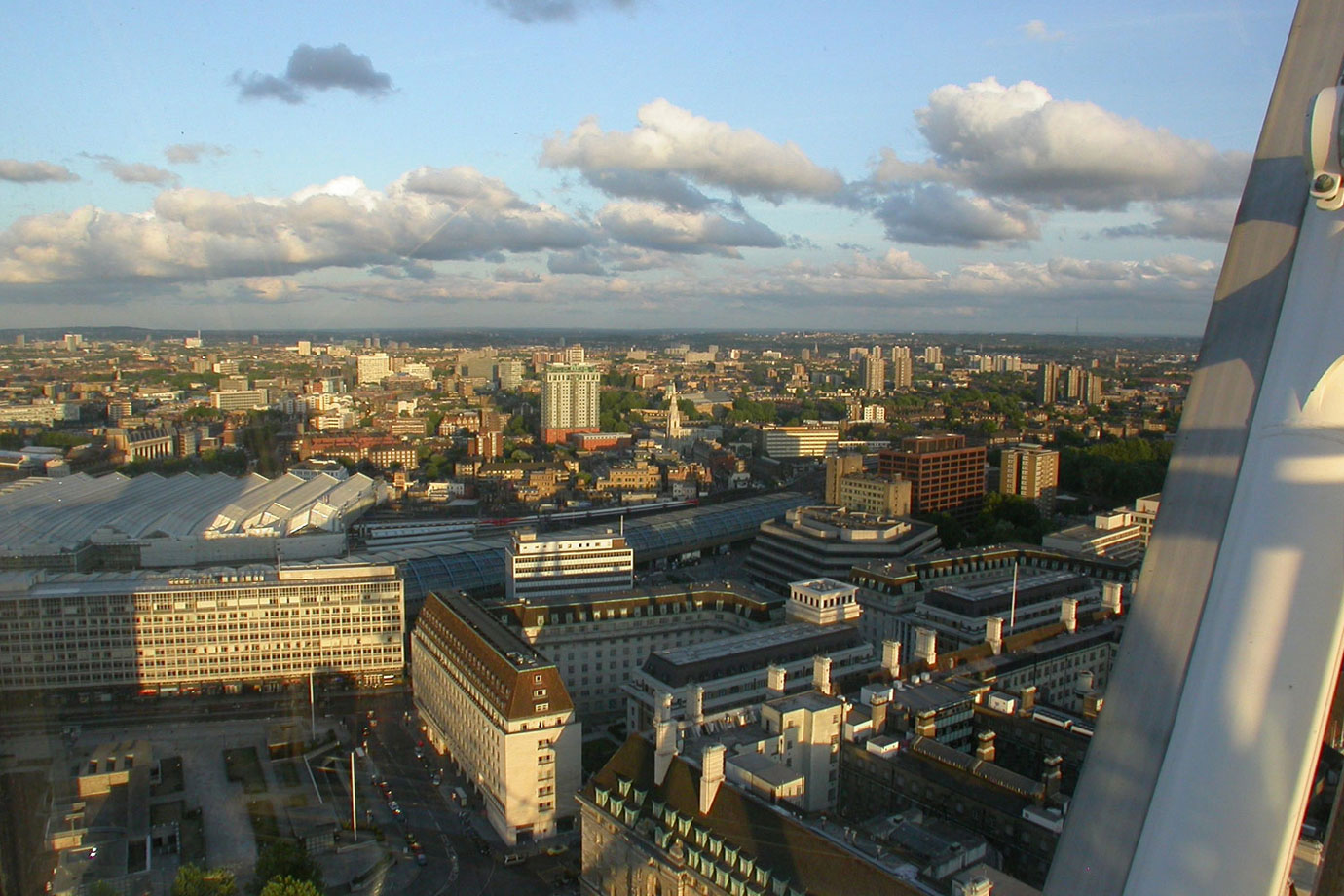 If you ever visit London this time of year and your schedule permits, I highly recommend going on the Eye in the early evening instead of midday. Of course, it also helps if it’s sunny out. But that can be difficult to control in Britain. So to a certain extent, we really lucked out with this trip.

We were both exhausted by the time we disembarked the Eye. We had, by that time, walked all over London for four days straight. So we stumbled our way back Kensington. We stopped in at a little Italian restaurant next to our hotel for some dinner. After we ate, we returned to the hotel and collapsed into bed. 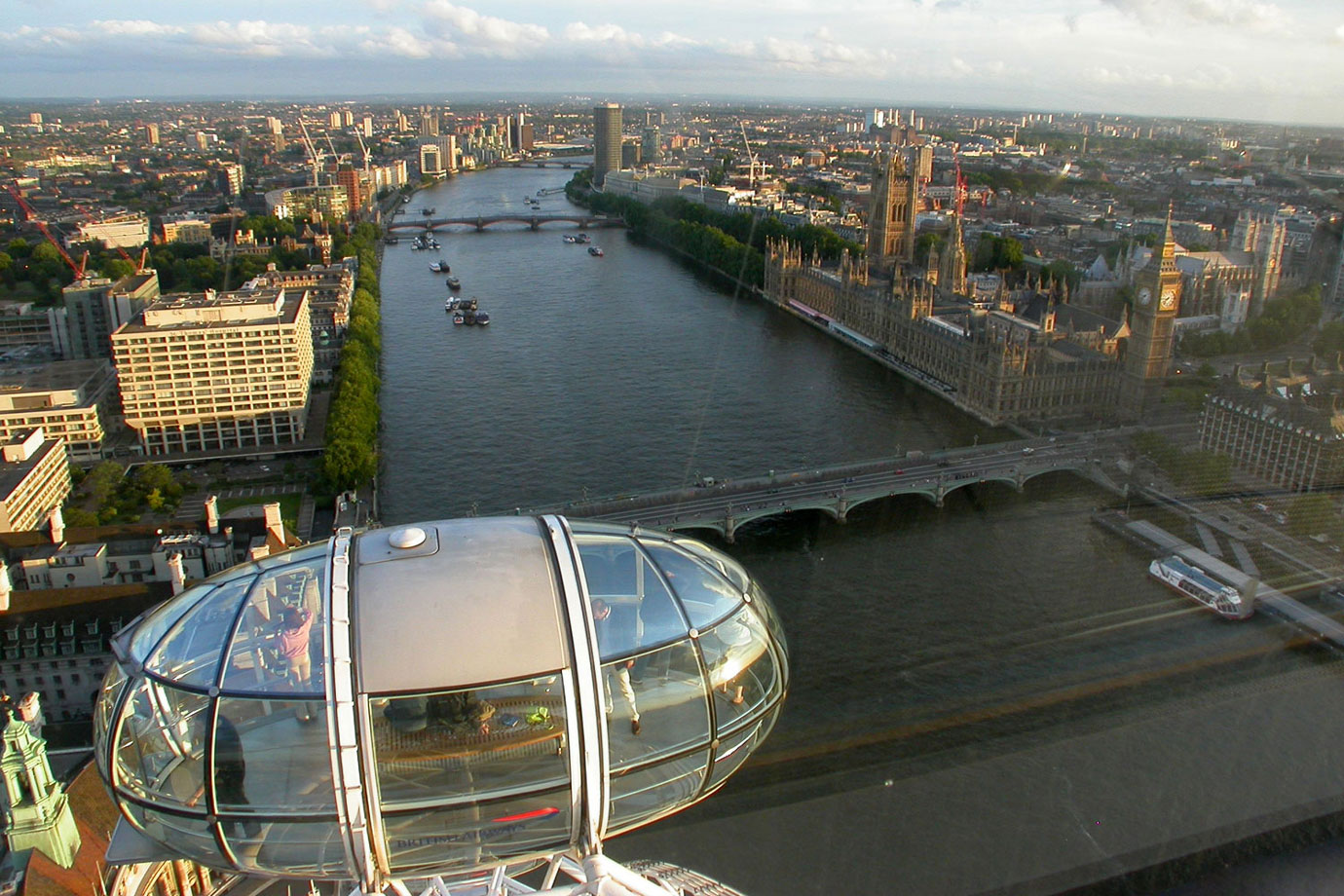 There’s something about urban sightseeing that just knocks me out. Perhaps it’s the pounding of feet on pavement for too many hours, or all the waiting in lines to get in our out of crowded buildings. But it never fails—after a few days spent trekking about a city, I achieve a level of exhaustion that rivals the aftermath of running a marathon. Not that I would know what the aftermath of a running marathon feels like, but you get the idea. 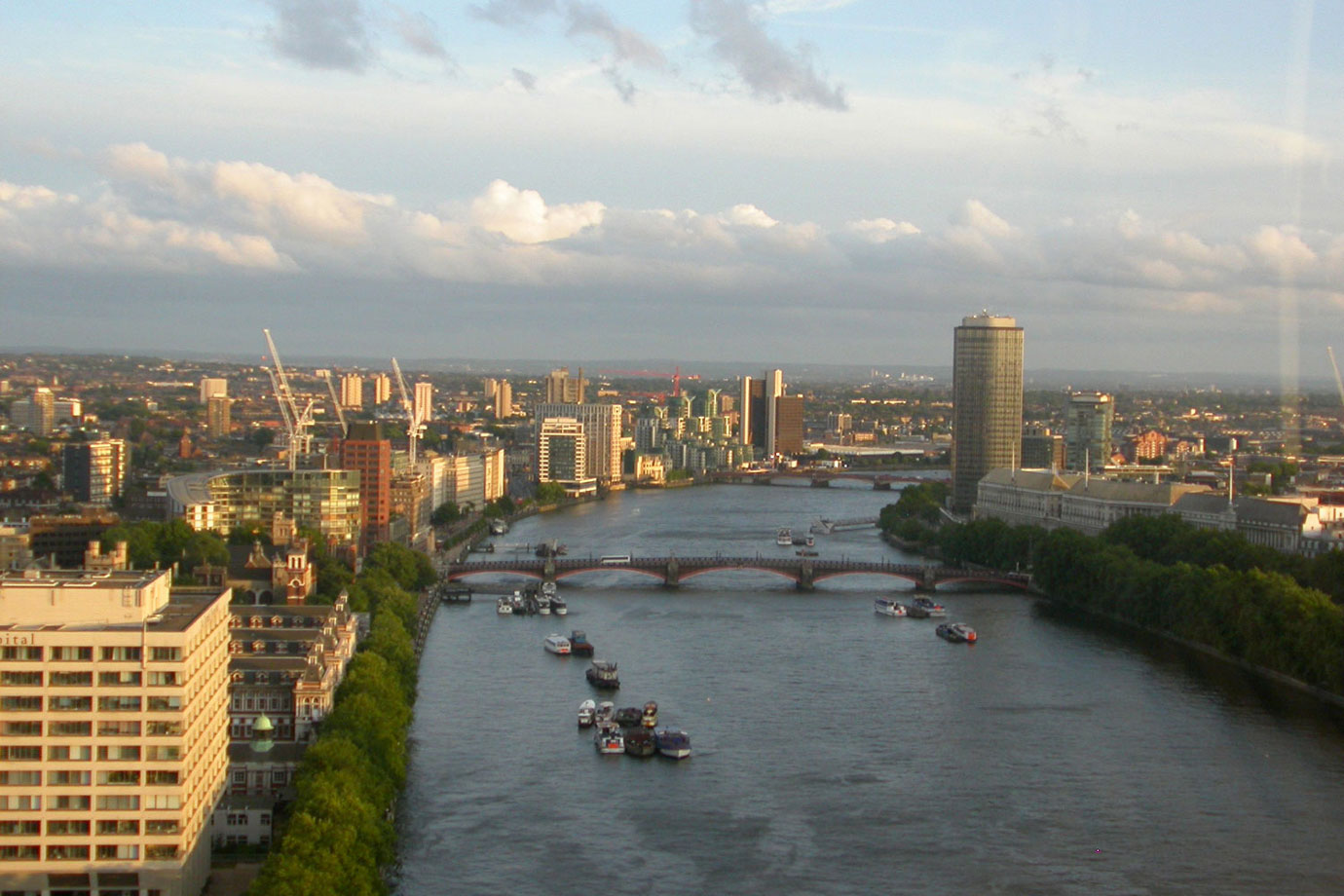